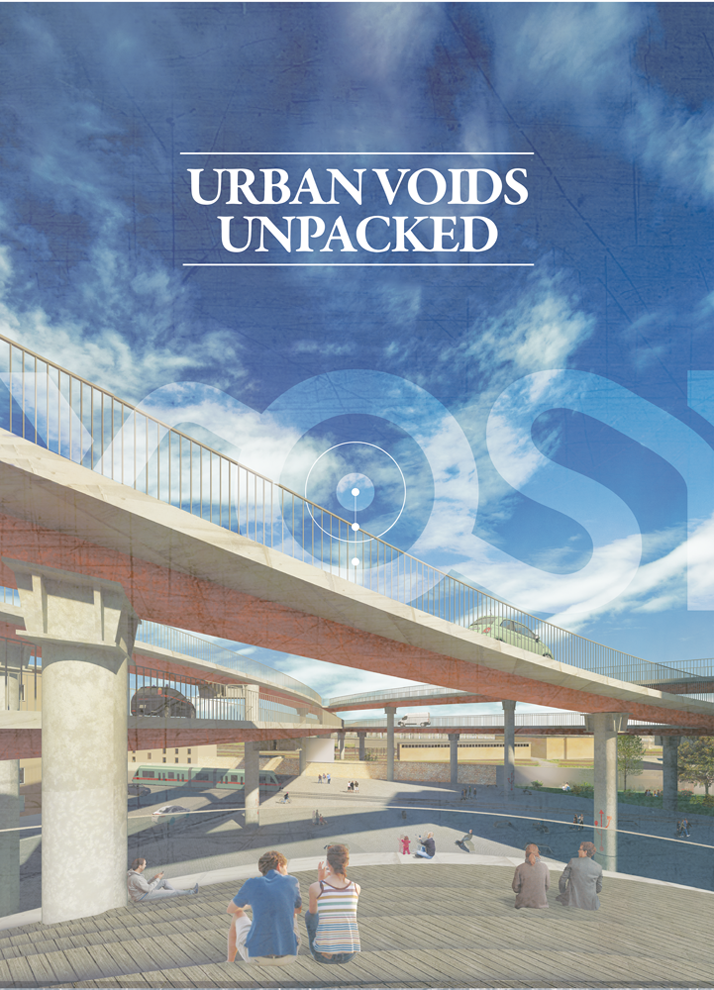 This Master Thesis project aims to create a concept of how Urban Voids can be used as a catalyst for the development of their environment. Combining analyses with a pragmatic design, this project uses a solid theoretical background as well as a solid case study, to bring the concept to unpack the potentials of Urban Voids. Mixing practicality, economic feasibility and creativity, the design of this project aims to create a realistic understanding of the site it examines and deliver an interesting and thought stimulating project. The result is made up by a beautiful, atmospheric mental image of Urban Voids as a catalyst for urban development, combined with technical information to further the evident feasibility of such a project.

As urban designers, we directly have the power to influence the way people perceive our spatial surroundings. However, that environment is not only physical, but rather far more complex. Just as important as the built setting, urban voids can play an equally big role in the designing of a city’s atmosphere, the experiences it offers and its future development. Rome is made up of various and distinct components, not all of which are coherently connected. The urban fabric at the moment is torn up by unused spaces, decommissioned areas and most of all, unseen to most – urban voids. Aiming to break apart conventional ways of perceiving the spatial environment, the strategy of this Master Thesis is to develop a plan with which to inform people of the hidden possibilities of their surroundings and help them explore them to their full potential, using a solid example of rethinking the flyover space beneath Prenestina 64. The main goal of this Master Thesis is to relate together and create a balance between several aspects – creative design, economic feasibility and social geography. This project is based upon three design phases, all of which are accumulated through smaller objectives that the project aims to achieve.

In the course of working with this project, the first main focus was to pick out a great example of an Urban Void in a big contemporary city, one which possessed the qualities to be large enough in scale to be used both as a case study for further development of the subject and reflect upon as academic pupils as well as future Urban Designers. Studying its problems and potentials, we aimed to understand how it actually connects to its environment and of course how can this Void provide a vital prospective towards the revitalization of urban development within its context. Their relations to the built environment, as well as to each other, provide key information on how the perception of them can be changed in an impactful way. In other words, the Voids can be designed and programmed in such a way that they supplement their environment. The interesting thing here is that although planned, or staged from above, in a particular way, these catalysts are not dictated by a single-minded vision. Their impact extends beyond the confines of their relation to their surroundings and their purpose. For example, although the Urban Void with which this Master Thesis deals with is designed to be a social catalyst for its area, it also has an economic, cultural and in a way even political influence. Furthermore, it also interacts in the built environment, with the architecture of the site. 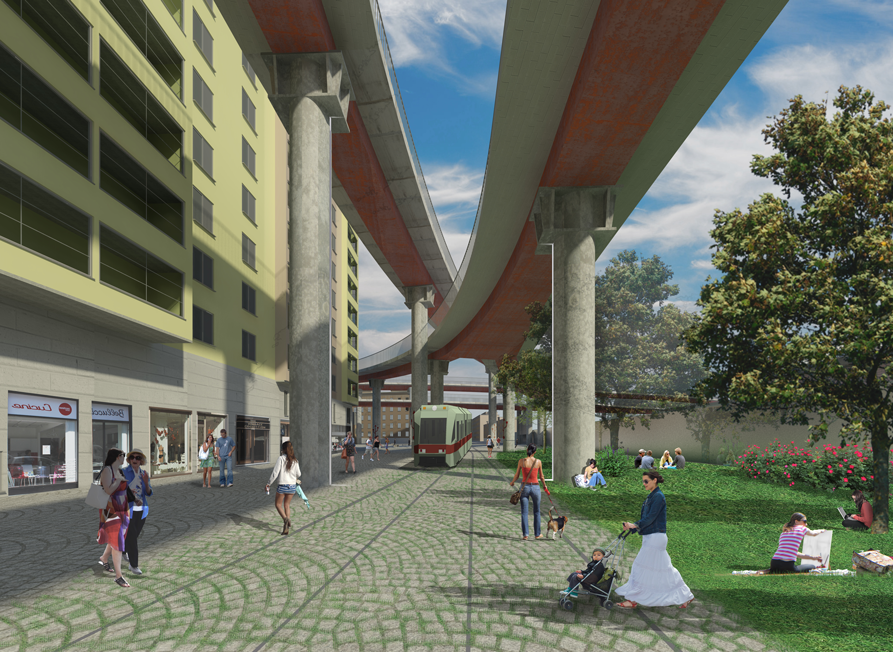 Design group formed during the development of the Master Thesis in Urban Design at Aalborg University in 2015. The group deals with nowadays cities, more specifically with its urban voids, and focuses its research on the human aspect of living urban spaces.
LOGIN TO LIKE
[pro_ad_display_adzone id='2269' ajax_load='1' info_text='Advertisement' info_text_position='' font_color='#' font_size='11']