Urban regeneration of the Jongno area and the Nakwonsangga building | Seoul, South Korea 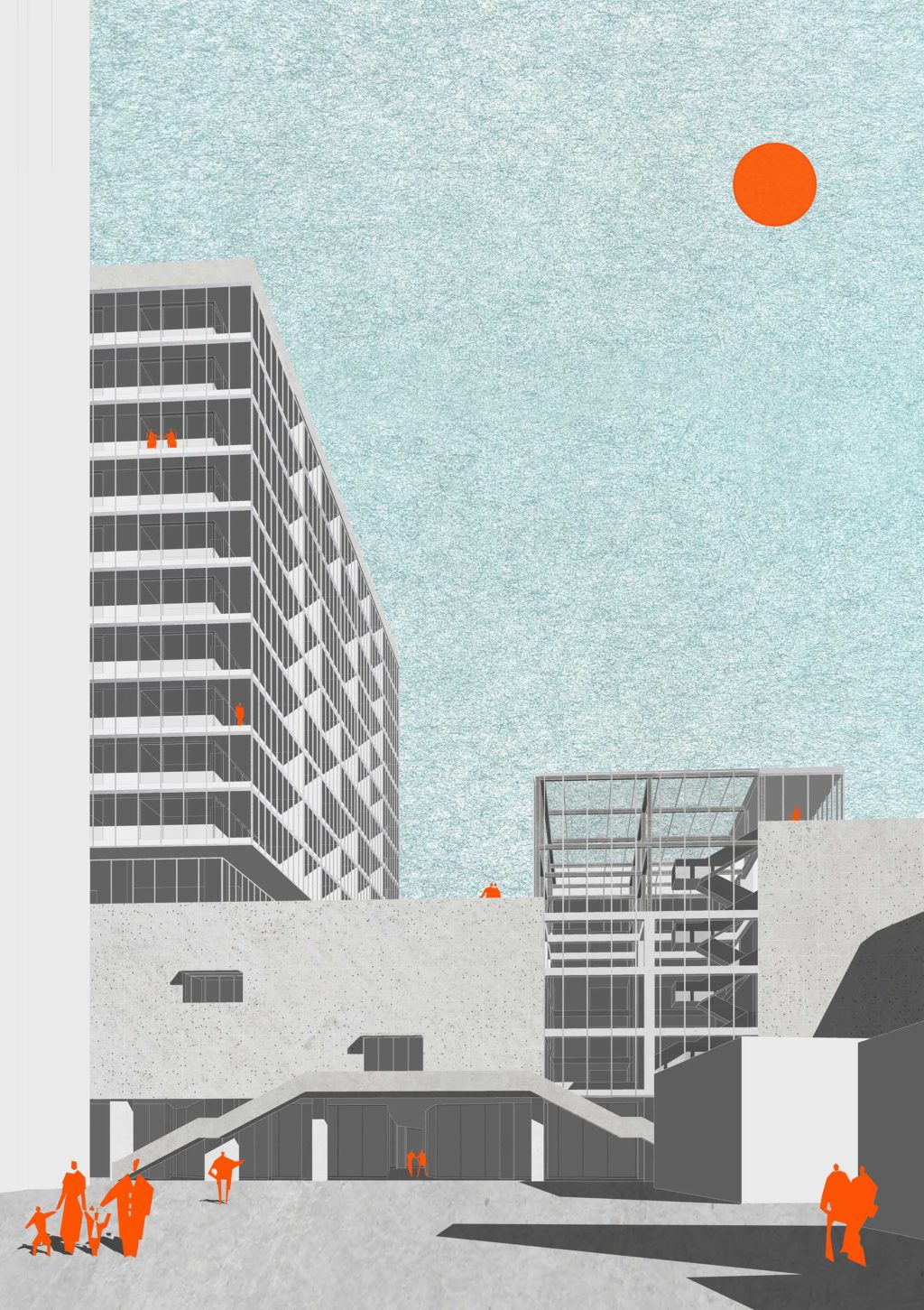 The project is in the heart of the Asian mega-city of Seoul. The Korean capital is a complex system of interconnected urban phenomena, even more than the other Asian megalopolis. The fact that it is one of the largest metropolitan areas on the planet, trailing only Tokyo, Shanghai and Jakarta, does not explain its real complexity. Despite its size, it is still based on a strong and clearly recognizable urban nucleus.
The transformation has been carried on with the attention to urban and architectural design with a certainly high pace. Having left space for quality research, today Seoul boasts a panorama of contemporary architecture among the most interesting on a worldwide scale. 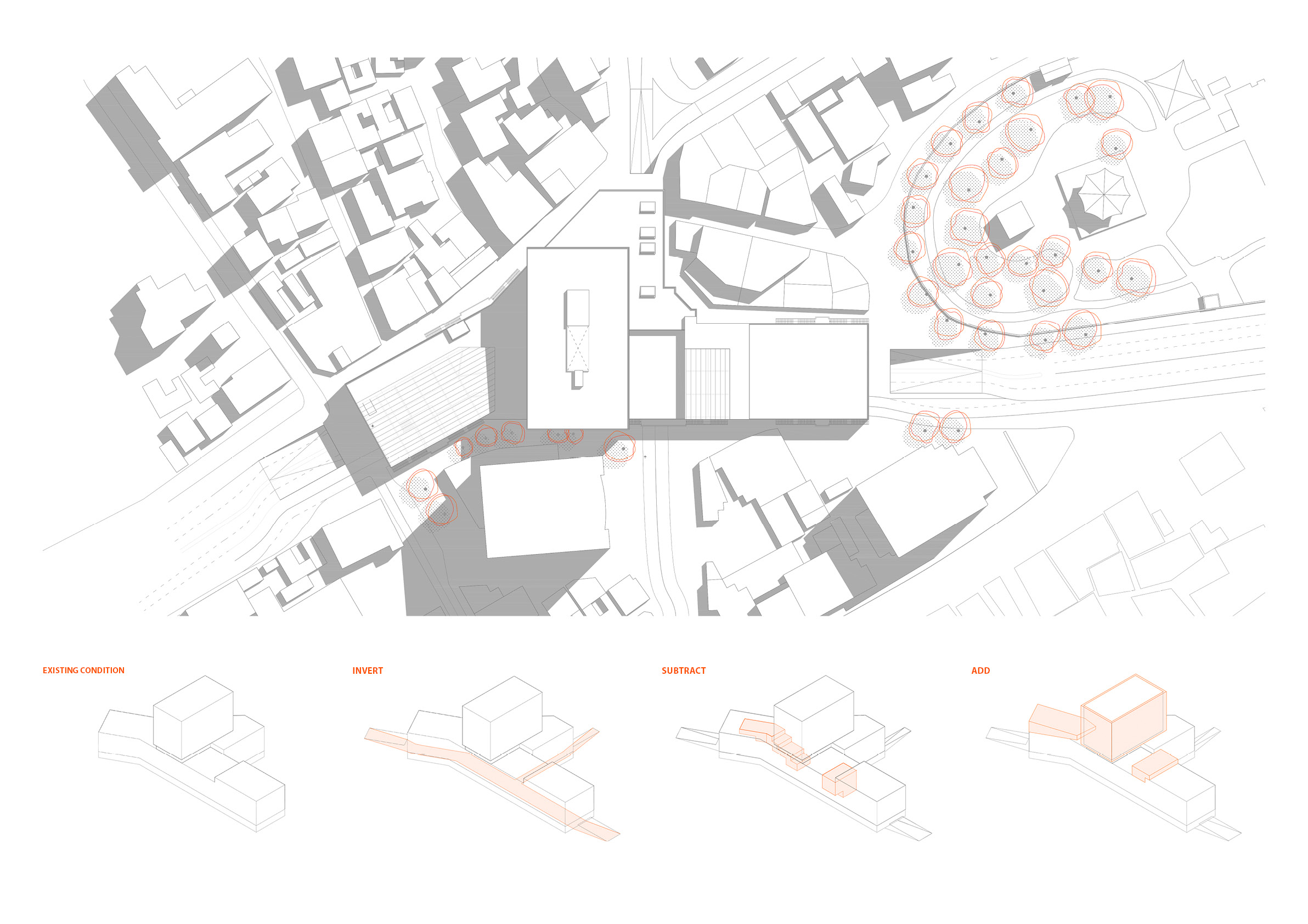 The configuration of the Nawonsangga district probably dates to the Joseon dynasty. The area of Jongno, along with Nakwon-dong, Iksun-dong and Insa-dong, was the center of culture and entertainment during the Joseon period. It is located half-way between the Gyeongbokgung and Changdeokgung palaces, thus explaining the site of the artists’ settlement, who from there could easily reach either royal compound. The area’s character, with many outlets for eating and entertainment, is connected to the tradition of Korean performances, where the serving of food and drinks was part of the show. Nakwonsangga became the central pole for music and the production of instruments after Korean independence, a moment of strong social disorder. Today, the areas of Insadong and Inksandong have a mainly commercial character. Insadong, based on an urban fabric of three- to six-floor buildings that can be found throughout Seoul’s center, hosts a large number of shops of artists and craftsmen, both small and large, catering to visiting tourists. Inksandong, which has a more fragmented fabric spontaneously derived from traditional buildings and hanok, is known for its restaurants and tearooms, mostly used by local residents. At daytime, Tapgol park is used by many elderlies who spend their time in its open spaces, as well as in the surrounding streets and eateries. 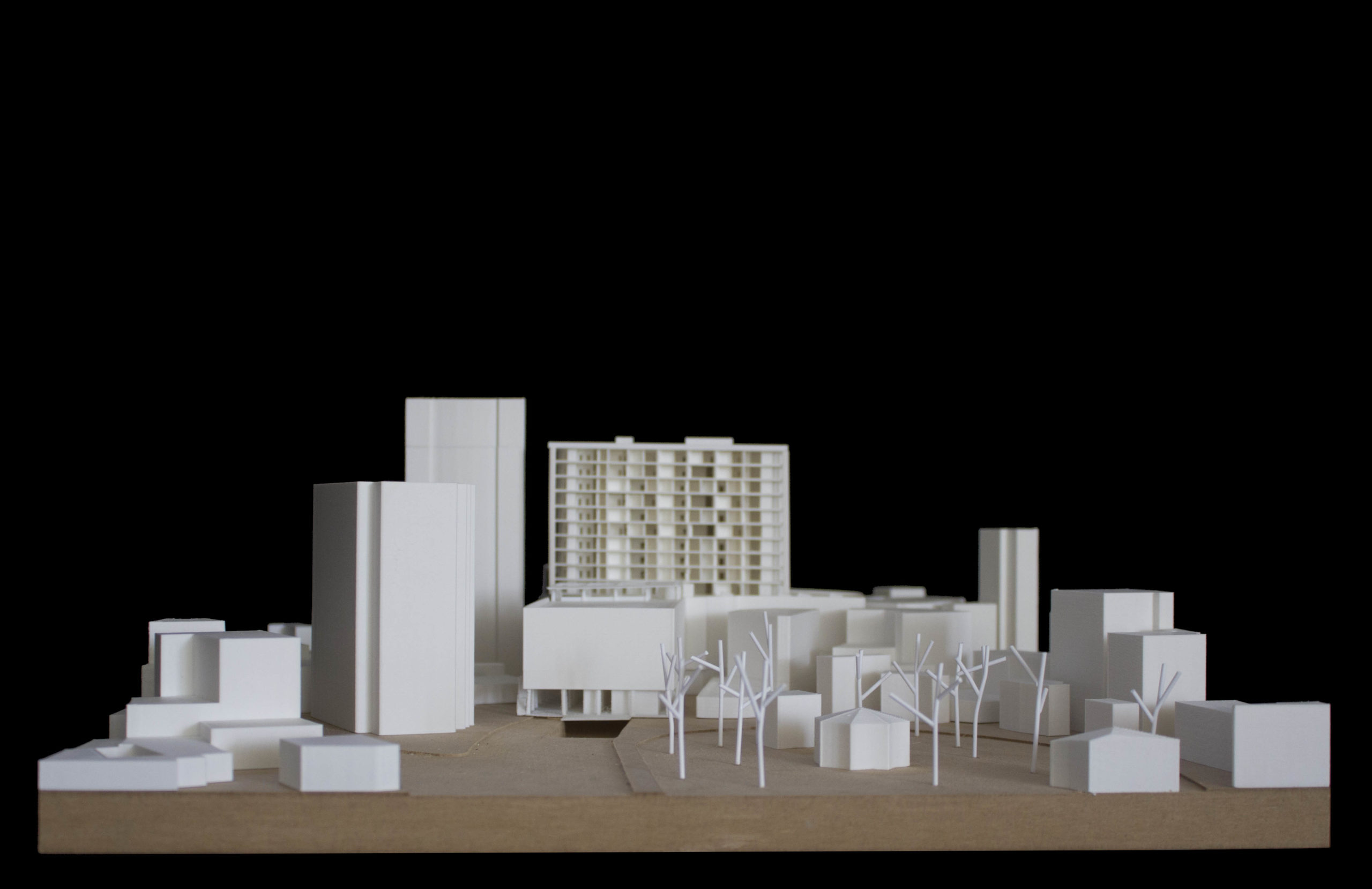 The design aims at regenerating the Nakwonsangga building and the surrounding area through three main interventions: invert, subtract and add. Invert: relocate the Samil-daero and Donwanmunlo 11-gil roads at an unground level, while placing the existing underground market and the ground floor, thereby extending and reorganizing it. The goal is to create a connection with the surrounding areas and the enhancement of the traditional market. Subtract: the four commercial floors that currently have no openings and suffer from the narrowness and darkness of spaces are reorganized, with a more generous system of connections, a ventilated, semi-transparent and operable façade, and two large openings with glazed walls and ceiling providing views from the exterior. Add: increase the apartments’ surface with a filtering space that can serve as a winter garden, to allow the access of more light and mitigate extreme temperatures. The introduction of a new volume in the western section of the complex allows the recovery of part of the demolished mass and the addition of a new creative sharing space. 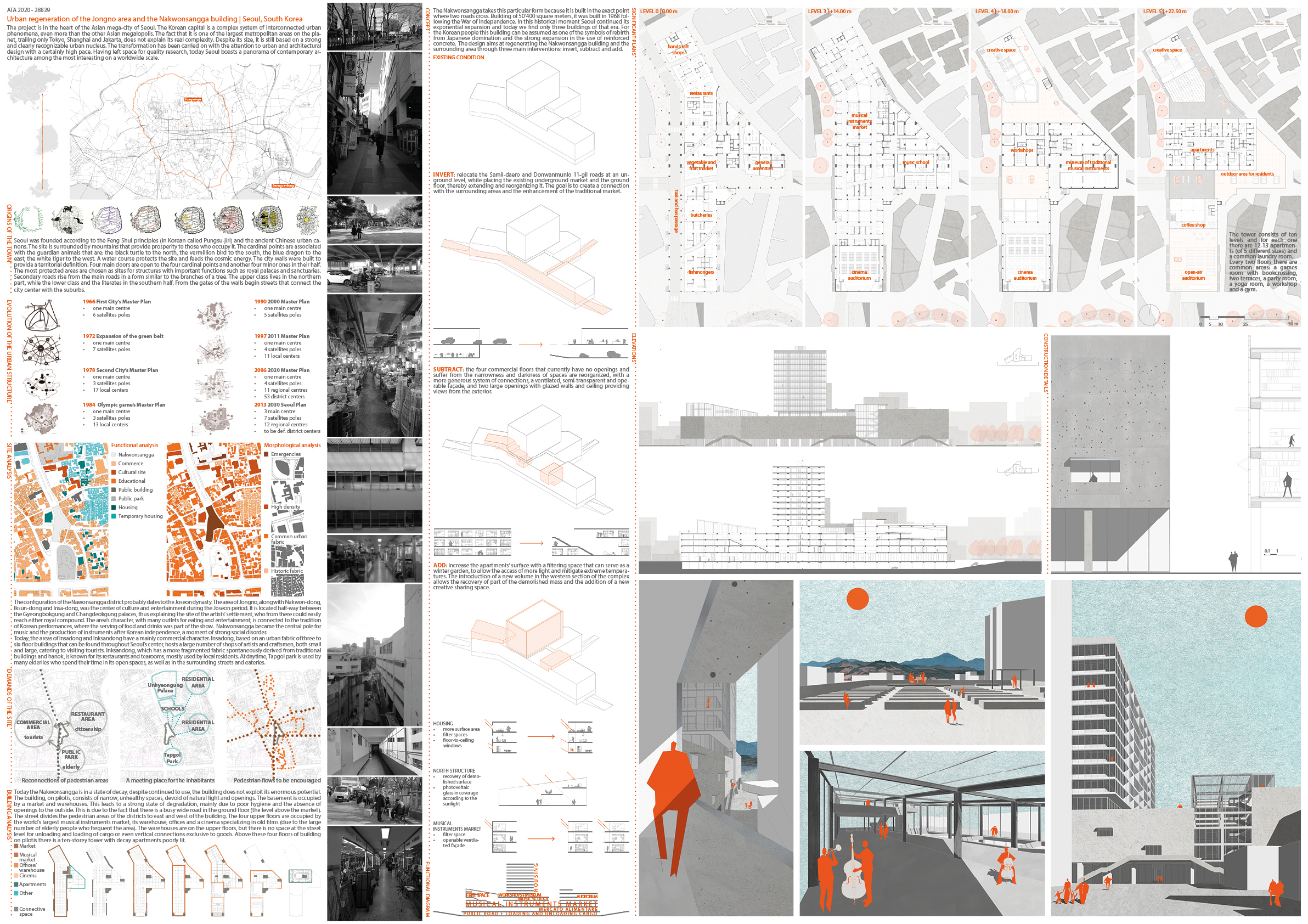 I’m a young architect and I recently graduated from Sapienza University of Rome with a thesis on the redevelopment of a building of 50,000 square meters and sewn up the historical urban fabric of the area. The building is located in Seoul and thanks to a scholarship I could've done research in South Korea. This experience allowed me to confront the Asian and Korean lifestyle and architecture. I’m collaborating with an architecture firm, but I'm looking for architectural opportunities around the globe.
FOLLOW
MESSAGE
LOGIN TO LIKE
[pro_ad_display_adzone id='2269' ajax_load='1' info_text='Advertisement' info_text_position='' font_color='#' font_size='11']