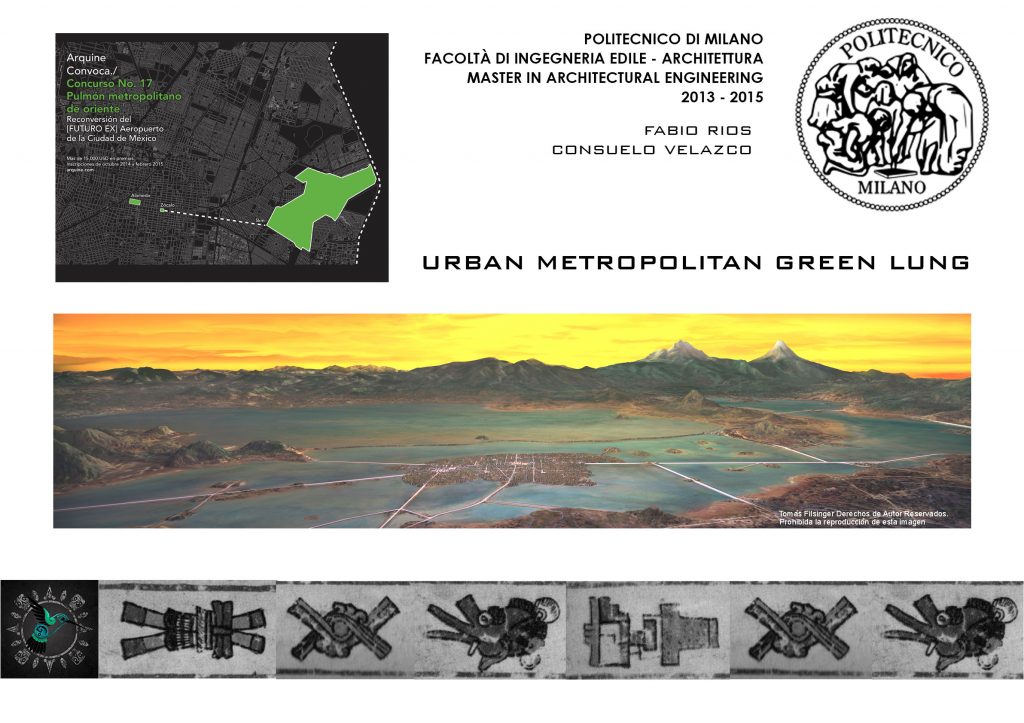 The object of this project was the creation of an Urban Metropolitan Lung in the east Mexico City, in an area of 750 hectares currently occupied by the Benito Juarez International Airport. The land use requirements were stipulated by the 17 Arquine architectural competition. The project proposes the creation a large metropolitan park that recreates the endangered ecosystem of the Texcoco lake, and a new transit oriented urban development that includes buildings for housing and the tertiary sector in a balanced mixture, as well as urban equipment and services of local and metropolitan scales. 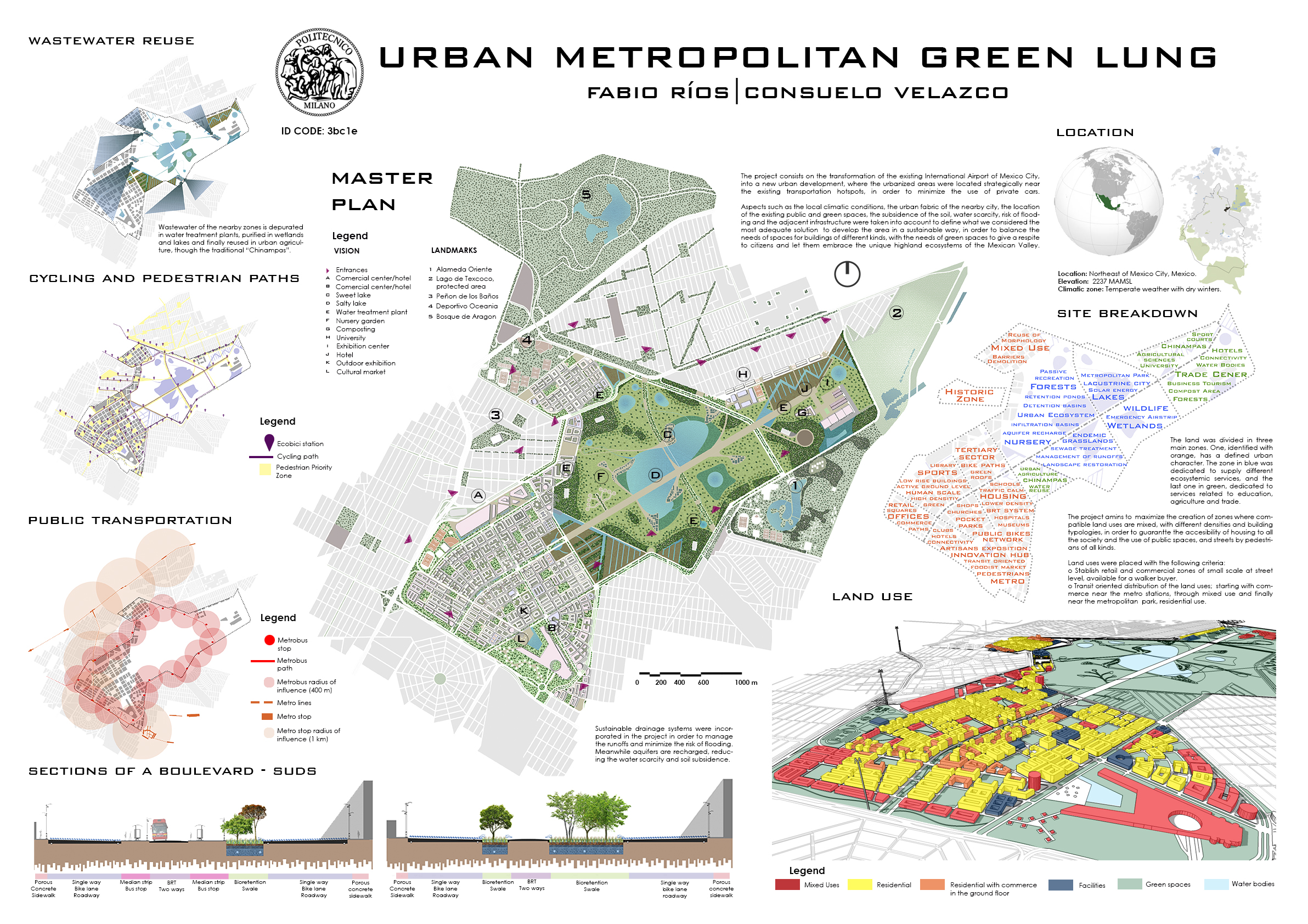