The River for the People 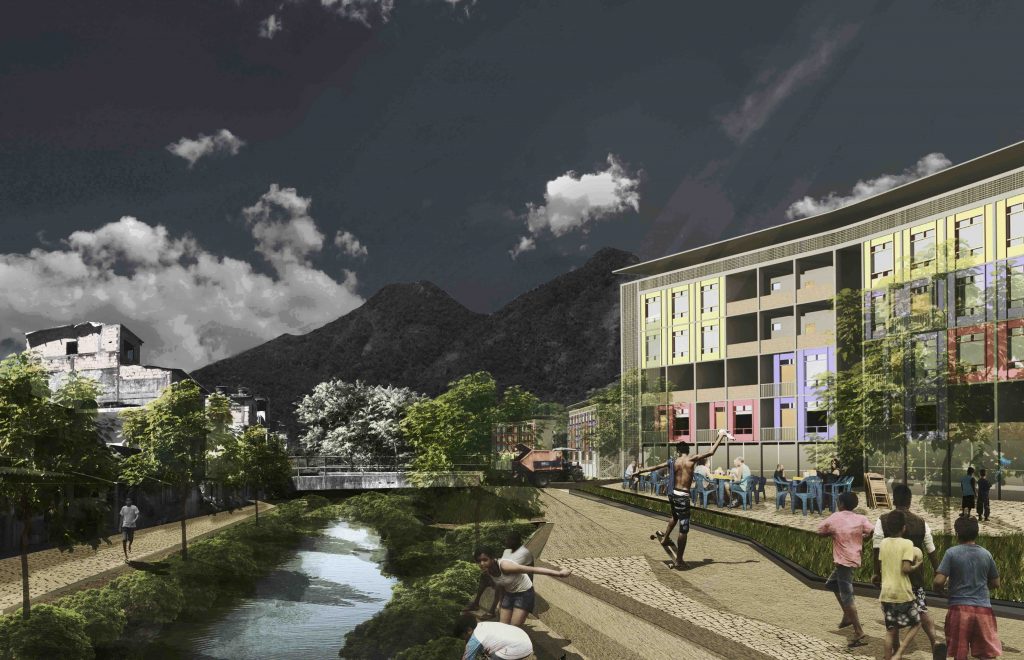 The ‘Das Pedras’ river plays an important role in the identity of the community, the ‘Favela Rio das Pedras’. The concept of continuous change of both public and private spaces places the project in the reality of a transformable city.

The inhabitants are co-authors of the project and influence it directly!
They are involved and a fundamental part of the design process!

The design proposes an urban experiment to improve the inhabitants living conditions:
(1) a new architecture approach to social housing;
(2) green infrastructure into the favela;
(3) the design of a new low maintenance linear urban park along the river. 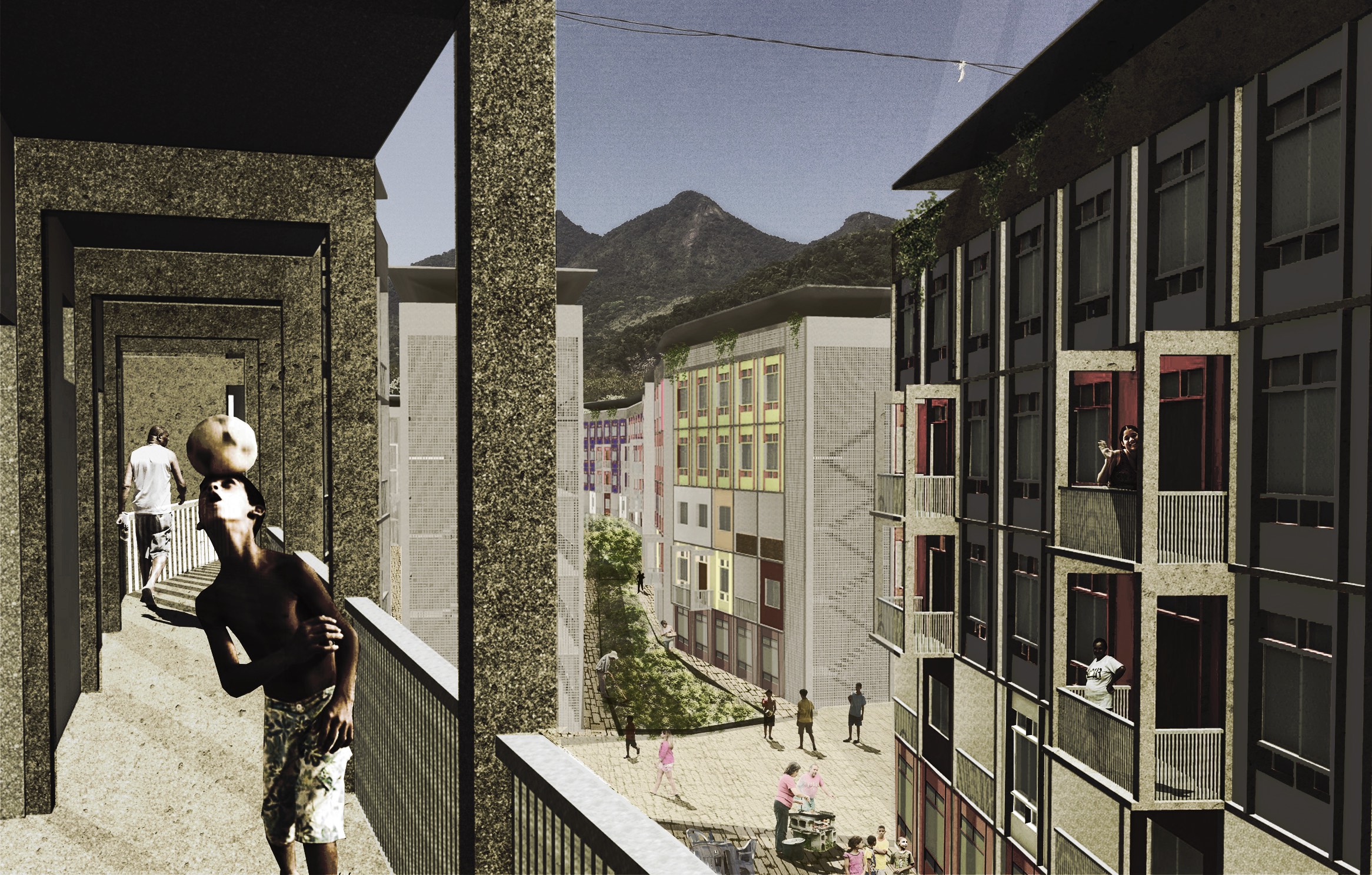 The spatial organization of the favela is ruled by the social relationships of its inhabitants. The lack of green areas and the high-density leave no free spaces. Social life happens in the streets. They are alive and full of people. This aspect was kept and in the design developed further. Although these social structures are important and must be understood and respected, there are many environmental problems, such as inadequate sewage management. The project criticizes the increasing gated communities and searches for the essence of the place at three different scales: - the scale of the city; - the scale of the immediate surroundings; - the scale of multifamily housing. The overall design concept was inspired from the ‘Das Pedras’ river itself. The river was the starting point for the green expansion from north to south at the site. The proposal considered the flood risks map to use potential areas upper stream to minimize the impacts of the river downstream. The expansion of the linear park to the apartment blocks through capillary roads connect the favela to the formal city. The new approach to social housing has its strength on the active participation of the people from the beginning of the design phase to its end. The design starts with the building shell and the basic installations and continues based on the personal situation of the owner. Over time people can construct it further and adapt it according to changes in their life. 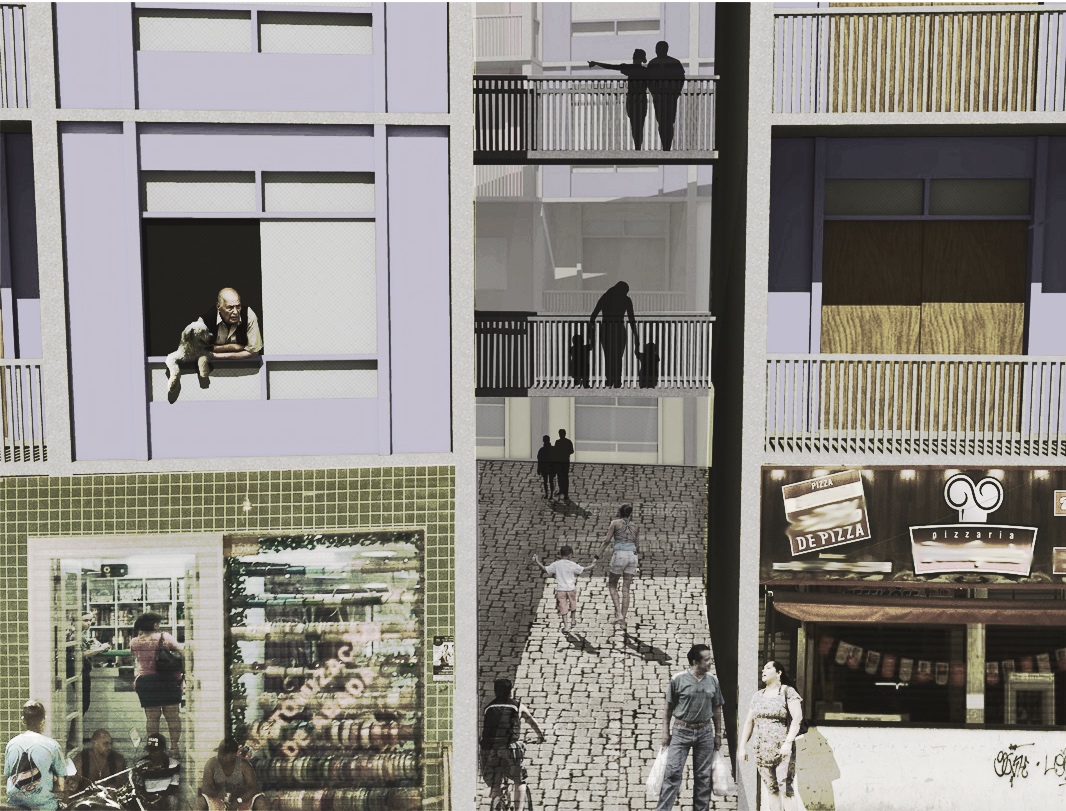 This low-cost approach enables a bigger audience to achieve and maintain quality living standards. The materials choice was based in common materials (bricks and concrete) easily accessed or produced in the Favela to minimize transportation costs and environmental issues. The community center is a place for the inhabitants to come together. It was designed to not compete with the public spaces but to promote them. It is a place for exchange. The structure would be initiated by the city and finished by the citizens through workshops. It would be a place in constant change, that would physically increase or decrease by each construction workshop. A building built by people for people! A place to learn construction techniques, to watch movies indoor and outdoor, to present works and to give workshops. 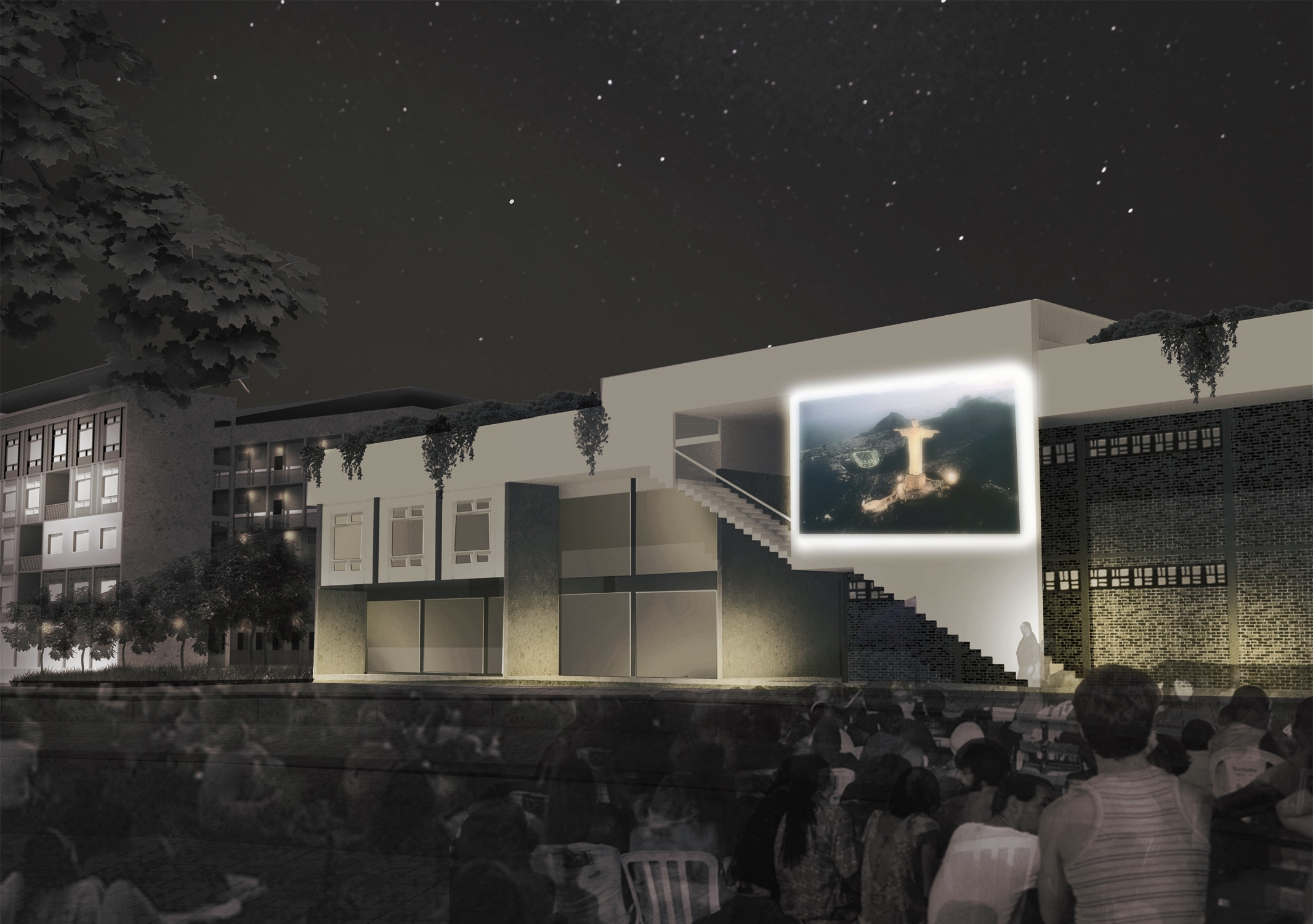 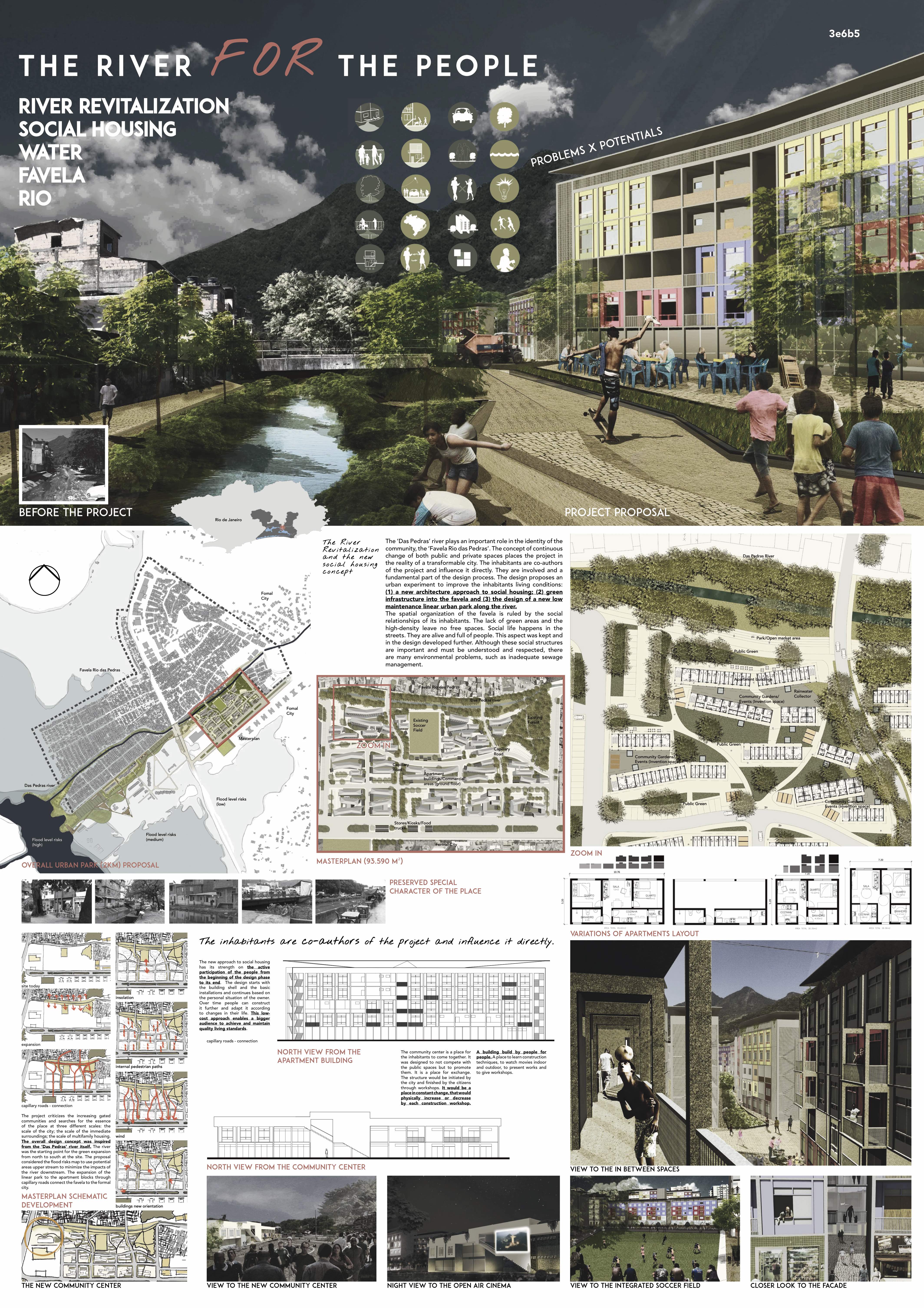