I purpose to understand the opportunities of intervention in contexts of precariousness, basing the study in community life supporting punctual structures. Cidade da Praia, capital city of Cape Verde archipelago is an active laboratory in questions regarding social precariousness and urban segregation. The city map allowed to launch two statements that became the foundation of the investigation: the main streets that give access to the city are surrounded by illegal based settlements that surpass the formal urban fabric in percentage and these settlements are marked by synthetic grass football fields, due to their color, generate a contrast situation regarding the surrounding territory dryness. 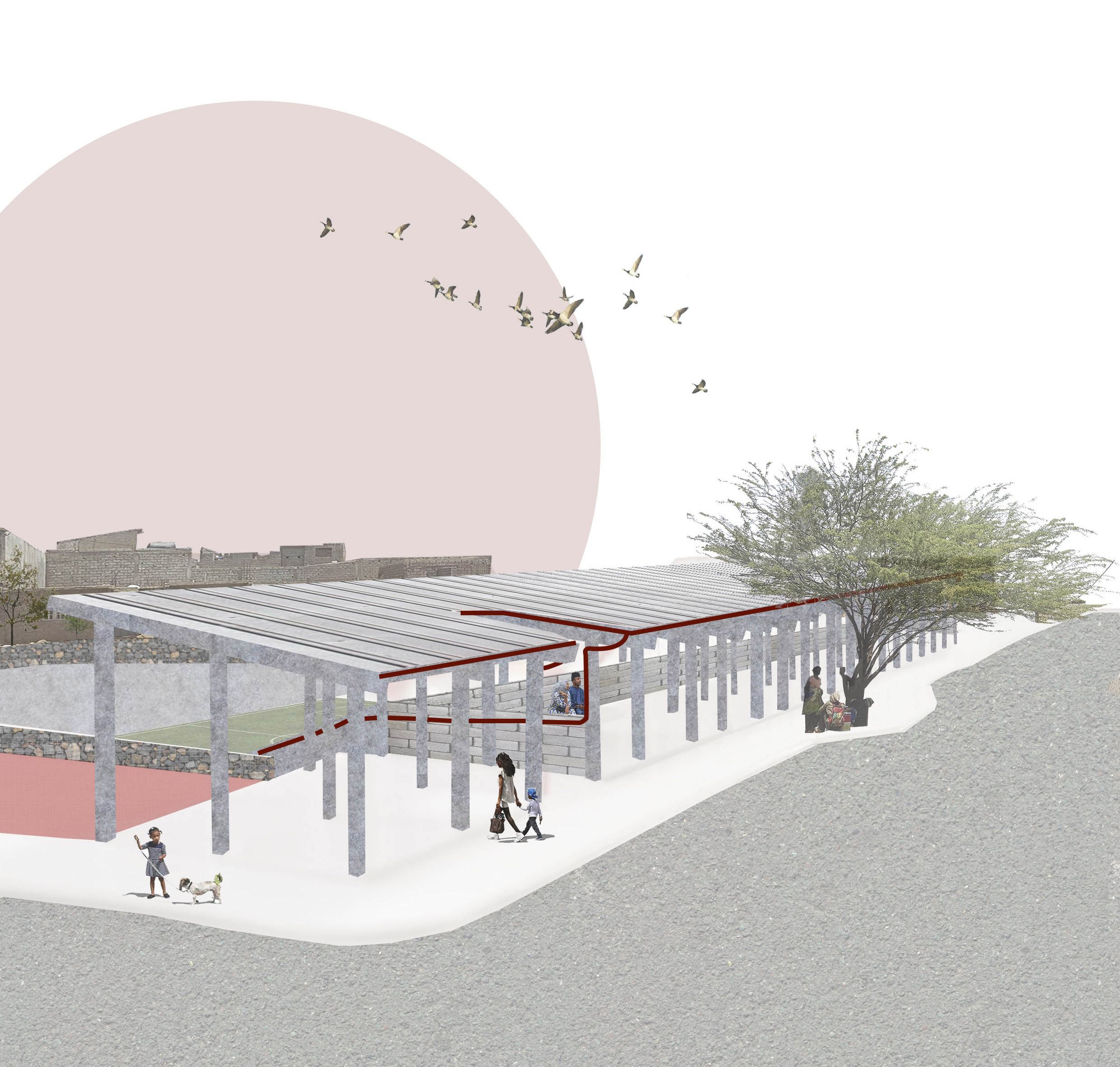 Several of these settlements are currently recognized as part of the urban territory in the City's Master plan, .Understanding that irregularity is not a synonym to precariousness, we can verify that in areas where the consciousness of belonging and community is maintained, it is possible to invest in a variety of suitable solutions for the needs and expectations of the affected population. 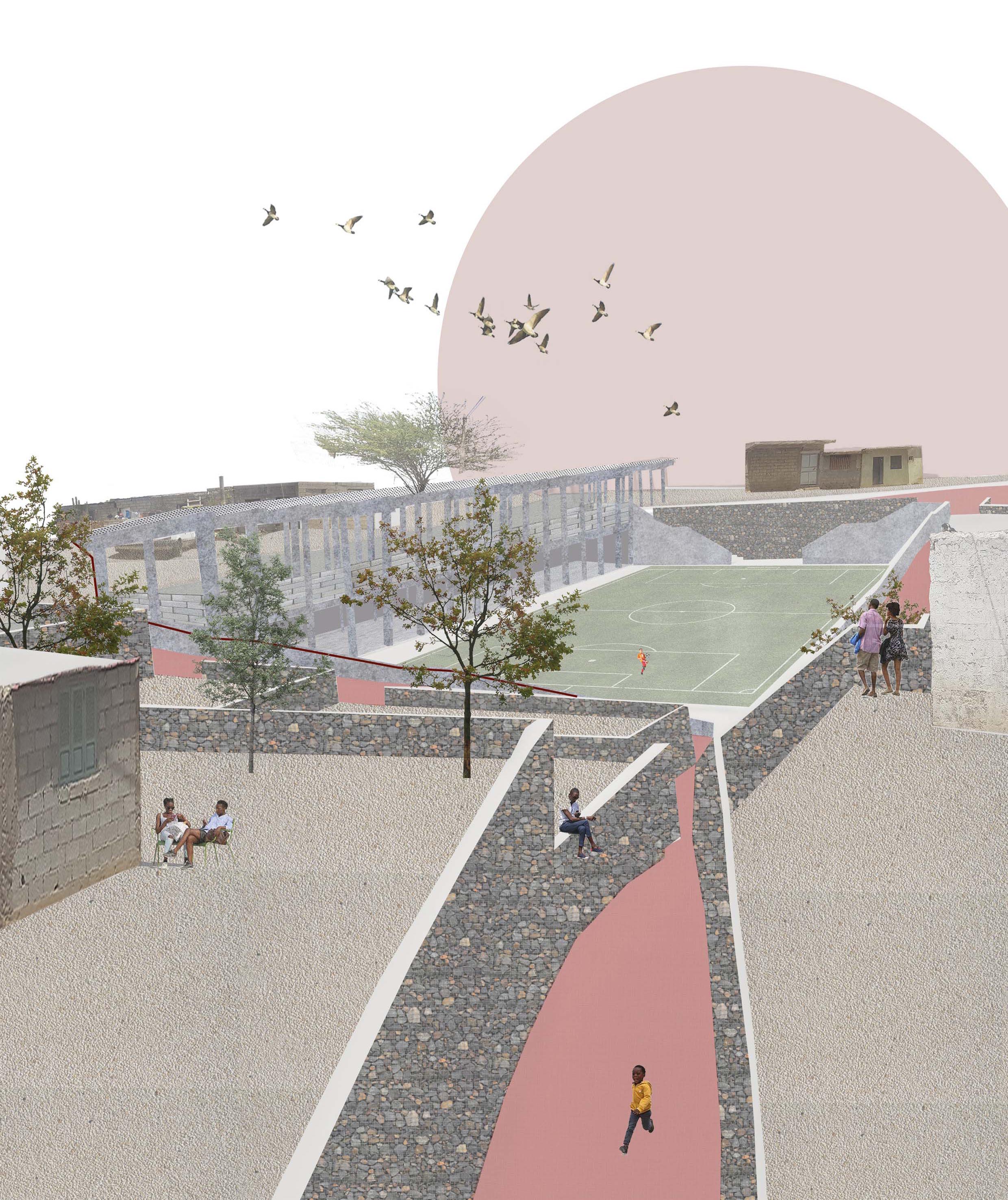 As an endeavor to apply these ideas, it is proposed a reflection about the capeverdean lifestyle and local construction identity, presenting a project for the building of a new synthetic grass football field in one of the poorest neighborhoods of the city, presently unprovided of any sort of public infrastructure. The new building intents to explore the opportunities of community conscience potentialization through architectural intervention and its construction must be associated to processes of empowerment of the local population and stimulation of dialogue between different parcels in order to launch the foundations to the possibility of a larger scale urban requalification. 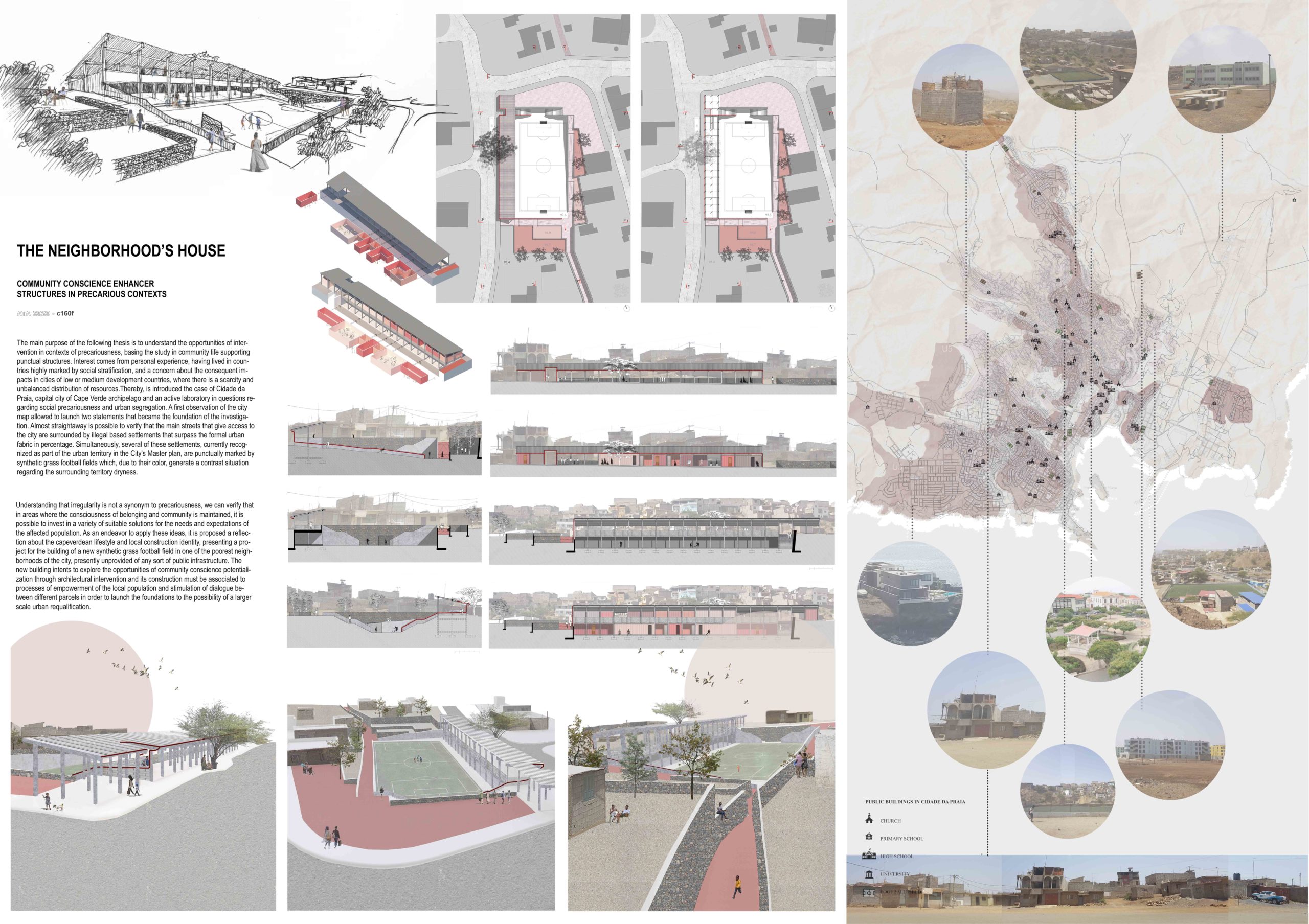