The human being tends to materialize his existence by assigning meanings to the objects that surround him, regardless of their nature. Objects of everyday life (“things”) define a belonging to a gender, a society or a network. Even more, when an action is also linked to them, they become an integral part of the culture to which they belong as an active process, because actions around them define spatial and cultural drifts. In the globalized modernity, objects are influenced by immaterial externalities. In this way, it becomes more complex to trace the cultural background, as the physical stratification no longer proceeds at the same pace as the social one, making it impossible its semantic belonging to the culture of its owner.

In built environments, the translation of this meaning shifts into tracing the belonging of a place to a cultural setting through objects, misprints, obliterations and additions. So, how can we add a layer, knowing that the current culture is more linked to immaterial aspects rather than material ones, more connected to flows than places? Considering this introduction, the aim of the thesis is to explore and reconstruct the meaning attributable to the material culture of a place, initially in theoretical terms and subsequently aimed at design applications, in this case identifiable in the historical centre - called Terra – of Muro Leccese. The main methodology can be summarized in four chapters. -Things: the first, involved in theoretical speculations, wants to be an excursus on the theme of reading and decoding a physical object and, in particular, its "layers", whether they are physical, historical, spatial or cultural. The main goal for such an examination is to trace a connection between the world of things and the one of places, whose synthesis translates into the inhabited dimension of human beings: the city. -Places: the second chapter includes the comparative analysis of case studies for which, following a reading of the historical background of an urban fabric, an architectural intervention is aimed at its regeneration. This comparison takes place through a "set" of criteria, so all the merging elements can be traced to be translated into a programmatic plan. 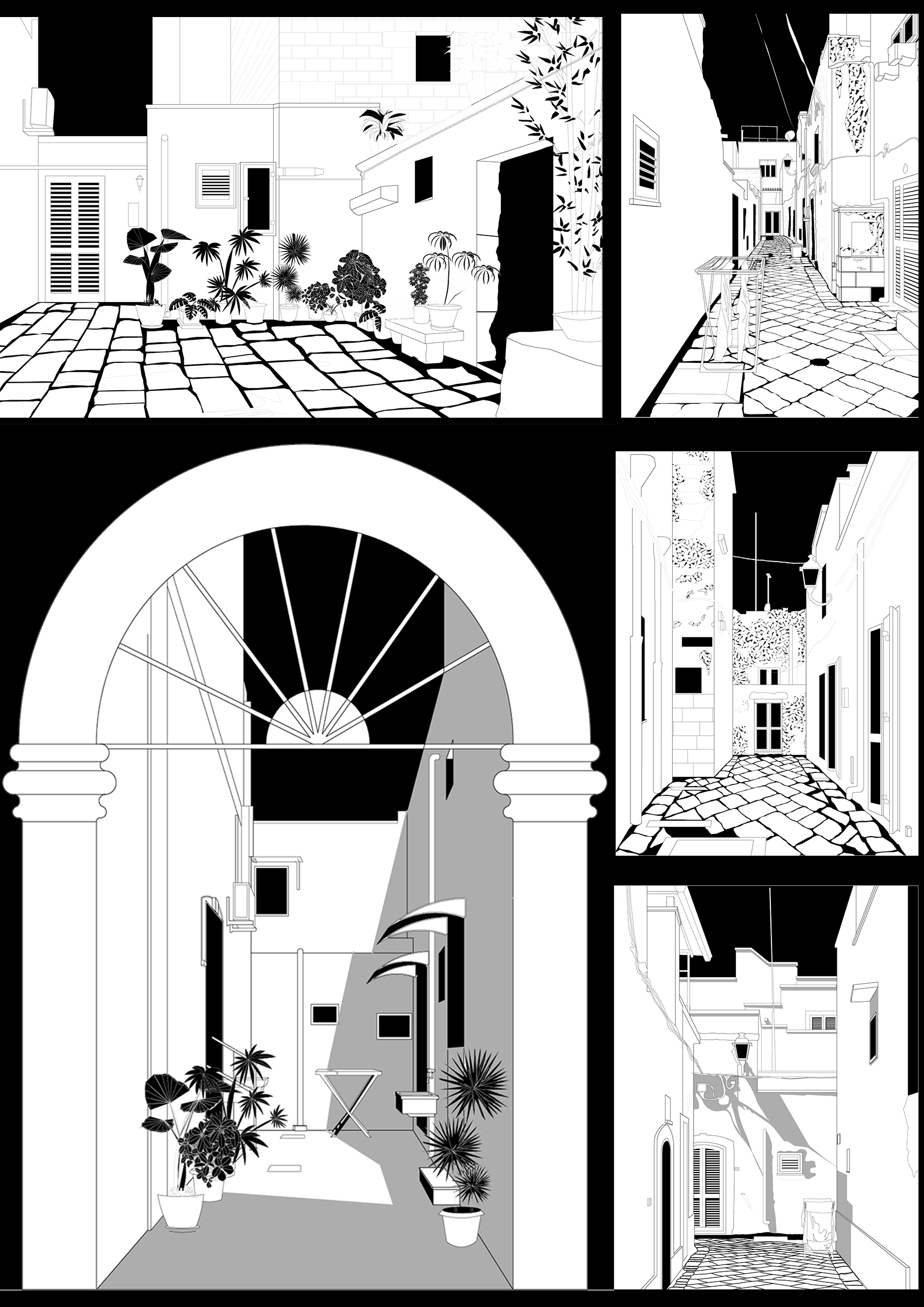 - Layers: the third chapter revolves around the decoding of the case study in analysis. The research aims to decode the fabric of Borgo Terra through a decomposition and recomposition, aimed at connecting different semantic spheres for the understanding of a place. The recomposition of these data aims to provide a comprehensive framework to be intended as a propaedeutic tool in order to trace one - or more - design answers. - Additions: the fourth chapter will merge into a design response that doesn't want to be a solution, but a further instrument of investigation and speculation on the theme, which takes into account the specificity and complexity of the artifact. In fact, the objective is to investigate the physical elements of absolute uniqueness that characterizes the urban framework. 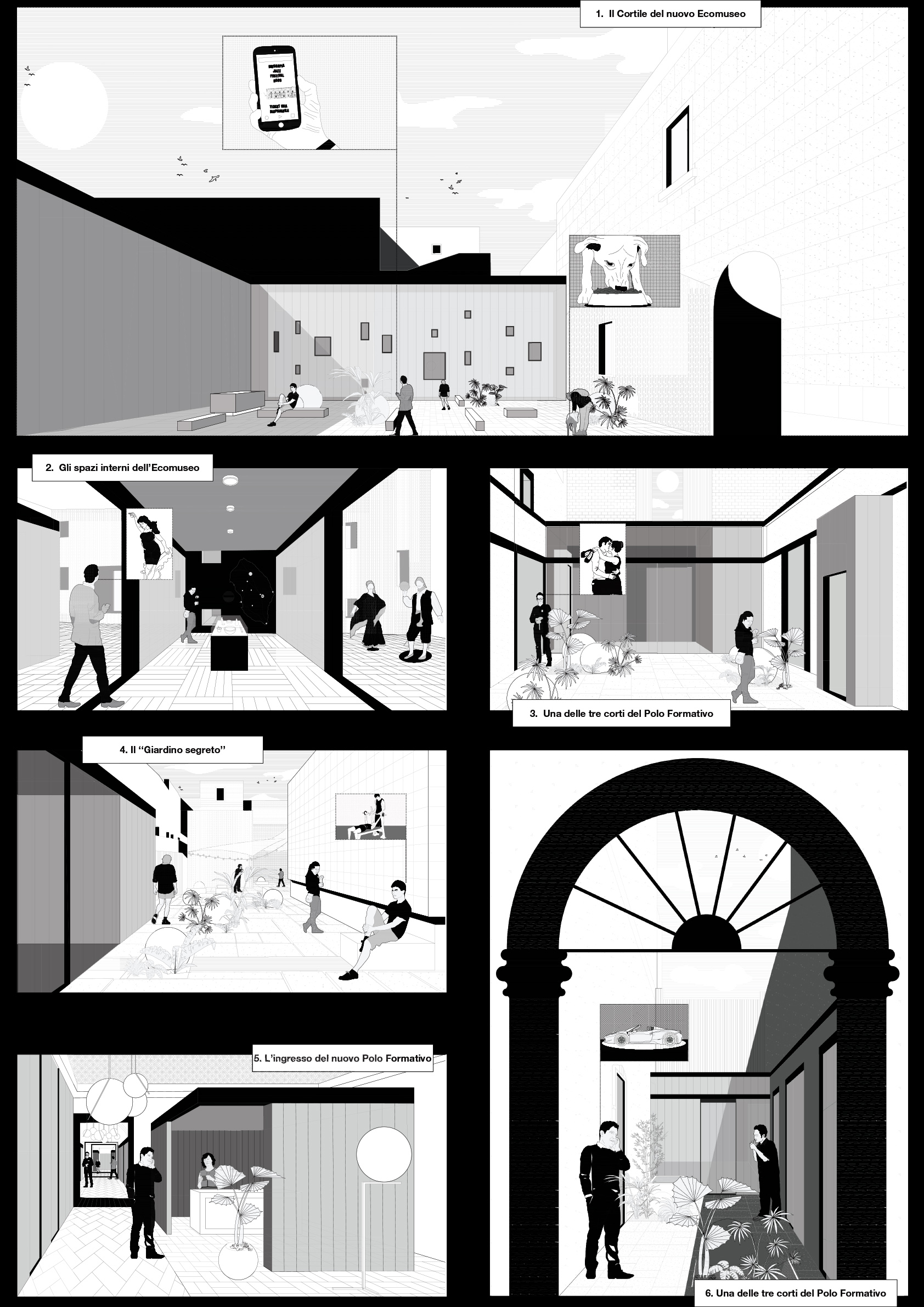 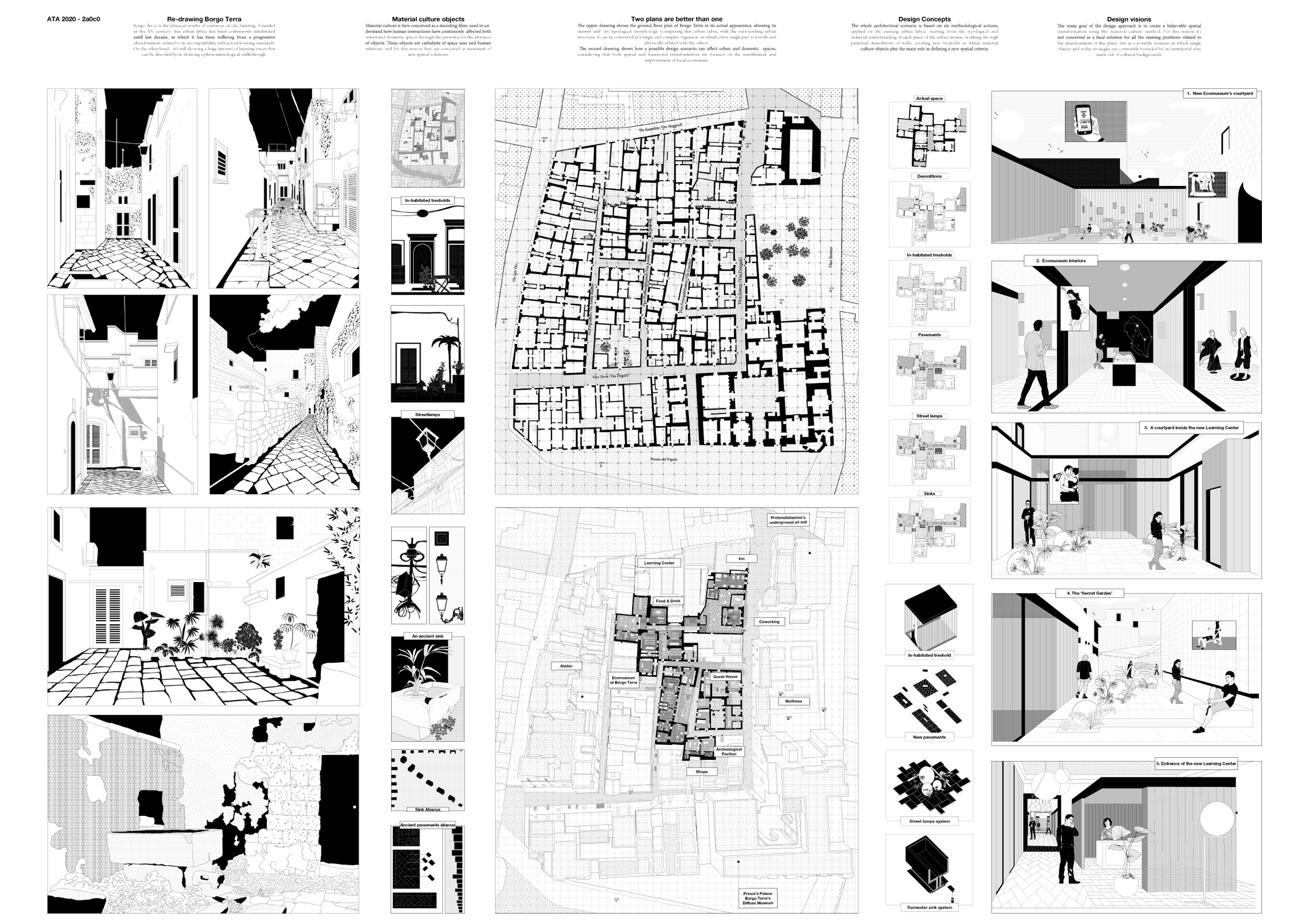