SU(PER)MISURA_Shopping mall as a challenge in the reuse of Bigness: the case study of “Palazzo del Lavoro” in Turin 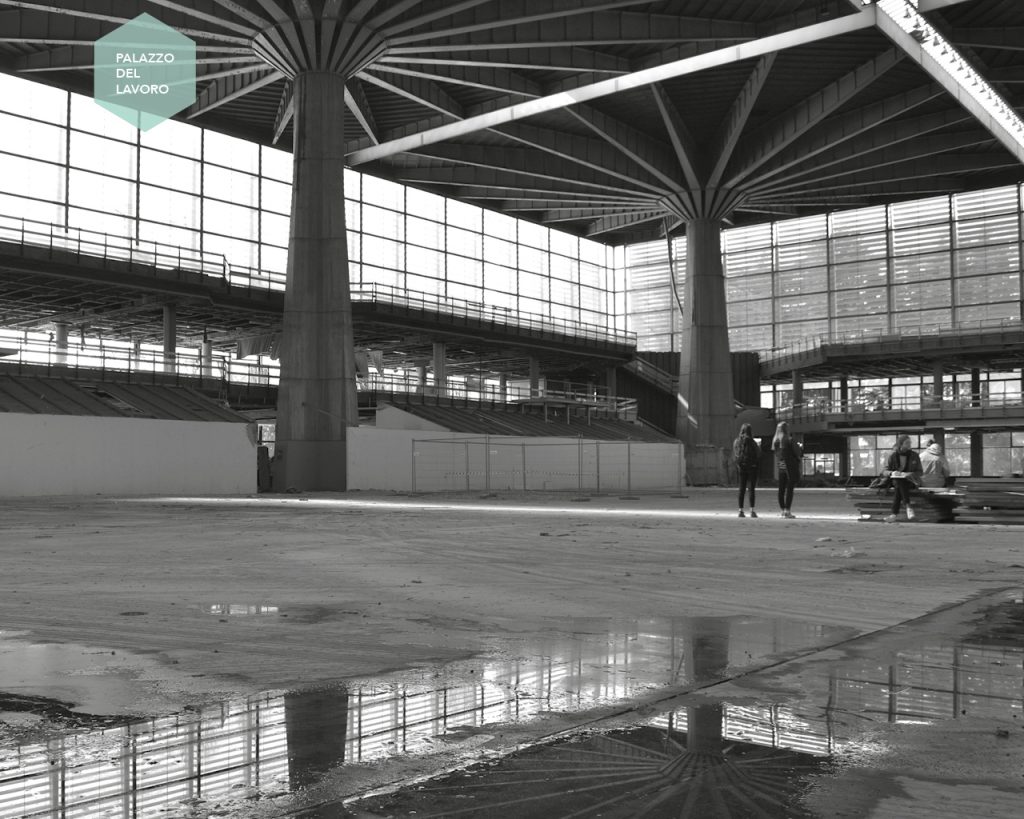 SU(PER)MISURA is a work involving both esearch and design, facing the Bigness of a building abandoned for a long time: “Palazzo del Lavoro” by Pier Luigi Nervi, built in 1961for the first centennial of Italian unification. The challenge consists in taking into consideration a particular architectural typology, apparently inadequate to our case study, the “shopping mall” type, analysing its potential for a re-use proposal. The result is a multifuncional project, considering multiple aspects, above all the re-appropriation of this place claimed by both the local citizens and the vege- tation surrounding the building, trough a global “ecological” way of thinking, which looks at architecture as a product of man and, subsequently, of nature. 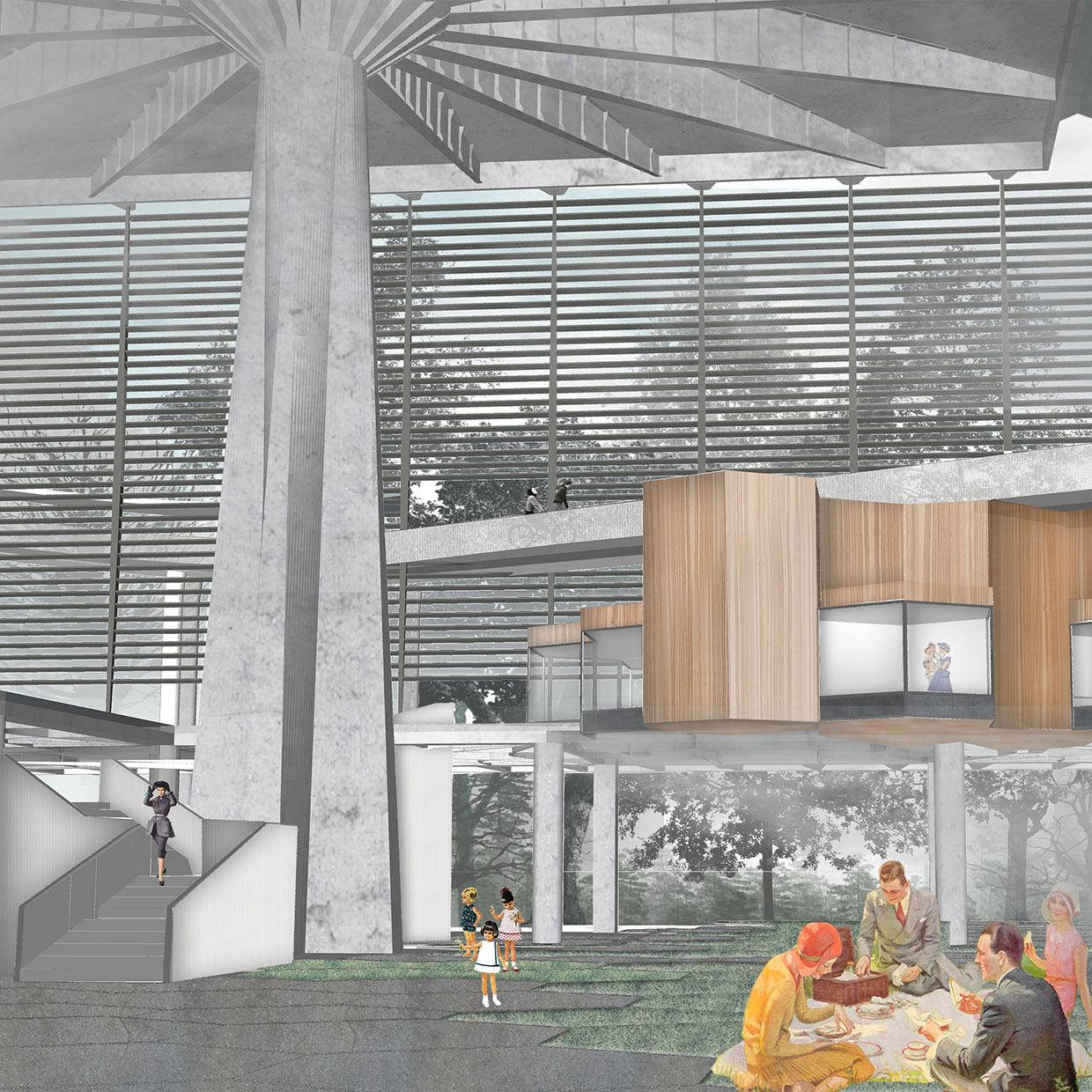 Pier Luigi Nervi designs the “Palazzo del Lavoro” in Turin in 1961, on the occasion of the first centennial of the Italian unification. Nowadays the building survives in a dreadful state, after years of abandon and a fire it was affected by in the summer of 2015. Other visible consequences of this long period of neglect are, besides, the strong re-appropriation carried out by the outdoor vegetation inside the building and the claim raised by citizens for the reuse of this structure. Our project takes place in a relevant moment for the history of the Palazzo, currently at the center of discussions involving both the public administration and the local community. The proposal advanced by the municipality for the transformation of the building in shopping mall has been contested in many occasions. Nevertheless, with awareness of the uncertainties about the future use of the edifice, we imagine an approach to the project as realistic as possible, avoiding any preconceived refusal of a conversion in mall and accepting the challenge of interpreting this architectural type in an alternative way. Our proposal is the result of a long general reflection, which has driven us to an “ecological” kind of vision, identifying architecture as a product of man and, subsequently, of nature: starting from this view, we define a new design method, characterized by the idea of a “parasitic” diffusion of volumes inside the Palazzo.

The project is inspired by the typical setting of the surrounding urban blocks and develops itself also trough the increasing of the already copious “invasion” of plants and vines coming from the outside. We tried to face the many difficulties in the reuse of Bigness underling the potentials of shopping mall’s typology (first of all its remarkable visibility), attempting to relate them to other activities different from the commercial one. Our idea includes the integration of a cycle path (direct connection with the fluvial park, set on the other side of the street), a museum gallery dedicated to the history of the building and of the event it was constructed for, a commercial gallery inspired by the typical configuration of the Turin’s “portici” (porches), a didactic courtyard, to be used by the schools in the proximity of the structure, a renewal of existing inner cinema, a co-working area, a small art gallery, a congress hall and several inner gardens, as an extension of the external park. Every activity exercise its attractive influence, acting as a sort of “recall” for visitors with different interests, reproducing the more spontaneous situation which is typical of the urban context: we believe, in fact, that the interaction between individuals dissimilar for passions and habits could only represent a cultural and social opportunity, in particular for a big portion of the city as the one analyzed in our case study.