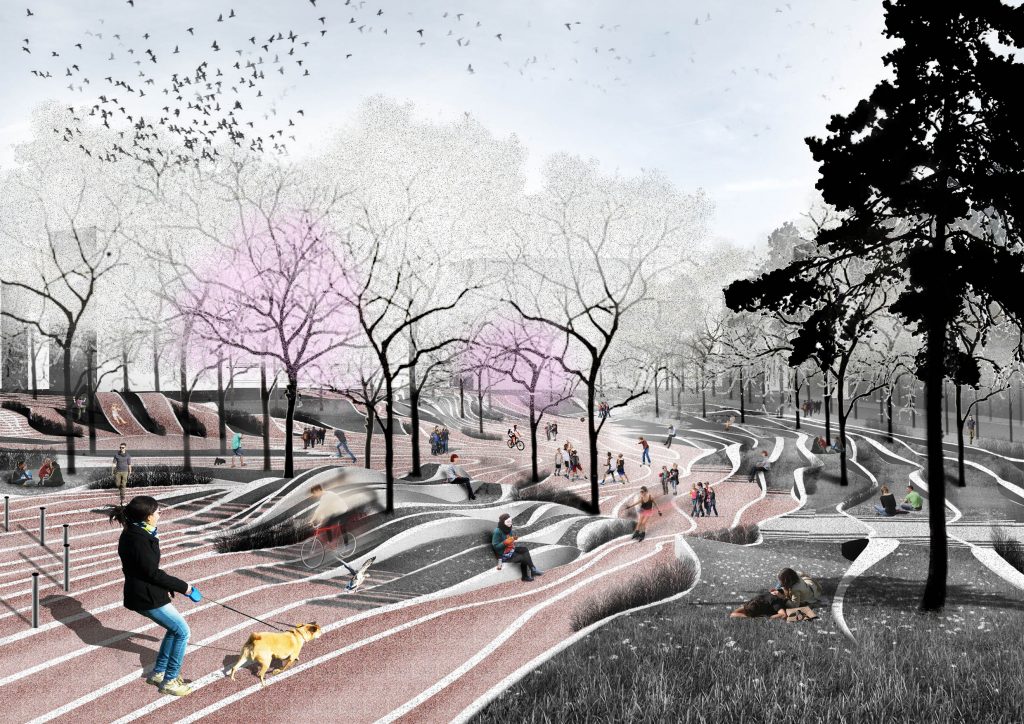 This project is my design diploma thesis which was presented in Juni of 2016 in the Aristotle University of Thessaloniki and supervised by Maria Voyatzaki.

This thesis has two purposes: on the one hand, the experimental investigation of notions such as flow and limit in public space through analog and digital models by using modern methods and design tools that integrate scripting elements, and on the other hand, the evaluation of these experiments through the development of a design proposal at the urban fabric of Thessaloniki, adapted to the context.

The site of my intervantion is the Minas Patrikiou Square (or Parko tis Kritis- Park of Crete), although it is located at an important location, at the confluence of five roads with radial layout, today this place presents strongly leaving marks from their users. Therefore, the goal is to create a “magnet” for users of public space. 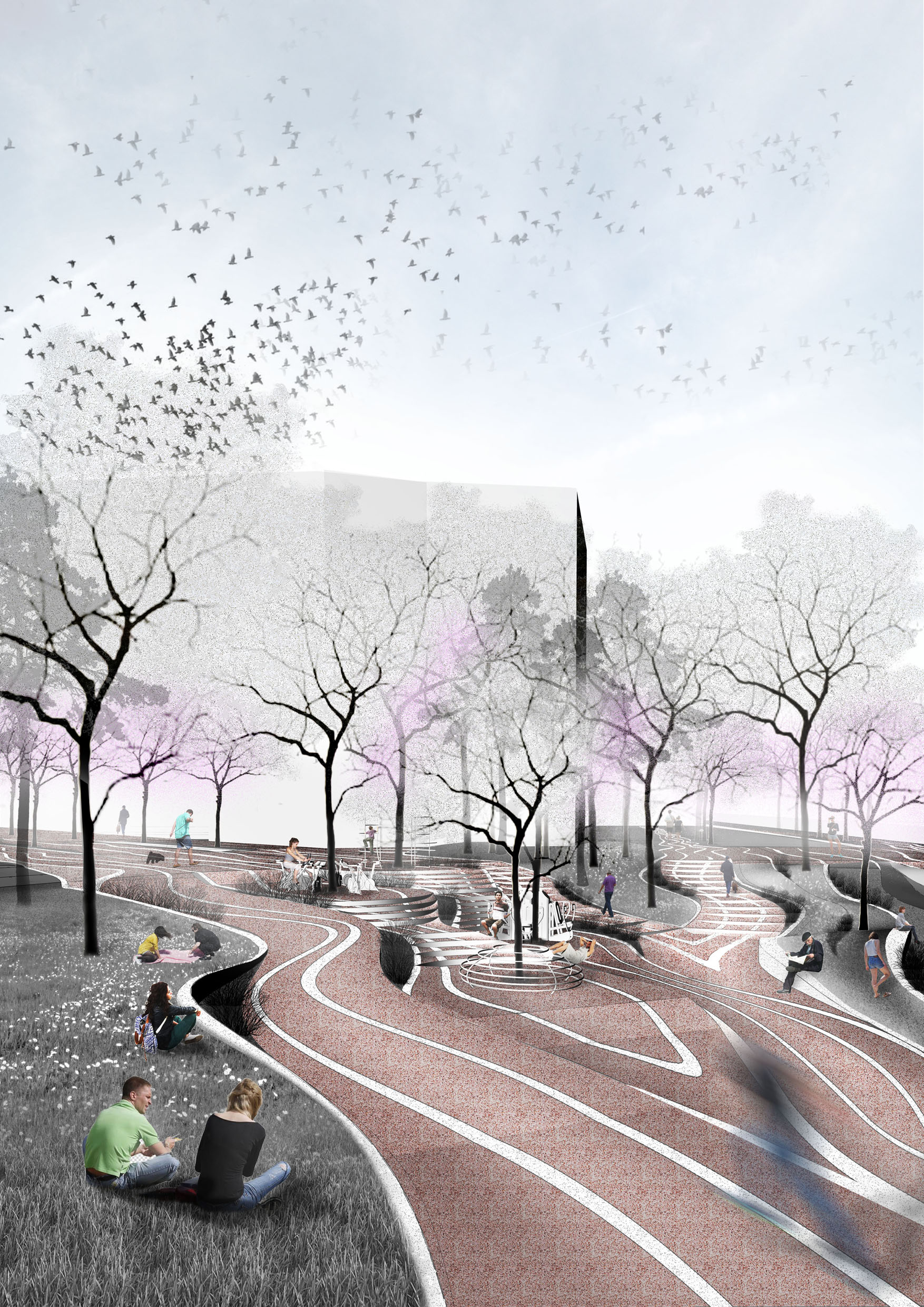 According to my view, public space consists of movements and stops or obstacles. So trying to blend the boundaries between movements and stops, after much experimentation, I suggest a design system in which movement and stop are blended and live together harmoniously. This system presents increased potentials of adaptation in public place, preserves its natural elements while expresses the fluidisation of thresholds that exist in the contemporary reality. The inspiration for this concept is the maintenance of both existed trees and the pedestrian flow at the public space in the same time. So comes this design system as an conjunction of public space and nature that blends and revisits their boundaries. The materials which cover the floor of this architectural intervention come from the reuse of two kinds of urban trash, bricks and concrete. In this way we have benefits like: reduction of urban trash, resources saving and financial saving. 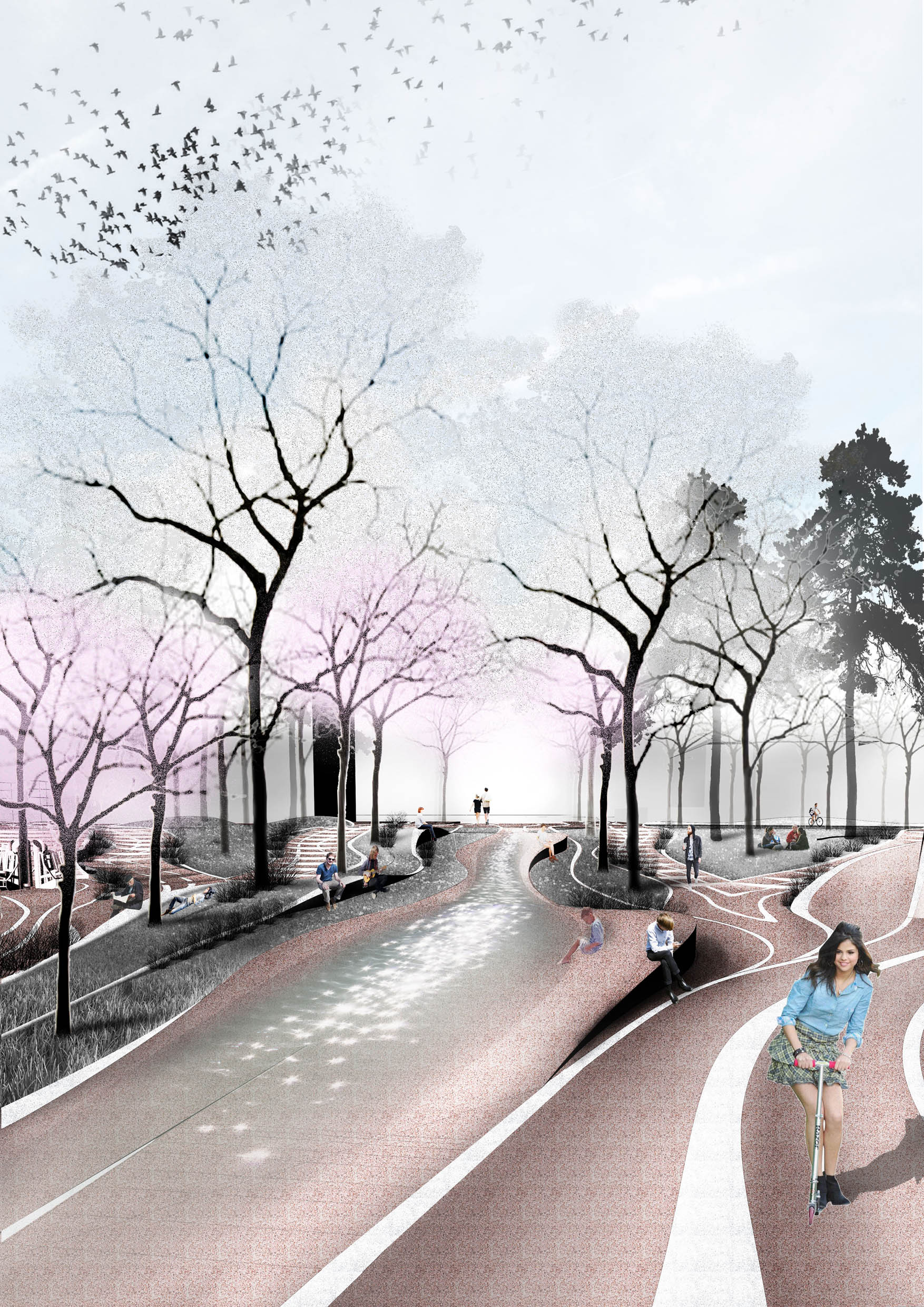 Basic design intent is to create a united, open and safe public space. In this direction I try to improve the relationship between square and urban fabric, suggesting some new pedestrian zones around the square and lowering the main level of the square in order to incorporate on it various uses. These uses are sitting areas, auditorium, playground, relax area and fitness area, which make this space more interesting without limiting visibility and safety in the city. As a result, comes a space that is flexible and adapted to modern reality by recognizing the particularities of its space and society, a place that is secure and open to all, a space that respects the natural environment and the local society while strives for a harmonious urban coexistence, for a fluidisation of urban thresholds. 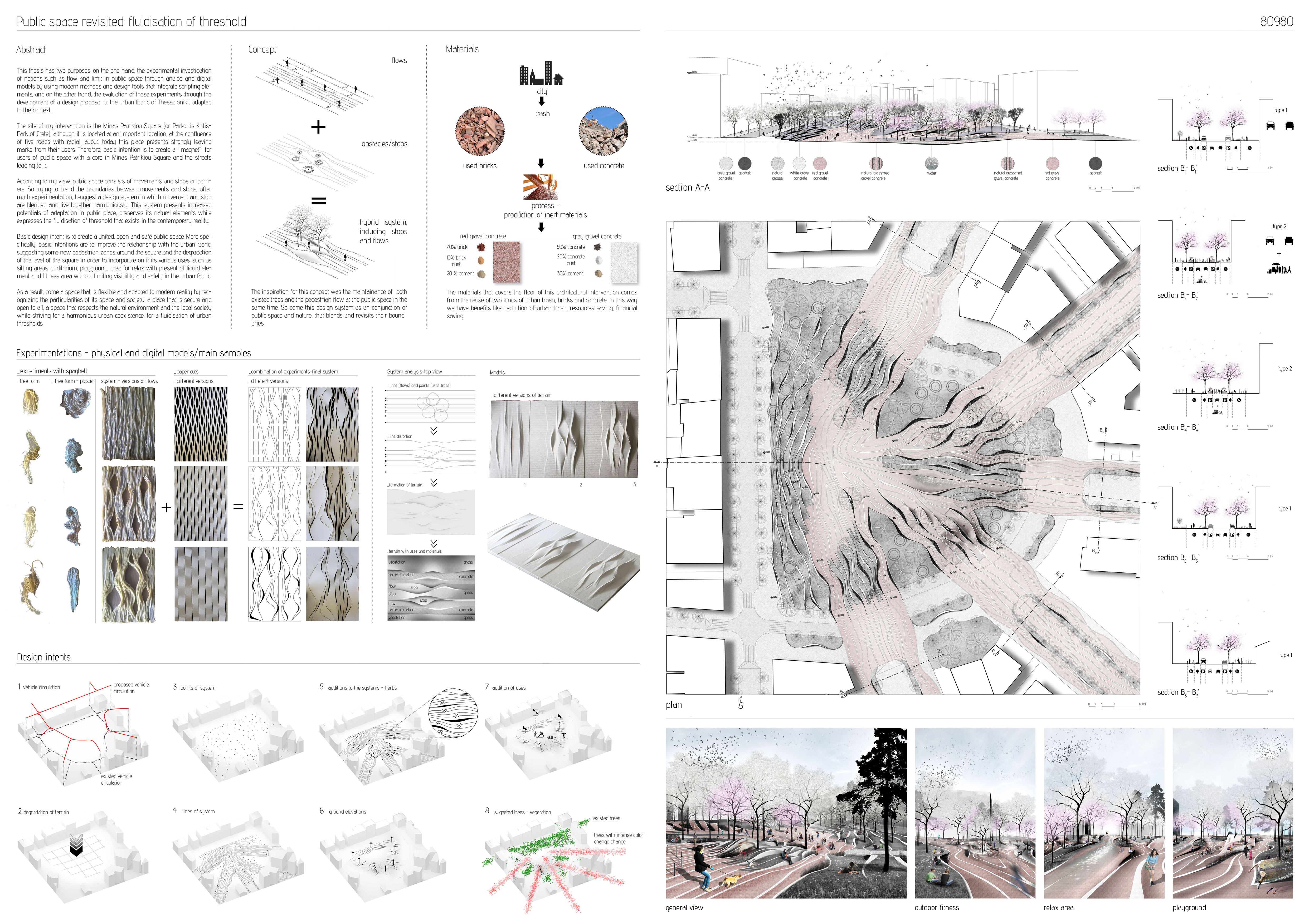 Hi, my name is Sofoklis Kontakis, I come from Greece and I have graduated with honors from the School of Architecture of Aristotle University of Thessaloniki.
FOLLOW
MESSAGE
LOGIN TO LIKE
[pro_ad_display_adzone id='2269' ajax_load='1' info_text='Advertisement' info_text_position='' font_color='#' font_size='11']