LOAD-IN. The preservation and transmission of contemporaneity: a possible scenario for the City of Sport by Santiago Calatrava in Rome

Load, from the verb “to load” which means to load, to fill, to give in abundance, and the simple preposition “in” which indicates something that is inside and which we use to indicate the state in place whether it is real or figurative.
From here: load inside, load something inside something else.

Yes, but what? And what do we load it with? 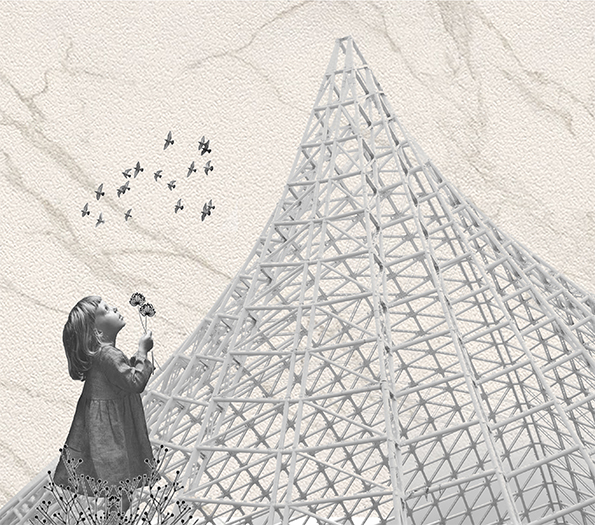 The subject, the container, is Calatrava's Sail, what remains of what was supposed to be the City of Sport in Rome designed for the 2009 World Swimming Championships by architect Santiago Calatrava, construction began in 2007 and was definitively interrupted in 2011. A work that was supposed to create a new urban pole, today, is just a huge sleeping dinosaur immersed in the Roman Agro. An unfinished contemporary project. The content, this would be "uploading" it, is of meaning, to make it become a ruin and, as such, tells a story that needs to be handed down. The skeleton of the "Sail" is added to the ruins of antiquity in the Roman countryside, can we also call it a ruin? Is the society in which we live capable of producing ruins to which we can give meaning? Calatrava's "Sail" is a space born from this society. What can we do? First of all accept it, then see it as a ruin, then enhance it, preserve it and given its young age, give it back life trying to convey its history. The proposed future scenario is the transformation of the ruin into an urban park. The artefact, inserted in the green, will not be entirely reused but through the grafted modules different functions will be inserted letting the work usable and not going to affect the aesthetics of the Sail. 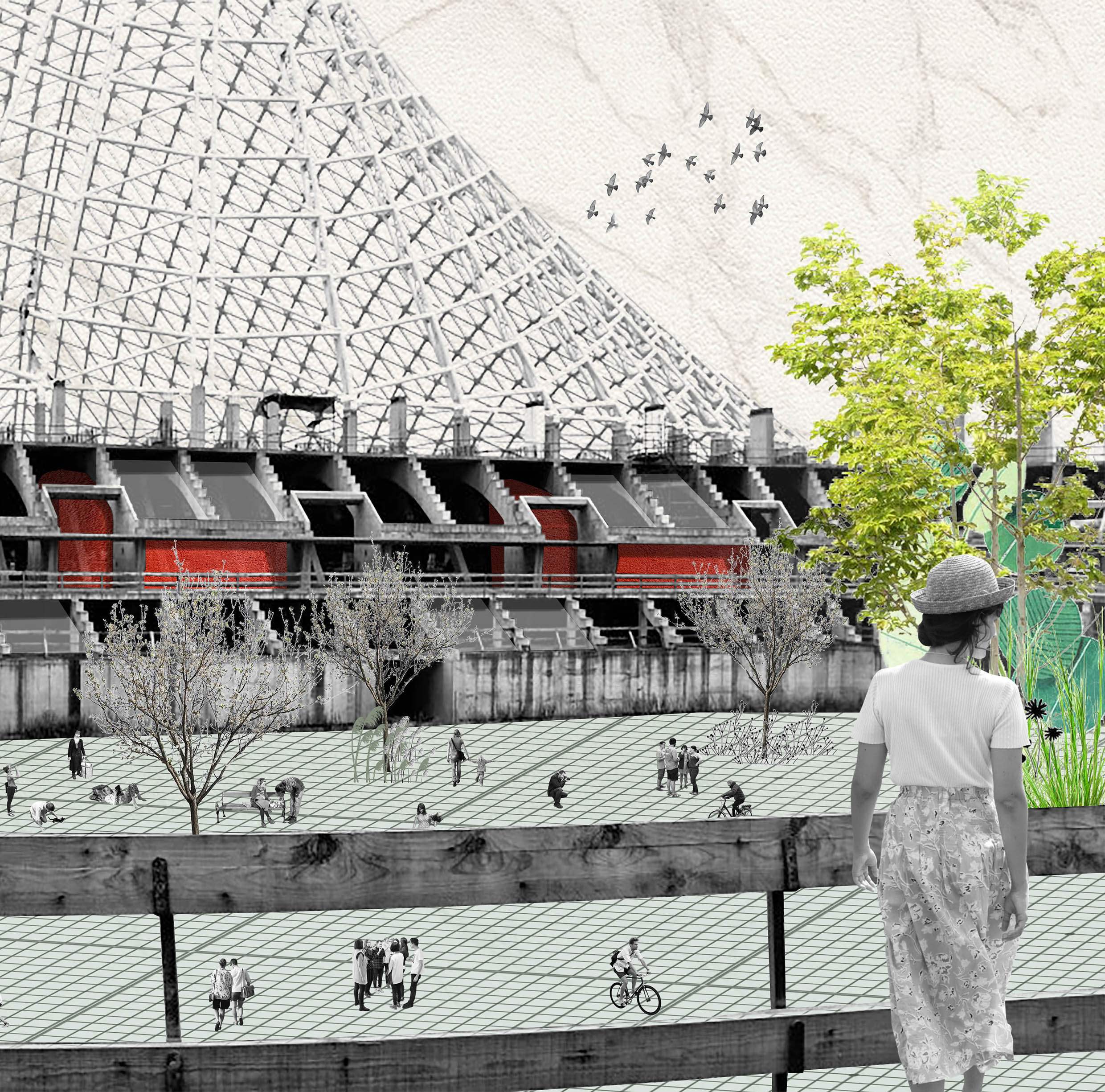 The project does not aim to define precise results but only to provide an example of the non-invasive, sometimes temporary and versatile character that could be adopted in front of unfinished areas. The intervention around the Sail is composed of layers superposed between them. The ground that follows the orography of the site is characterized by a series of excavations and earthworks, earthworks and site works that provide an initial 'support'. The site routes will be maintained in such a way as to minimize the intervention, thus leaving the historical phase of the building intact. A design grid that gives rise to new paths of interconnection between the different functions and the islands that represent the functions of the park. The islands are arranged and adapt to the orography of the state of affairs, characterizing the spaces according to their current conformation. The interiors of the sail, instead, will be occupied by the grafts, designed as closed spaces inside the building, are composed of four perimeter walls and a roof that can be opaque or glazed, depending on the environment within which they are grafted and the function they will contain. The elements, from time to time, adapt to the conformation of the pre-existing structure, in some cases distancing themselves from it while in others interacting with it and its spaces. 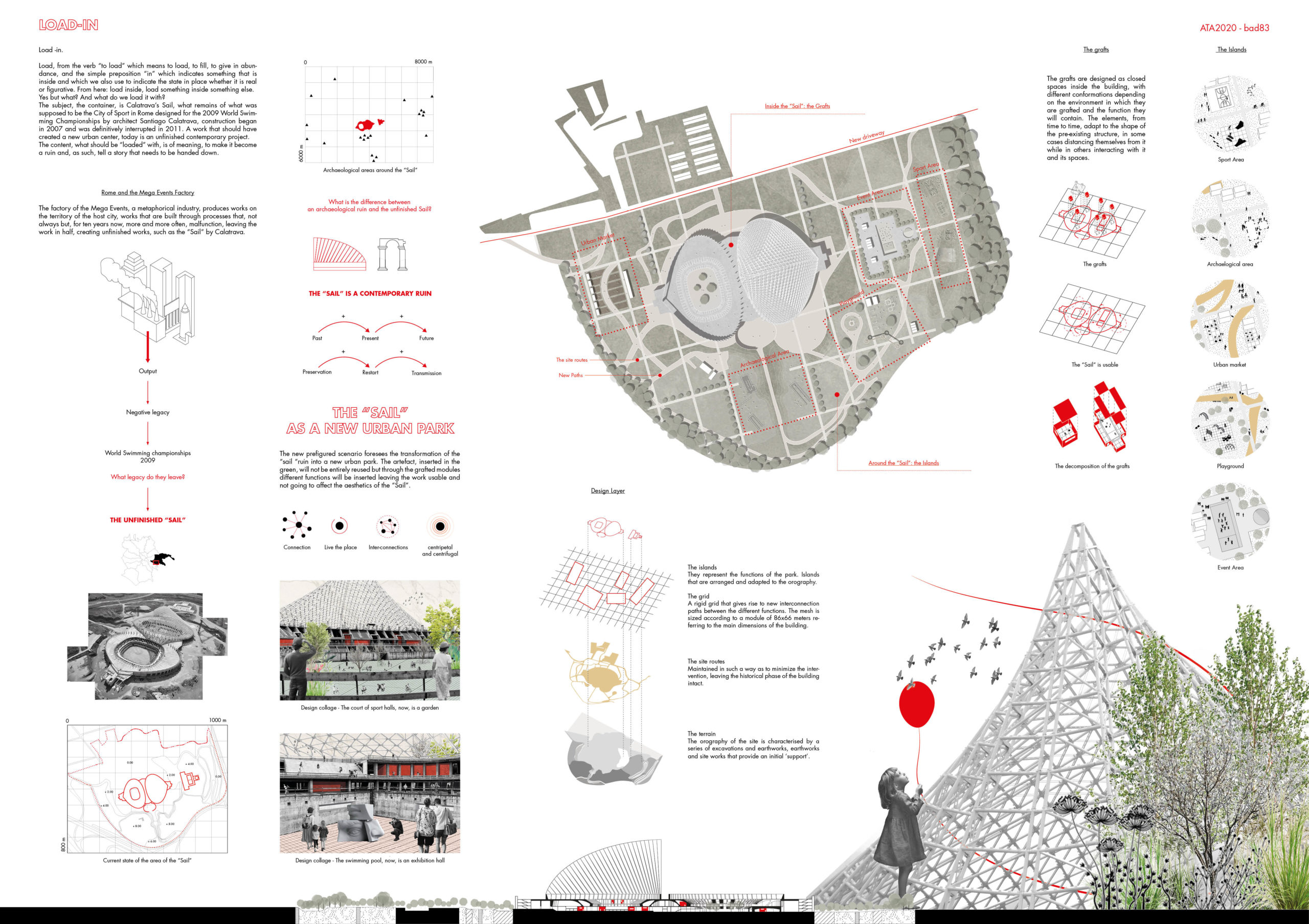 I'm Eleonora Alviti, I'm 29 and I'm from Italy. I graduated in Architecture for Sustainable Design at the Polytechnic of Turin after completing my three-year studies in Architecture and City Sciences at La Sapienza, University of Rome. In June, through a scholarship, I attended the advanced training course "Architecture for Heritage" at the Yacademy, located in Bologna. Now I'm in Lisbon for an internship in the architecture studio Aires Mateus.
FOLLOW
MESSAGE
LOGIN TO LIKE
[pro_ad_display_adzone id='2269' ajax_load='1' info_text='Advertisement' info_text_position='' font_color='#' font_size='11']