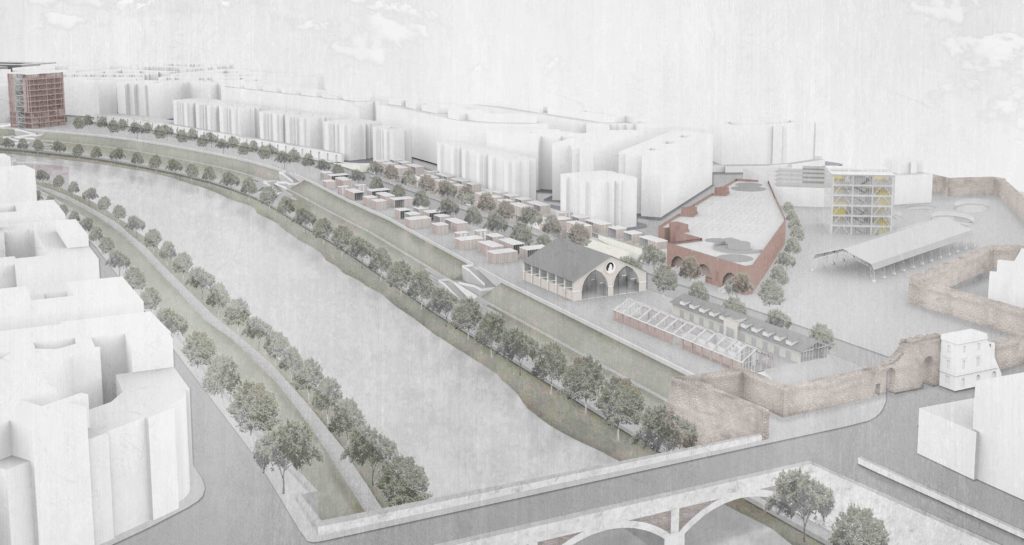 The aim of the project is the redesign of the Porta Portese area in Rome, a real landmark for the capital. The area has always been a reference point for inhabitants and tourists: everyone has heard of Porta Portese and almost everyone, at least once in lifetime, has visited it or has moved from its famous market. The masterplan wants to reconcile the valorisation of the historical pre-existences with the insertion of services for the future growth of the area. The themes dealt with are: the renovation of the existing, the enhancement of the artistic heritage of the area, the reconnection of the city with the nature through the redesign of the waterfront along the Tiber, and also the reuse and the protection of historical buildings.

Crossing the Porta Portese area, you will be immersed in a walk through the time in the history of the city, recognizable through the architectural traces found here. The long life of the Eternal City has buried under the earth and concrete the archaeological remains of all activities carried out here, such as signs of an important Jewish necropolis, the Campus Iudeorum (17th century AD), located just outside the Aurelian Walls. Behind a wall of vegetation and metal fences, there is a particular structure: a military Hangar, a gift from Hitler to Mussolini for the storage of his seaplane, now downgraded to be a simple parking shed for the Municipal Police. Continuing the exploration you will be amazed by the complex of the Pontifical Arsenal, wanted in the 18th century by Pope Clement XI, for the maintenance of the canal river located in the Tiber, but also of the papal commercial vessel. Today, also if recently restored, it remains isolated from the context and not protected from vandal attacks. Next to the complex of the Arsenale there is the market of Porta Portese, now reduced to be a set of abusive structures, located on the bank of the Tiber and on the Clivio Portuense, standing precariously on to the private residential building. These residential complexes are free of public areas, also if along Via Portuense are visible metal fences that surround urban gaps and prevent from enjoying the Tiber and public spaces in which to rediscover the sense of "community".

The masterplan starts from the will to stitch together the urban fabric and, ideally, the past with the present and with the future. In fact, in the project was thought a pedestrianization of the area with consequent study of a new driveway, pedestrian and cycle path, the redesign of parking lots and of the public square located on the roof of the supermarket present. Step important in the project was the elimination of all the superfetation that are on the Walls and around the private buildings. Urban gaps are redesigned and given back to the daily life of those who walk along Tiber and want to visit the Fixed market of Porta Portese or the complex of the Pontifical Arsenal. This, combined with the Archaeological Park wanted to enhance the archaeological finds found in the area, constitutes the cultural heart of the area. The proximity of the area to the RomaTre University suggested the construction of university residences, in addition to a public neighborhood library. Craftsmanship, together with tourism, is fundamental for the development of the area: not just crafts intended in the sense classic, done in the new University laboratories and in the shops of the market of Porta Portese, but craftsmanship intended also in a metaphorical sense, in a "futuristic" sense. A new building, in fact, will host a coworking, an incubator of ideas, fruitful space to give birth to initiatives and to stimulate aggregation, working together for a better future. 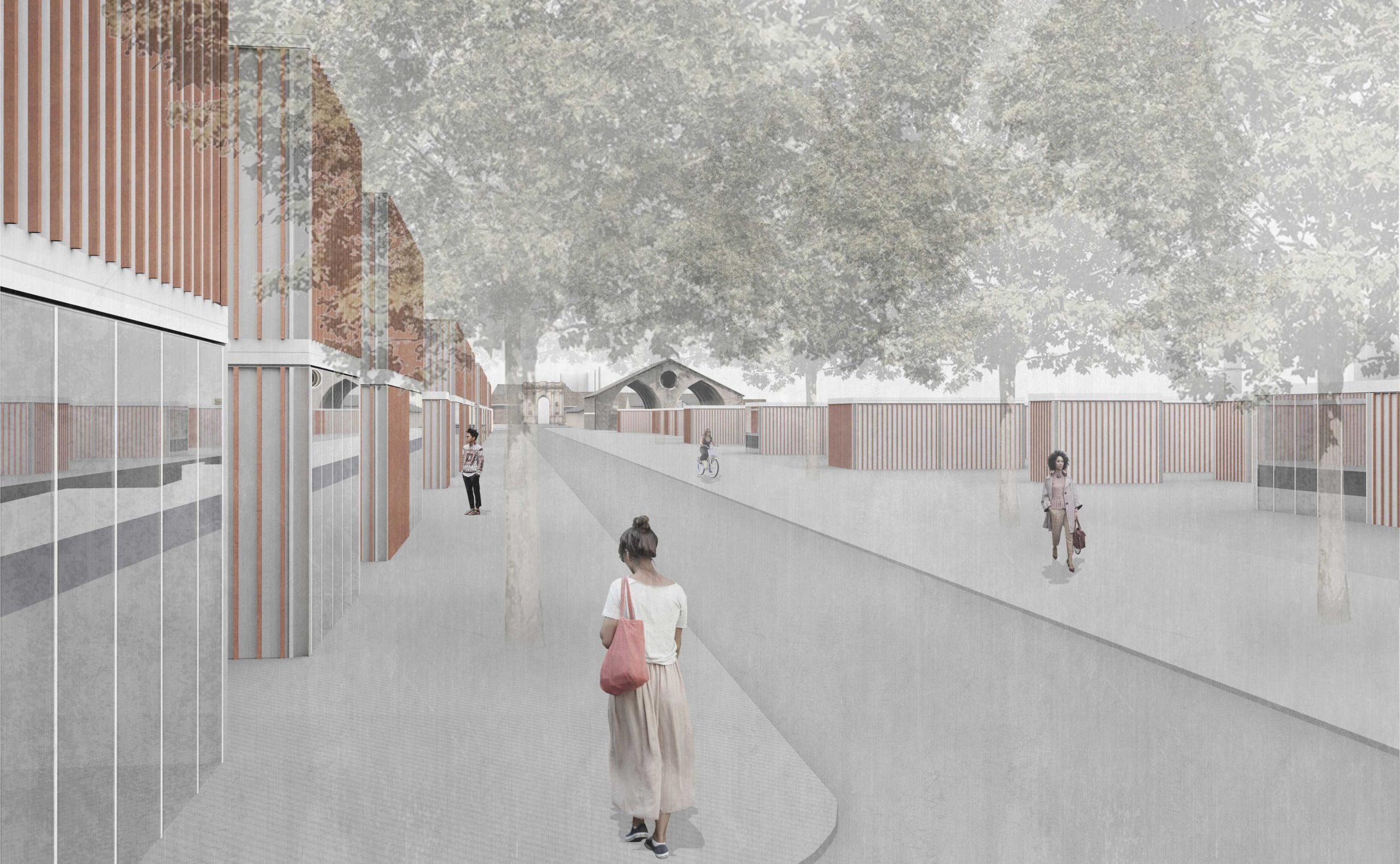 Iolanda Scafuro and Silvia Priante graduate in Architecture at the University of Florence, DIDA. We met in the university and during our years of study we had the opportunity to work in team on some projects. Finally we decided to develop together our final thesis project “Land MARC mercato, artigianato,residenze, cultura. Riqualificazione dell’area di Porta Portese a Roma” a project of spatial and functional reconfiguration of Porta Portese area in Rome. Given the success of the collaboration in all the projects, the group continues to work on various architectural projects.
LOGIN TO LIKE
[pro_ad_display_adzone id='2269' ajax_load='1' info_text='Advertisement' info_text_position='' font_color='#' font_size='11']