KOINE MNEME – THE ACROPOLIS OF ATHENS 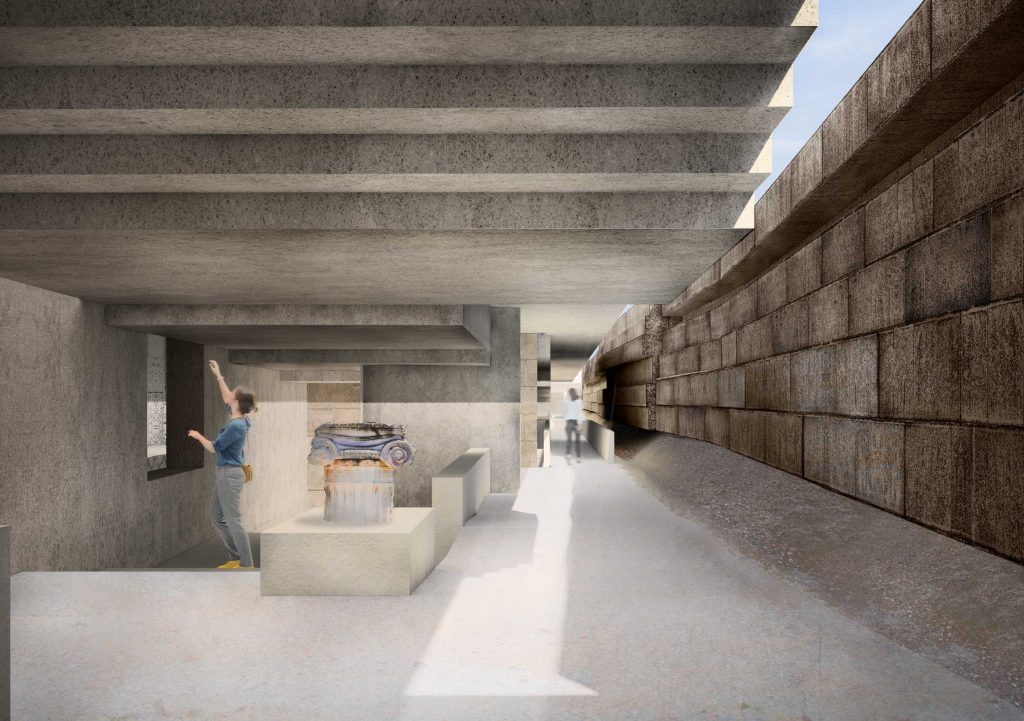 The Acropolis, a place full of history, is now far from the imagination we have of the classical age, when monuments and sculptures adorned the Sacred Rock.
Today the area looks like an open-air construction site, where construction site shacks and scattered tools find place on the esplanade of the Acropolis, among the most famous monuments.
Therefore, starting from the analysis of the unsolved issues of the Acropolis of Athens, which compromise its beauty, a project has been developed. In a respectful and silent way, it looks like the restoration of the frame of a work of art: the Acropolis.

The project aims to reorganize all construction site shacks activity, from the slopes of Acropolis till the top. The goal is twofold. On one hand, the purpouse is to allow visitors to better enjoy the site and the monuments that inhabit the Acropolis, without perceiving the presence of the construction site shacks. On the other hand, through the visit of the restoration site, the project wants to promote educational actions, in order to appreciate those aspects concerning the maintenance and care of monuments. According to the principle of temporariness, when the interventions on the monuments and restoration work has been completed, the construction site is dismantled and the area, first inaccessible, becomes open to tourists. Along with the evolution of the construction sites, the south-eastern area of the Acropolis esplanade is also planned to be rearranged, because of its particular interest. Underneath the surface of the Acropolis, between 1885 and 1890, the two archeologists G. Kawerau and P. Kavvadias discovered a treasure of ruins and forgotten monuments of different ages. 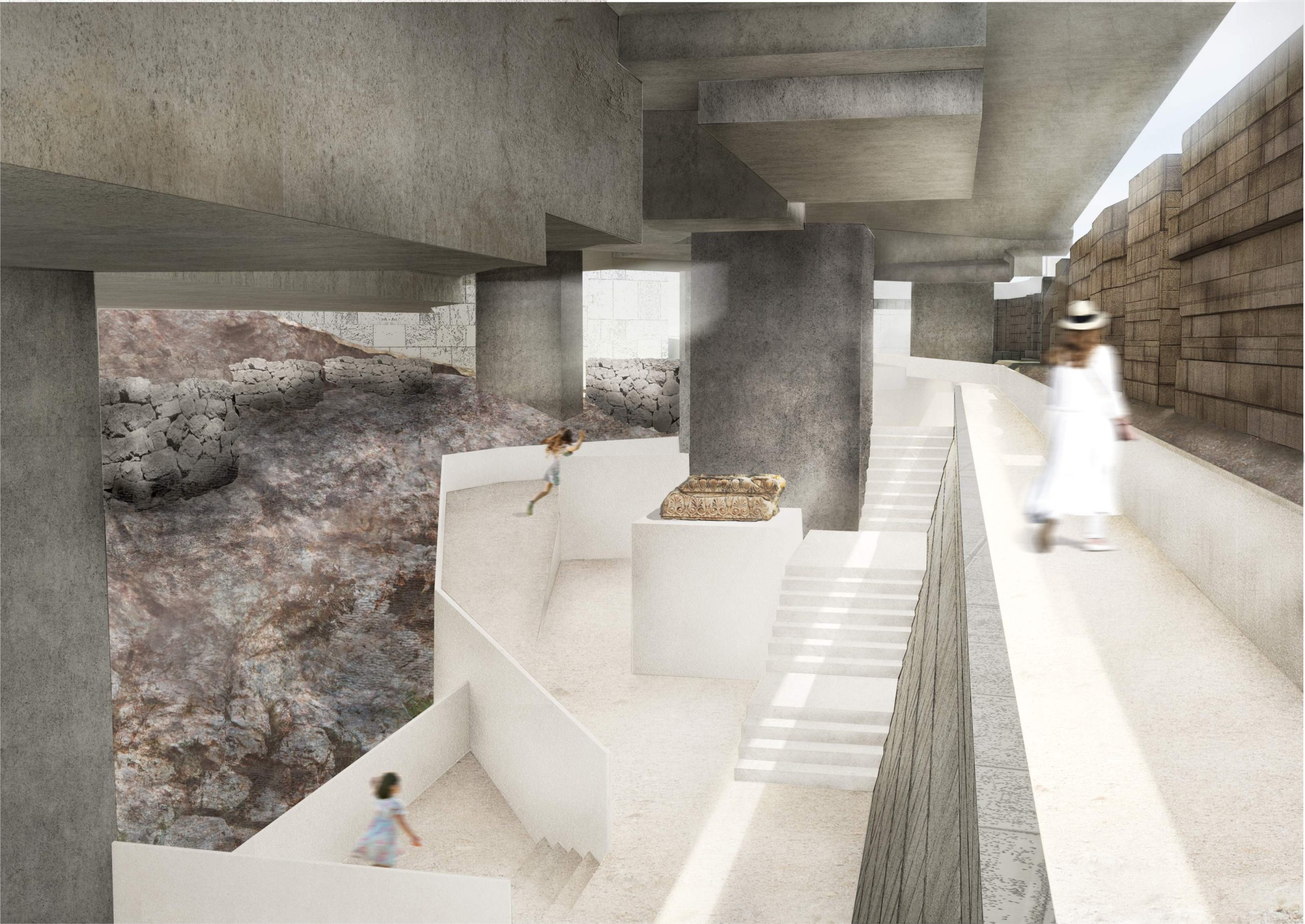 The result of their studies has brought to light a hidden Acropolis that does not only concern the Classical Age, but dates back to the Mycenaean Age. This hidden world has as much value as the monuments on the surface, including the Parthenon, the Erechtheion and the Propylaea, with the difference that only those who have approached in-depth studies of the history of the Acropolis know its existence. Hence the desire to give them back a new dignity and make them accessible also to visitors who go to this sacred place every day. In this area there is the Old Acropolis Museum, a nineteenth-century building, nowaday without a specific function and in partial disuse. Therefore the project plans to demolish the Old Museum and give a new one, in order to rebirth the underground world with its history and to find a specific location to the numerous remains that today occupy the surface of the Acropolis. As soon as you enter the museum, the secret of memory and the atmosphere evoked by the rock, the light and the ruins recalls silence and meditation. The inner space could be divided into three different rooms and three different atmosphere: the entrance ramp, the exhibition hall with the Mycenaean remains and finally the exit from the museum through the remains of the Sanctuary of Pandione. This project starts from the desire to be a silent and respectful intervention, but at the same time increase the value of those fragments of history that seem to be forgotten for ages. 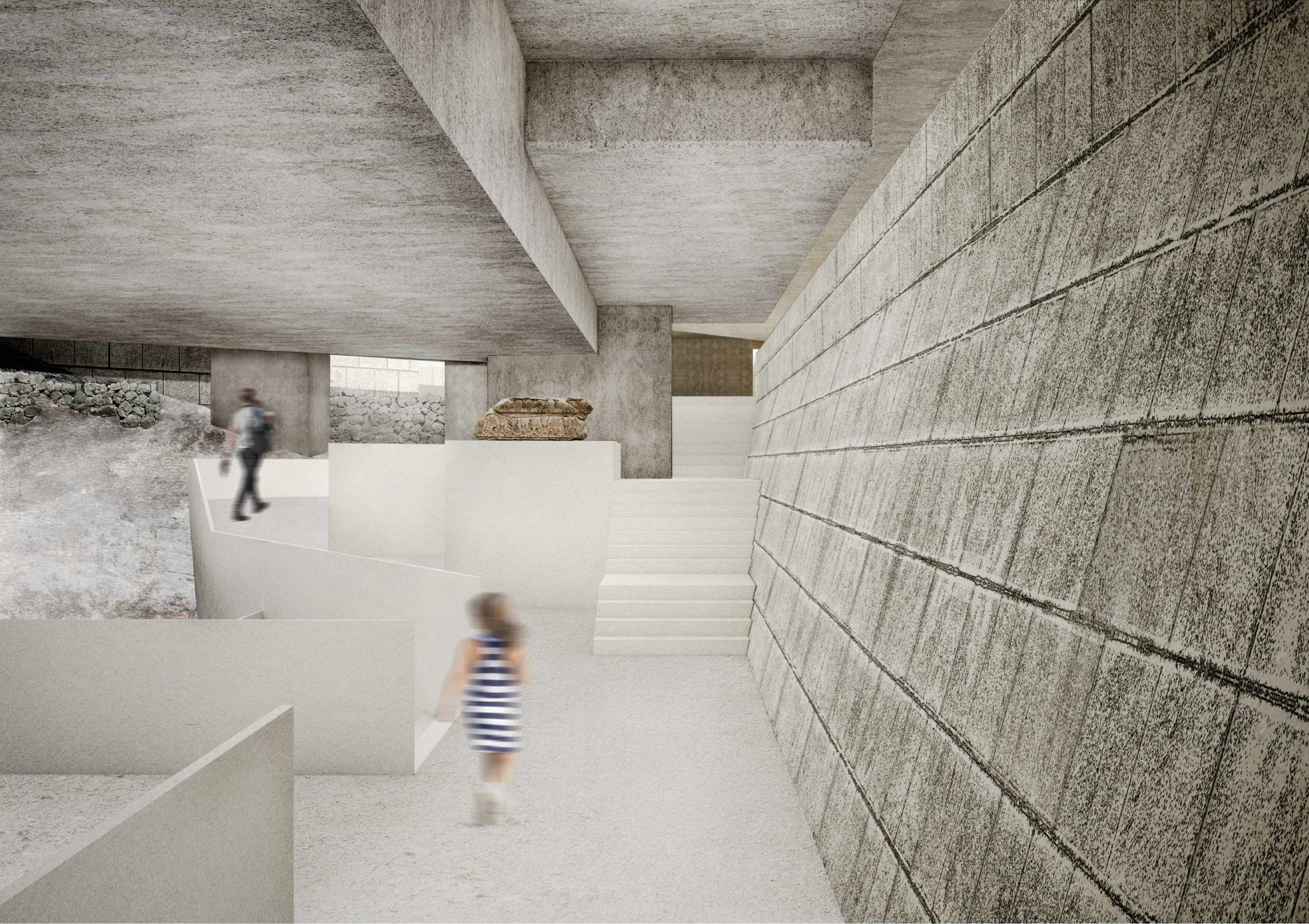 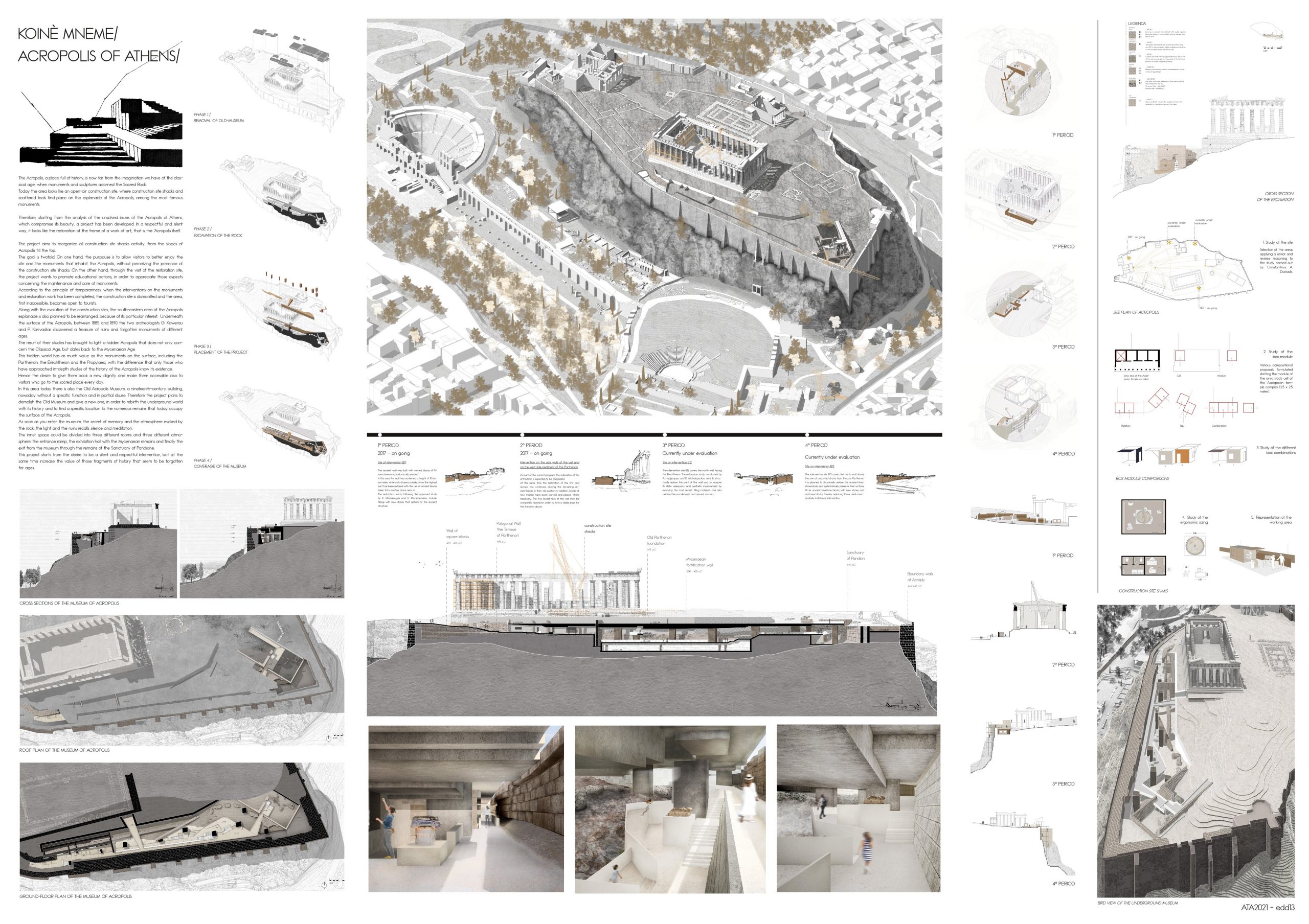