Interstices of Urban Dualism in Maputo – To Inhabit, Produce and Pray in Mafalala and Mikandjuíne 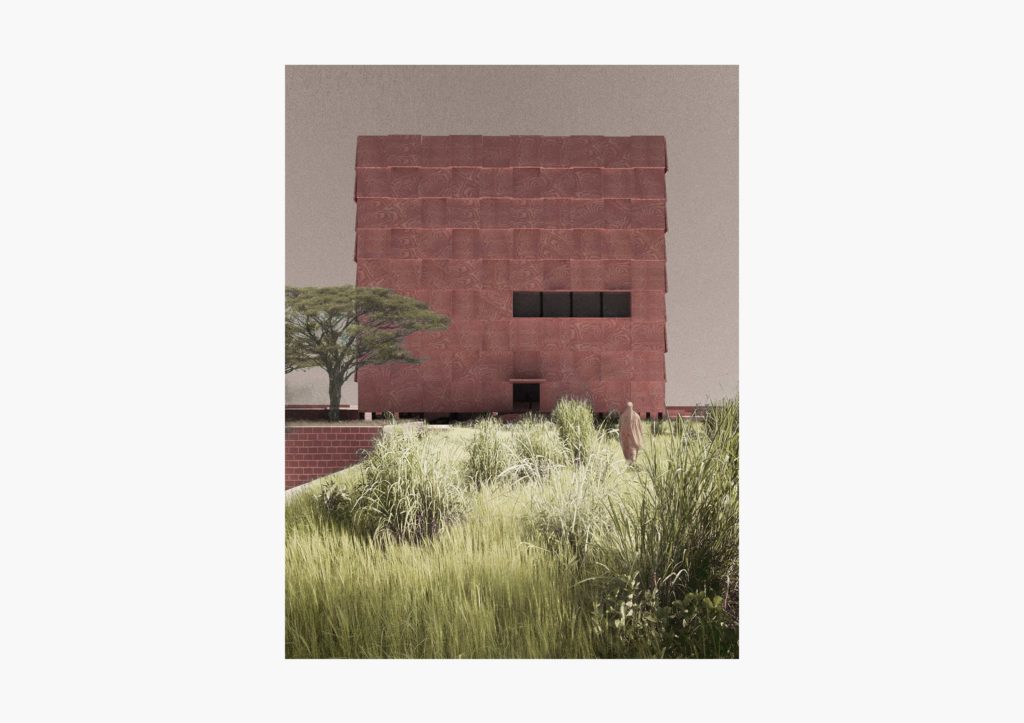 45 years after the independence of the Republic of Mozambique, its capital city has managed to remain built from two kinds of cities, as the product of the colonial apartheid. This work aims to physically react with history and politics, bluring this difference within Maputo’s most genuine neighborhoods. Today, he city has a significant population, which promises to grow up to 4 million inhabitants by 2020, but the responsible authorities are not able to provide the housing and infrastructural demand of the population, which is forced to settle weakly in the city, in a more dispersed than congested manner. 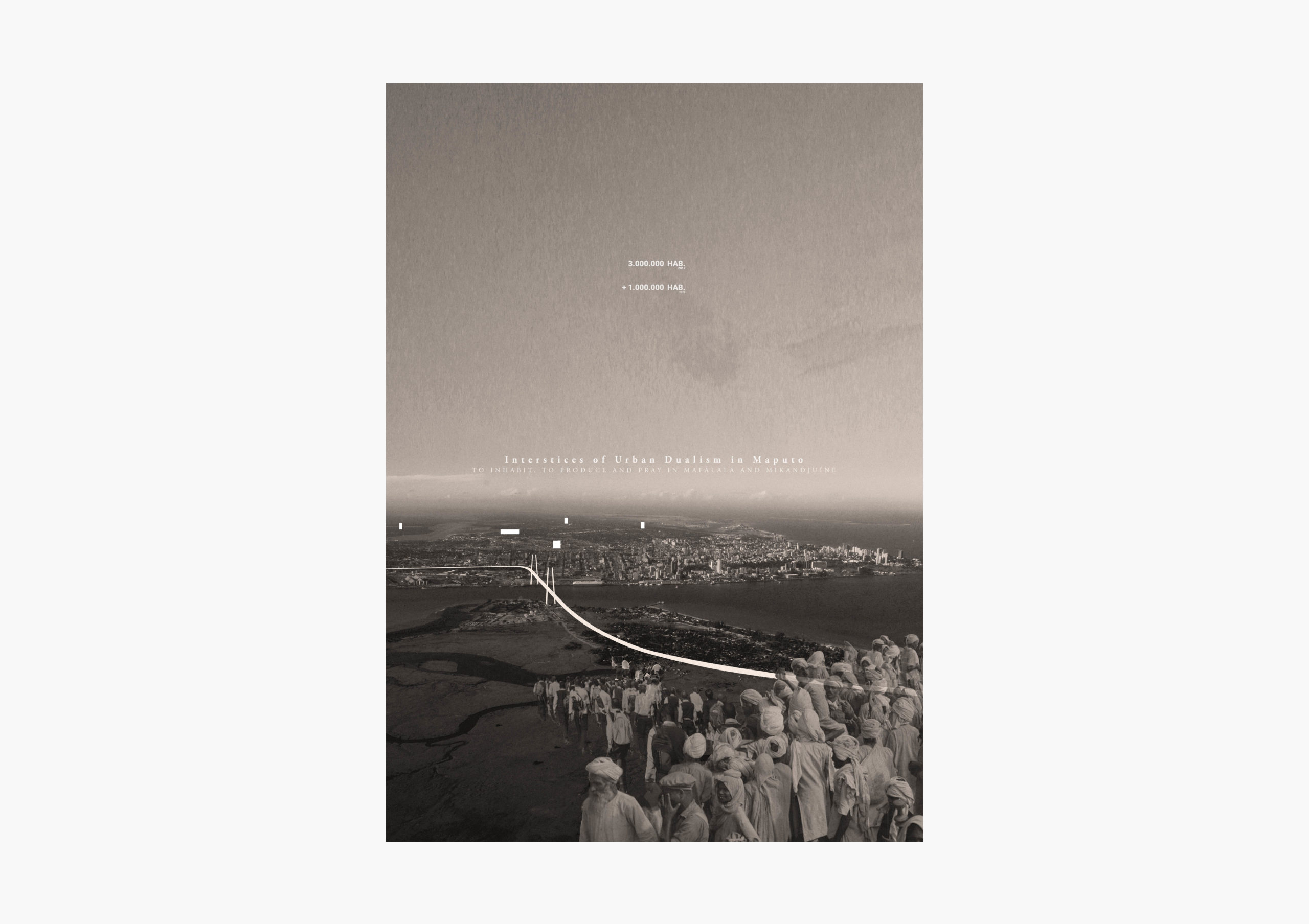 As the city is characterized by a specific dual relation contextualized by the sub-tropical urban landscapes, the present work proposes to establish morphological continuities in bodies that can be identified as urban interstices and which reveal an infrastructural dependence only provided by the "colonial" historical city. Mafalala and Mikandjuíne are neighborhoods classified by their culture and history: they are the oldest and closest improvised areas to the urban center, and also the supports for a unique indic culture, provided by the country's obvious relation to the ocean. Despite having a central position in the city, these territories have a formal and economic marginalisation, provided by the lack of infrastrutcture and equipments. For this reason, they appear as privileged territories for an intervention that seeks to respond to the city's rapid population growth, and their anachronic intersticiality, which is here, necessarily morphological, but also economic and social. 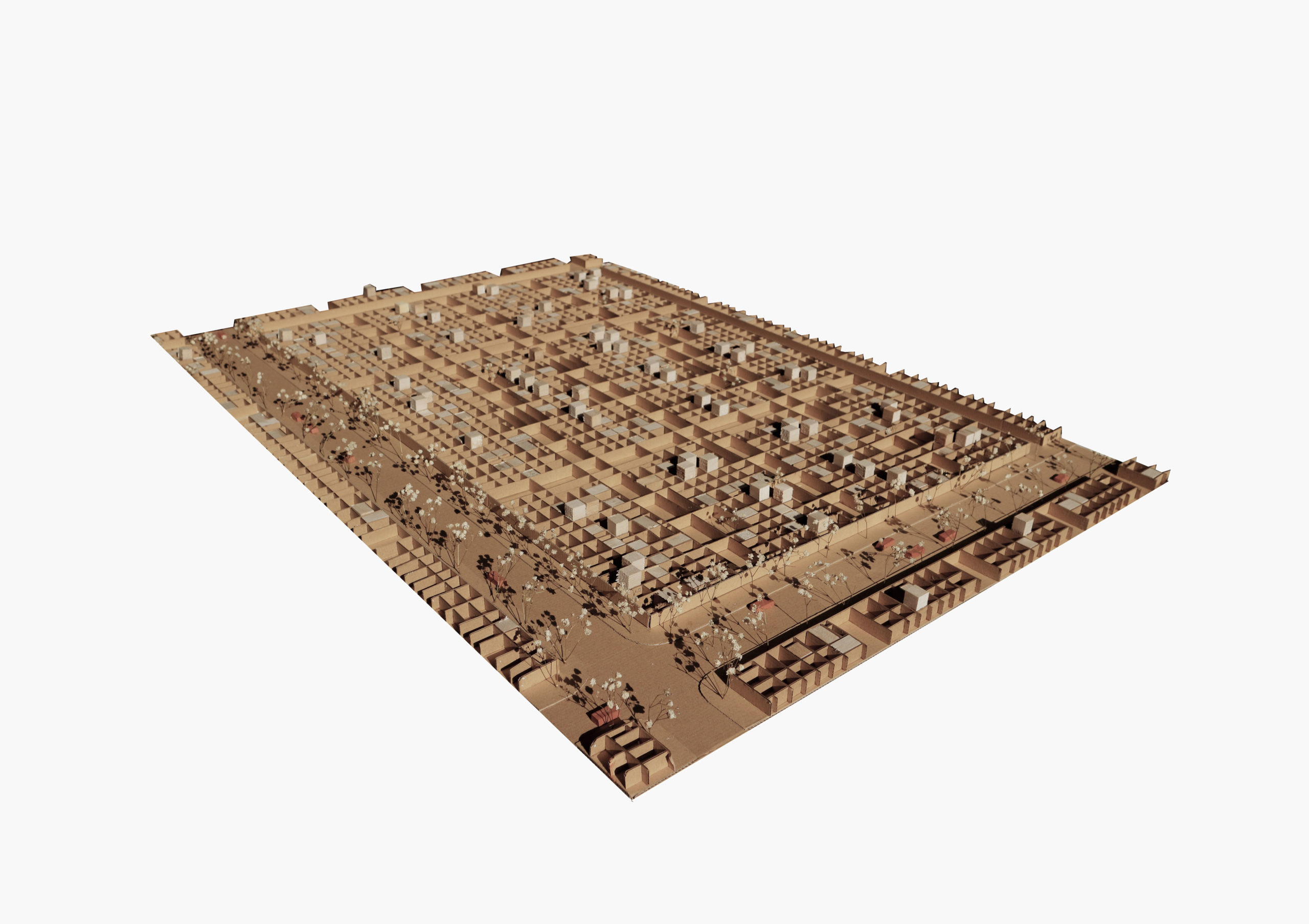 The only programmatic proposed change is the introduction of qualified public space. For this reason, to inhabit, to produce and to pray; although they are key verbs that predict the functionalization of an urban project, as housing, infrastructure and equipments, they are only explored here as such, for it is they that compose and build a interstitial public space - as something that stands between the improvised and planned urban types. If in a first gesture, the providence of this space is exercised in the opening of connecting axes with the surroundings, the cracking of the residential mass, providing a green structure for economic sustainability, is assumed as a second gesture in the strategic situation of equipments, establishing connection points at a metropolitan scale and structuring the improvised landscape. 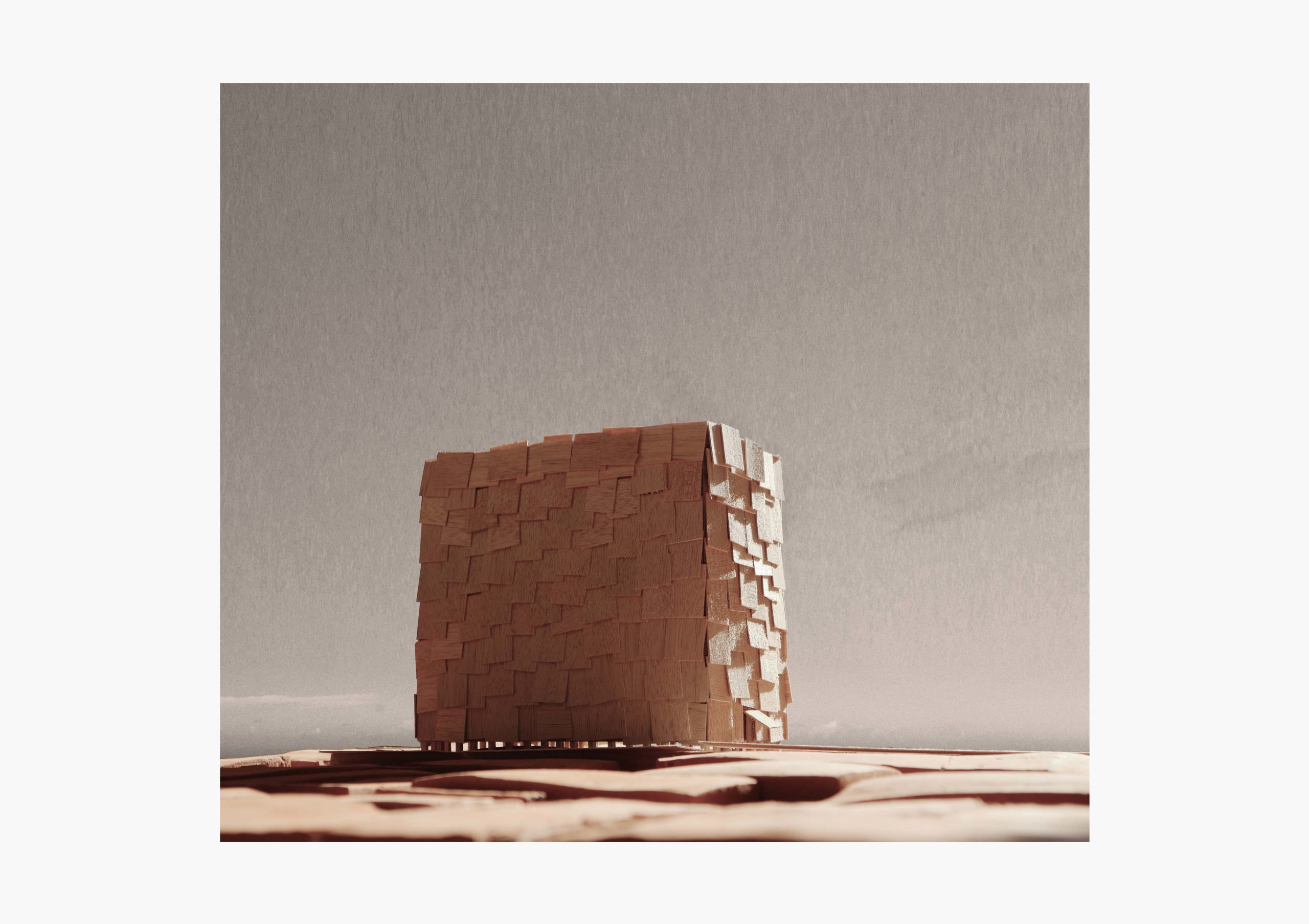 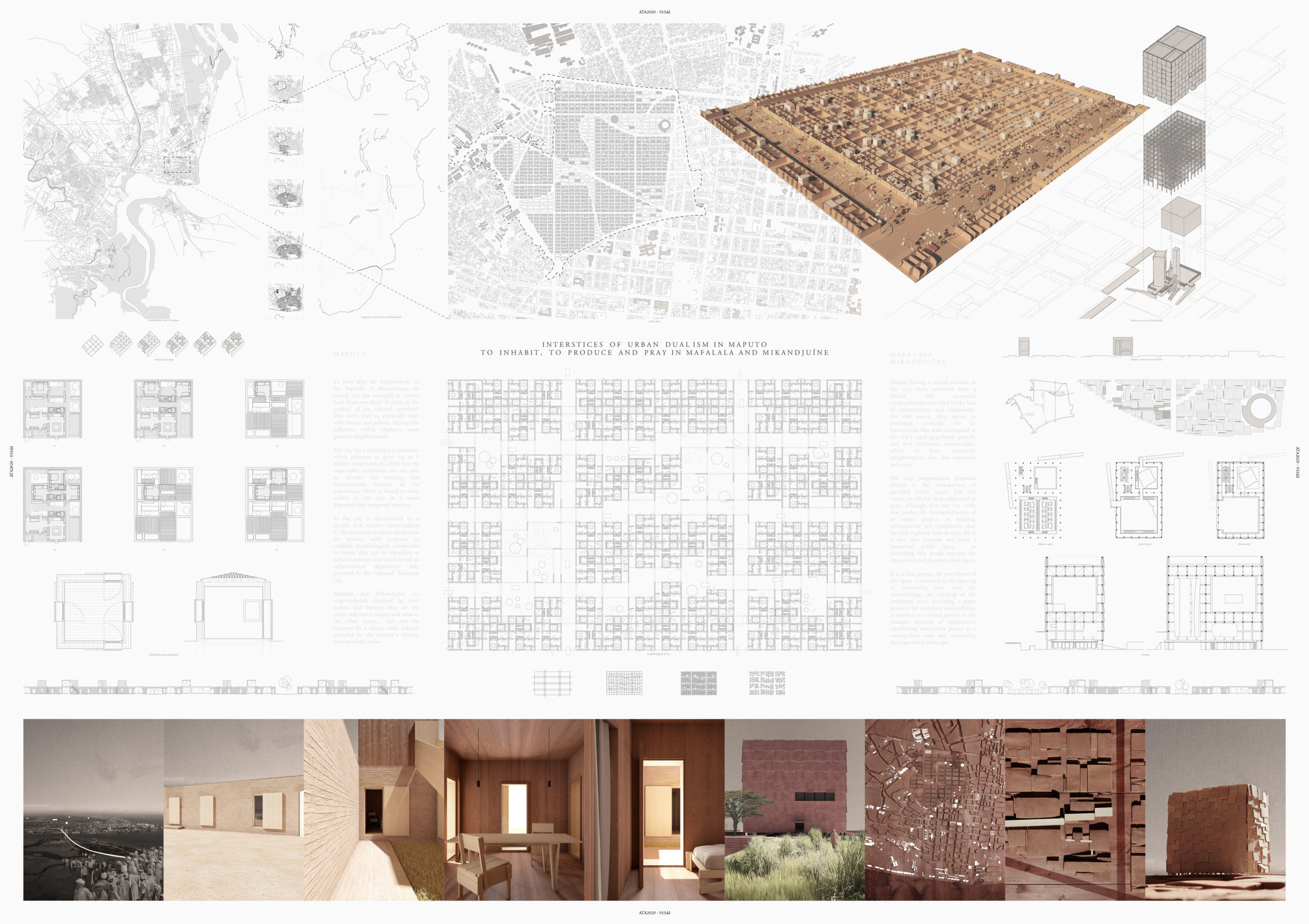 Archiprix Portugal 2018 winner, SECIL UNiversidades 2018 winner, YTAA 2018 shortlisted, and currently working with SAMI-arquitectos in Setúbal, after collaborating with Diogo Aguiar Studio in Oporto. Concluded his Architecture Master in Lisbon School of Architecture with an Erasmus semester in TUGraz. Has a great interest in art and for architecture in a broad sense of the word as he understands it as landscape construction, to the point that he is ready to be useful to the wills of stakeholders, landscape and one's collective society.
FOLLOW
MESSAGE
LOGIN TO LIKE
[pro_ad_display_adzone id='2269' ajax_load='1' info_text='Advertisement' info_text_position='' font_color='#' font_size='11']