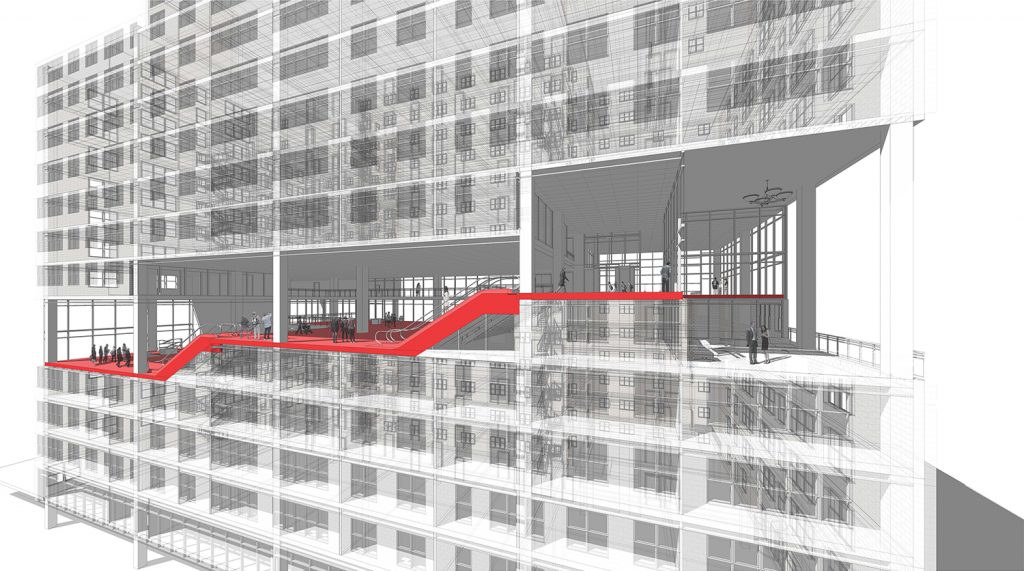 Major cities nowadays have a well-organized and stabled infrastructure surrounded by various communities. Yet, there are still ongoing issues that don’t adequately reflect the communities anymore. It is important to consolidate people’s interest and construct a strong infrastructure on top of a built environment. This thesis project explores ‘Growing Hinge’ as a way of rethinking city that collects common interest from the communities and solves problems for the city to grow as a continuous development.

The project, Growing Hinge, attempts to examine the growth of metropolitan cities by rethinking a way of collecting citizens’ common interests and enhancing linkage within the communities. Though rapid urbanization, infinite pavement, and gentrification have become one of the municipality’s controversies, and these have led people to withhold communication among themselves and amalgamate isolation. Megacities such as Manhattan has become one of the most advanced municipalities after centuries of urbanization, but rapid development also occurred lack of green space, segregation within communities, and augmented vulnerability to climate change. Starting from an artificial grid design on top of a Manhattan island, NYC government provided regulated guidelines to citizens to oversee the whole system as one gigantic infrastructure. Yet, the city’s administration remains uncountable growing issues and one of the approaches that community and individuals can involve is Community Boards. Citizens’ activities and interests recorded on weekly minutes become a framework of this project and juxtapose current urban fabric and community interests. Finding a potential location after investigating on surrounding environment and introducing new spatial/program intervention implies a better way of understanding the city and community simultaneously.

Rather than limiting the scope of investigation on architecture exclusively, understanding community involved elements that are related to urban cities such as public programs, public schools, parks, commerce, and private residences become an anchor that truly integrate citizens’ interest and reform architecture and communal realm. This will not only enhance human-human relationship but also acknowledge the community as a whole and raise up the voice encountering larger scale issues. Selected moments that are introduced shows an example of providing people new perspectives on their environment they live, work, and feel part of the city. This project proposes essential guidelines that retrofit an existing zoning regulation and attempts to design spatial intervention and propose hybrid programs within a test block located in Upper East Side. 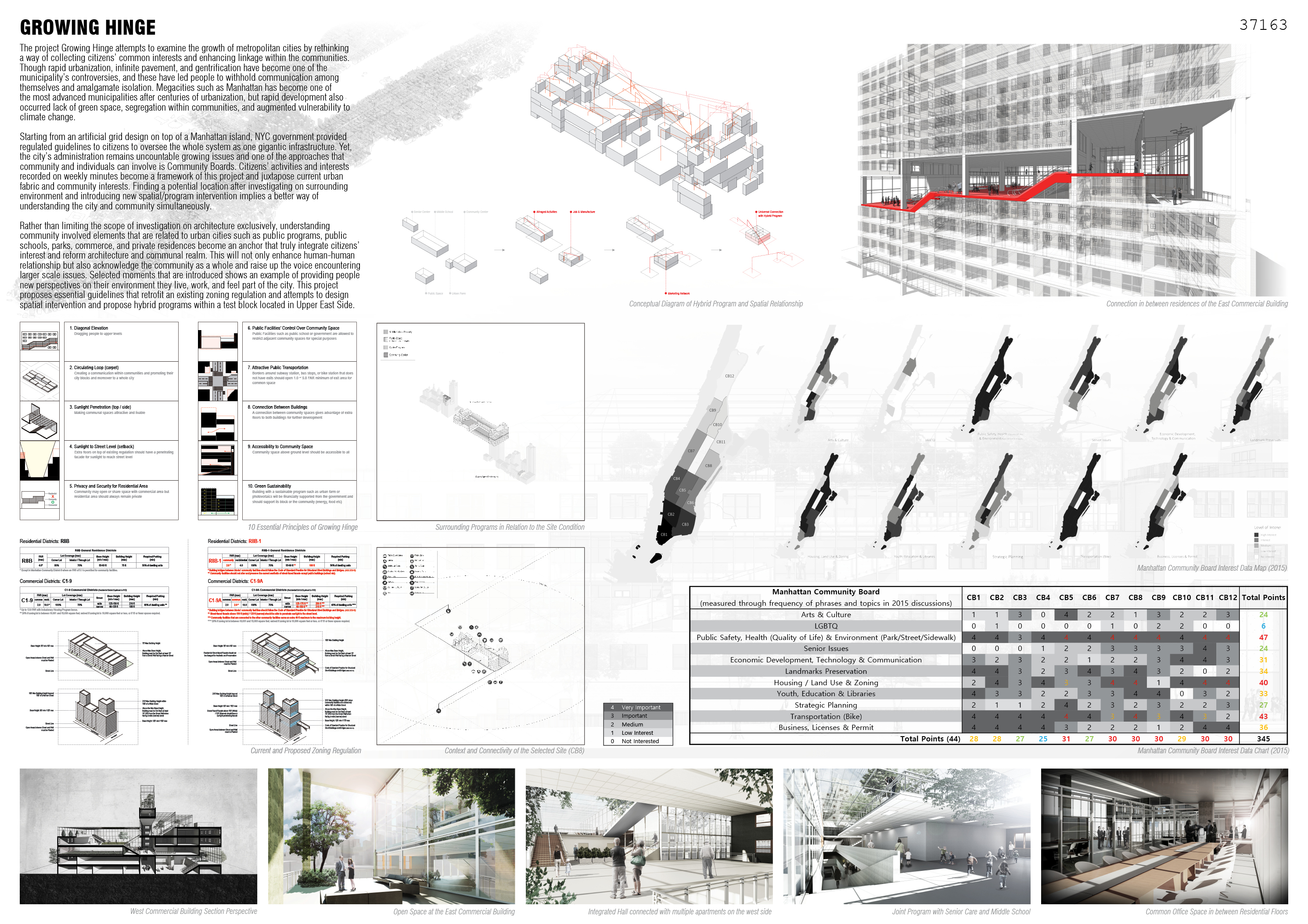 Jun is a New York based architectural and urban designer at Skidmore, Owings & Merrill (SOM). Born in Seoul, Korea, he strongly desires in designing a city, architecture, and space for people with strong dignity. Jun’s mission as a designer is to confront conflict, inequality, discrimination, and deficiency by creating an innovative strategy and finding opportunities through mutual intervention to revitalize humanity. More than architecture and urban design, Jun seeks to discover a new way of communicating society and culture through innovative technology and unprecedented design techniques. He won several prizes such as his postgraduate project with his GSAPP colleagues, 'The Right to Water', receiving first place award from Dencity 2017 competition hosted by Shelter Global, and 'Rooting Informality', receiving honorable mention award from DRIA 2017 International Open Competition hosted by Designing Resilience in Asia. Jun also received honorable mention award from Archasm competition, New York | Liberty Museum with a project 'Recall the Past. Revive the Present. Relief the Future'. Jun's works have been globally featured on media and articles such as Archdaily, Bustler, Archinect, etc. After jumping into his professional field, Jun was an invited critic at RISD and invited lecturer in Amman, Jordan about his awarded project, The Right to Water. Jun has been participating in several SOM's architectural and urban design projects in major cities such as New York, Miami, Tashkent, Shenzhen, and Guiyang, etc. He is a founder and principal at AHN, A Human Network, and a board member of CREAM. Jun holds a Bachelor of Architecture and Bachelor of Fine Arts degrees from Rhode Island School of Design. He also holds a Master of Science in Architecture and Urban Design degree from Columbia University GSAPP.
FOLLOW
MESSAGE
LOGIN TO LIKE
[pro_ad_display_adzone id='2269' ajax_load='1' info_text='Advertisement' info_text_position='' font_color='#' font_size='11']