Flood me if you can! 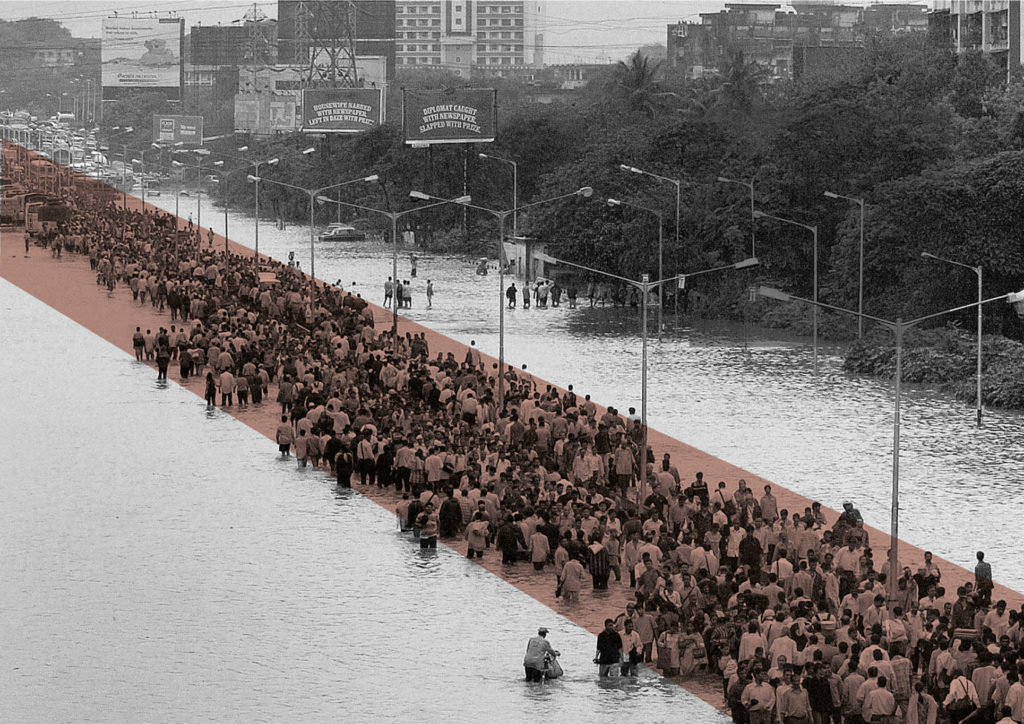 The strategical placement of the Eastern Waterfront between land and water offers a unique opportunity to activate both businesses and Mumbaikars in a new healthy context. It has been a closed-off industrial area that lacked porosity and condensed multiples challenges. Late events in Mumbai have also clearly shown how changes in weather can cause relentless turmoil in urban life. Heavy rainfall, flooding and rising waters are challenges that are yet to be pinpointed as part of urban design agenda. Rather than developing a masterplan to which multiple layers of actions would be applied, we adopt a bottom-up strategy where our proposal is shaped by the core element linking most of these challenges: water. 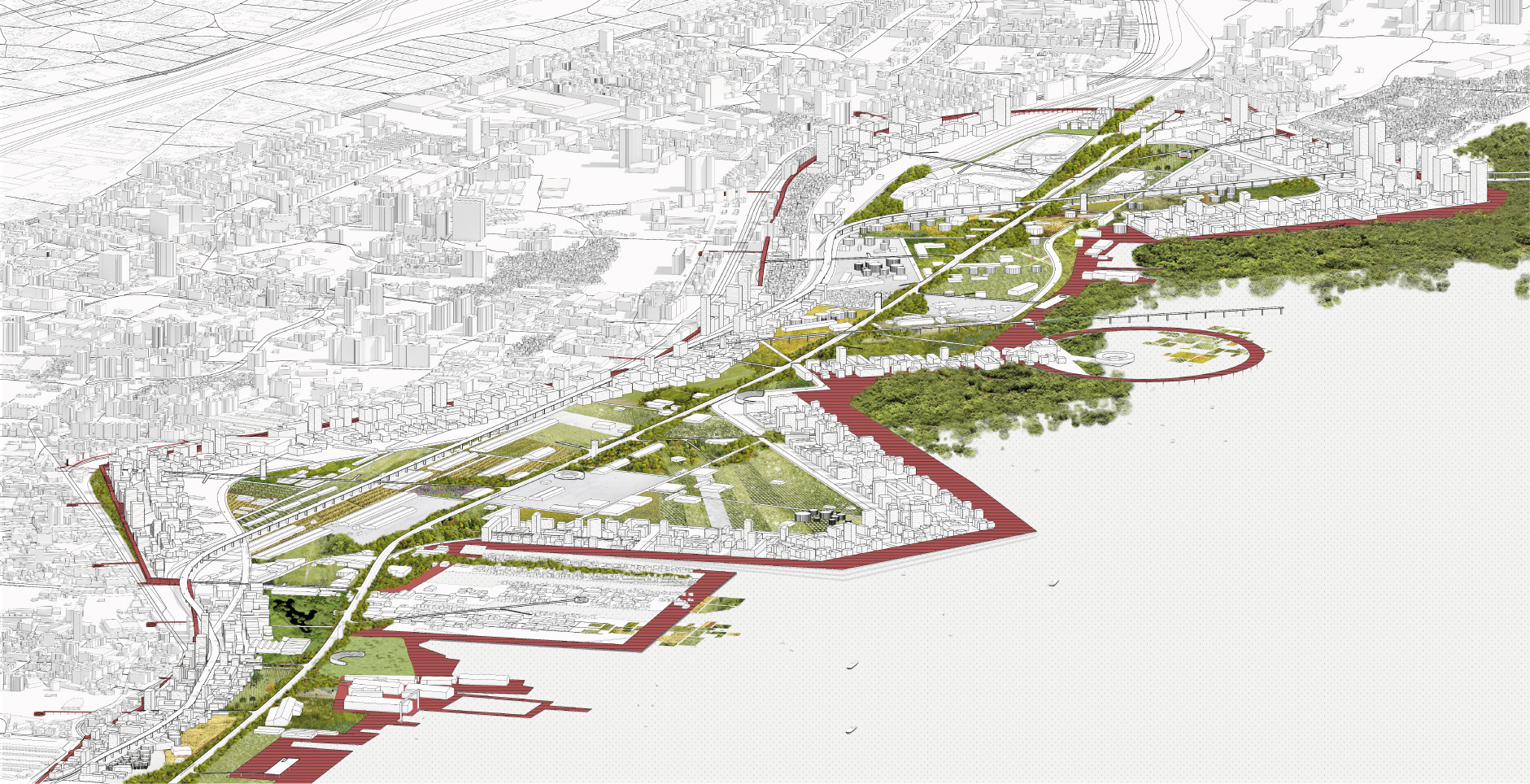 Mumbai has been built on water reclamation responding to the pressing needs of connectivity. But these new flatlands replaced waterways and became water traps clogging drainage systems, and flooding when water arrives. It worsened with massive urbanization. Rather than seeing water as a threat when there is too much of it and pouring significant investments in flood defenses, we propose a systematic transformation where a permeable topography could allow water in and out through controlled floodable areas. New ecologies and public spaces emerge, enhancing urban experiences and responding effectively to a vulnerable urban fabric with a resilient water management ecosystem.

Community and Heritage: We aim to lay out a canvas of appropriation where the Mumbaikars take ownership of their urban space and participate developing it. The public corridor cutting through the Eastern Waterfront is an expression of this open potential: a place of gathering for Diwali, Ganesh Chaturthi or Banganga festivals, a marathon trail, sport events.. are some of the activities that would animate Mumbai’s new public heart. Reminders of the industrial heritage are preserved, enhanced and reused as part of the new ecosystem: Oil tanks are transformed into water silos, warehouses into greenhouses, sheds, recycling units or markets... The silos and industry buildings compose a cultural and historic value that we reconvene creating a new framework for the city. Slums: Addressing the slum issue is in a sense the key step when it comes to achieving a sustainable urban development. While we agree that the current state of the slums in Mumbai isn’t sustainable, we are against displacing people living in these settlements, as it would create more urban stress and therefore the opposite effect as the one aimed for. The paradox of not owning the land your house is built on and being considered illegal are one of the main barriers toward a solution. Our strategy is strongly linked with the political will of the government into solving this issue. Instead of forced evictions, we position ourselves in a more “In-situ” upgrading approach: Slums are connected to the water, electricity

Two recently graduated architects from the ENSA-Grenoble (France). We met during our master studies where we collaborated successfully in an international European competition. For our last year at university, we decided to conduct together our final Thesis Project "Flood me if you can!" in Mumbai-India, treating the most pressing issues of Urban planning & large scale Architecture: “Leapfrogging Development”. (Skipping over phases of urban development that are unsustainable, from social, economic, environmental, and structural perspectives). Our thesis project was a response to the Schindler Global Award competition 2019, under the impulse of the Schindler Group, ETH Zürich & the University of Lichtenstein. "Flood me if you can!" stood out among entries by winning the 1st Prize and was presented at the Global Schindler Award event in Mumbai.
LOGIN TO LIKE
[pro_ad_display_adzone id='2269' ajax_load='1' info_text='Advertisement' info_text_position='' font_color='#' font_size='11']