En Patrais (In Patras) : A proposal for regeneration in 3 scales 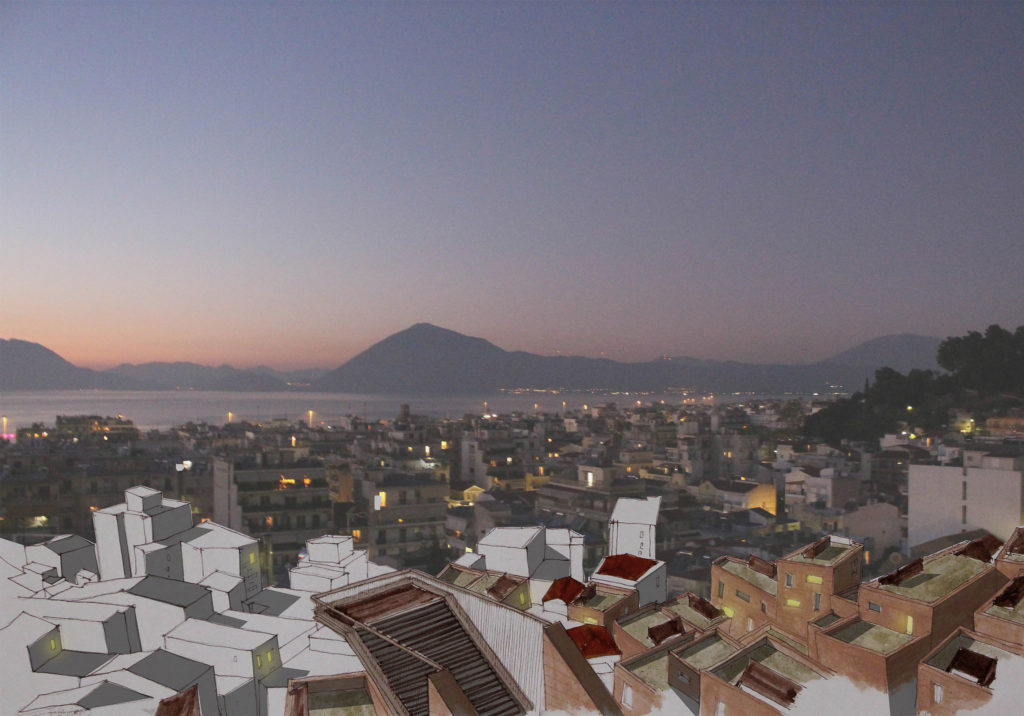 Patras is the third largest city of Greece and its history dates back to 3.000b.C. Patras’ historical center consists of: the upper town (ancient city with Acropolis, which later became fortress up to the present day) and the down town (for which the first urban plan made in 1828).Our study area belongs to the upper town and it could be described as a layman, anarchically and densely structured neighborhood, which has acquired its own special character. Actually, the neighborhood is spread on the castle hill, following really large slopes.The diffusion is so big that the two important monuments of the area (the Fortress and the Old hospital on Fortress’ South) have been incorporated in the whole landscape of urbanism.

Initial, the area around the fortress, as protected, was not included in the city plans. Gradually an "informal spread" of urban fabric began around the castle hill, which was later incorporated into the plan as TRITAKI SETTLEMENT.The FORTRESS was built by Justinian using some ruins of Acropolis’ temples.It was surrounded by a fosse which was later covered by the Old hospital on the South and some houses on the North. The OLD HOSPITAL is currently used for cultural events. However, it seems like an abandoned place, with a neglected patio,unattached forms and a neoclassical facade hidden behind parked vehicles. Our project, after studying the current state of the historical area of the Patras Fortress, proposes its regeneration in 3 scales. Scale of the: a| city (1: 5,000), where a public transport route is created, stopping by the important existing monuments of the historic center, including the fortress, the most significant among them. b| area (1: 2,000), where a park area around and inside the castle is designed and c| the point interventions (1: 250), where a part of the existing “neighborhood” is being reconsidered, the old hospital is being converted into a city museum and a connecting “middle-space” construction between the new museum and the fortress is being designed. The aim of our proposal is to treat the area as a unity, taking into account all the structured and unstructured environment, trying simultaneously to respect and critisize what was already there. 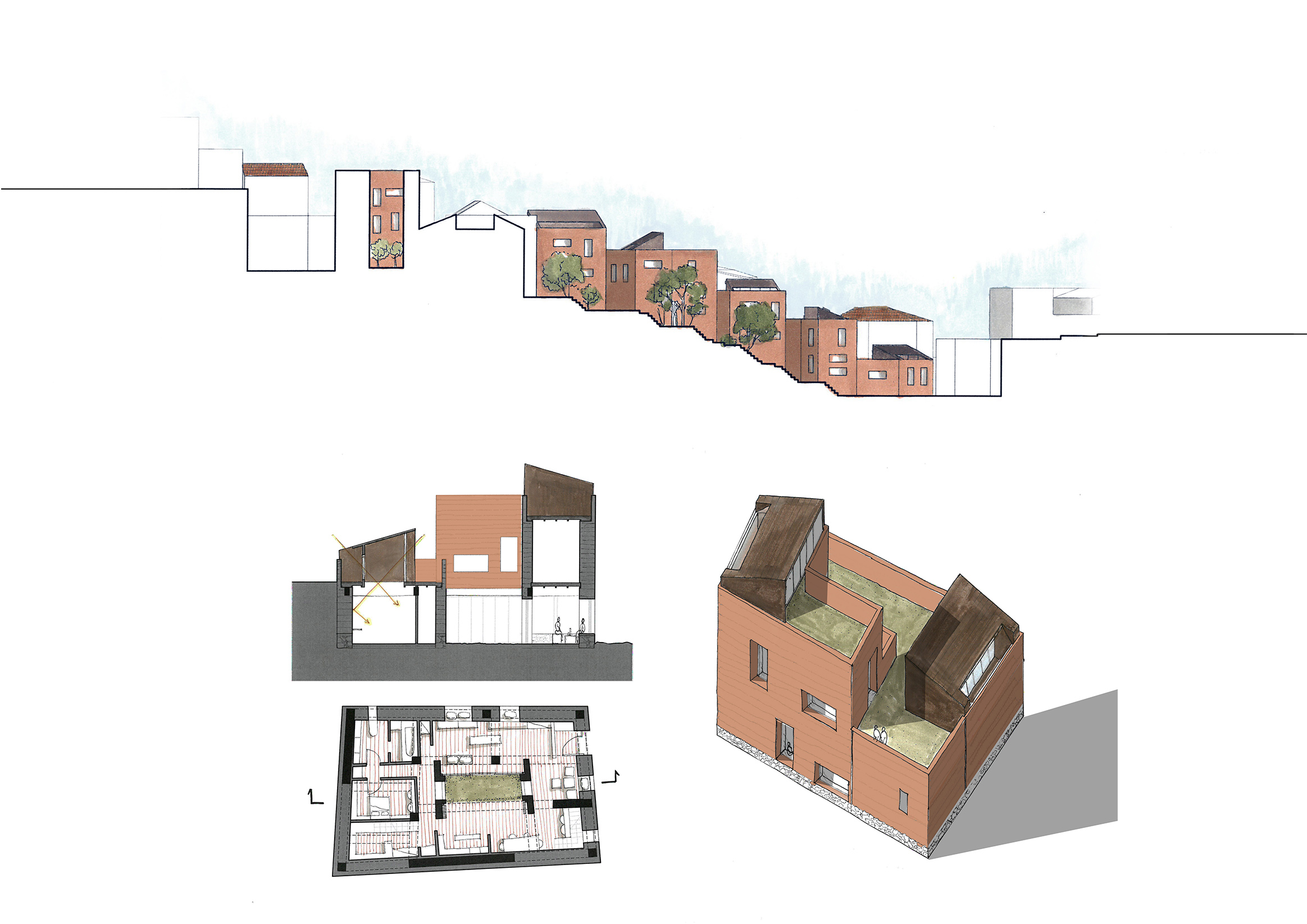 A main concern of the proposal is to preserve the "neighborhood" character by redefining its relationship with topography, scale, historical environment and sustainable development. Hosting visitors in the NEW NEIGHBORHOOD is desirable but limited in order to avoid gentrification. Some buildings that need to be preserved are being conserved or restored. The old hospital is proposed to be restored and converted into a CITY MUSEUM and information center about the city's historical evolution, a function much needed for the city of Patras. Some of the more recent buildings are being demolished and rebuilt along the lines of the initial uncompleted neoclassical plan. The walls of the new additions are made of rammed earth, a material that contrasts with the rest, but allows the new structures to be distinctive and integrated with the general character of the proposal. A big part of the exhibits is projected through audiovisual digital material. The MIDDLE-SPACE CONSTRUCTION links the museum with the castle’s interior, allowing them to function together as a unified cultural space whenever it is needed. This connective structure is introverted, inspired by the castle’s configuration. The materiality chosen is similar to that of the rest of the point interventions and consists of 3 materials: rammed earth, metal and wood. 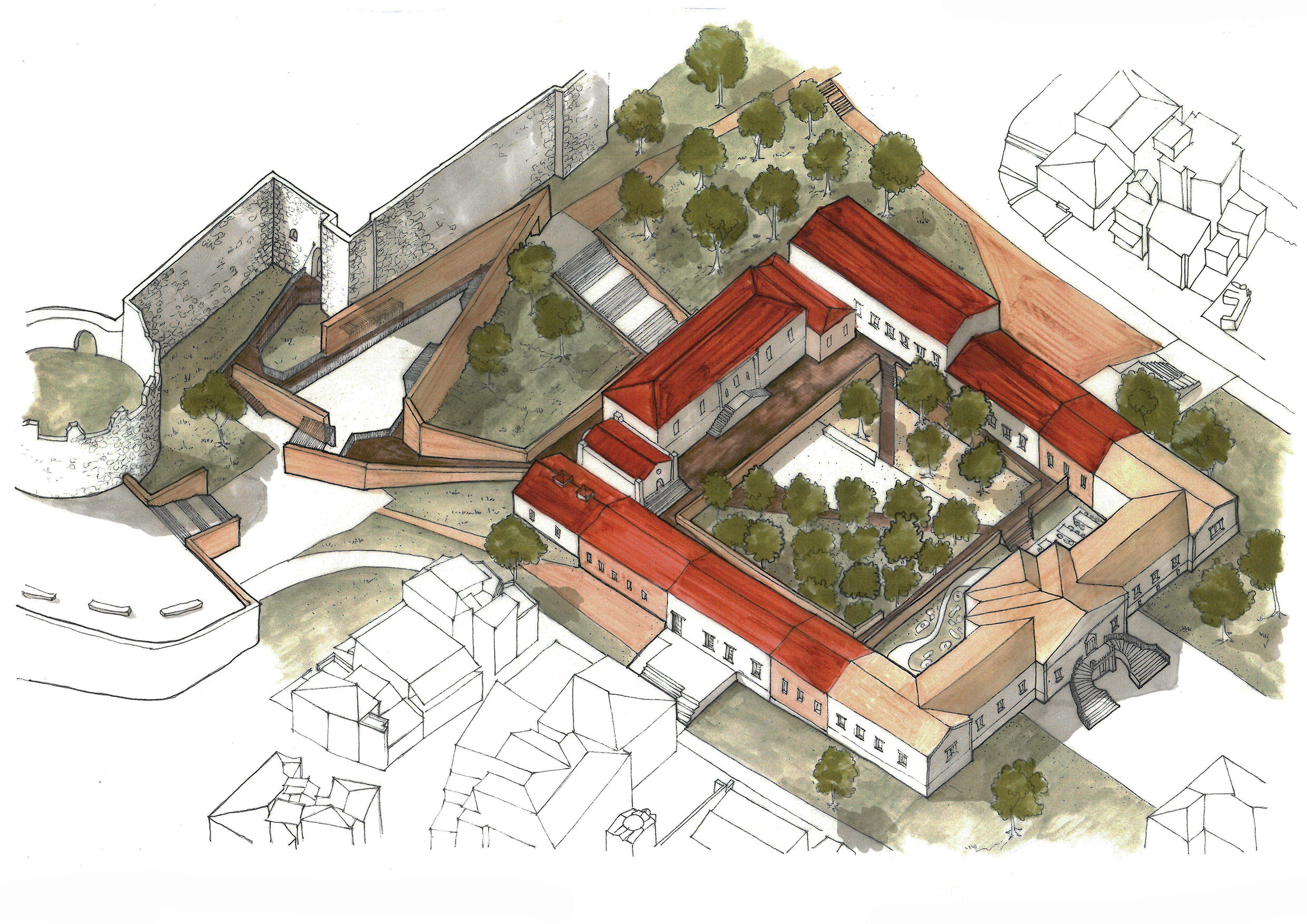 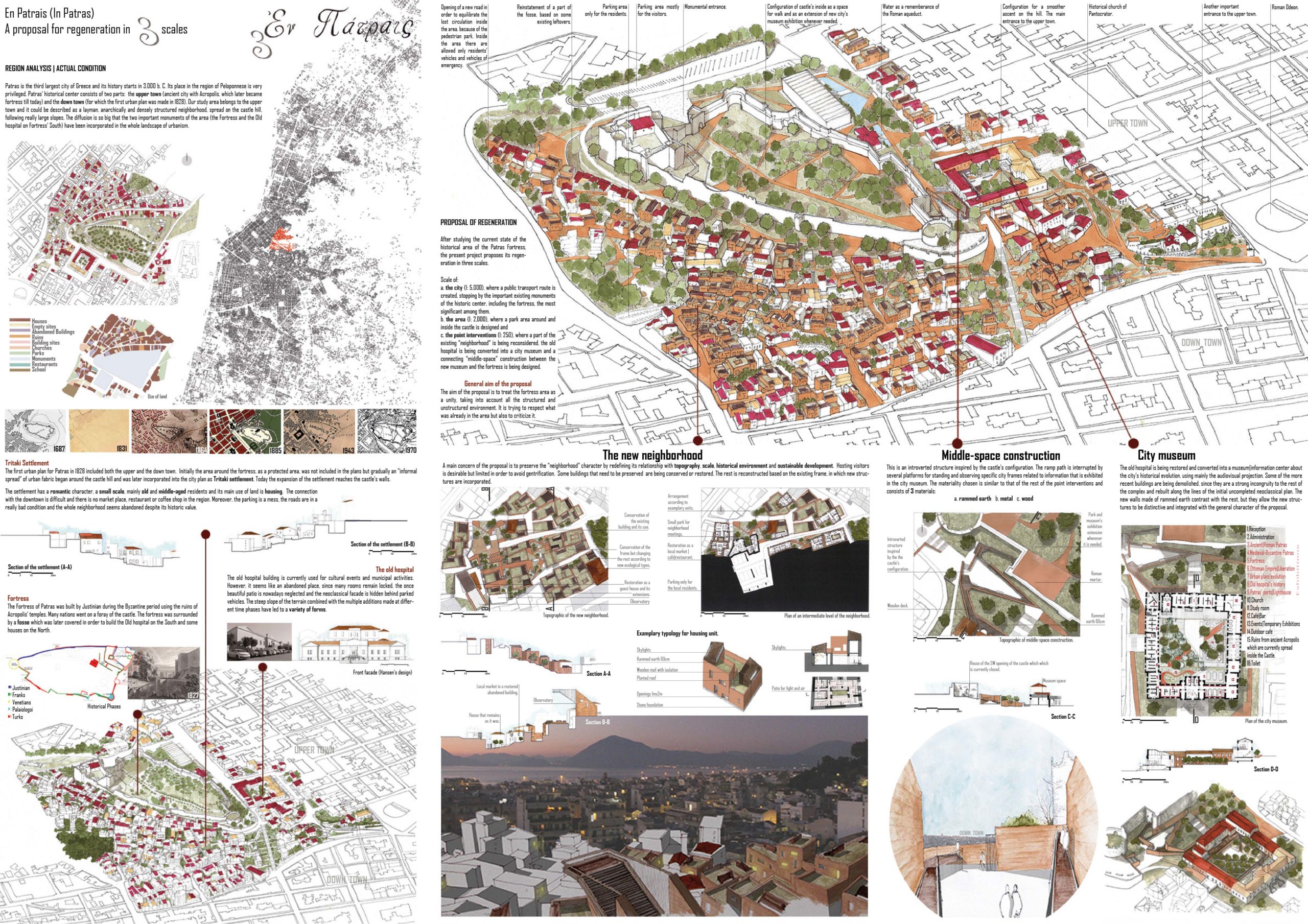