The study that I set up mainly analyzes the history and evolution of Cova da Moura, an informal neighborhood in the Lisbon Metropolitan Area.
I tried to unravel the theme in its smallest details, understanding the dynamics that created the settlement and make it as it is. I believe that starting from the basics is always interesting and very useful, in order to see through the current reality and to reach the various evolutionary processes that make a place exactly what it represents. The theoretical reflection is the main guideline for the formulation of practical interventions and has been built starting from different dimensions, such as: participatory architecture, the direct experience lived in the favela and the analysis phase. 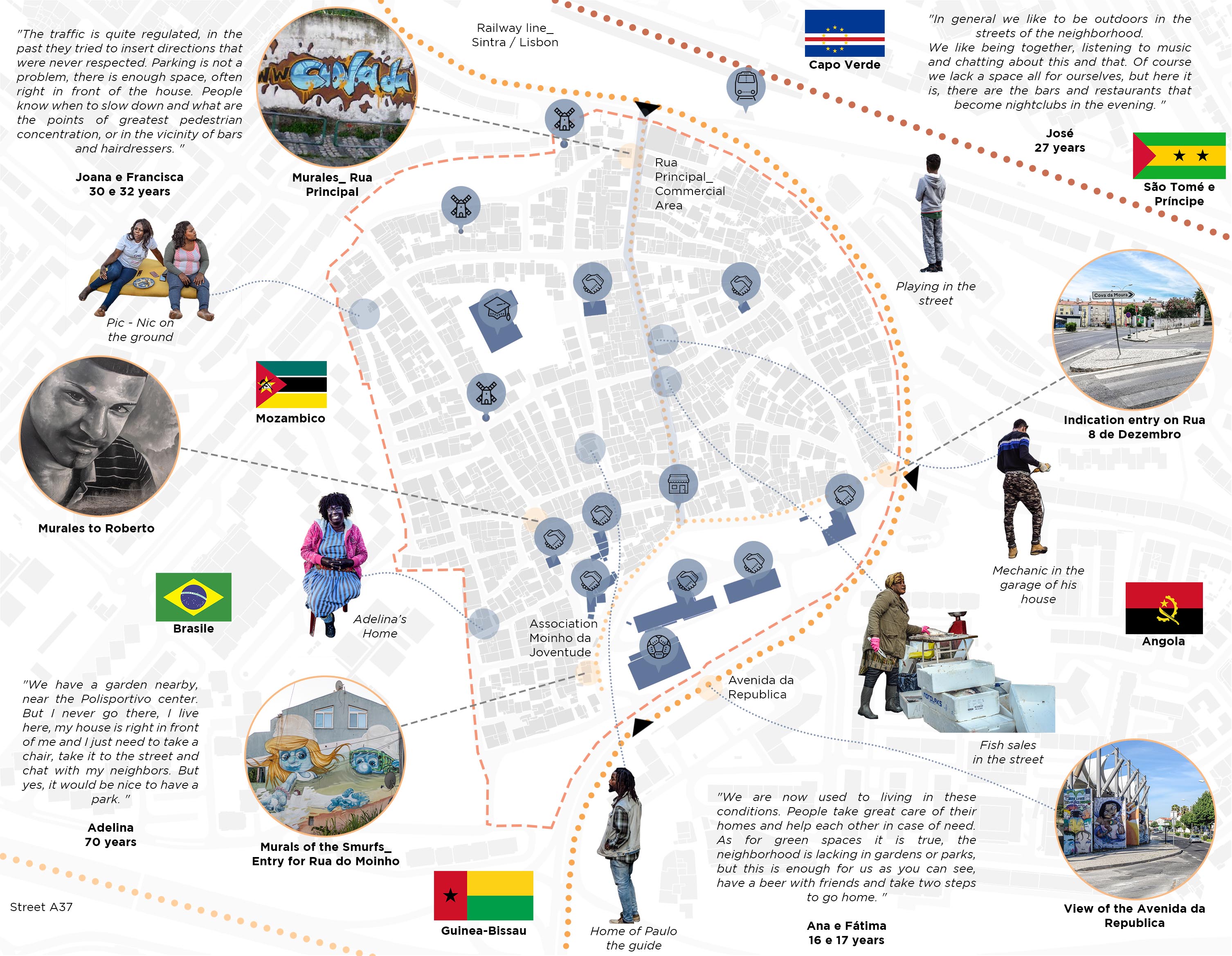 Meeting point for the marginalized, escaped African immigrants from the Portuguese colonies after the fall of fascism, site of obvious social problems that manifest themselves under many aspects. The neighborhood is composed of many social, construction and planning troubles. : There is a strong issue with organized crime, arms and drug trafficking, early school leaving, teenage pregnancies, unemployment and violence. There is a bad state of preservation of the buildings, the viability has no specific meaning and above all there are no public spaces, although for the inhabitants, the public road is an extension of the private house. Only after several conversations with the people inside the district, I managed to outline the real needs of this population. Focusing on the possibility of talking to certain “Stackholders”, their needs have proved to be the opposite of those that I thought could have been in the beginning: the people do not want architectural changes in the neighborhood or improvements in the construction of the houses, but they only want to use the empty spaces in a better and collective way. For this reason I decided to proceed in a specific direction, to preserve the existing heritage and to improve the public space. Capturing the "genius loci" was the most important aspect for this proposal.

Cova da Moura is an urban island, deliberately isolated from the rest of the city, Portugal and the whole world. It is an admirably self-managed place, considering the social difficulties it contains in its interior and people are more open and willing to dialogue than it may seem. My projects are born with the hope of helping the people in this neighborhood in a very simple way, improving the quality they live the public space. The proposals are articulated following three fundamental intervention lines for the improvement of: Access to the district, currently problematic. Road profiles, momentarily with random widths, without rules and parking lots. Green areas and equipped public spaces, of which now there is a serious lack. There are five main projects that make the neighborhood more open to the outside and improve its liveability. An "Auditorium" Park, with paths immersed in the greenery and a square for community meetings. A "Famílias" Park, for citizens who need more safe and green spaces, therefore families and children. A "Feira do Mercado", a multi-purpose space with a primary function as an open-air market, a border with the outside. Urban gardens "Cachupa", to recreate a relationship with the land and to cultivate food products. A "Saudade" Pocket Park, for the Association that most regulates the life of the neighborhood and assists children daily. Act punctually in strategic places with existing improvements. 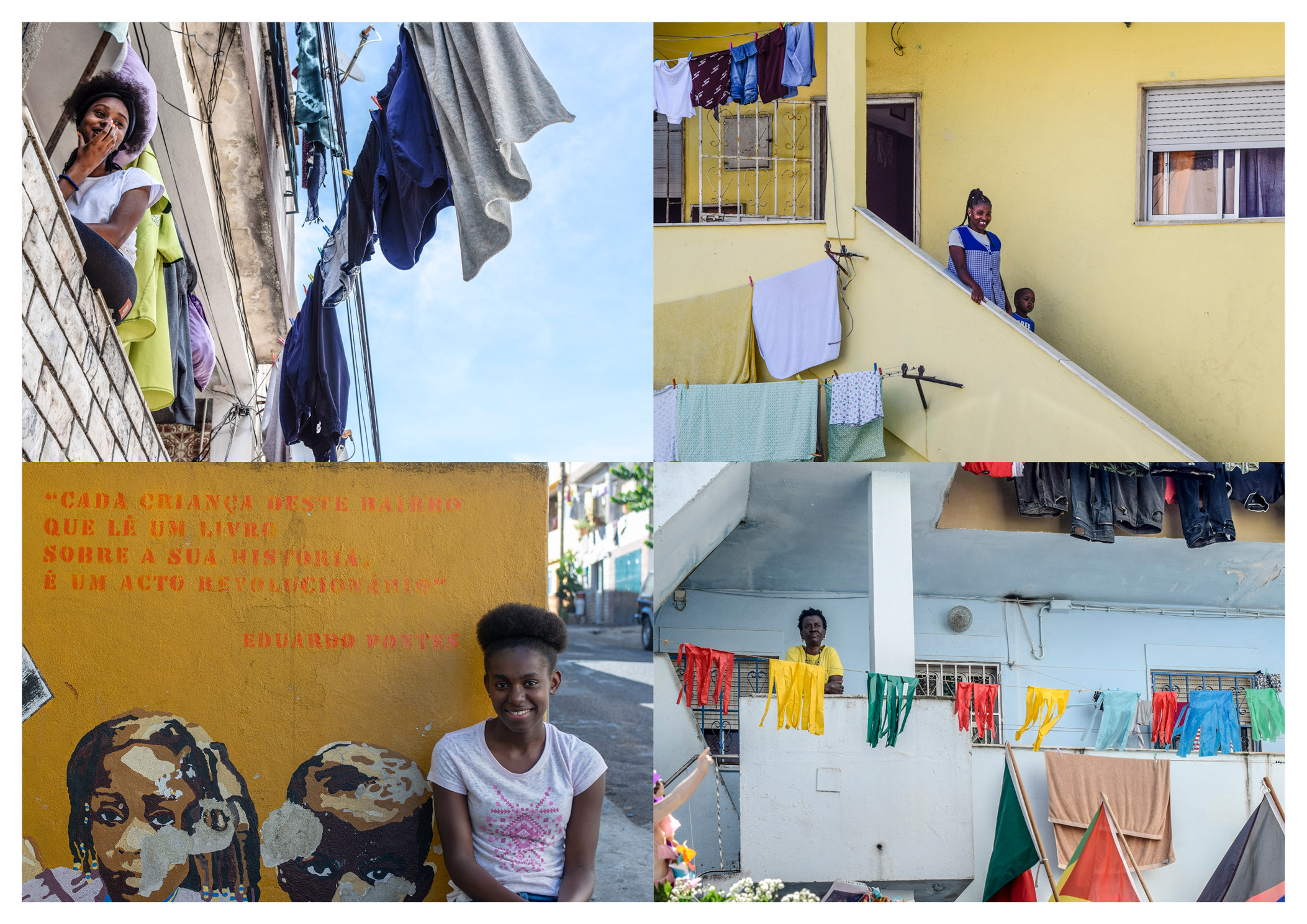 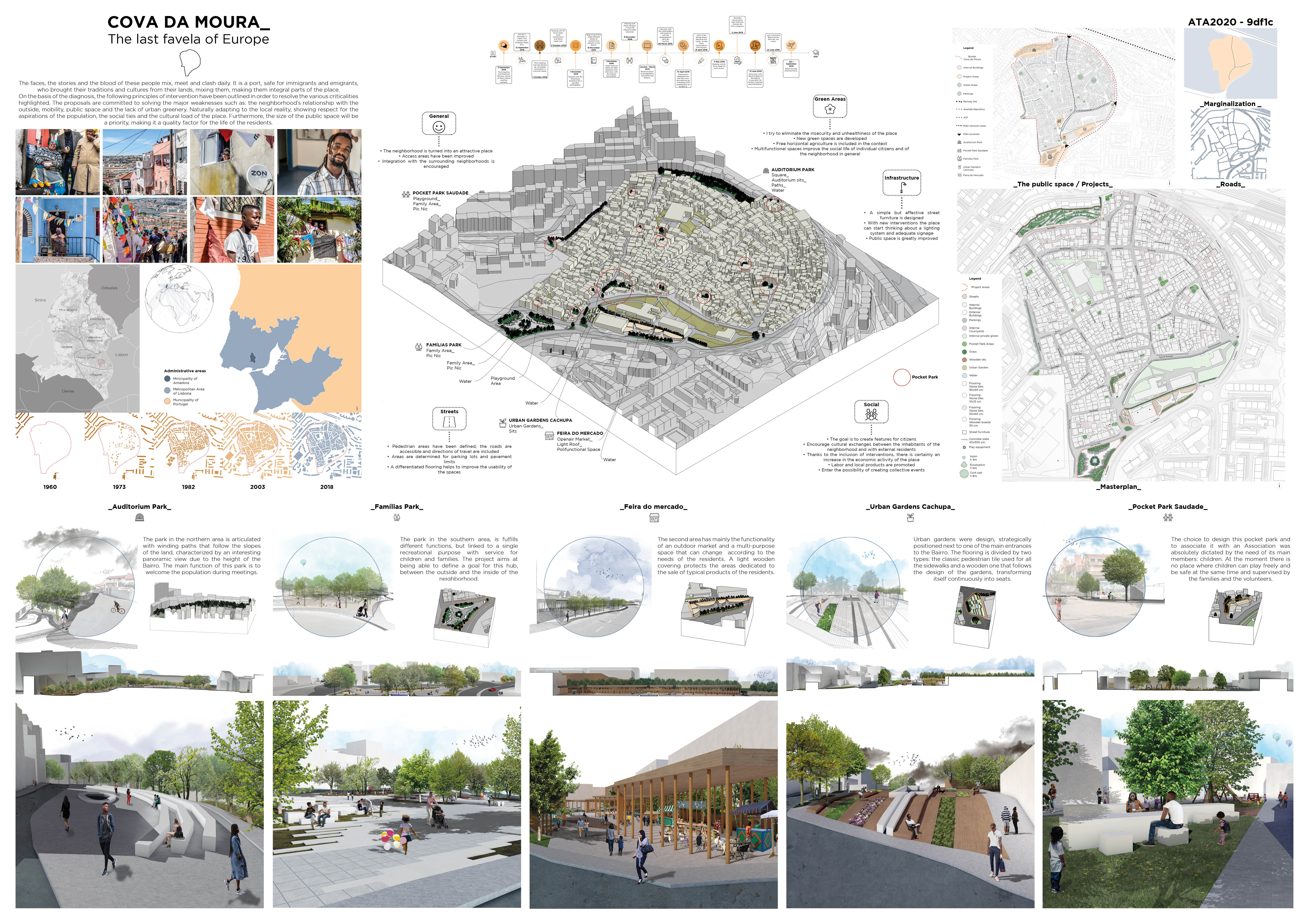 Italian, from Puglia. Eternal traveler, courageous experimenter. Amateur photographer, lover of the most practical order and the most passionate confusion. Passionate about the diversity and magic that surrounds us all around.
FOLLOW
MESSAGE
LOGIN TO LIKE
[pro_ad_display_adzone id='2269' ajax_load='1' info_text='Advertisement' info_text_position='' font_color='#' font_size='11']