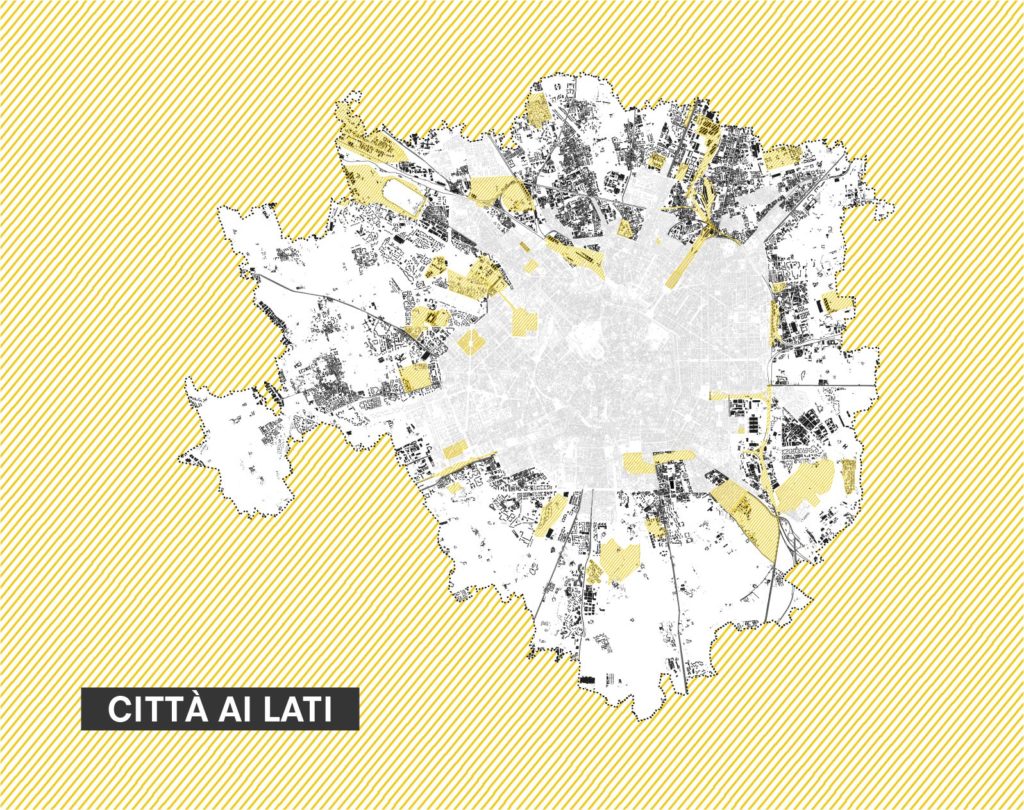 This project critically engages the urban scenario of the city of Milan, in which are present some peripherical areas whose character is fragile. The purpose was to rethink an urban border, specifically the area of Porto di Mare, located in Milan. The architectural project can be thought as a resilient project, conceived not only of responding to the current needs of the place and the city but also of configuring itself as an adaptive framework, capable of facing climate, environmental, economic and social changes that future prospects. Within this scenario, it’s introduced the concept of the circular economy, an instrument for designing, in which the development by temporal phases is combined with the study of the life cycle.

The area of Porto di Mare, between the city and the rural territory, was identified as a possible site to develop a pilot project that could be applied to areas with a similar character. This site presents some element of fragility that affect both the social and the environmental balance e.g. disused infrastructure, unauthorized buildings and soil pollution. Following the analytical part, we revised the "Ciam grid" intersecting the three scales of intervention with the themes related to the city of the future, to define a set of operations to answer this request; these are assumed as fundamentals for the definition of a Master plan which follows the paradigms of resilience and Circular Economy: reduce-reuse-recycle. The project is developed through different temporal phases, allowing a circular construction chain. Moreover, the energetic sustainability was accomplished through the integration of a Smart Grid and clean local energy production. The first scale is the "Territory" that deals with the regeneration of a disused railway through the reactivation of a local network. This linear system interacts with the territory through the connection with some relevant nodes, converging on Rogoredo station, a new hub between the urban and the territory, crucial for the city of the future.

The scale of the "Settlement" declines urban design with the new food policies, where the local production chain, in relationship with food processing and advertising, becomes a vital factor to reactivate the metabolism of the city. The strategy is declined through temporal phases starting from the reclamation of the land, followed by the identification of buildings that could be reused and areas to stock recycled materials derived from the selective demolition. The "Architecture" deals with two different projects assuming the paradigms of resilience and circular economy, considered as a chance to redefine a sustainable growth. Architectural design and technological aspects should interact to introduce elements of future modification inside the project i.e. dry construction that allows the reuse of materials and a sustainable construction chain. Resilience is intended in its social connotation through the creation of shared spaces and public spaces for social cohesion at the city level. The environmental value is given through the design of draining spaces. In conclusion, the three scales analyzed are focused on the questions of how architecture can answer to climate change issues, and how to develop a sustainable circular approach to rethink the fragile areas within the urban scenario.

We’re three young architects, graduated in Architecture and Urban Design at Politecnico di Milano. We met at the university and we had the chance to work in team several times. Finally we decided to develop together our final thesis project “City sides: re-thinking Porto di Mare through design strategies of circular economy and resilience”. We’re currently based in Milan, interested in architecture, urban design, art and photography.
LOGIN TO LIKE
[pro_ad_display_adzone id='2269' ajax_load='1' info_text='Advertisement' info_text_position='' font_color='#' font_size='11']