Campus in the City

The main targets of the project are to improve the quality of the public spaces on campus, the connections with the urban structure and the interactions between university and neighbourhood. The strategy used to achieve these targets is to occupy the centre of the campus with a new public space, a new square in front of the Audimax. To enhance the new visual perspectives from outside the campus, I would like to insert new multifunctional buildings in the campus arranged to create new paths to have functional connections within the urban structure. The central building that I have developed with the architectural scale has different functions inside. 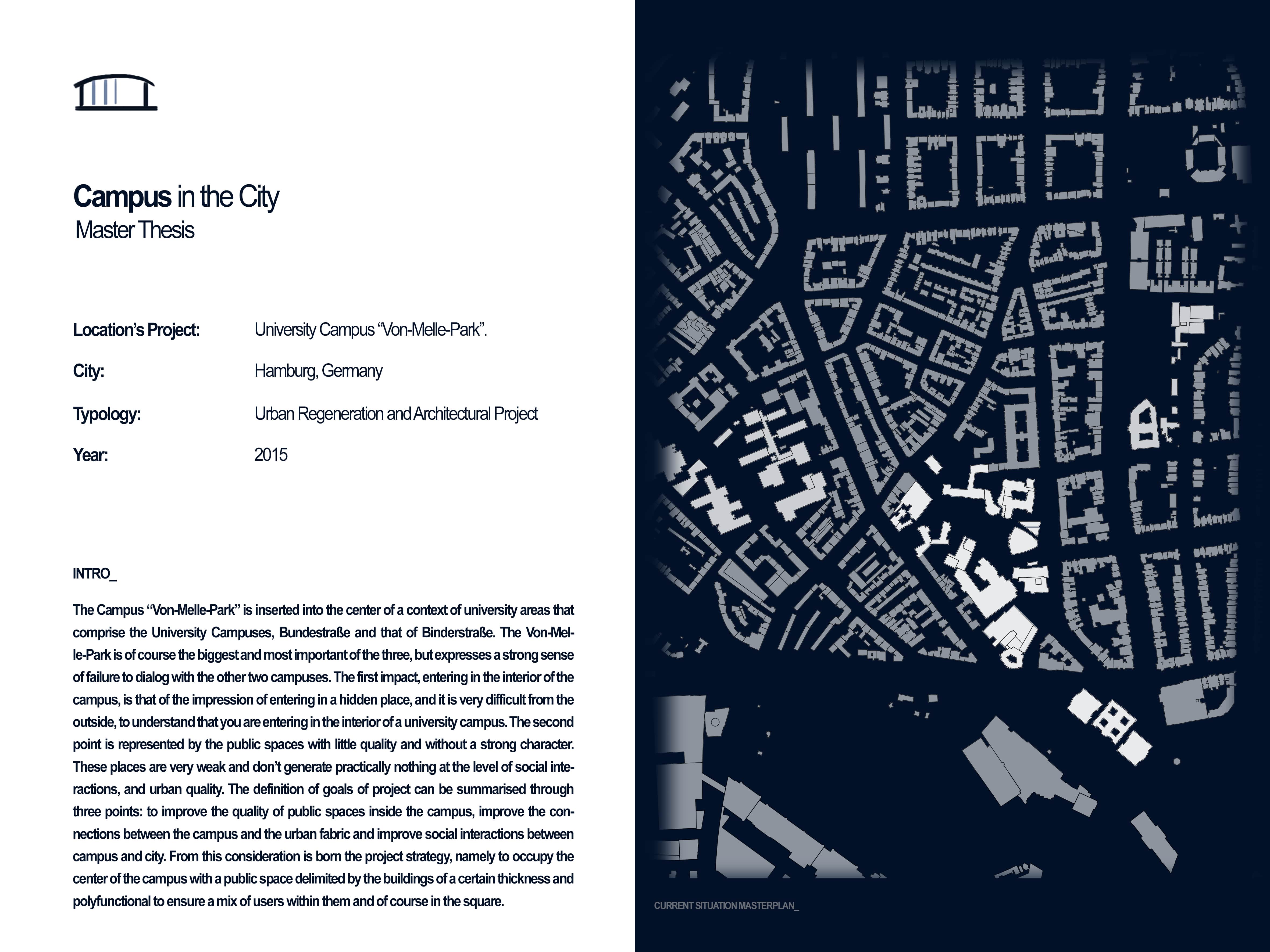 The preliminary step before the new proposal of project has the focus in three main themes: historic development, position and urban analysis of the Campus. Around the 1920s we can find in this area the first important buildings: the “Hauptgabäude” (main Building) of the university of Hamburg, the Synagogue (where we find today the “Joseph-Carlebach-Platz”) and naturally the Railway Station of Dammtor; a very important point of connection in the city. It’s between the 1960s and 1970s that the campus takes its final shape as we currently know it, with the realization of fundamental buildings like the Audimax and the Philosophenturm. The campus location has great potential within the city especially if it evaluates how it connects with large surrounding green areas. The most significant connecting axis are identified as the Alsterpark and the very nice Planten un Blomen. It’s also very interesting the connection between the Allende Platz and the green area of Moorweide that creates an interesting new pedestrian axis through the campus until it arrives to Dammtor Bahnhof. The urban analysis has served mainly to get to know the relationship of the campus with the city and to develop an idea of an efficient and sustainable project. 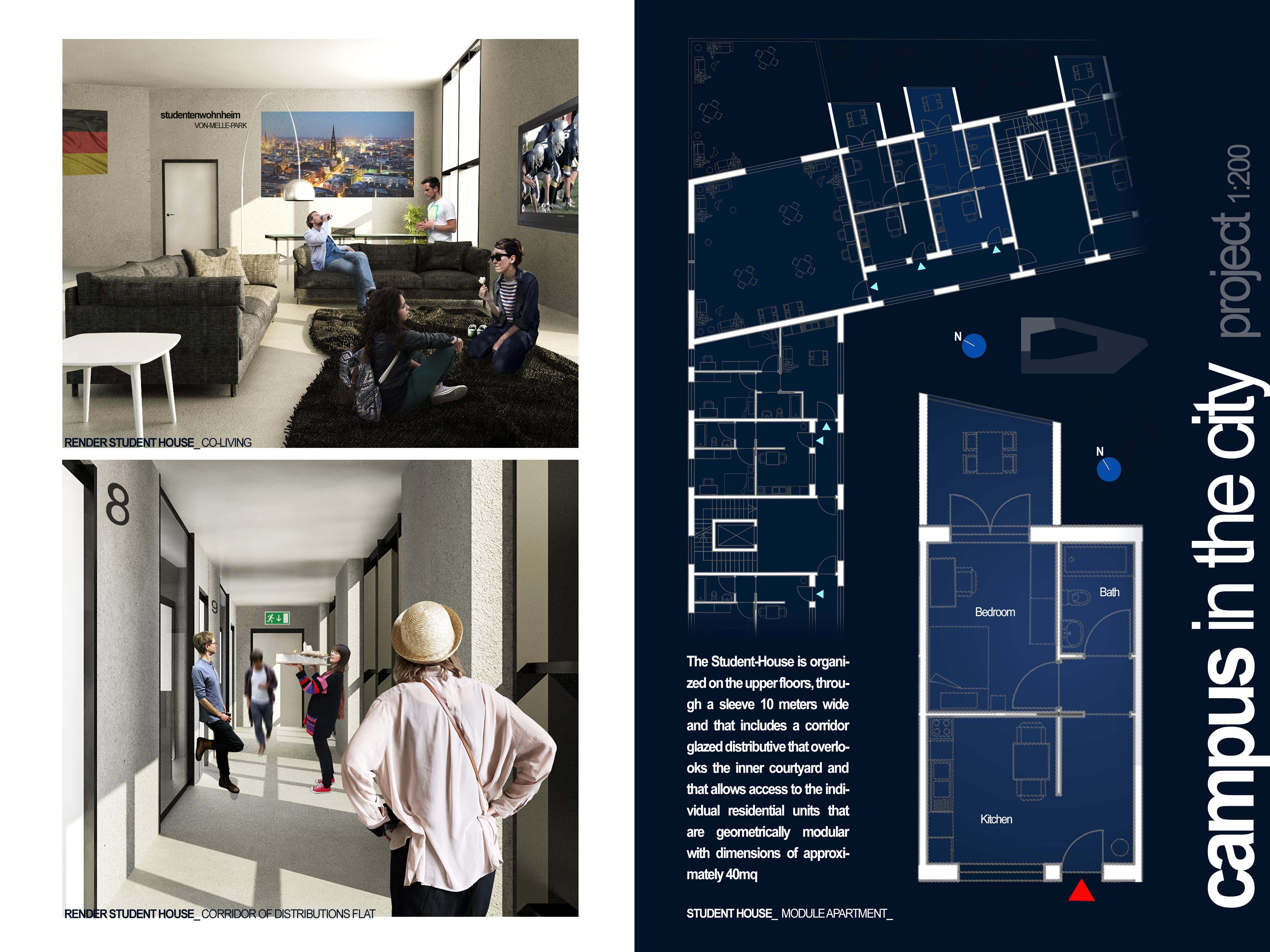 I have studied many elements in the urban contexts before discovering a strategy of projects such as the streets, the railways, green areas, quartiers, interesting sites, public transport, university buildings, accesses, parking areas, places with potential and connections, and public illumination of the quarter. After this first phase of knowledge of the context, I have defined two fundamental aspects of my proposal: the target and the strategy of the project. architectural scale has different functions inside. The most important is the new canteen aspect which includes a central space for students to have social interactions in the heart of the campus during the free time of lunch. Naturally is very interesting also the presence of the student housing in the same building, so students have the opportunity to be an integral part of the life in the university campus, especially thanks to the presence of common areas where they can socialize. The atrium is a very important element to bring these two places and ideas together. Furthermore, the presence of a museum in this building, integrates the cultural function of the campus. The museum would play a role in defining the multifunctional impact of this area in the city context. The transparency of the main façade, reflects the concept of the elimination of visual barriers inside and outside which improves social interactions and the achievement of targets in a challenging work environment. 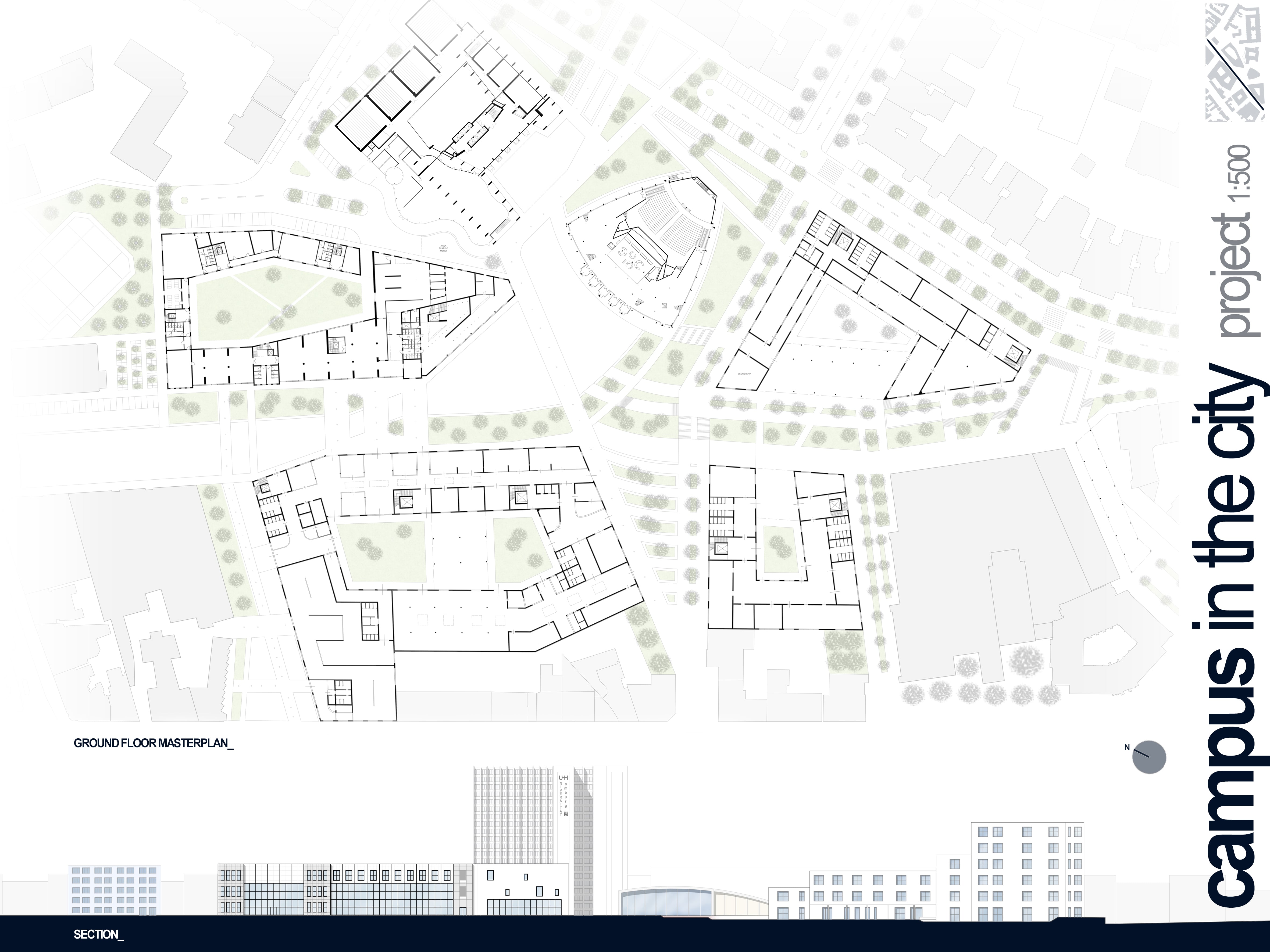 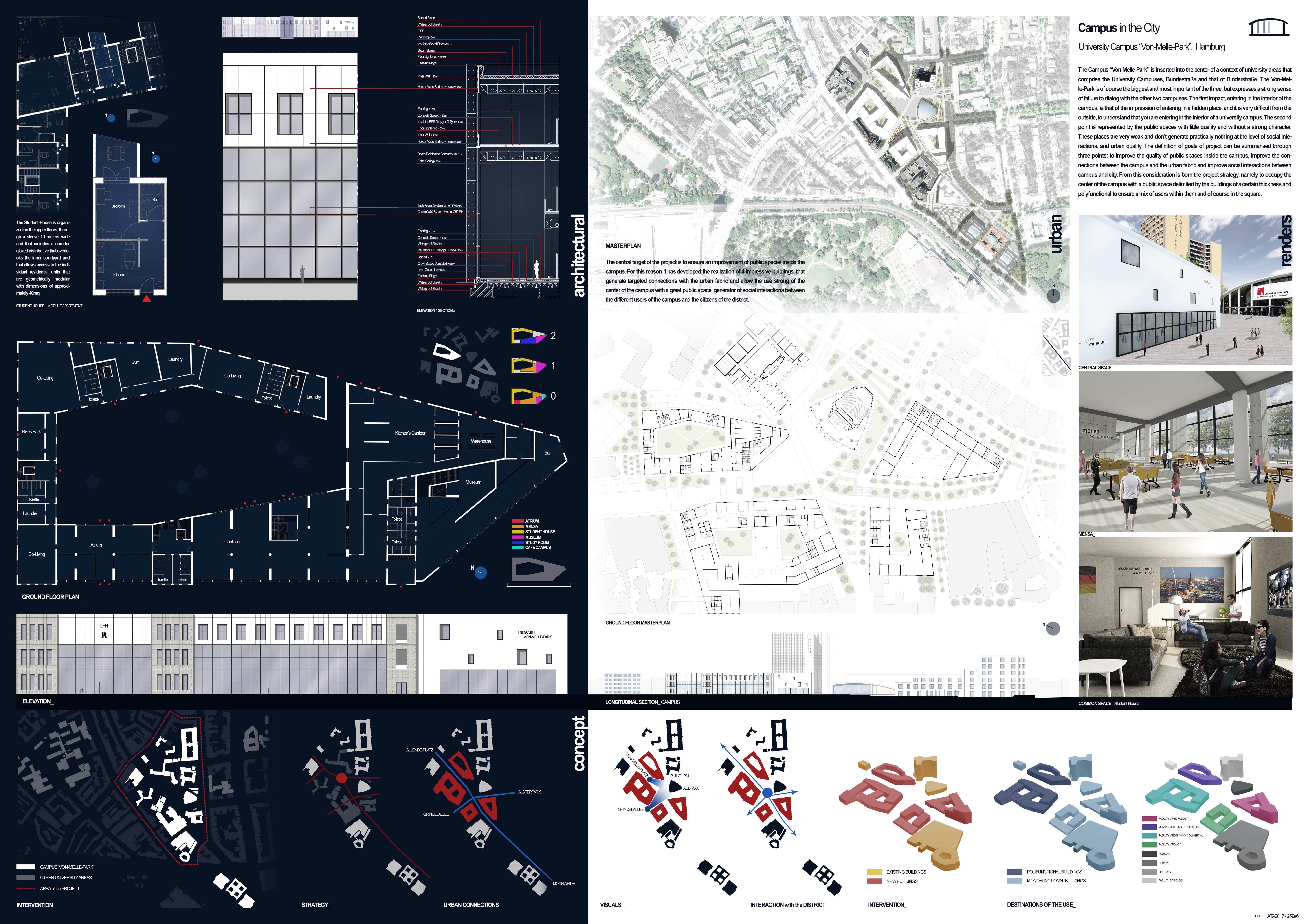