Between nature and artifice. New Landscape for Tenerife. 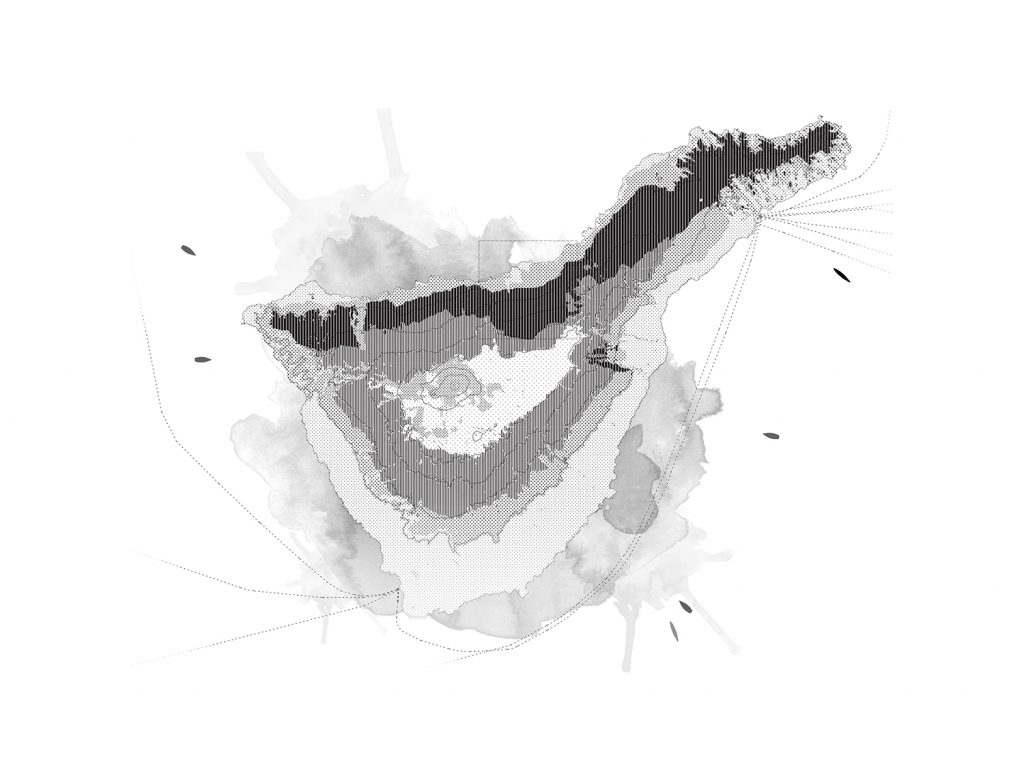 Man has always affected and modified the natural landscape at different scales and to different extents. Up to now, large-scale changes required long periods of time. During the past decades, however, fast and drastic landscape changes are reported from all over the world. It is driven by such socio-economic processes as agricultural intensification, industrialization, urbanization and etc. In contemporary world it is not enough anymore to establish protected ecological zones with limited excess, therefore preserving the nature locally, but still destroying it in a global scale. It is necessary to understand nature as a system with its own functional mechanisms, that should be respected and taken into account in artificial development. 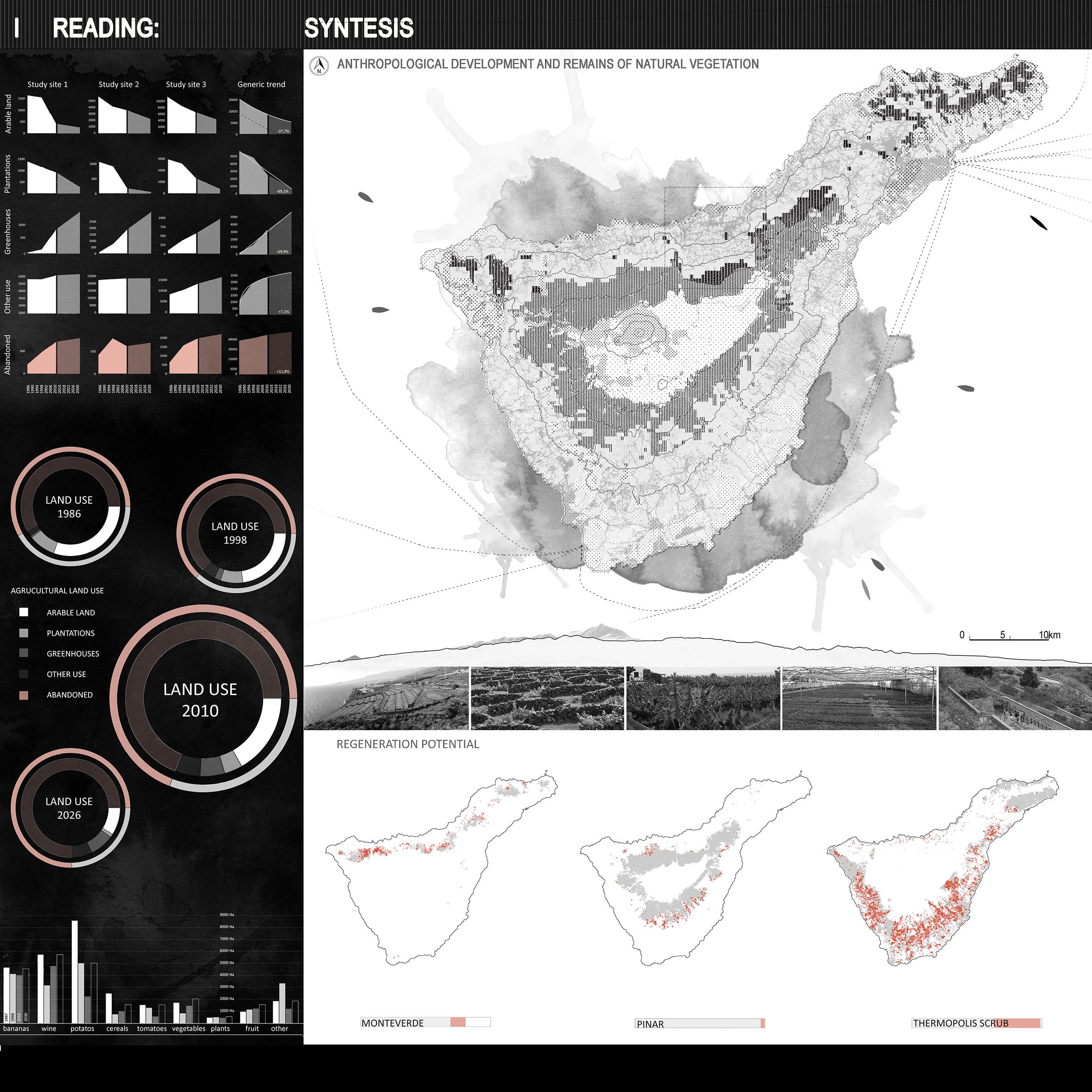 Tenerife has an incredible potential in development of this topic. Being a volcanic island, Tenerife provides wide range of geological and climate conditions, which allowed formation of several bioclimatic belts, each containing its own set of biological species. Unfortunately, only the higher altitude zones are currently under protection. Lower altitude zones, on the other hand, are heavily affected by anthropological development, mostly by agricultural land use. It led to a massive loss of natural vegetation in lower bioclimatic belts, putting some endemic species in the edge of extinction. At the same time, from the last quarter of the twentieth century general trend for the abandonment of agricultural fields appeared, leading to the partial regain of vegetation. If held properly, this trend can become an overall strategy for regeneration of Tenerife ecological landscape. One of few continuous natural connections within otherwise heavily fragmented landscape of Tenerife is the system of barrancos, or ravines, formed by erosion form surface runoff over a long period. Barrancos become raging rivers during the wet season, and due to this they were preserved from human intervention even within the densest urban environment. Having remained in a natural state, they may serve as an ecological corridors, main arteries along which the process of regeneration will take place, later spreading to the further parts of the island.

Main strategical goals of the project are: to bring nature to a lower altitude zones, therefore creating continues ecological corridor and connecting all of the bioclimatic belts; to integrate successfully natural infrastructure into existing urban fabric; to establish fixed relations between natural environment and artifice therefore assuring their future successful coexisting. The site chosen for the study is located near Puerto de la Cruz, in the northern (most agriculturally affected) part of the island. It is a segment of the barranco approximately two kilometers long that goes from the main transport artery of the city (highway) connecting it with the historical center and the sea. Along the barranco there is an existing system of abandoned fields and urban voids, inside which six nodes have been placed. Future development of the nodes is regulated by the grid 10x10 m established according to the scale of existing urban environment. The boundaries of the path are shaped by the existing traces, following, for example, the roads or the pattern of terraces. In-between this boundaries nature can freely evolve and regenerate, creating an ecological corridor, carefully integrated within anthropologically affected areas. In one of the biggest nodes, situated close to the city center and the sea, project offers to locate Nature and Agricultural Research Center, with the museum and a park open for the public. 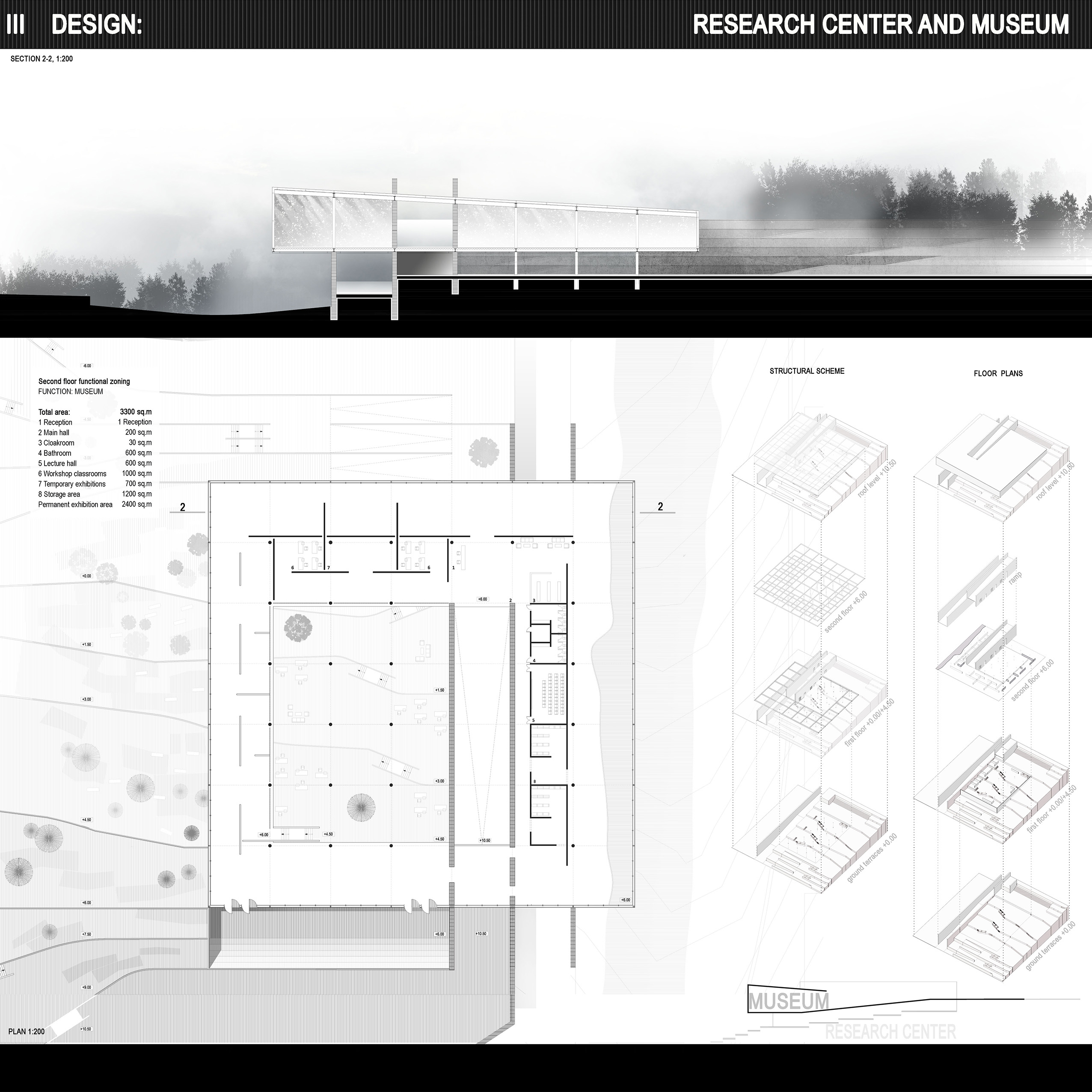 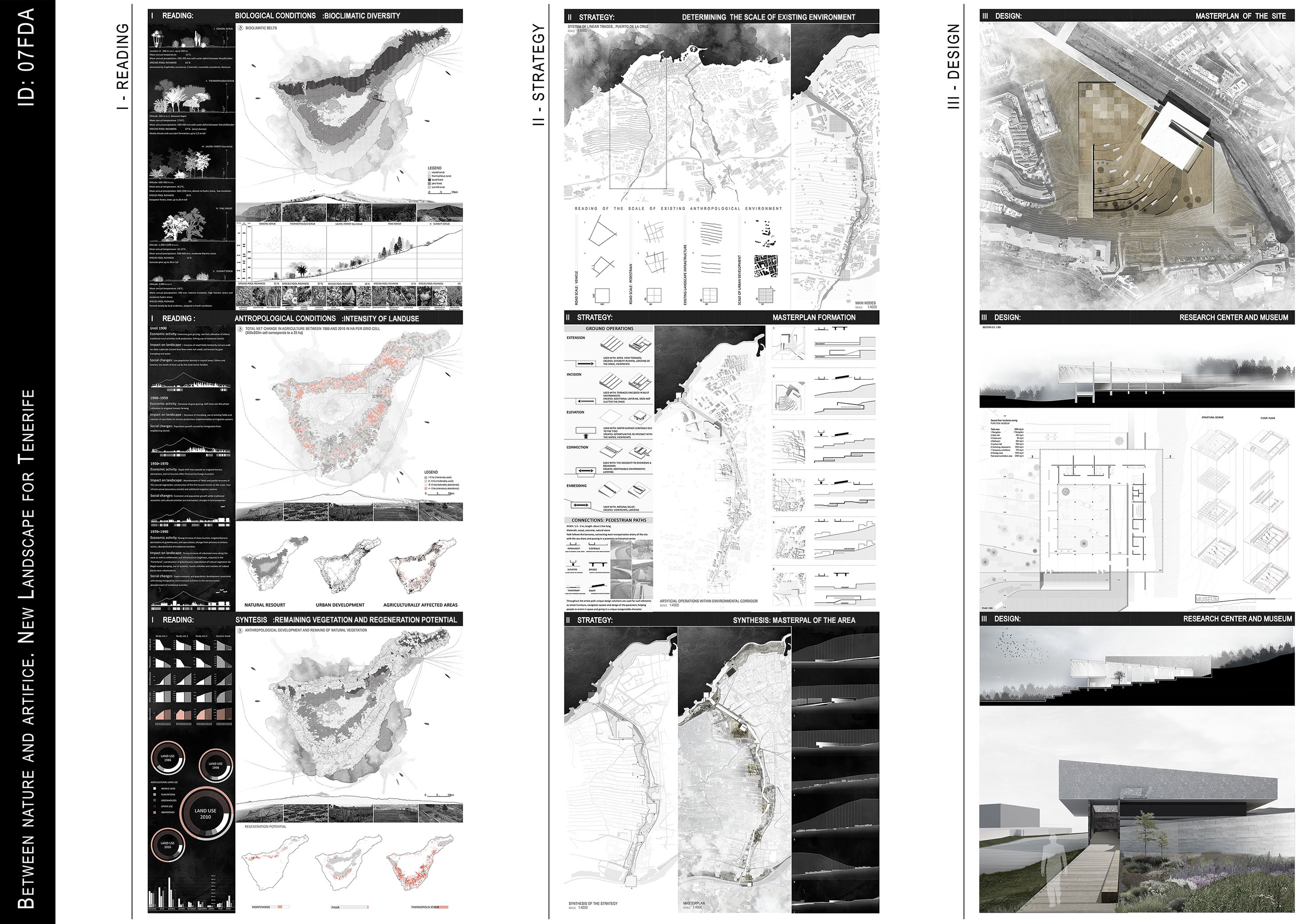 Hello! I have studied architecture first in Russia and then in Italy, for overall more then eight years. Now i am working in the field for almost three years. My biggest passion is research and social architecture.
FOLLOW
MESSAGE
LOGIN TO LIKE
[pro_ad_display_adzone id='2269' ajax_load='1' info_text='Advertisement' info_text_position='' font_color='#' font_size='11']