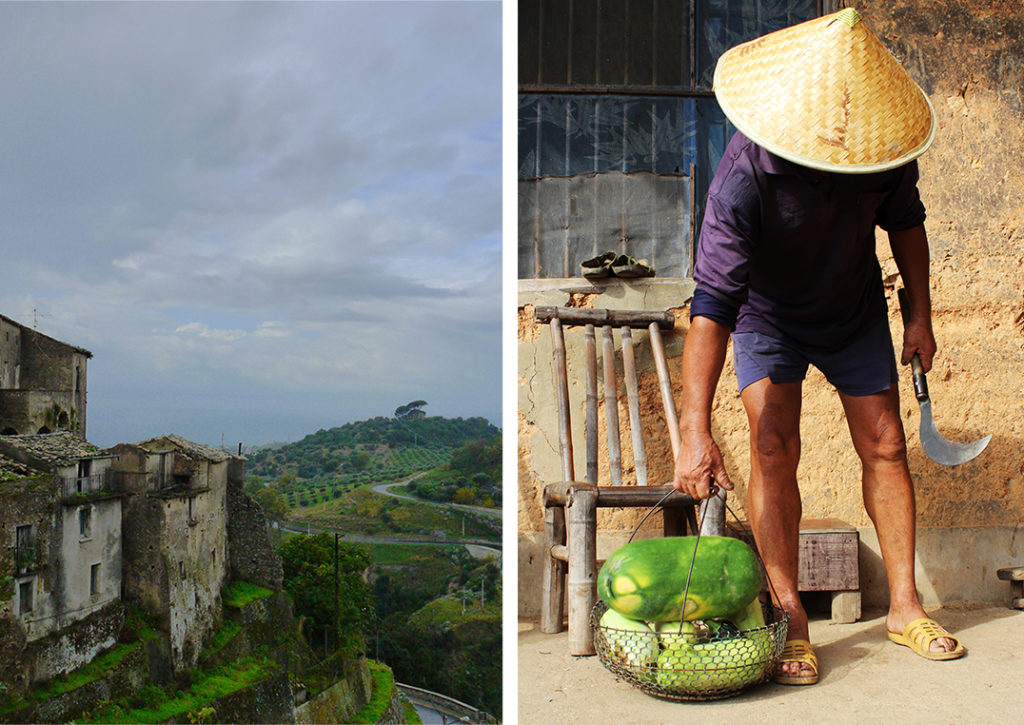 Rural shrinkage is a global phenomenon currently considered one of the more urgent issues modern society needs to address. The physical abandonment leads not only to several disadvantages related to natural disasters and marginalization, but mainly to the gradual loss of valuable heritage. Exactly from the analysis and valorization of this latent capital, the research here expressed proposes a possible development vision for under-populated rural realities.
The latent territorial capital (cultural, social, natural, and production systems) needs to lie at the base of the economic development strategy. 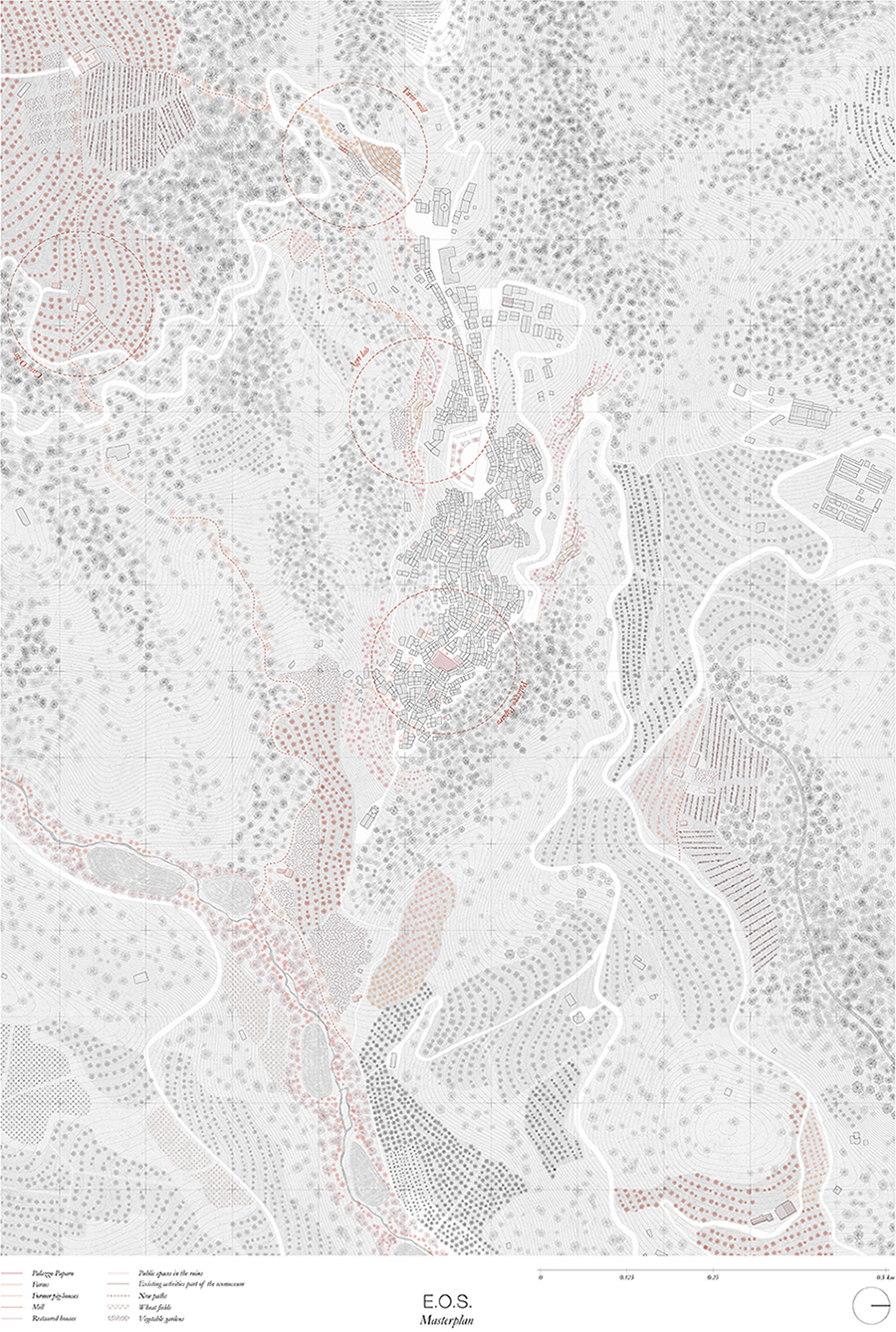 The comparison between two case studies of rural depopulation enriched both the analysis and the project development, and led to the understanding of two different types of abandonment, complete and incomplete migration. The two realities being compared are Badolato (Italy) and Biyungfeng (China): different territories and rural villages sharing similar criticalities, potentialities, and possible solutions. The proposed projects, E.O.S. and BIC 4.0, are based on the recognition of local heritage as a trigger for social, environmental, and economic development. The common strategy focuses on the promotion of the immaterial heritage by exploiting the abandoned material assets proposing new activities related to slow tourism, education and agricultural production 4.0. The touristic activity becomes, in both case studies, a new hinge economy linking and promoting the two traditional ones, forestry and agriculture. The two projects propose some common actions needed to structure the functional program: the application of technologies related to the agricultural production like data gathering, and real-time information; the constitution of a cooperation between the agricultural actors, promoting short agricultural supply chain and a common brand, to implement the impact on the market; the identification of a touristic proposal linked to the immaterial and material heritage; the promotion of tours in the territory, connecting touristic activities and attractive sites. 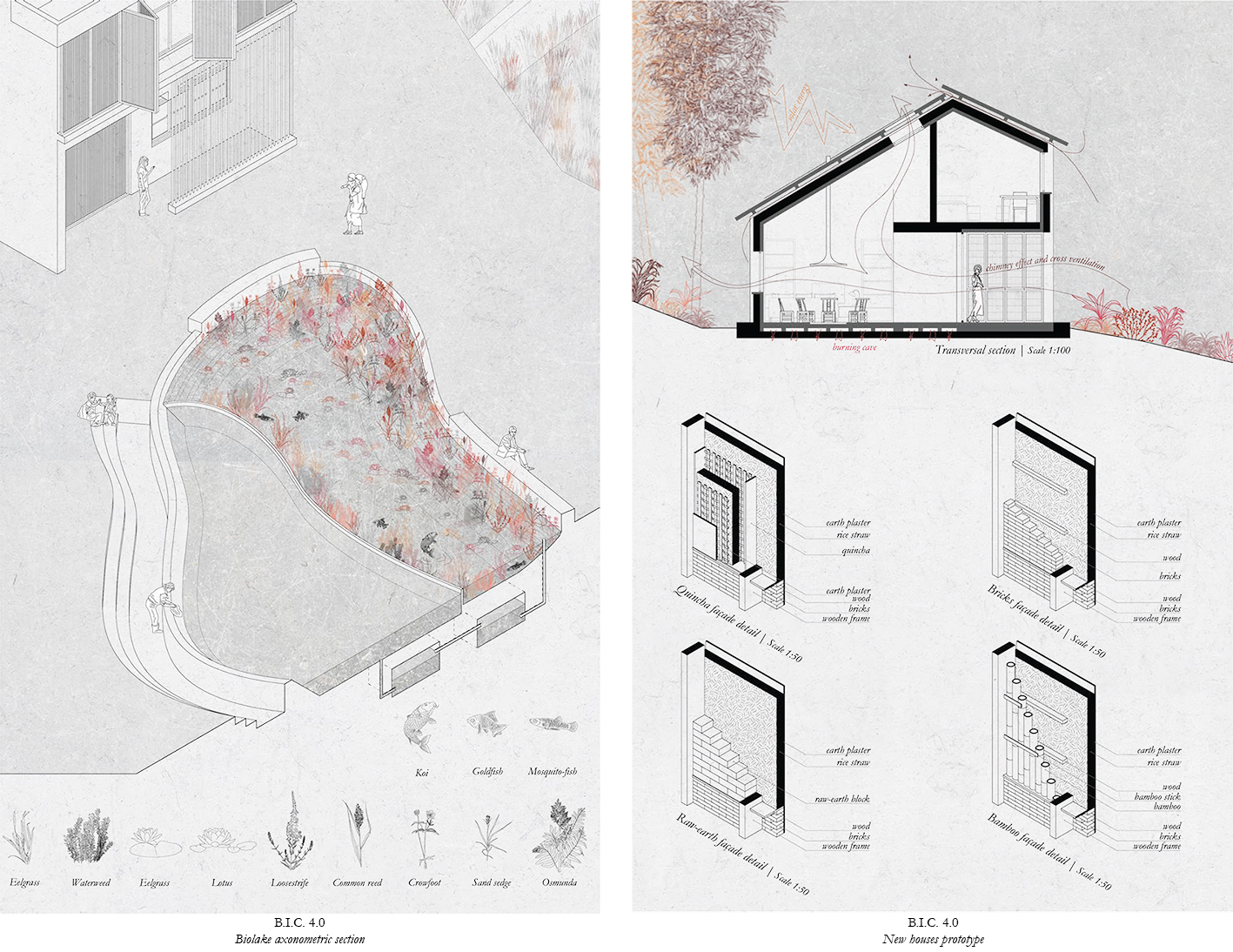 Some basic requirements are declined according to the specific needs and criticalities of the territory. While for Badolato, ensuring territorial safety against floods and landslides is a crucial aspect, for Biyungfeng it is fundamental to implement the basic infrastructure, according to a circular model. In Badolato, the project promotes the regeneration of the built legacy due to the high number of abandoned buildings, and its implementation according to the new functional program. The restoration projects are also an occasion for anti-seismic interventions and renewable energy applications. In the Chinese case, the project uses local materials and aims to rediscover traditional techniques. Essential in both projects is the establishment and design of a hub: a meeting point between the community and new populations, a center promoting agricultural and touristic activities, a place of production monitoring and collection, container of traditions and knowledge. In Badolato, we found the perfect resource able to ensure all these functions. Paparo palace is, in fact, adequate in size, placed at the village heart but with the possibility of vehicular access, and of course it has a historical architectural value. In the Chinese village, such a resource was not present. Consequently, the Agri-hub has been designed at the entrance of the village, in respect to the context as it concerns materials and volume, enhancing traditions but adapting them to modern needs. 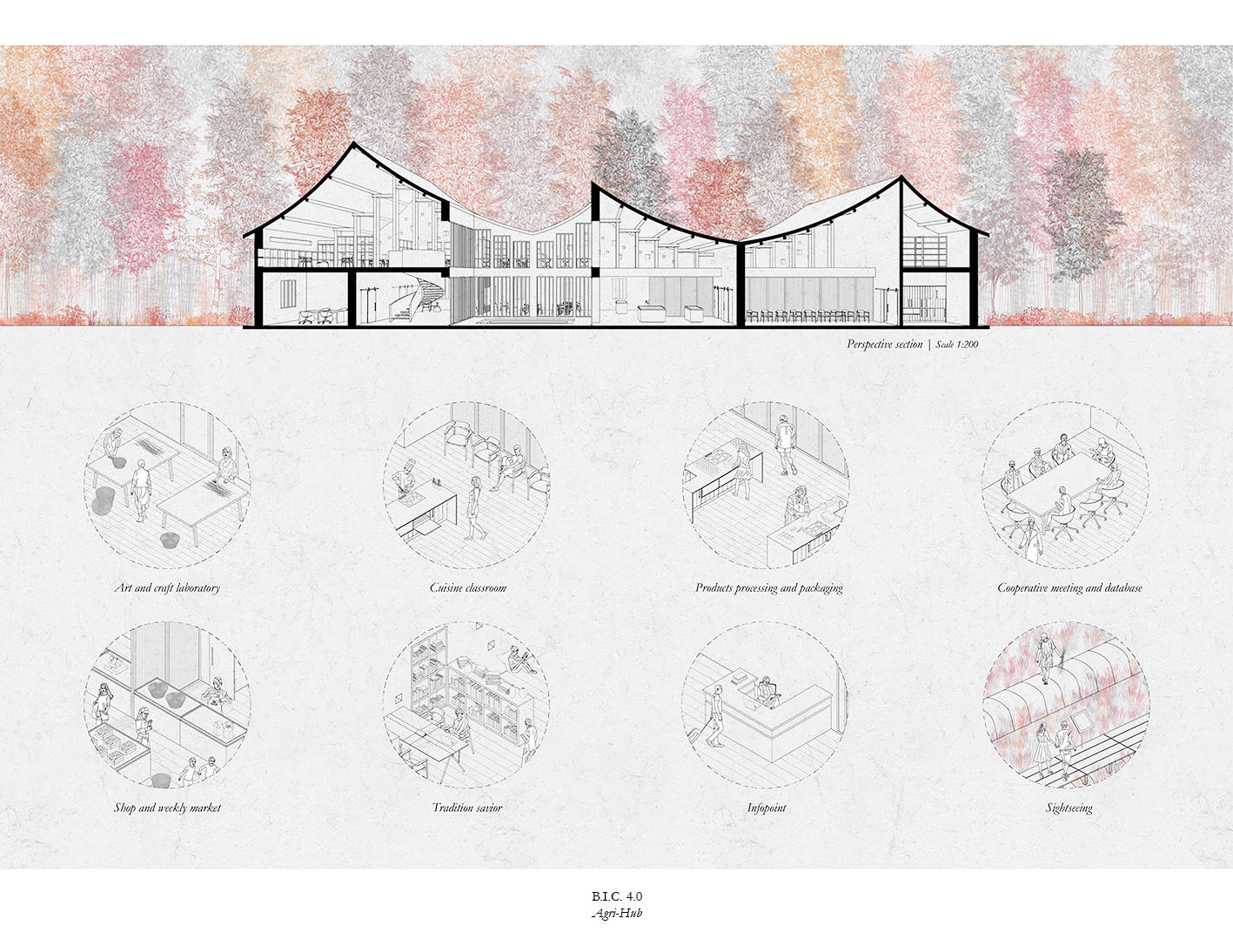 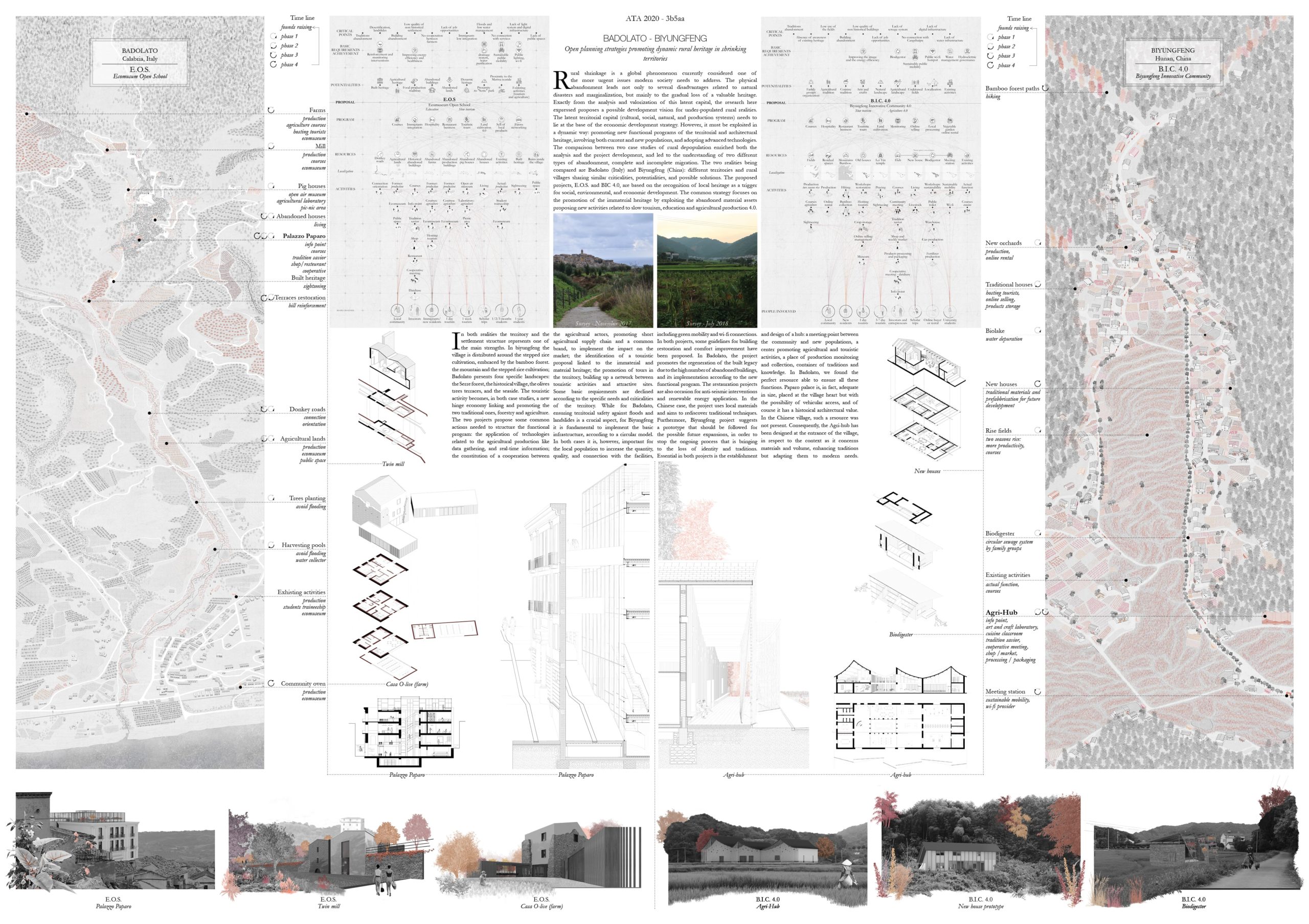