This thesis consists of two parts. One is narrative – a proposed “future history,” constructed from research into how to credibly align the decisions needed to propose an architecture on Mars (mission logistics and timeline, realistic site selection, the promise of underground settlement). The other is the architecture, which responds to issues of subterranean disconnection by proposing a “solar monument” system, which allows the sun’s light to be read below ground as temporal information, and provides distinctly formed way-points within a linear settlement. The system would catalyze Martian culture (vernacular material, timekeeping, urban form), ultimately combating the potential “colonial” shortcomings of exporting Earth vernacular.

[Main Thesis Logic]: The benefits that these underground spaces have — protection, expandability, efficiency — come with drawbacks. However, by organizing these negative traits, opportunities and commonalities are found between them. In particular, the issues with underground spaces fall mostly into categories of Culture, Biology, Use, and Risk. Of these four, the first three each have attributes that can be addressed through the lens of either spatial or temporal orientation, or wayfinding. For example, a lack of connection to the surface is spatially isolating, but also isolates one from sunlight and the passive monitoring of time. This type of isolation causes a dissociation from Mars as a place, stunting the development of Mars-specific culture. The necessity of a consolidated intervention that illuminates underground spaces while showing settlers where and when they are thus becomes extremely important. Ultimately, the decision to use the specific celestial and solar positions on Mars, which are not entirely alien but differ from Earth at each timescale, offered a way to engage the connection between light and the scientific and civil notions of timekeeping, and thus between timekeeping and cultural impetus. The solar monuments, built from Martian materials in-situ, comprise a flexible Martian infrastructural system -- both ethereal and physical, cultural and pragmatic, local and global -- to keep fledgling Martians closely connected to where and how they now live. 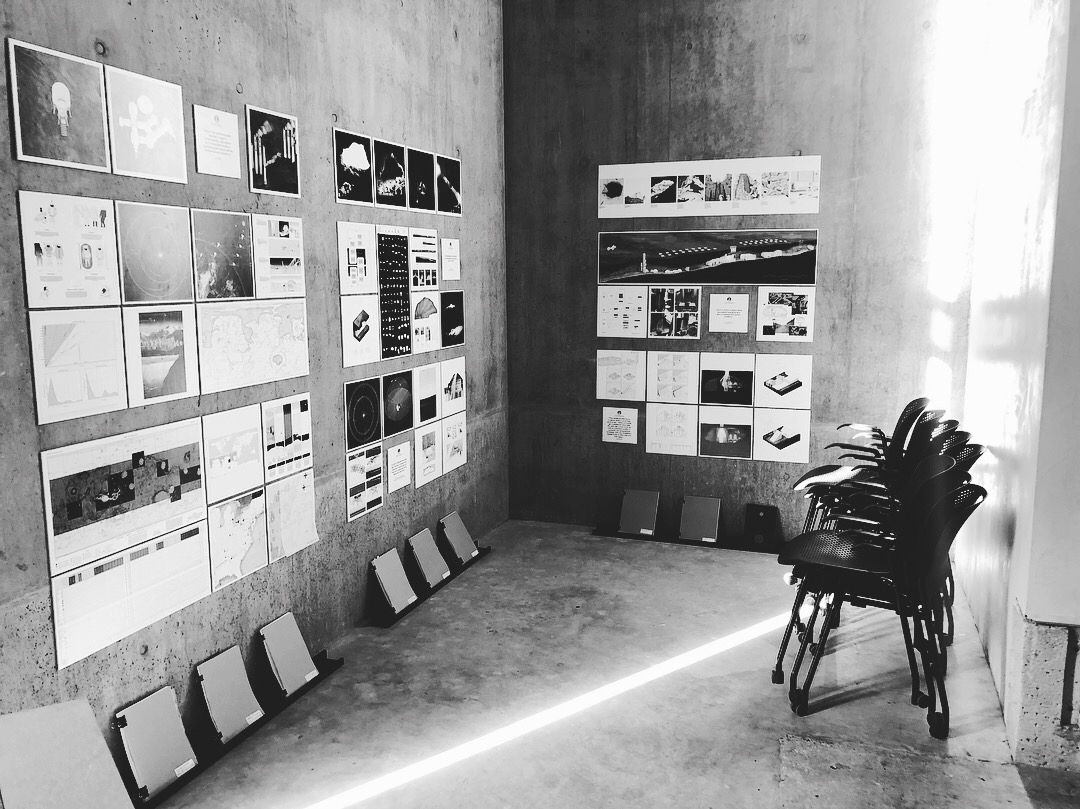 [Thesis Exhibition]: This image shows the board layout at the Thesis Exhibition where the work was originally shown. The first vertical grouping consists of drawings which situate the conceit of the project, establish the logistics to make it a reality, and show the site selection process. The second grouping shows visualizations of manned expeditions from the "future history," the research and process used for forecasting the lava tube sections, and an analysis of how solar and civil time work on Mars relative to Earth. The final grouping establishes the process for form-finding and construction of the solar monuments, as well as the construction process for making the caves habitable. The room in which the boards were placed also had a window that could be used to measure the sun's position, which is shown in the photo and was active during the presentation. The entrant hopes the inclusion of this photograph will give context to the discrete nature of the drawings included in the board by showing the original organization and presentation of the project. 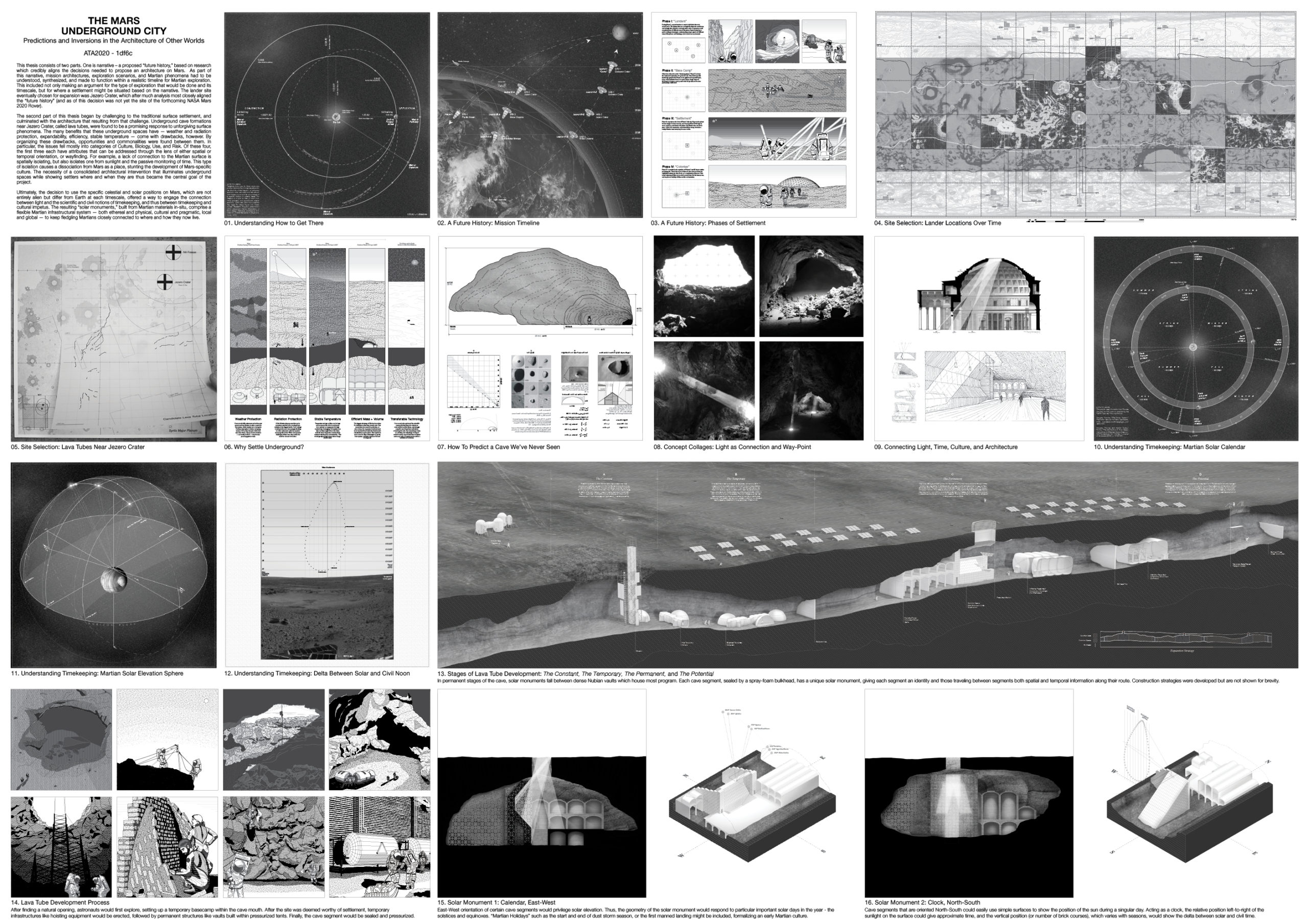