The coverage of the Verona Arena 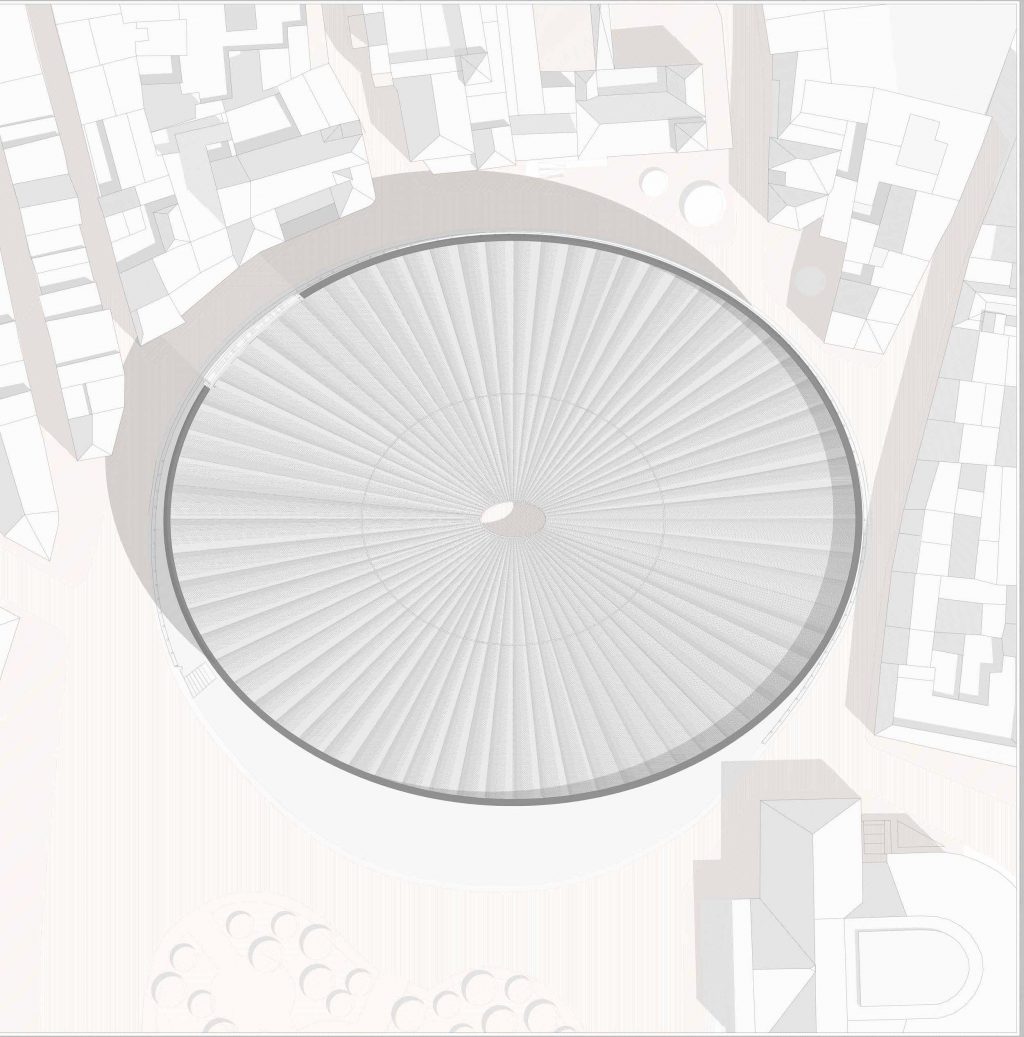 Our thesis was born from a competition for the Verona Arena coverage. We tried to meet the requirements of the brief: cover the arena to ensure its preservation but especially its use for the winter season. More we went forward in the study of architecture and the more we realized that the problems and needs for the monument were laid out very different. And that’s when we decided to study a different project idea, based on different requirements.

We propose a solution that resembles the ancient cover of Roman amphitheatres:the velarium.The structure will be aligned with a series of pillars, with steel structure, coated, which will perimeter the original third ring following the scanning of today's arches:a modern language that resembles the oldest trace, less invasive than today's arena imagery. It was then studied what was supposed to be the original Roman veil technology and reproduced, using contemporary technologies, the same operation.The modern velarium will present two concentric rings, made of steel wire ropes, which will be further supported by other stretched cables that originate right in the pillars, on these modern "ropes" will be laid sails, and, thanks to the technology studied, retractile, in order to guarantee from today's perception of the monument, in particular during the shows.The sails will be placed in a perimeter ring with steel structure, which overhanging the pillars will also have structural function for the same.The new facade wants to be, thanks to its shape, a diaphragm between the arena and the square in front, Piazza Bra, creating a direct relationship thanks the presence of the promenade created between the intervention and the arena.This solution wants to restore the dignity that the monument has lost, thanks to a new monumentality, which nevertheless allows the continuous reading of image that we have today, but reinforced by the idea of ​​what it could be.

We are two student who have recently complete their master degree in architecture at Politecnico di Milano. Our field of intresting are art, museum, architecture for archeology. We think at architecture as a link beetween history, nature and human beings, and we want to explore this link in order to find a way to reach out the better "equilibrium".
LOGIN TO LIKE
[pro_ad_display_adzone id='2269' ajax_load='1' info_text='Advertisement' info_text_position='' font_color='#' font_size='11']