The Architectural Innovation Through Faithful Angles

Religion and architecture are social cultural system from the past. For example, Ancient Egyptians built Shrines and Pyramid for their cultural needs and Beliefs because Ancient Egyptians’ after-life beliefs were centered around variety of complex virtual. Religious Architecture is built for the virtual from Religious belief. So it always related to “Symbolic” to reflect the idea of faith through legend and recorded in many scripture from many religions 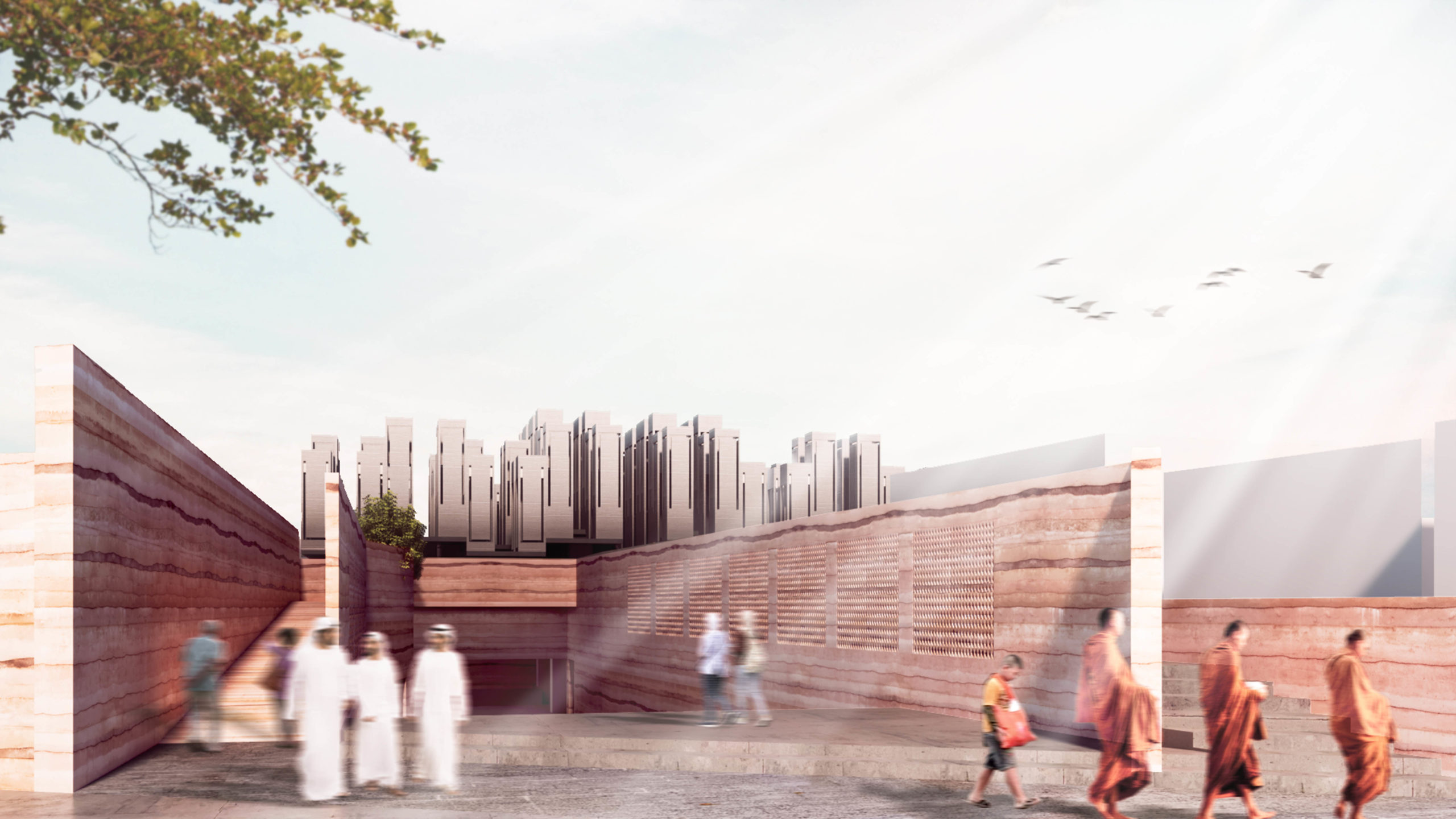 Religions Architecture around the world is stand for faith, beliefs and symbolic which is an inspiration for their architectural concept. For example, St. Peter Basilica was designed to reflect the idea of “Latin Cross”. In some case, Religious Architecture is adapted to the context. Wat Mahathai Stupa for instance, the building appearance is a combination of Thai architecture elements which makes it look like a Thai Buddhist temple, but it is not. Sometime a symbol of something is not stand for its meaning nor related to their cultural beliefs. This ambiguous meaning can create a new meaning or re-interpret an architecture concept. So time and period are the factor of architecture appearance which reinterpret in different ways but remain the original meaning and functionality. All of this bring to these Thesis questions. 1) What is the core idea of Religious Architecture that affect user? 2) Can we create a central space for multi-religions without any conflicts? 3) Can the created space connect multi-religions and bring them together as a community? 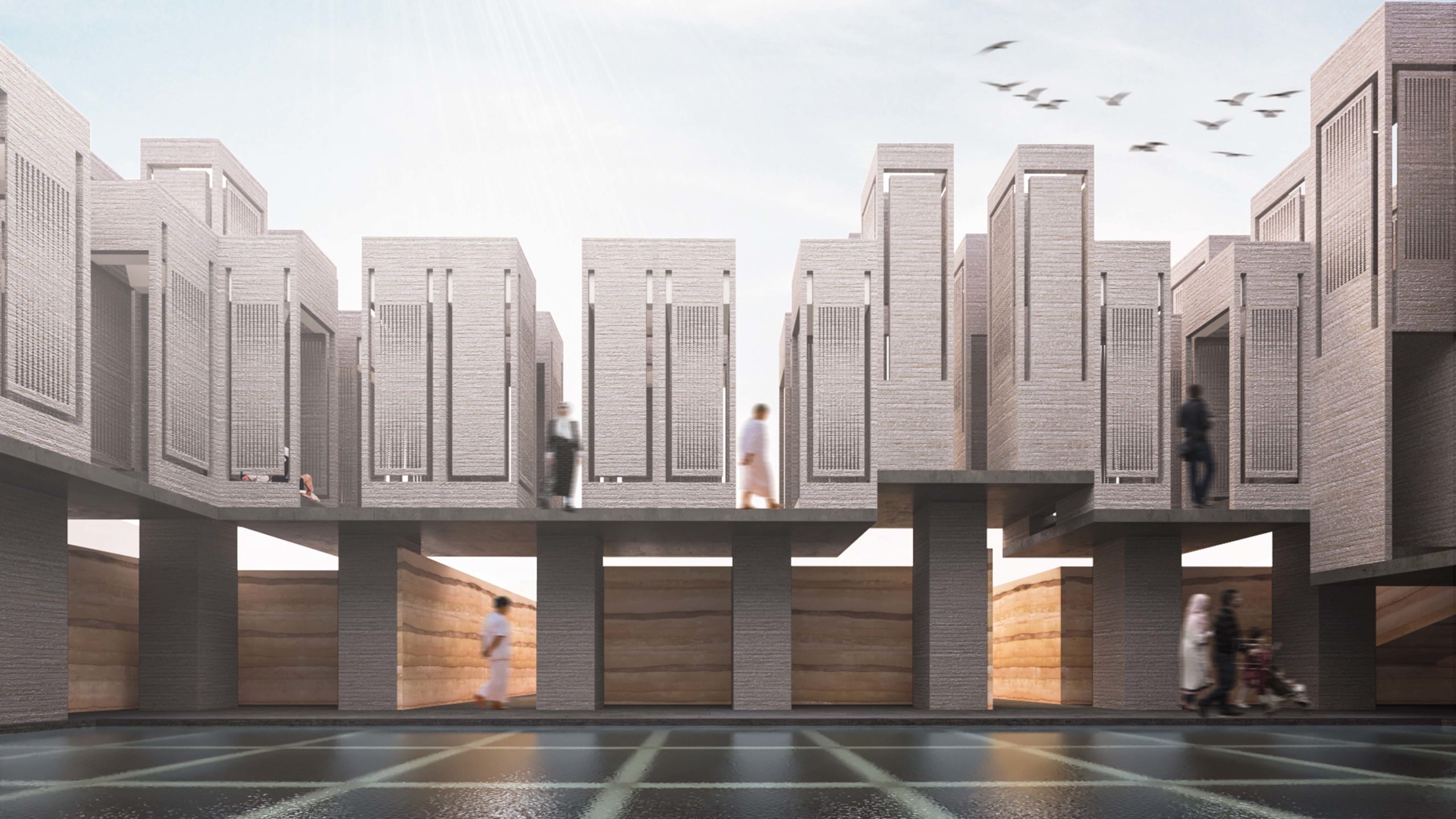 From the research and experience, religious activity was explored that praying and worshiping of each religion inspired on idea for creating the project program and design concept. They just need a peaceful, clean, and private space during the activities. This idea inspires the concept of multi-religion-activity space without religious limitation but peaceful space for praying and worshiping for any religion. 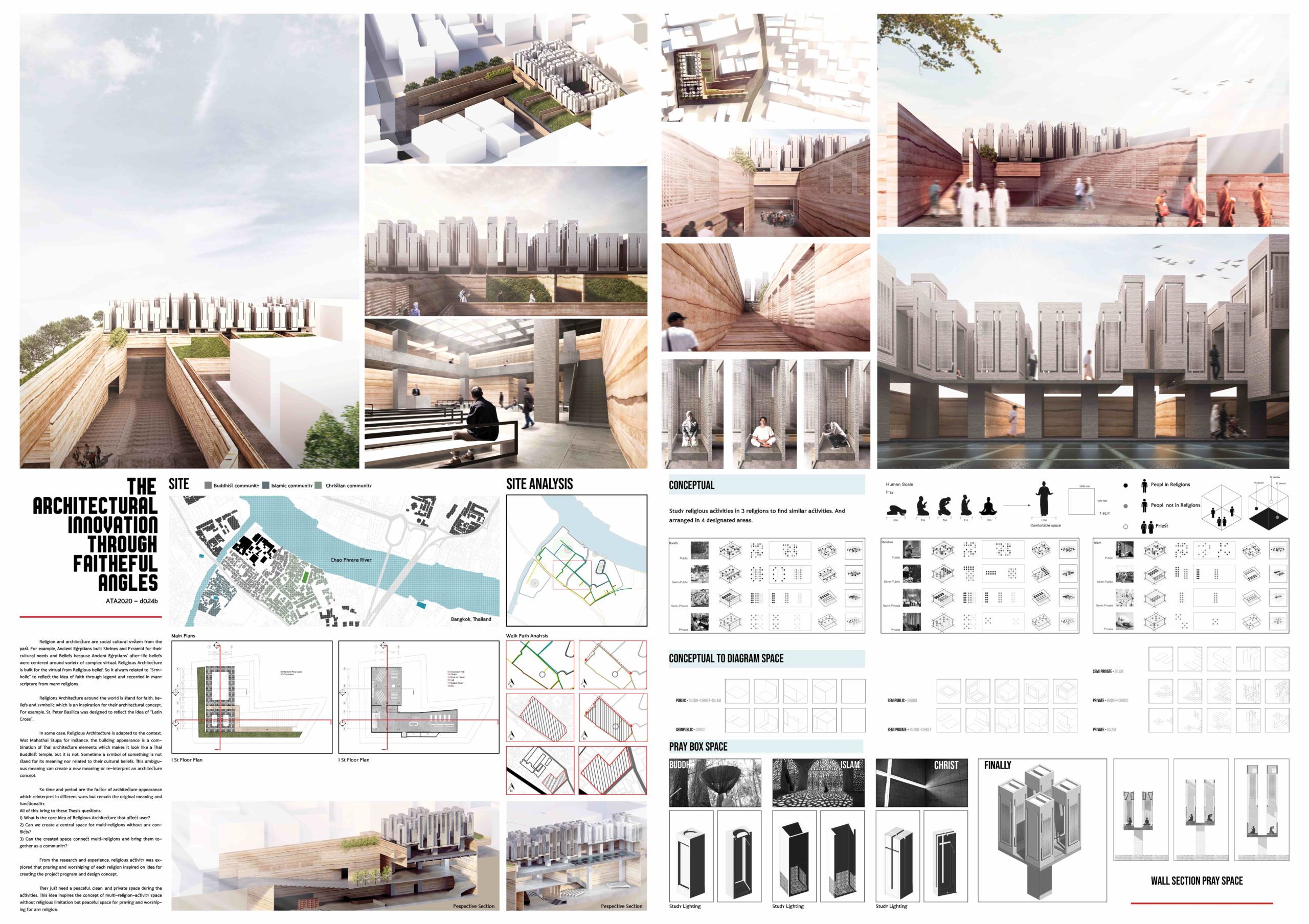