SÃO PAULO : IDENTITY AND TRANSFORMATION – Proposal of microtransformations for the functional and cultural revitalization of the central area of the city 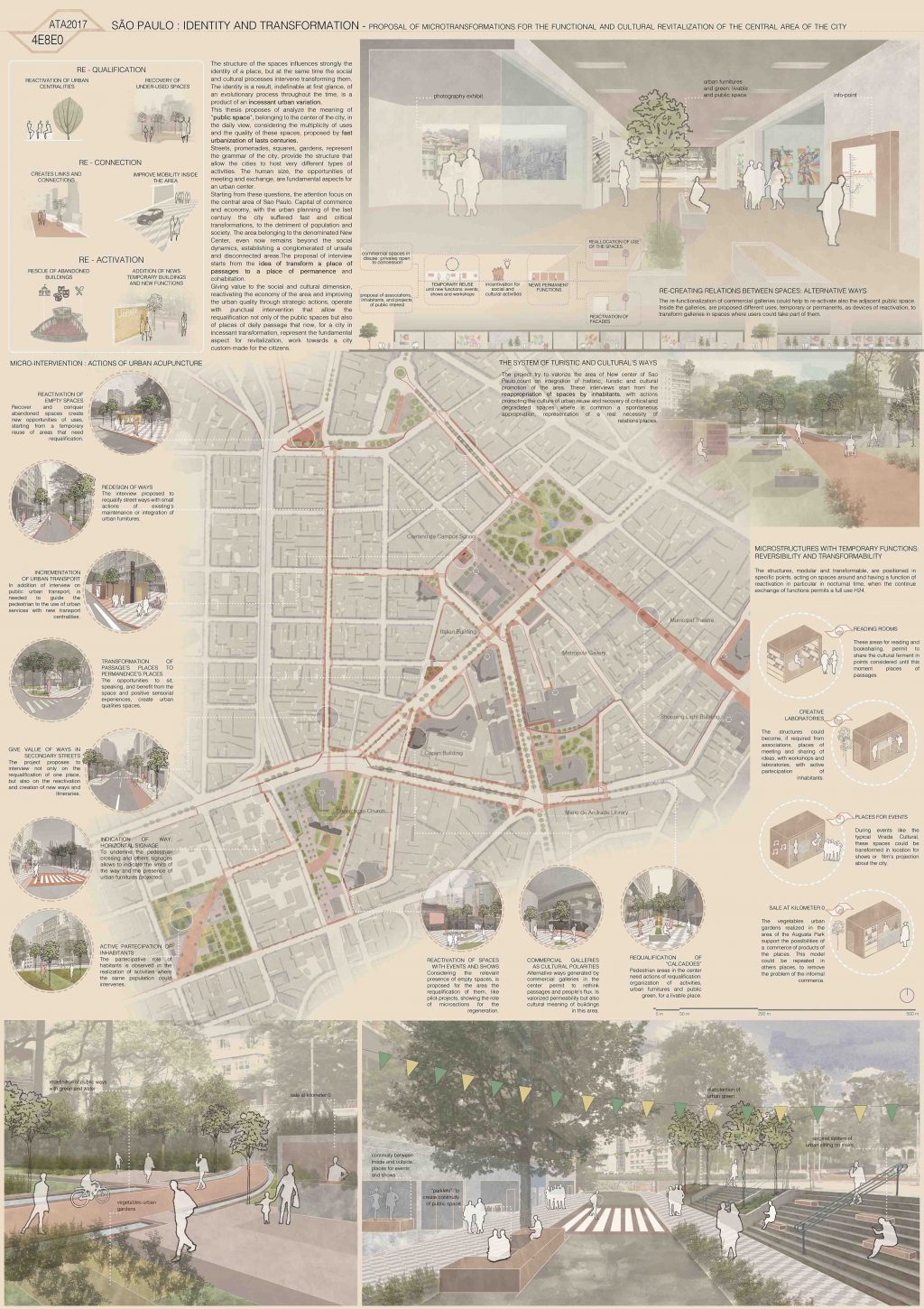 The structure of the spaces influences strongly the identity of a place, but at the same time the social and cultural processes intervene transforming them. The identity is a result, indefinable at first glance, of an evolutionary process throughout the time, is a product of an incessant urban variation.
This thesis proposes of analyze the meaning of “public space”, belonging to the center of the city, in the daily view, considering the multiplicity of uses and the quality of these spaces, proposed by the fast urbanization of the lasts centuries.
Streets, promenades, squares, gardens, represent the grammar of the city, provide the structure that allow the cities to host very different types of activities.

Capital of commerce and economy, with the urban planning of the last century the city of Sao Paulo suffered fast and critical transformations, to the detriment of population and society. The area belonging to the denominated New Center, even now remains beyond the social dynamics, establishing a conglomerated of unsafe and disconnected areas. The proposal of interview starts from the idea of transform a place of passages to a place of permanence and cohabitation. Giving value to the social and cultural dimension, reactivating the economy of the area and improving the urban quality through strategic actions, operate with punctual intervention that allow the requalification not only of the public spaces but also of places of daily passage that now, for a city in incessant transformation, represent the fundamental aspect for revitalization, work towards a city custom-made for the citizens. 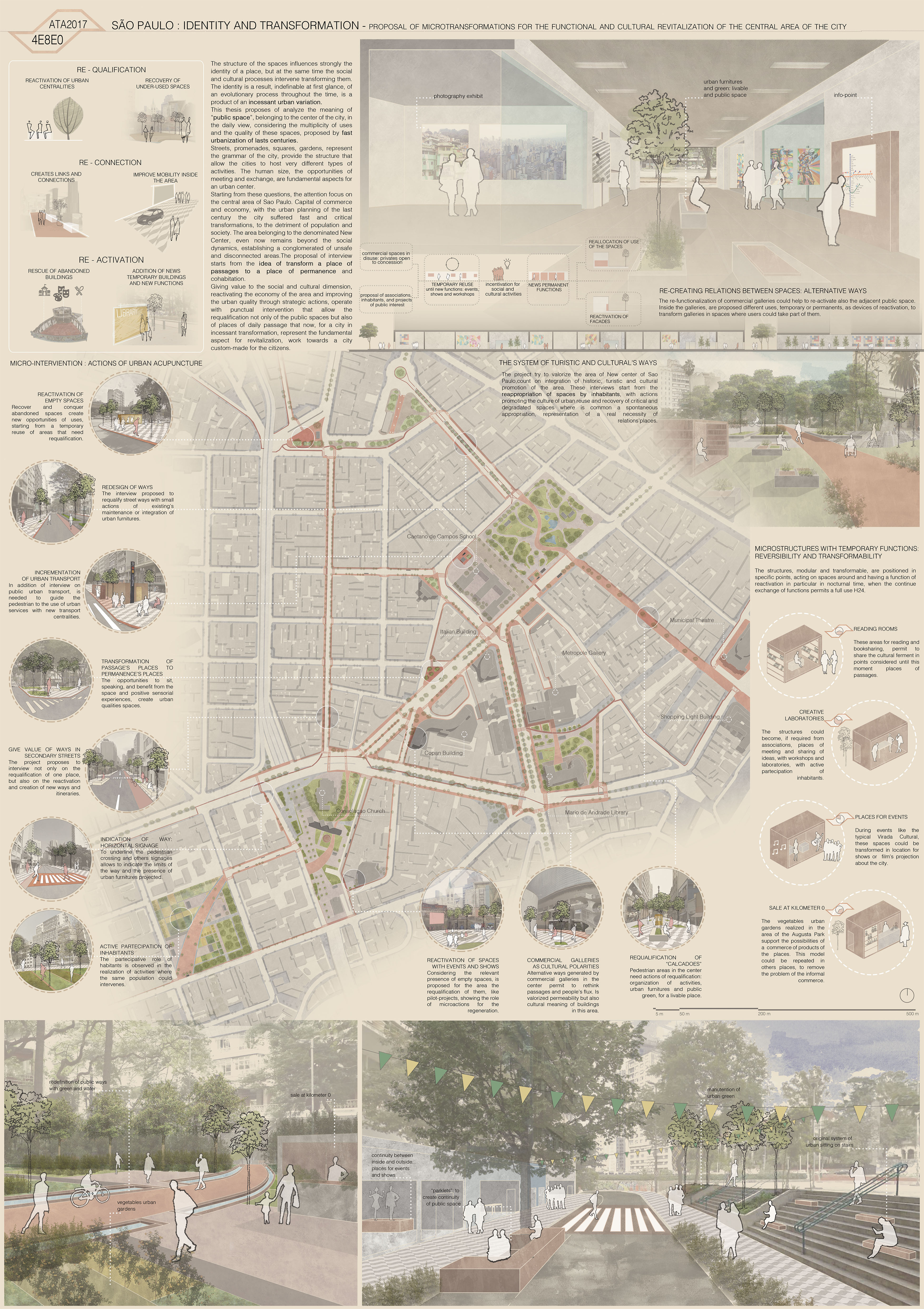