With an enduring mantra of “unsentimental pragmatism”, despite a restructuring of Singapore’s government priorities in the 1980s, they unfortunately remain more architectural than social.

Recognising that society is made up of a diversity of people with distinct idiosyncrasies, building carcasses can only say so much. The thesis serves as a counterpoint to traditional processes of conservation, where buildings are intentionally retained in their authentic forms. It calls for a rethinking of the value system that drives the notion of authenticity as one more social than architectural, and strives to achieve that by introducing a new archival framework and space through the alternative lens of the invisible histories, micronarratives. 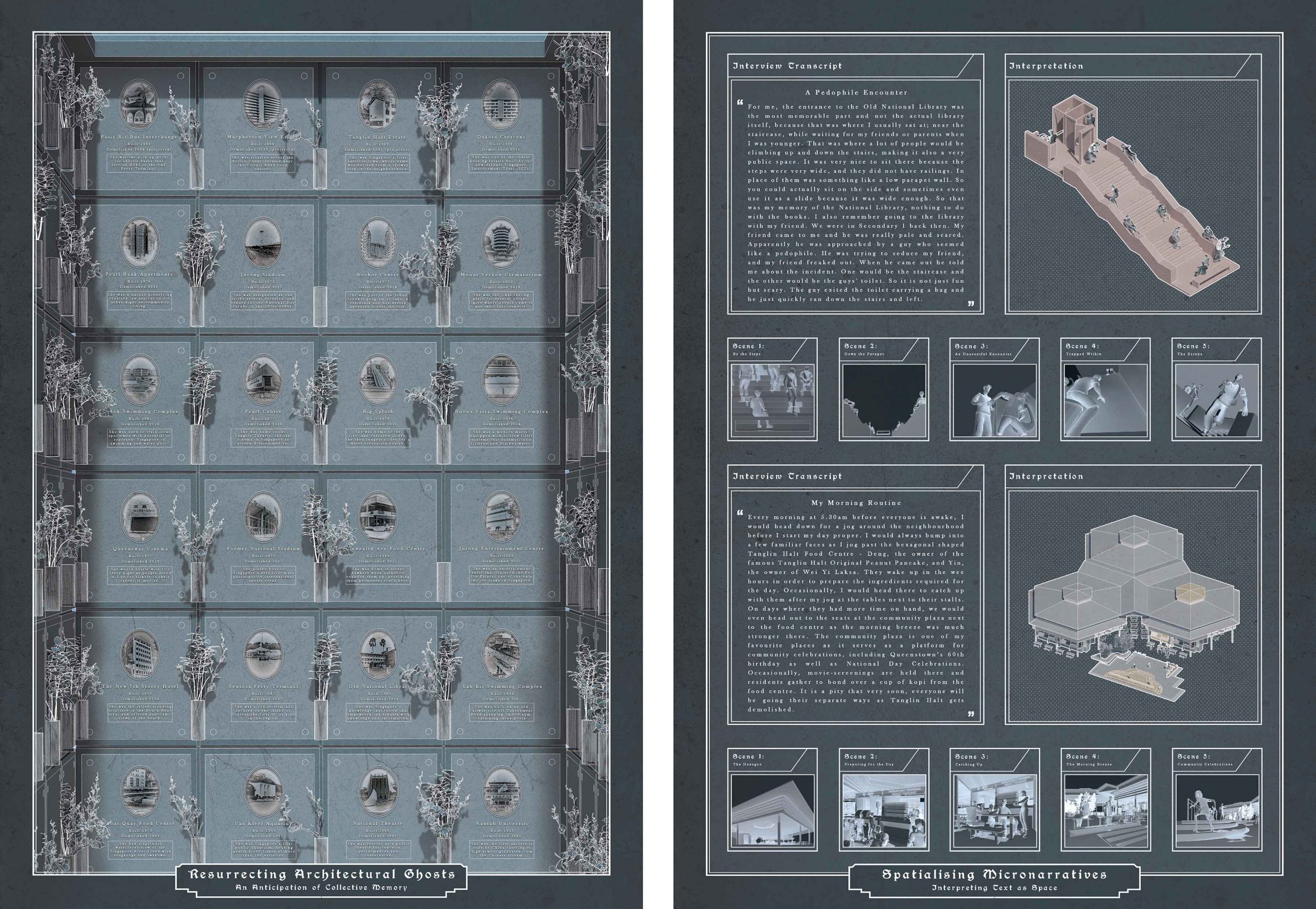 Architectural ghosts are buildings that have either been demolished or are soon to be demolished by a certain date, “ghosts” and “soon-to-be-ghosts” respectively. The thesis explores an interpretive process of translating text - micronarratives that concern architectural ghosts, as space - architectural tableaus. It classifies fragments of individual memories, manifested as tableaus, into a bottom-up collective through a spatialised classification system, governed by key facets: “energy”, “space” and “time”. Playing this archival framework out in real life, micronarratives are shortlisted through a lottery system. It functions on the element of chance and the law of large numbers, to manage the size and scale while not privileging one micronarrative over another. Once the annual selection process is concluded, fragments are shipped over and resurrected at Pulau Semakau, an artificial island, where the generated waste turned into ashes becomes a landfill that allows the island to grow. There exists a synergy between the project aspiration and Pulau Semakau - demolished buildings are recreated through micronarratives, reclaiming both the memories and the context where the memories took place. The architectural fragments that are either reclaimed through a reconstruction or reclaimed as actual fragments, co-exist on a standalone reclaimed island - an archive of architectural ghosts, constructed as a counterpoint to Pulau Semakau. 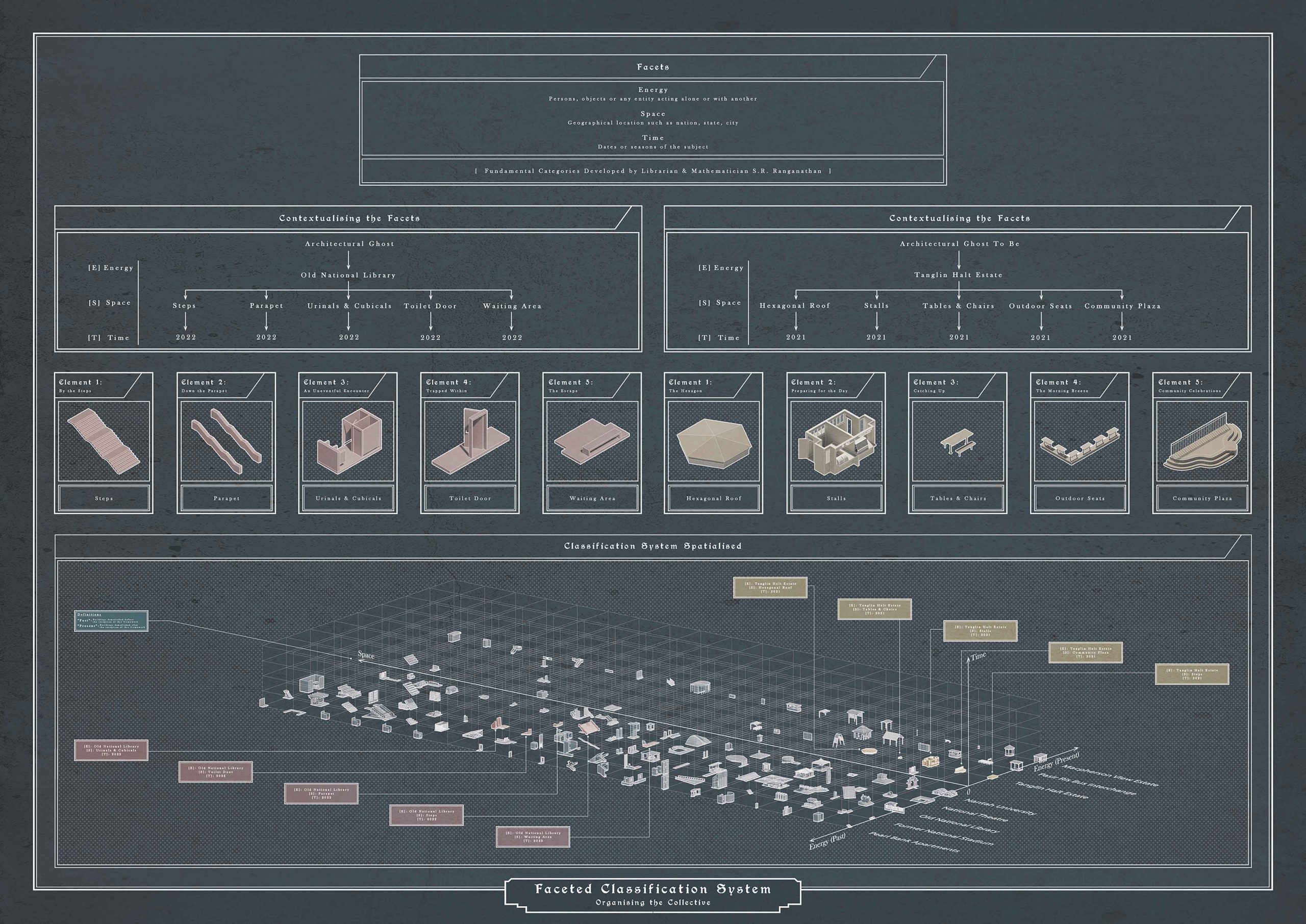 The archive grows over time as more fragments are deposited. This growth may be perceived in terms of a timeline - a beginning, past and present, where the beginning speaks about a specific turning point in history where the nation began to resurrect buildings through micronarratives. The growth of the Archive is twofold. On one side it is catching up with the present by collecting actual fragments, while on the other, it is simultaneously growing into history by reconstituting lost fragments. The archive aims to transcend the normative idea of a static card box filled with black and white documents. It is instead envisioned as one that is much more humanistic, where the ethos lies in the ideology of a decentralized curation of narrative mediators that exist and act upon each other within a network. Each experience at the archive involves the coming together of narrative mediators, re-animated and put into parallel conversations, as visitors wander through the archive. All design, agency and intentionality come from the uses we make of the archive, rather than what it contains; an aspiration to spur memories, produce new meanings, build relationships and re-member us as a community. 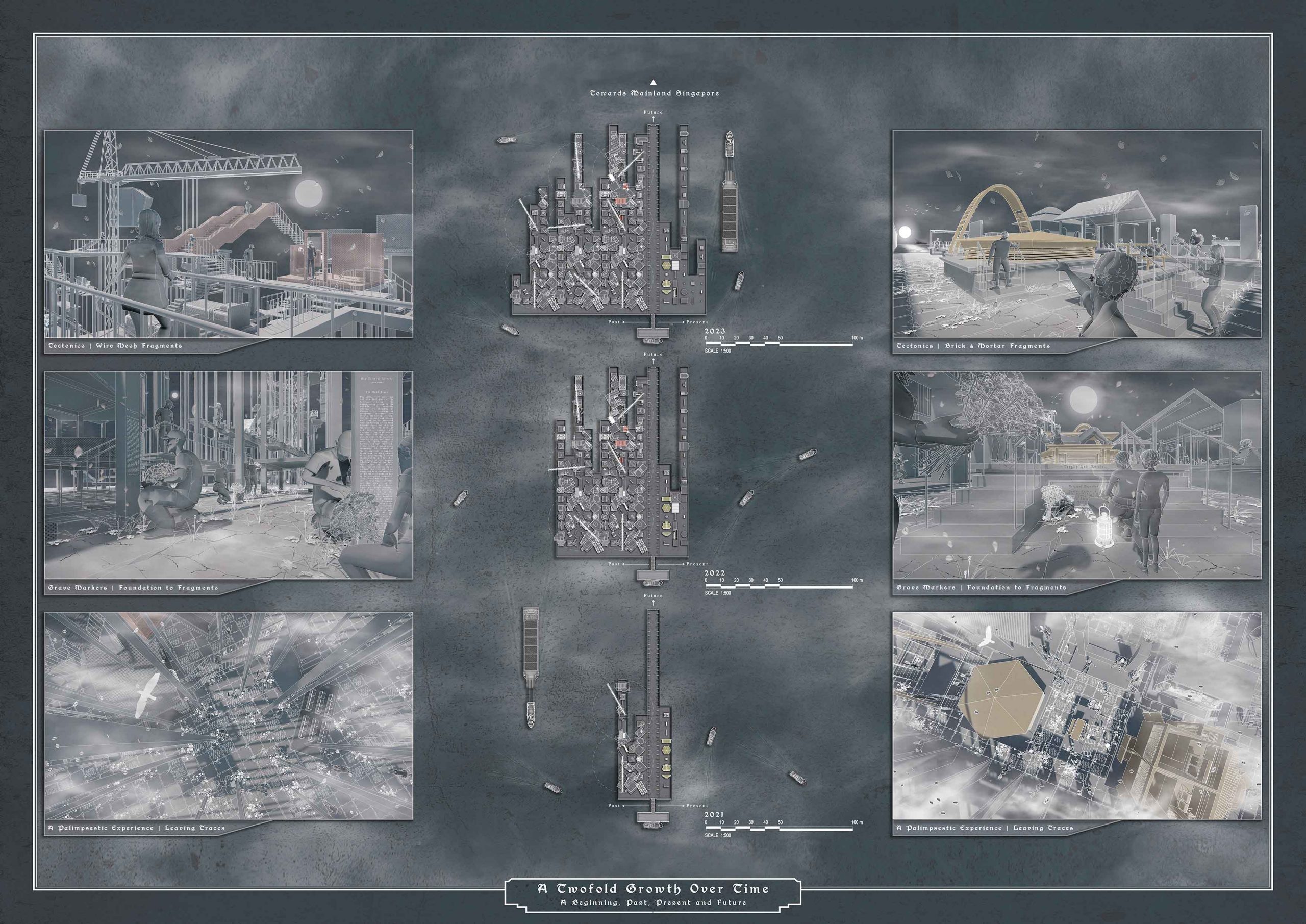 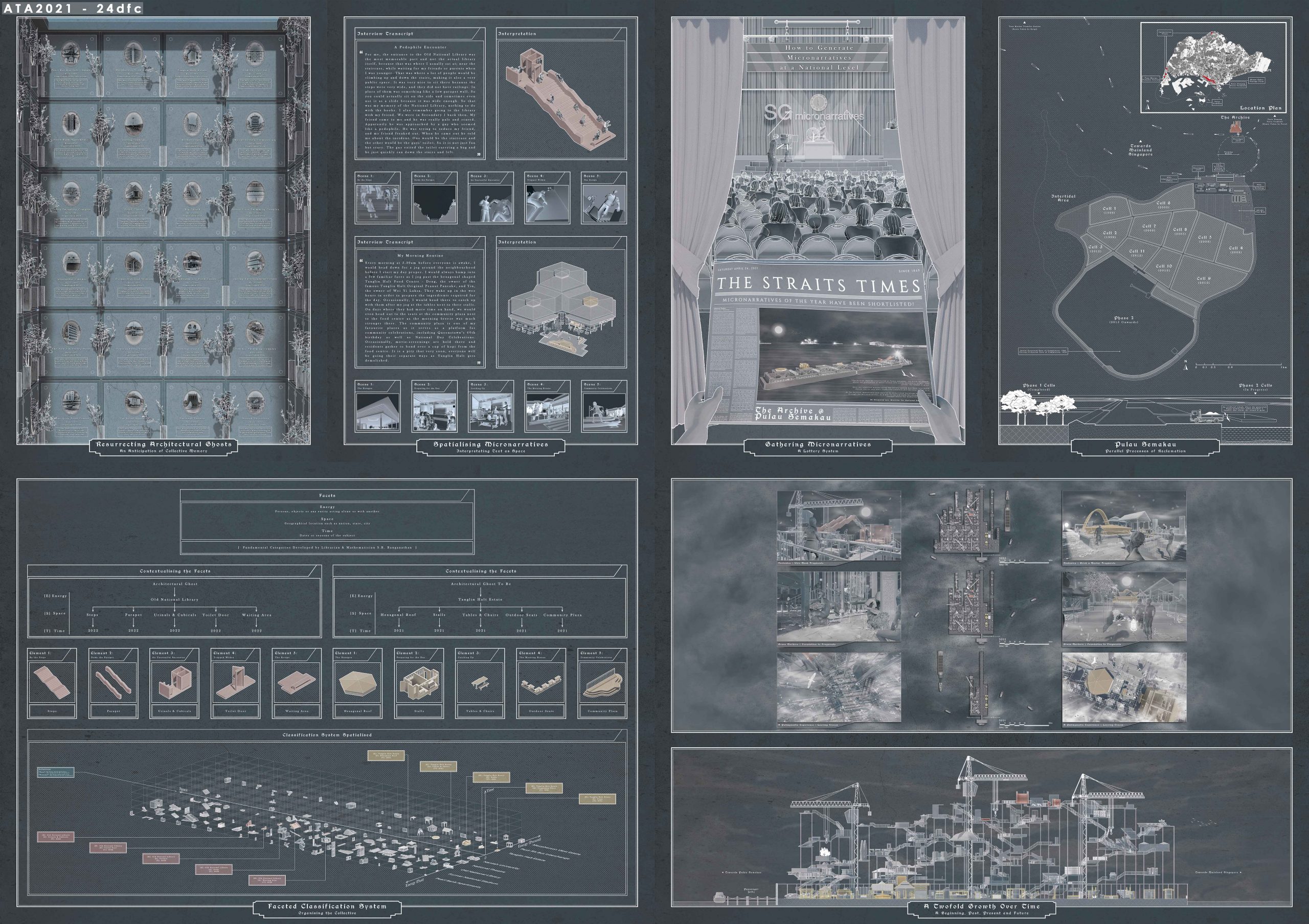 As a designer, I believe that the primacy of Architecture is neither about solving nor creating problems but instead, the revealing of problems and the questioning of underlying assumptions. I have been privileged with diverse experiences, firstly as a team leader in the BCA-organised International Building Design Competition 2020 (themed “Sustainable and Intelligent City”) where my team emerged as a Merit award recipient and secondly, as an intern in Eco-ID Architects, SOG|design and Quen Architects where I was privileged with the opportunity to partake in the design process of local residential and refurbishment projects to high-end residential, resort master planning and nature park visitor centre projects in Vietnam, Venezuela and Kazakhstan respectively.
FOLLOW
MESSAGE
LOGIN TO LIKE
[pro_ad_display_adzone id='2269' ajax_load='1' info_text='Advertisement' info_text_position='' font_color='#' font_size='11']