My hacking consisted in partially rebuilding the destroyed facade of the coliseum and imagining a contemporary version of its facade through an analogue project. The hybrid was made with Norman Foster’s Apple Store in Dubai
My choice refers to the recent interest of multinationals to fund the renovation of historical sites. In addition it is interesting to remember that the coliseum has already been ″hacked″ in the past. Before becoming the tourist attraction we know today, the coliseum has been through multiple uses. 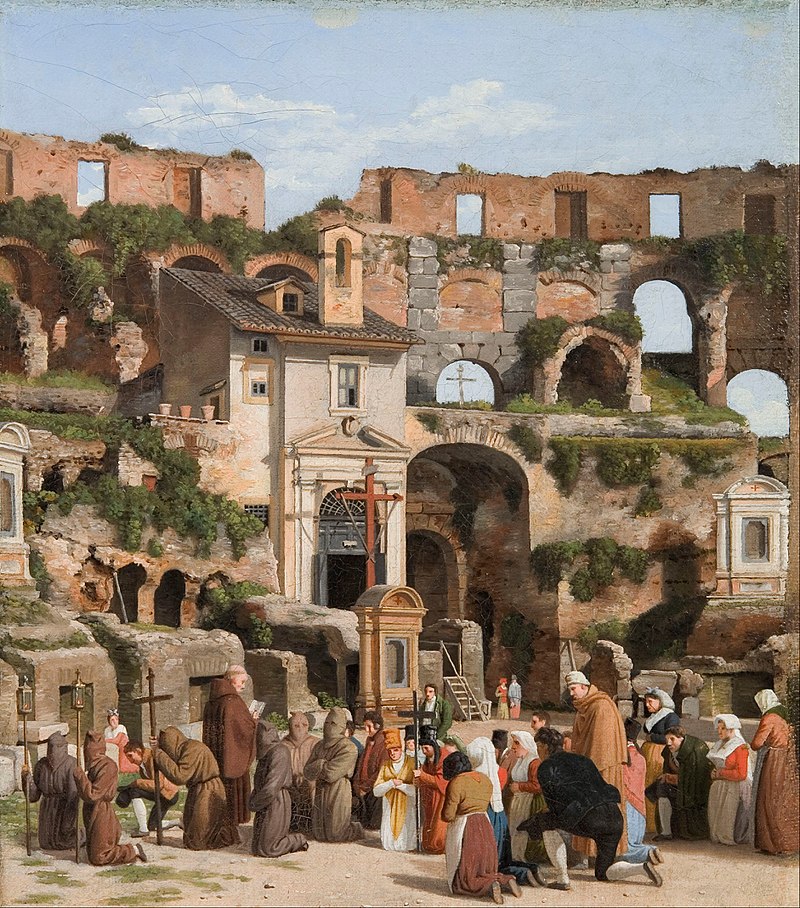 The arena has been in use for nearly 500 years, the last games lasting until the 6th century. The Coliseum finally ceased to be used during the High Middle Ages and has undergone many changes. A small church was built inside the structure (IMAGE 1) at the end of the 6th century, and the arena became a cemetery. The numerous vaulted spaces under the bleachers were used as dwellings or workshops, and tenants have still been found in the twelfth century, when the local Frangipani family fortified the building, apparently to make it a fortress. The Coliseum has suffered from several earthquakes but more specifically the one of 1349 which caused the collapse of a whole part of the outer wall of the south side. With the permission of the Pope, a large part of the stones was then recovered for the construction of palaces, churches, hospitals and other buildings. This way the entire facade of the Palace of Venice and St. Peter's Basilica are derived from the reuse of the travertine blocks of the Colosseum. Each year, -500.000 euros are allocated by the Italian State to address the most urgent work. This is not enough for more ambitious work. With nearly 5 million visitors a year, the Colosseum continues its restoration to avoid congestion.

In view of the reduced budget of the Ministry of Cultural Heritage, the site had to turn to private sponsorship to raise the financing: in 2011, an agreement signed with Diego Della Valle, the CEO of Tod's footwear brand, allows this group to claim to be "the sole sponsor of the Coliseum" by fully funding the works, namely 25 million euros, one third of which can be deducted for tax purposes. In return, the sponsor has the exclusive right to use the image of the monument for its advertising. It is a sponsorship project that will have no economic return but a very strong advertising-commercial return and benefits and tax deductions. Other firms then followed Tod's footsteps, the Italian company Fendi, financed the restoration work on the Trevi Fountain and, thanks to the financing by Bulgari jeweler's house, the restorations of the Spanish Steps have begun. With the recent incident of Notre Dame de Paris who quickly found sponsorship for its restoration work and with the examples discussed above who have all enjoyed real tax and business benefits, we can question the real interests of their actions and how far they can go. So I imagined a dystopia in which Apple was to fund the coliseum in exchange for a transplant from one of their stores to the monument. 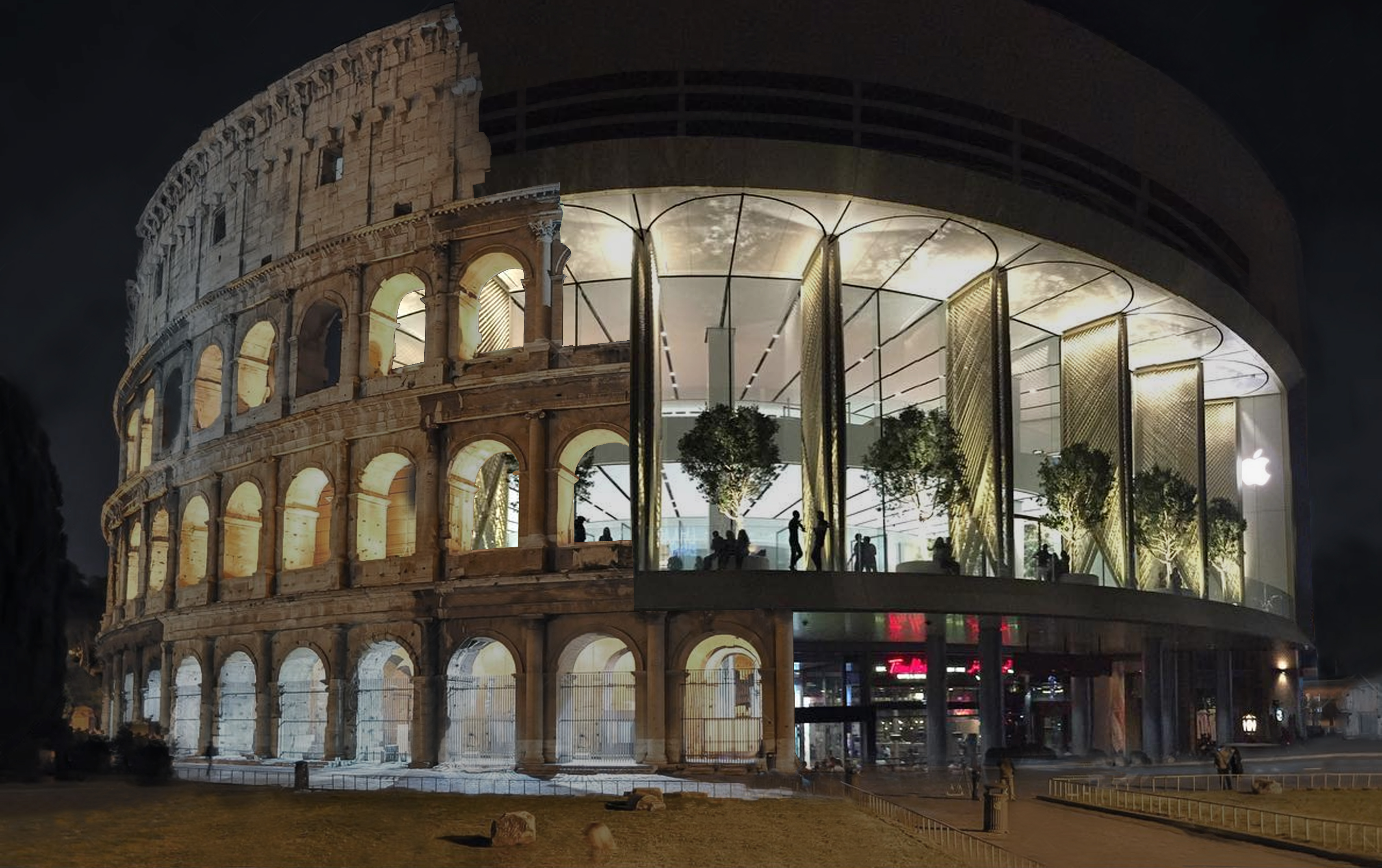