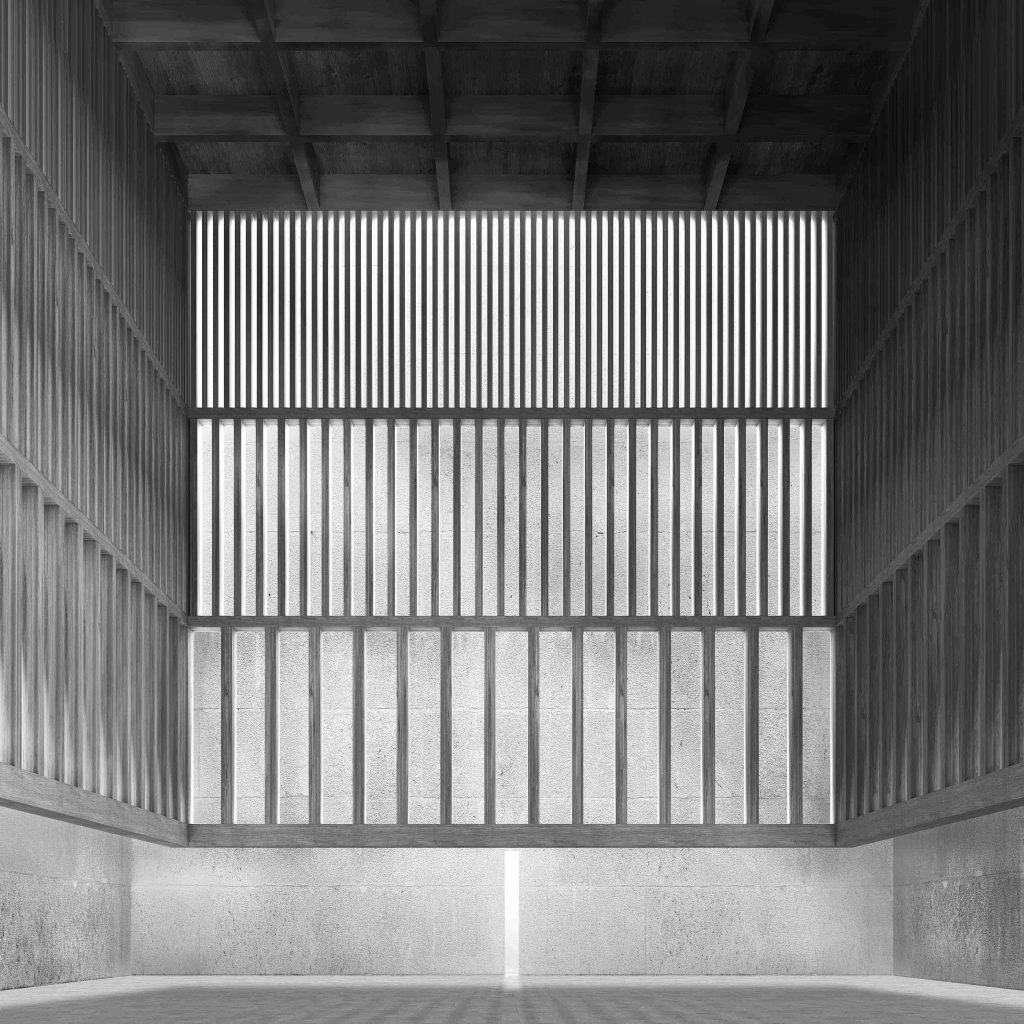 The thesis concerns the design of a mosque and an Islamic cultural center in Arezzo, mainly intended for the Muslim community. It represents a proposal for reorganization and enhancement of the area, restoration of the profile of the walls of Arezzo, symbolic inclusion of a foreign community within the oldest part of the city against any attempt at marginalization and in favor of a fruitful contamination between cultures.
The whole project is conceived in the context of the exchange between western and eastern cultures, of which both have always nourished each other.

The plant is configured as a fragment of a city that arises from the hybridization of the urban model of convents and monasteries along the Via Sacra of Arezzo, with the typology of the Islamic city of the most eastern geographical area, from Iran to India, characterized from the succession of buildings to a mainly quadrangular plant court attested along a road or along the spine of a suq. The system reconnects to the various points of access to existing urban routes. A stairway that continues the pedestrian road coming from the city center divides the complex into two parts and leads to the share of the road that acts as a distributive thorn.At the altitude of +5 meters from the hypogeum floor, a public garden develops consisting of the alternation of paved, grassy areas and a body of water (corresponding to the space for the ablutions). The accommodation returns the imprint of the buildings below making it readable to scan. Taking back the characteristics of Islamic architecture, all the buildings are introverted: the library and the madrasa develop each one around their own courtyard, while the space for the ablutions (in direct communication with the courtyard of the mosque) and the hammam have a spatial pivot; a source of light. In addition to the typological nature, all the buildings in the complex have in common the gray limestone cladding and the same structural matrix made of septa that are arranged orthogonal to the perimeter of each building.

The mosque is a cubic volume, enigmatic, suspended between the ground and the divine: like the Ka’ba it is a stone fallen from the sky that sinks into the earth and becomes urban volume. The stone that covers it is made of larger slabs than the other buildings to underline its significance of out-of-scale monoliths. Its orientation is dictated by the direction of Mecca, to which Muslims turn to pray. No other symbol, except the qibla, or the direction, evokes the function of the building. The prayer room is a 23-meter-wide, 23-meter-high, completely free space, collected under a large wooden mashrabiyya suspended from the ground and detached from the stone walls, scanned in three orders, at increasing rate with the height, resumes that of the facade of the Romanesque church of Santa Maria Assunta. The facade of a church becomes so ‘internal’ of a mosque. A ceiling skylight that runs along the perimeter illuminates the grazing light stone which in turn filters through the prayer hall through the mashrabiyya. Along the wall of the qibla a niche lit from above performs the function of the mihrab. 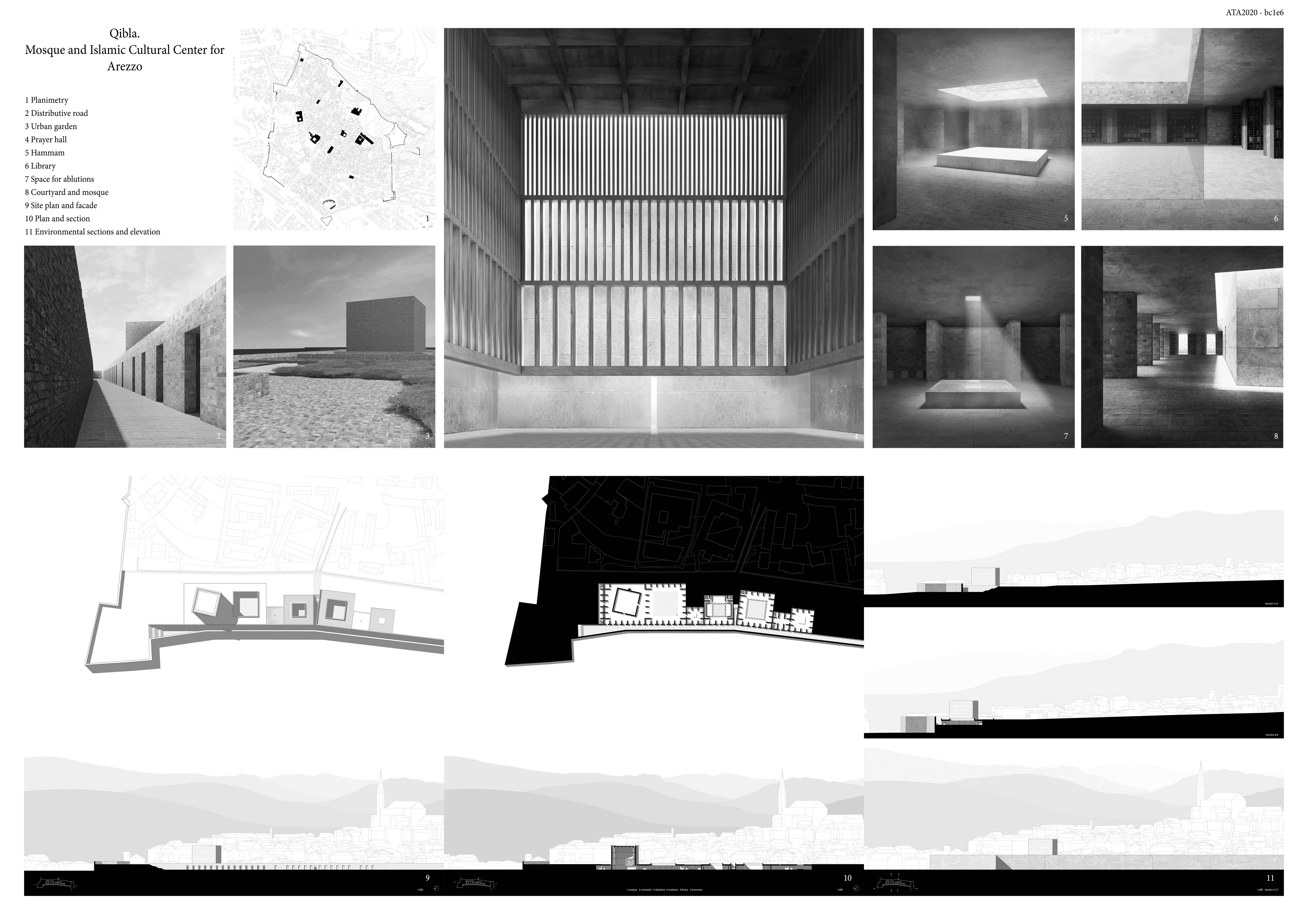