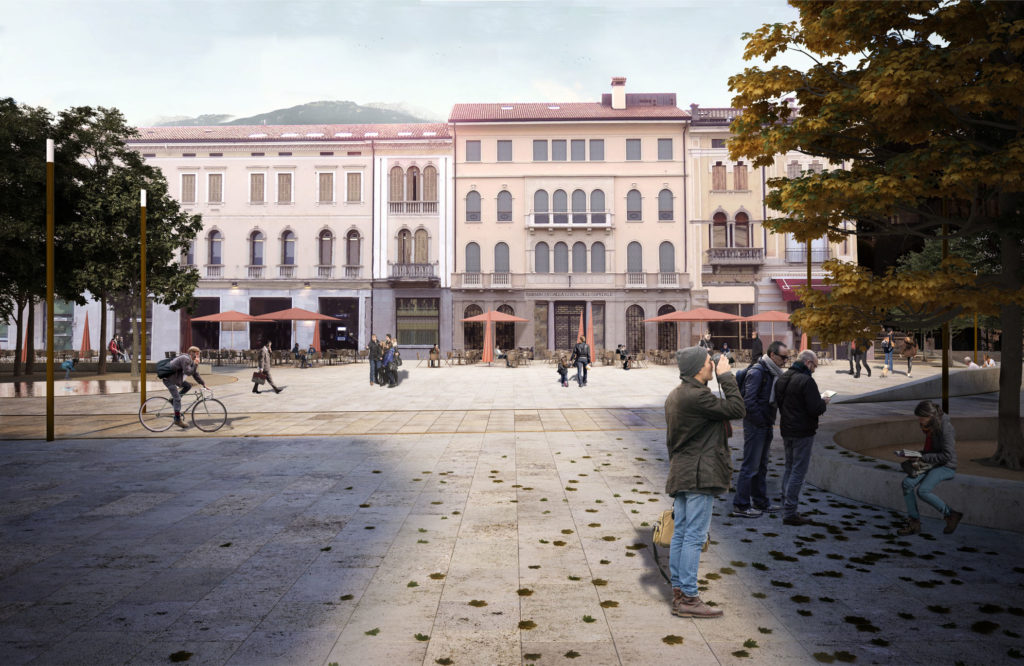 Endymion, according to the myth, was the first to study the phases of the moon, this zeal attracted the attention of the Moon who, given the beauty of this one, fell in love with it to the point of asking Zeus to grant him eternal youth. The fountain of Endymion, in the center of the square, reflects the moon, which with its cycles defines the life of the fields and the processes for bottling Valdobbiadene wines. The project finds a synthesis of the variable exchange between nature and artifice, and returns the urban space to people. A continuous urban carpet, without architectural barriers, changeable. 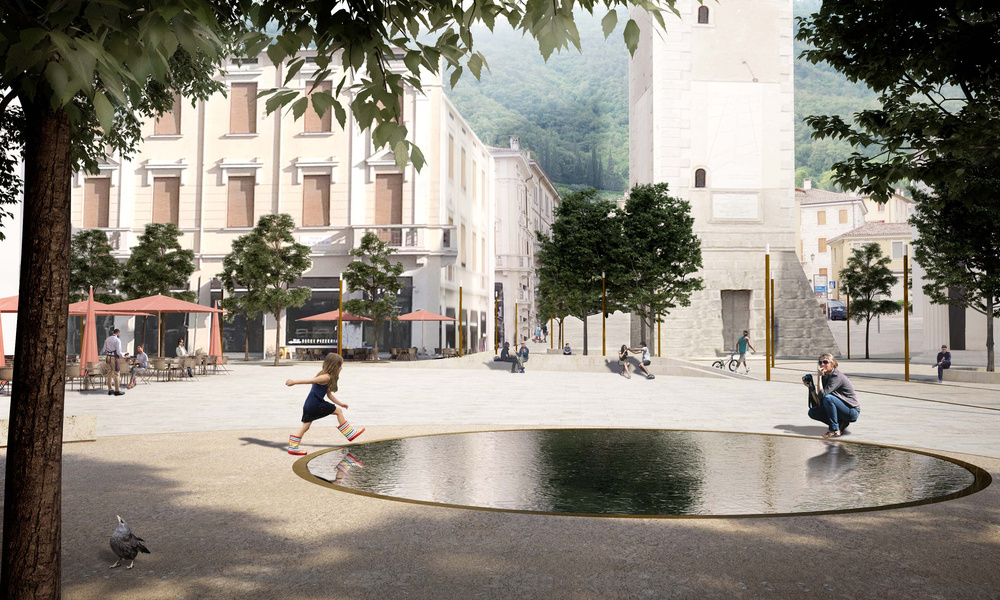 The square is composed of parts closely linked to the urban elements that overlook it: the town hall, the cathedral and the tower, the fountain. The space in front of the town is characterized by a large stone seat. The pavement recreates an area extended between the cathedral and the tower. The west area is characterized by the presence of the fountain with arboreal essences typical of the place.