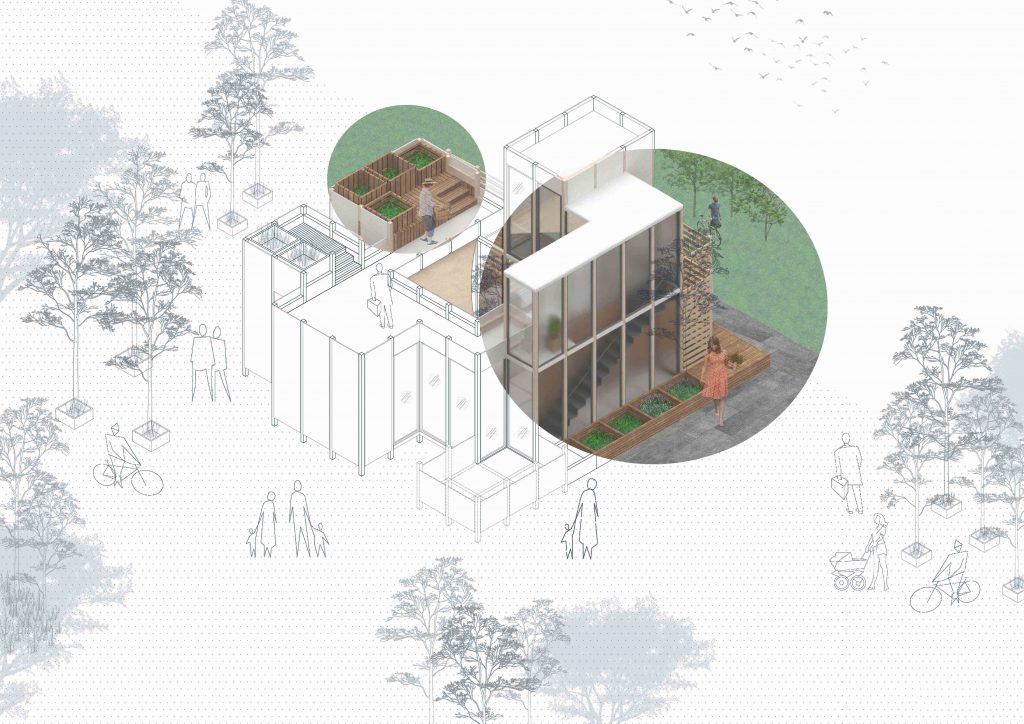 Occasioned by the events that took place in Greece between the years 2016 and 2019 – the great fire in the area surrounding Athens , the inflow of refugees and the large population of homeless people in the urban areas -, the idea behind “No man’s home” came to life. The project is in essence a system of rapid and versatile structures that constructs houses , which are then organized in settlements and are inhabited by these three sections of population.
The idea is based on the versatility of the structure so that it is able to be made on a vast variety of landscapes of the Mediterranean zone. That is made possible with the use of pieces that can be dismantled , stored and be moved to the next location in need.

There was a certain need for versatility behind the projects design , the need of installing and uninstalling the whole settlement which is why certain materials were selected which are , wood for the structural skeleton , concrete blocks as foundations , chambranles that are dimensioned along the structural skeleton, coatings with certain dimensions and custom made furniture. Taking into consideration the user and his needs , two types of houses are made depending on the number of habitants, one that is made for two people and has the ability to extend into a house for four and one made for four people and has the ability to extend into one for six. The design behind the Houses rotates around three basic elements: the atrium , the ability to cultivate and the movement in two levels through a corridor , around whom the rooms of the house are settled. 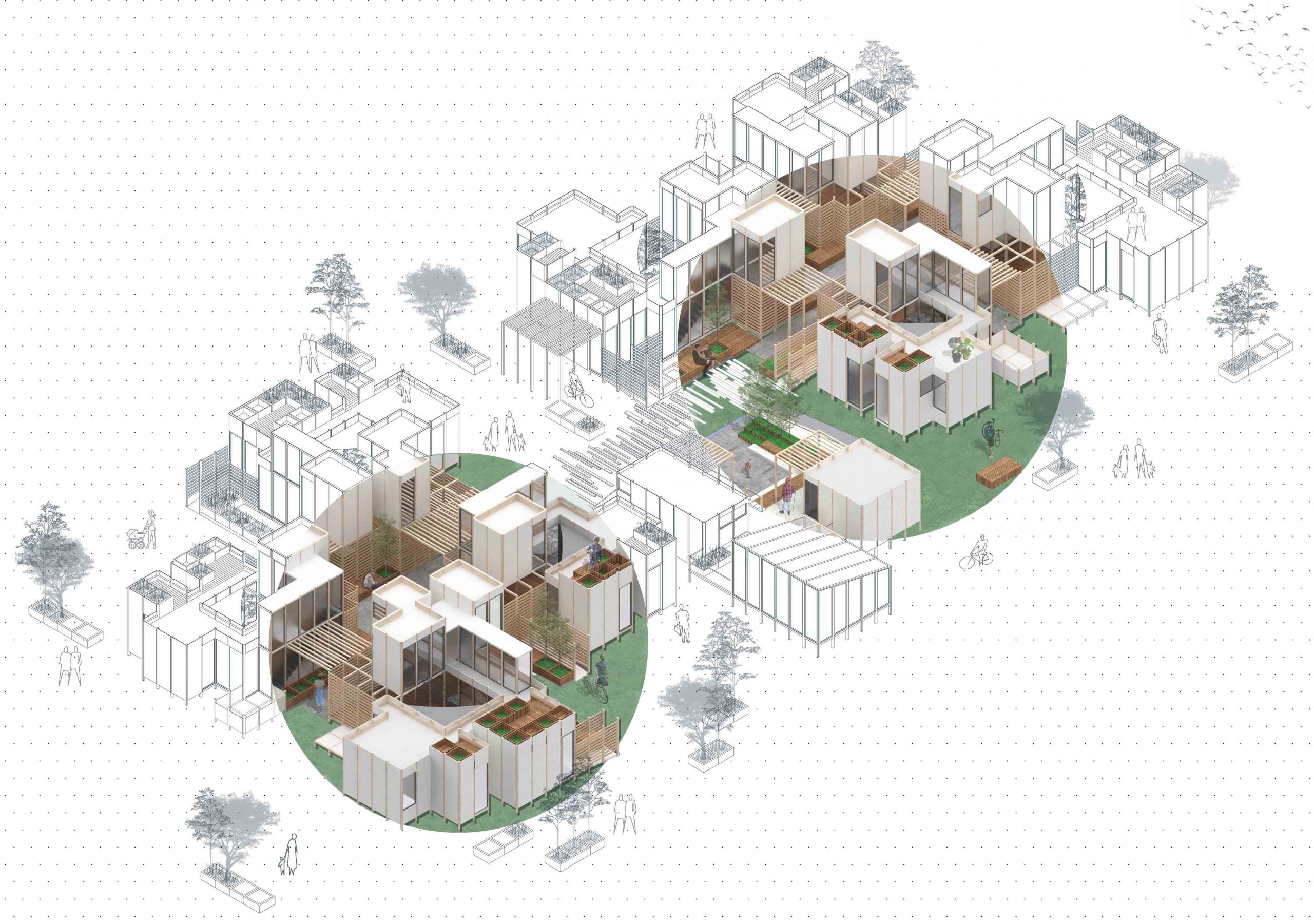 The houses are connected in pairs of four making a small neighborhood – square through the atriums and in pairs of eight through three buildings of common interest. One storage building , one small greenhouse and one building of washing machines . In the total of the settlement , bigger buildings are constructed with uses that are for everyone : a school , a library , a small health clinic , a sanctuary and a flea market , which are surrounded with a similar-theme square. 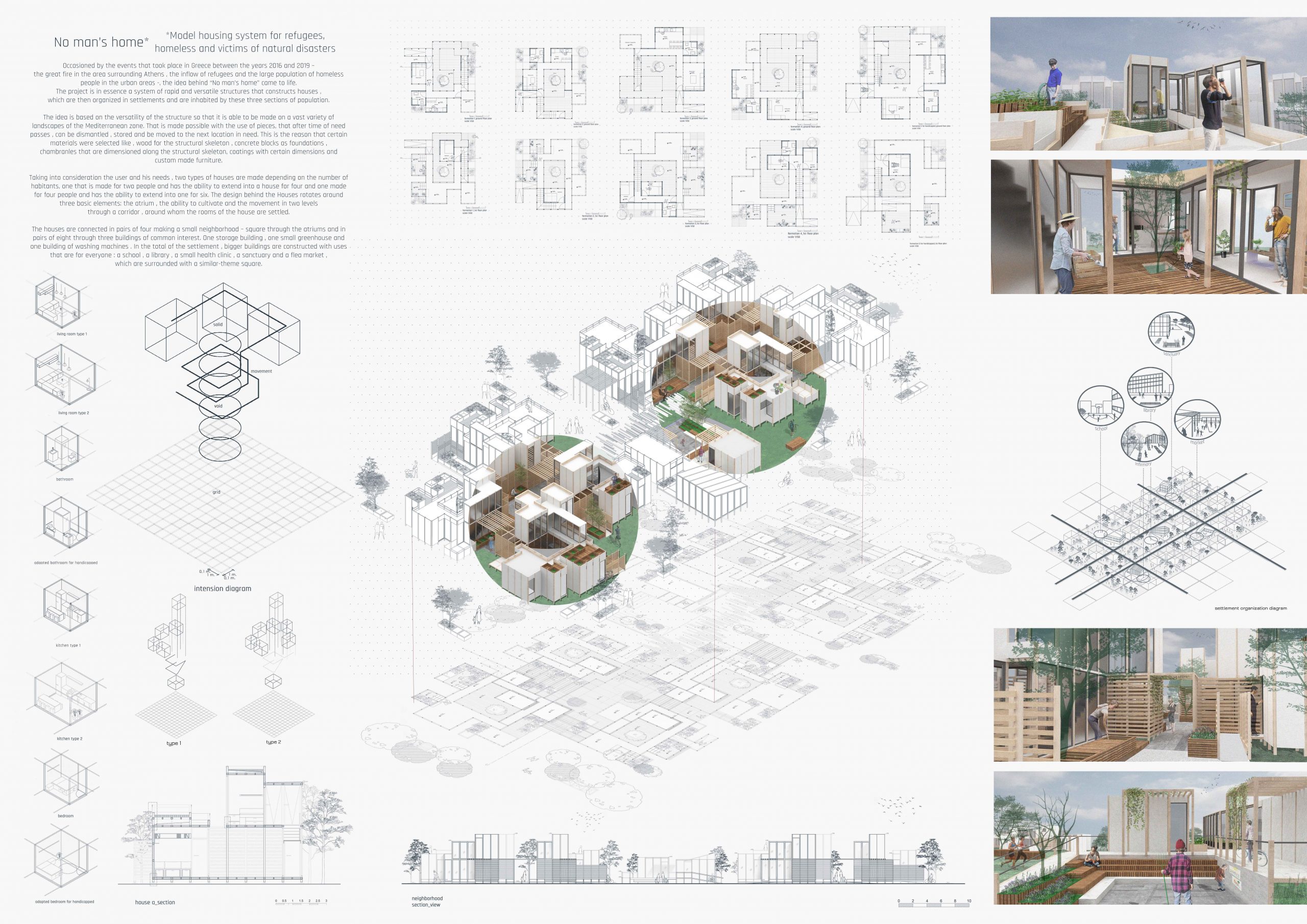 Team mates, classmates and best friends who share the same values about architecture and the impact of it in the world
LOGIN TO LIKE
[pro_ad_display_adzone id='2269' ajax_load='1' info_text='Advertisement' info_text_position='' font_color='#' font_size='11']