We don’t know what kind of technologies we will face tomorrow. The technologies extremely have changed for the past century and they are developing right now. But what is more important for us it is how these technologies will deal with our nature. We can observe a lot of problems in the nature which have been caused by our technologies. So this project is effort to create a space where the person can learn not only from books or computer screens but also from the space itself. The medialibrary is bridge that connects two different worlds: technologies and the nature. It shows the balance and helps people to understand that the nature is the only one thing that we have and it is important to live in harmony in the world and keep on with it. 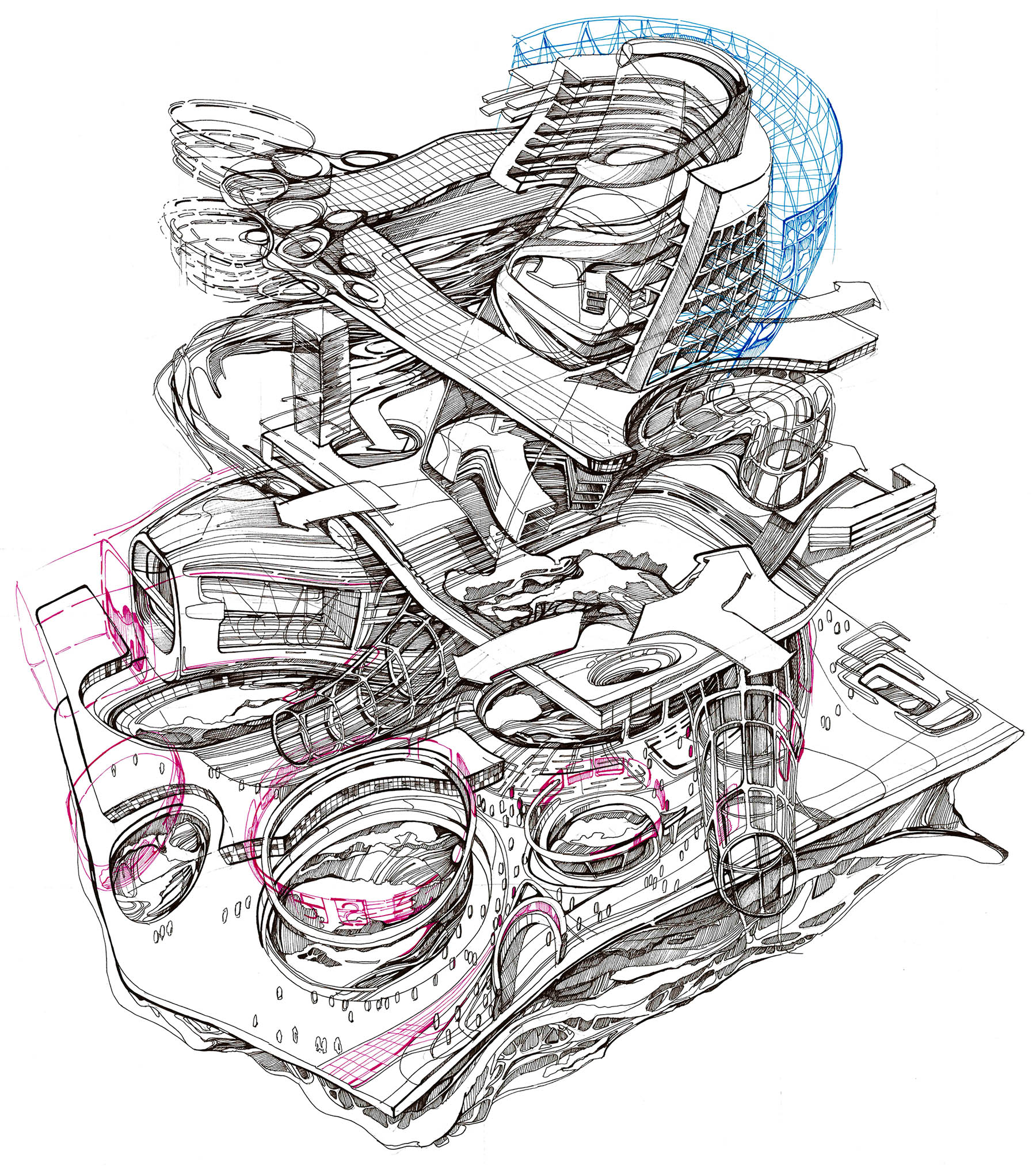 The media library consists of the flowing spaces which are penetrated by media installations, projectors which project different news on walls, movies, interesting events, wildlife. Level of park and level of cloakroom. Before the person gets to the principal spaces of a media library, he needs to pass through the level of park. Level of park represents the pure space penetrated only by columns and glass cylinders, passing by a media library it is possible to watch growing trees in these cylinders. These cylinders are reported with the second level or level of a landscape library in such a way that the deciduous part of trees just more quits on this level. Further the person as required gets to the bottom level, cloakroom level (conditionally technical). As the cloakroom is on the underground floor, need of lighting appears. The space of cloakroom has very interesting atmosphere as represents a small glass well into which light from the level of park penetrates. The atmosphere of cloakroom is unique, it prepares the person for contact with the media library therefore before going to fascinating traveling on a media library it is recommended to get on this level. In addition to cloakroom at this level technical locations are here for the equipment of this object, also locations for staff of service, a left-luggage office, a zone of layout of servers with information settle down. 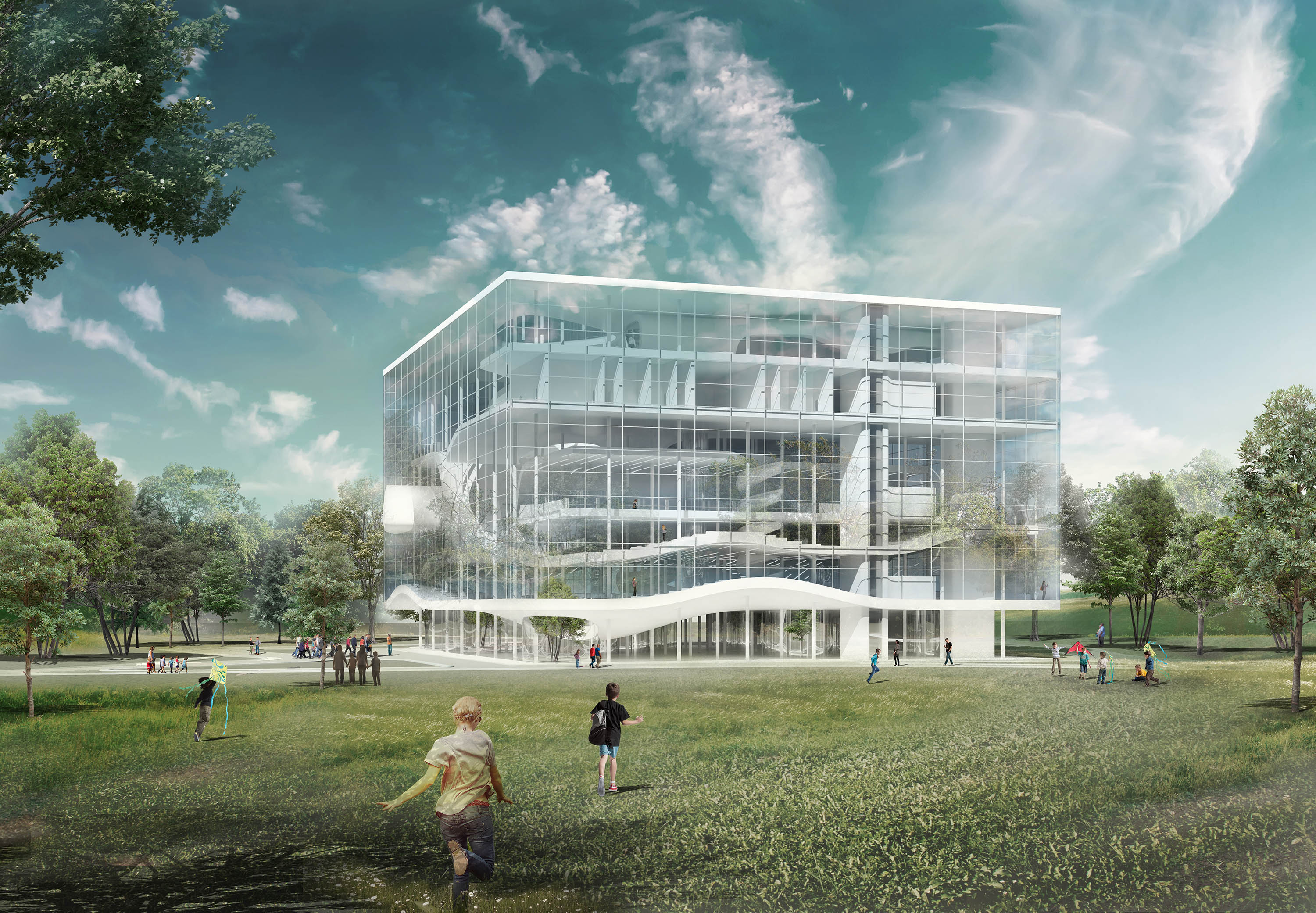 Further the person by means of escalators gets on the level of landscape library. Level of landscape library as it was already marked above, represents a plastic platform with 3 buried areas around which amphitheatres are created. Level of landscape library extends also the following floor, affecting the following units of library. Zones of landscape library are venues of large actions, forums, and can serve also as small scenes for representations. In the free time from actions this level is an integral part of library. Here it is possible to find any suitable place for reading that can be under a shadow of the rustling grass or at a panoramic glassing with an improbable view of park. Top levels are built in 2 large amounts of a curved form, therefore, that the free space between these amounts is created, such structure of amounts helps to create analogue of a canyon and the disseminating light in the central part of a media library. Each of amounts contains the blocks stated above, namely: the block of library on paper and the block of library on the computer carrier. These two blocks unite among themselves the escalators and transitions which are small tunnels with a diameter of 3 meters. From the lower level it is possible to observe how these transitions dynamically play among themselves.