The project is an architectural hybrid that consists of two trophy buildings of architectural history that belong in different eras, Parthenon and Maison-Domino. The idea is to emerge the question of how architecture repeats its forms throughout history and how such juxtapositions are blended in the modern urban landscape. 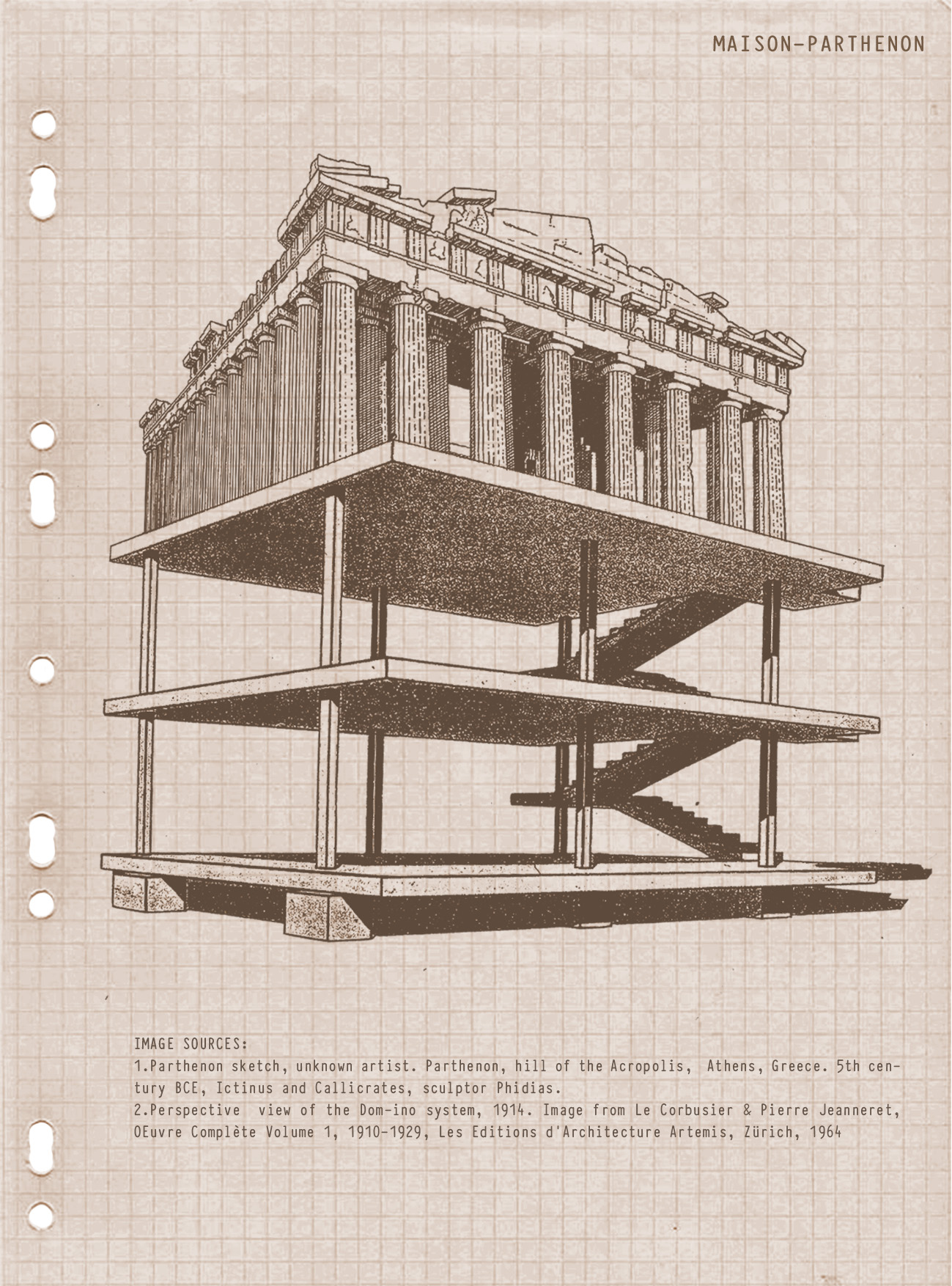 The first building is Parthenon, located on the top of Acropolis hill, in Athens Greece, built on 447 b.c. and designed by architects Iktinos and Kalikrates. The temple is considered to be a masterpiece of constructive harmony as it is designed according to meticulous notions of proportion and geometry, whose aim was to maintain a semblance of accurate alignment. The temple has a strong symbolism as it marks the evolution of human culture and had a great impact on architecture. The second one is a system of construction designed in 1914 by Le Corbusier, as a solution to post-war housing problem, Maison-Domino . The idea was to create a structural system - a framework - completely independent of the floorplans of the house: this frame carried the floors and staircases. The project was meant to be completed by the addition of walls, doors and windows by its residents. Maison Domino represents an innovative platform, designed as an open system, for users to expand and modificate as they see fit. The design principles embodied in Maison Domino became the most recognizable project of twentieth-century architecture.

This project is inspired by the Mediterranean and Northern Africa urban architecture where this typology of a two-story building with expansion possibilities (like Maison-Domino) is often met. Various houses are left unfinished due to economic and practical reasons. These houses are completed later as the family expands, but many times they are left unfinished, formulating hybrids of public and private space. Although the addition of “Parthenon” on top of such a structure seems to be a paradox, Classical Architecture has affected many architectural forms throughout history. Elements inspired by Classical Architecture are often used, as a symbol of attempted luxury or wealth. In an imaginary scenario, the project shows an architect’s attempt to evolve Maison-Domino into Maison- Parthenon, interpreting Maison-Domino’s expansion possibilities. 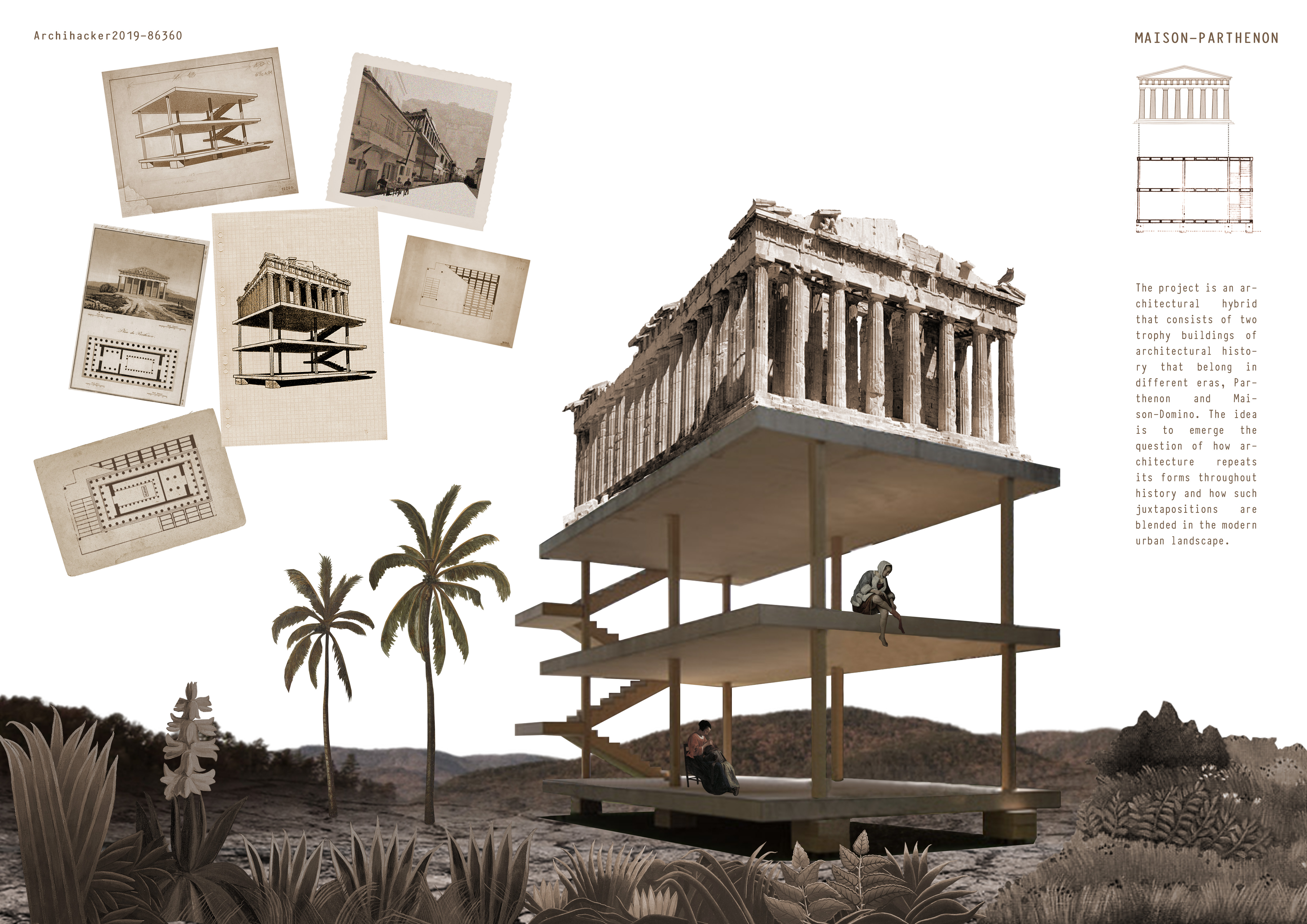