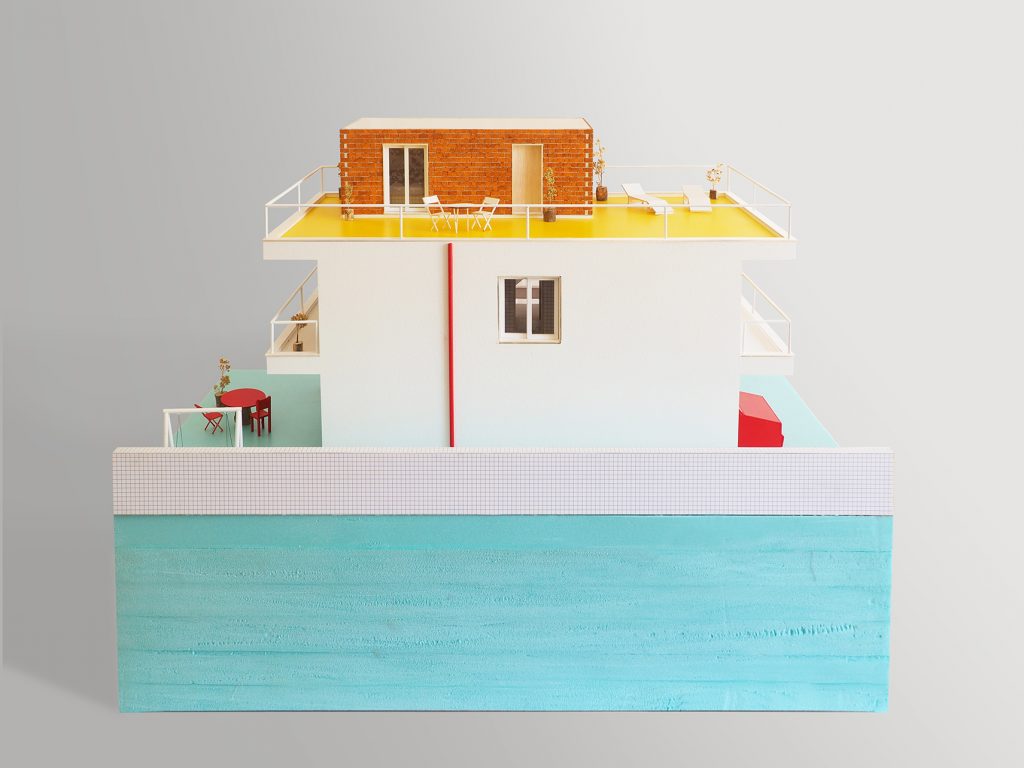 A house- as the par excellence familiar place- appears as a physical object, and at the same time as a mythological formation both archetypal and culturally defined. In an effort to rediscover the familiar by mapping the topology of symbolic forms which constitute it, the attention shouldn’t be turned to the beautiful objects of desire, but to the ostensibly uninteresting, the ordinary and stereotypical objects of the everyday. Through the contemporary Greek landscape, where architecture is being experienced mostly through the car glass, the character of each place doesn’t vary in relation to its geographical latitude, but according to the latitude of the road which crosses it. The most representative of the buildings born out of this extended condition of informal suburbanism are the houses which sprawled all over the Greek countryside, built on the basis of the famous Dom-ino system. The simultaneous repetition and differentiation of this generic form reveals the fleeting, fluid, archetypal identity of a mundane object which feels as familiar as an old joke and as disturbing as a bad memory…

A low expectation is the shelter you need every time that your desires betray you. The “Low-Expectations House” is a narrative construct which comes to exonerate the flatness of this world, by reproducing it both explicitly and metaphorically. Inside the house, the acts of domestic life are being performed in a series of similar rooms, each programmed for a different event, repeated through time. The function of the dollhouse as a means of representation of idealized habitational forms is turned upside-down, by fetishizing not an “other” life, but the most cynically real, in all of its banality. 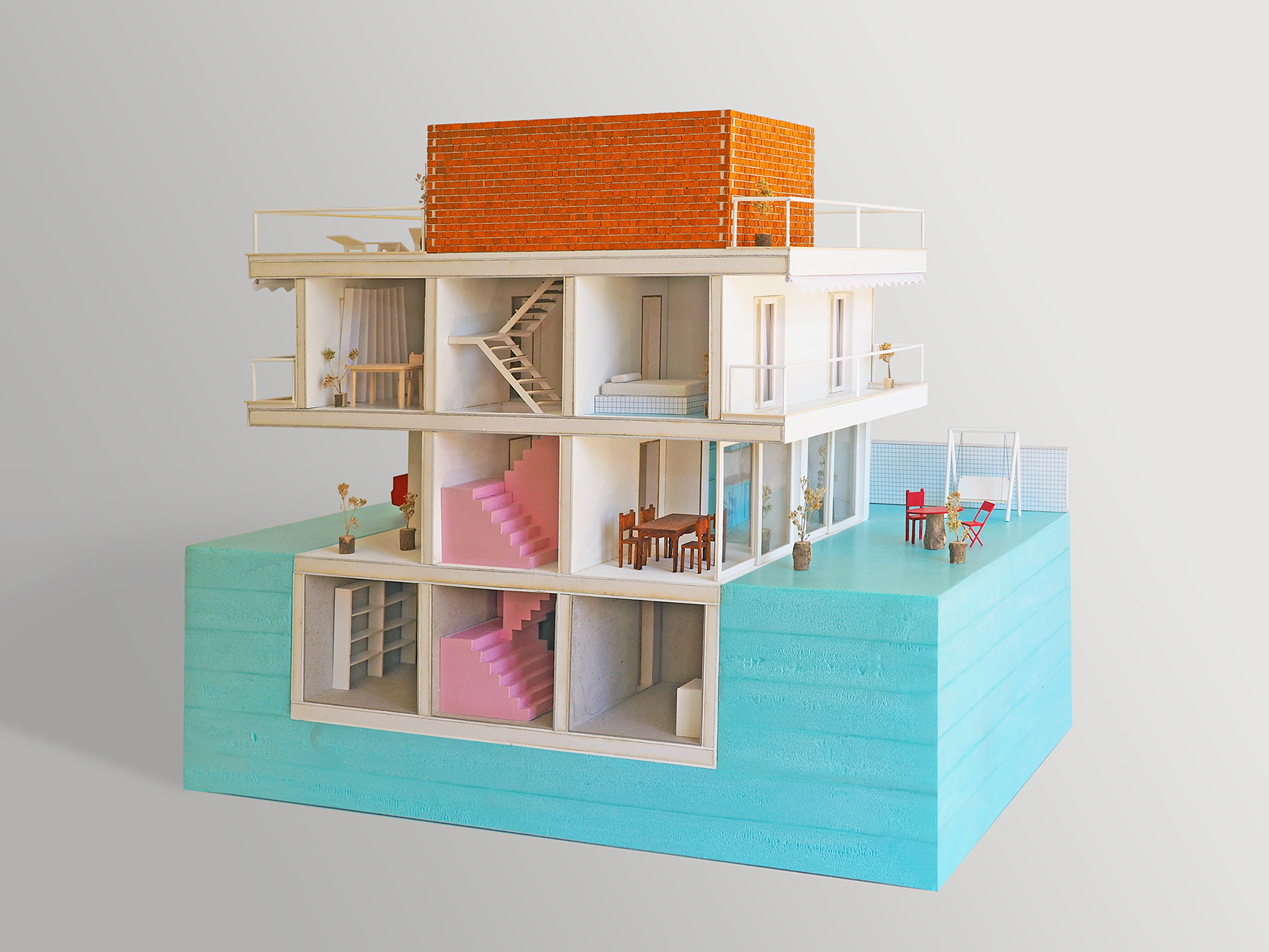 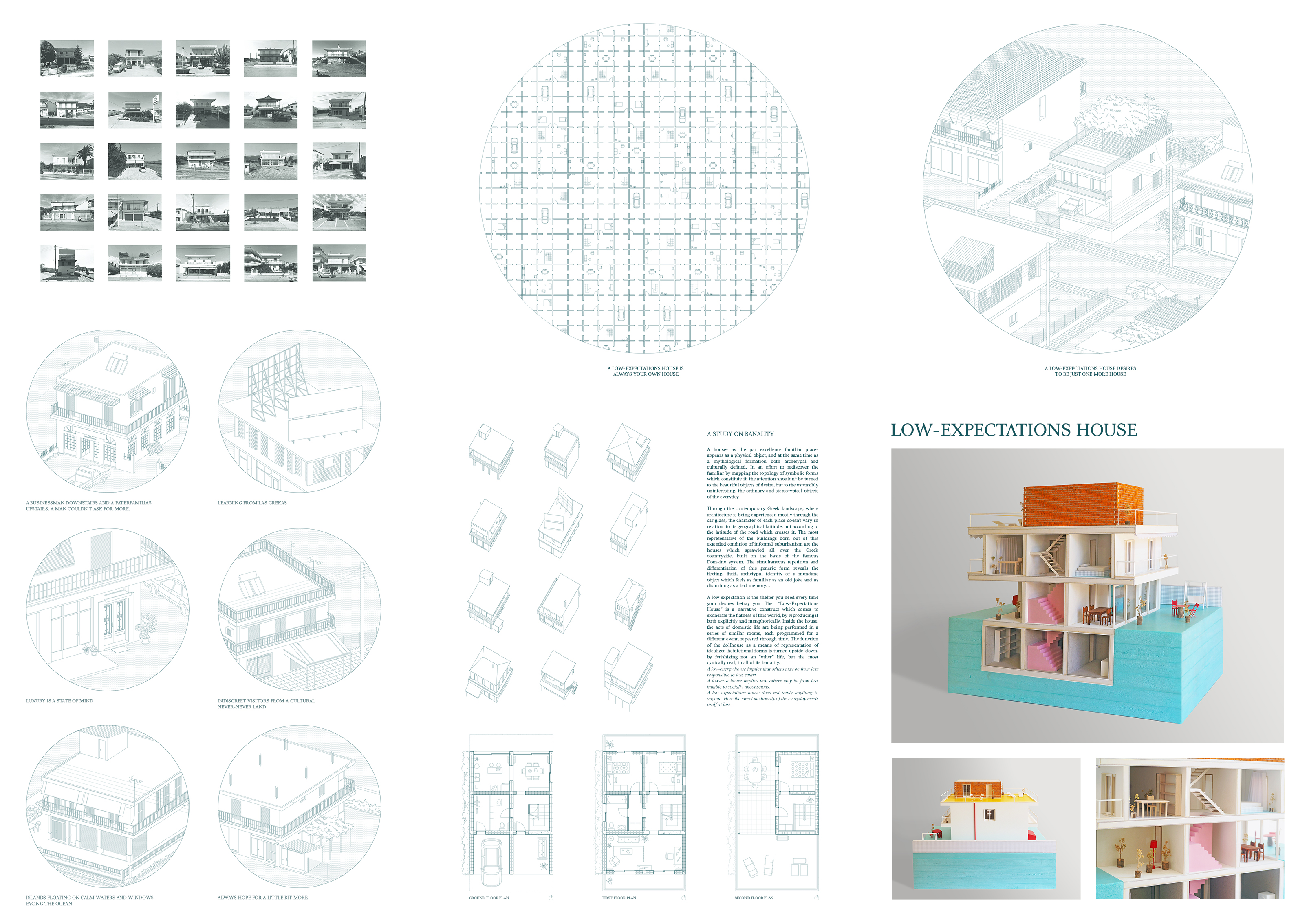 Architect-Designer from Greece. Worked for Ensamble Studio in Madrid in 2014. Graduated in 2016 with a Diploma in Architecture from Aristotle University of Thessaloniki. Currently based in Athens.
FOLLOW
MESSAGE
LOGIN TO LIKE
[pro_ad_display_adzone id='2269' ajax_load='1' info_text='Advertisement' info_text_position='' font_color='#' font_size='11']