Living with emergency. Design for an adaptive settlement in Belén, Iquitos.

Iquitos, known as the capital of the Peruvian Amazon, is home to the populous Belén district, an exceptional instance of a resilient settlement system capable of adapting to the significant variations in the water level of the Itaya River, a tributary of the Amazon. The district is, indeed, constructed from self-built structures on stilts, accessed via make-shift suspended walkways and, for half the year, it is a village on water. Despite its charm, the district – not equipped with sewerage systems and on the edge of the city market which uses it as a waste disposal site – is polluted by an enormous amount of excrement and refuse, particularly visible during dry periods. The district is therefore hygienically unsound and fragile. 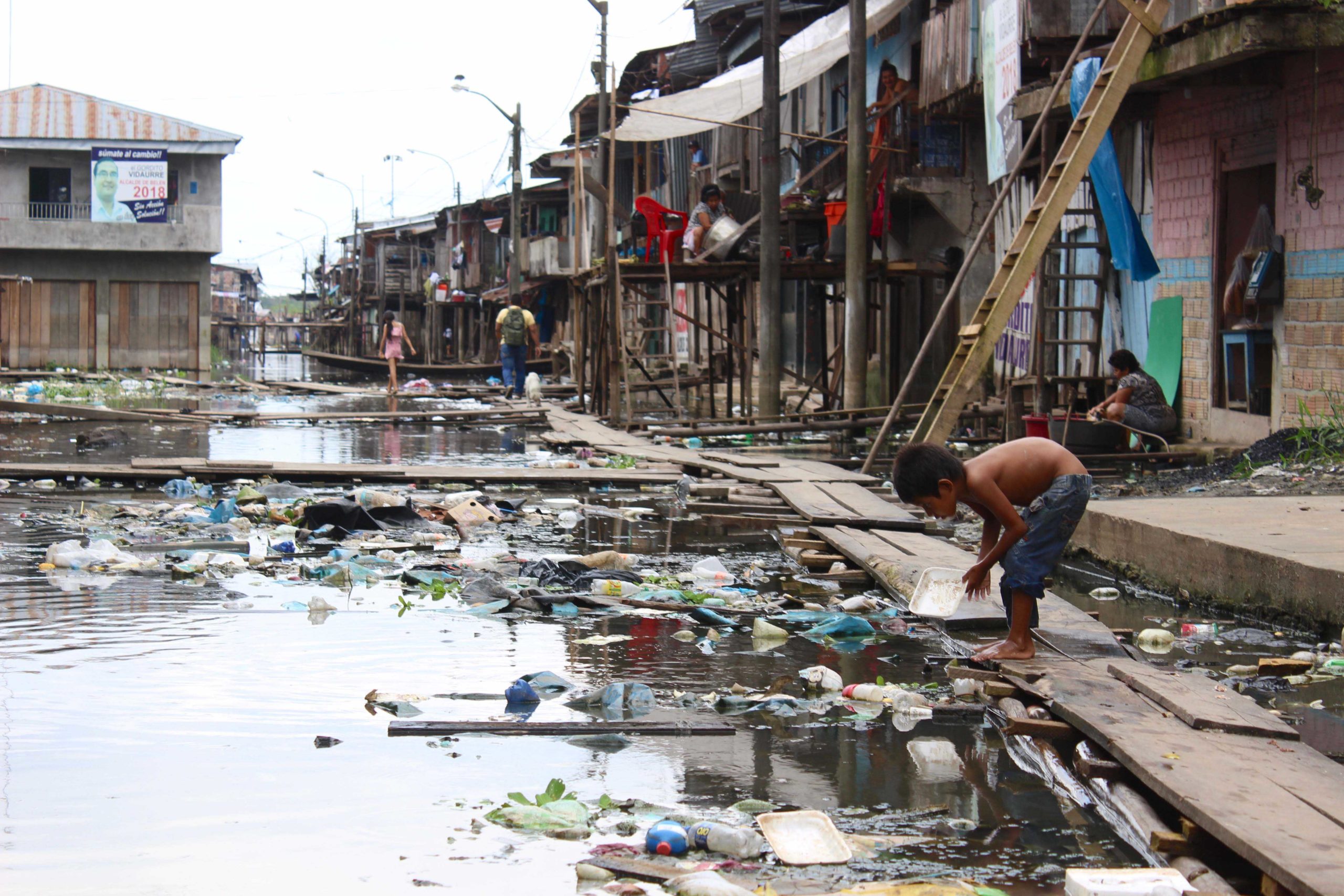 The design was developed in line with the belief that sustainability is multi-dimensional and multi-scale, and that these dimensions and scales are interdependent. For this reason, it was decided to start with district-level infrastructuring which would then impact down to domestic level, following the general strategy of a three-part conception of sustainability: environmental, technical and social. Consequently, the starting point adopted was the need to provide facilities to act on the water cycle, halting - at least in part - the flow of pollutants being poured into the river basin in the form of waste water and solid waste. To this end, it was decided to equip the district with a waste collection point, public toilets and custom-designed small-scale biodigesters. The latter are capable of treating organic waste and sewerage from lavatories, producing liquid fertiliser and biogas which may be converted into electrical energy used for lighting the spaces designed. These facilities would be integrated into a system of fixed wooden walkways permitting pedestrian mobility during the flooding season and constituting a covered ground floor supporting street-selling activities during the dry season. 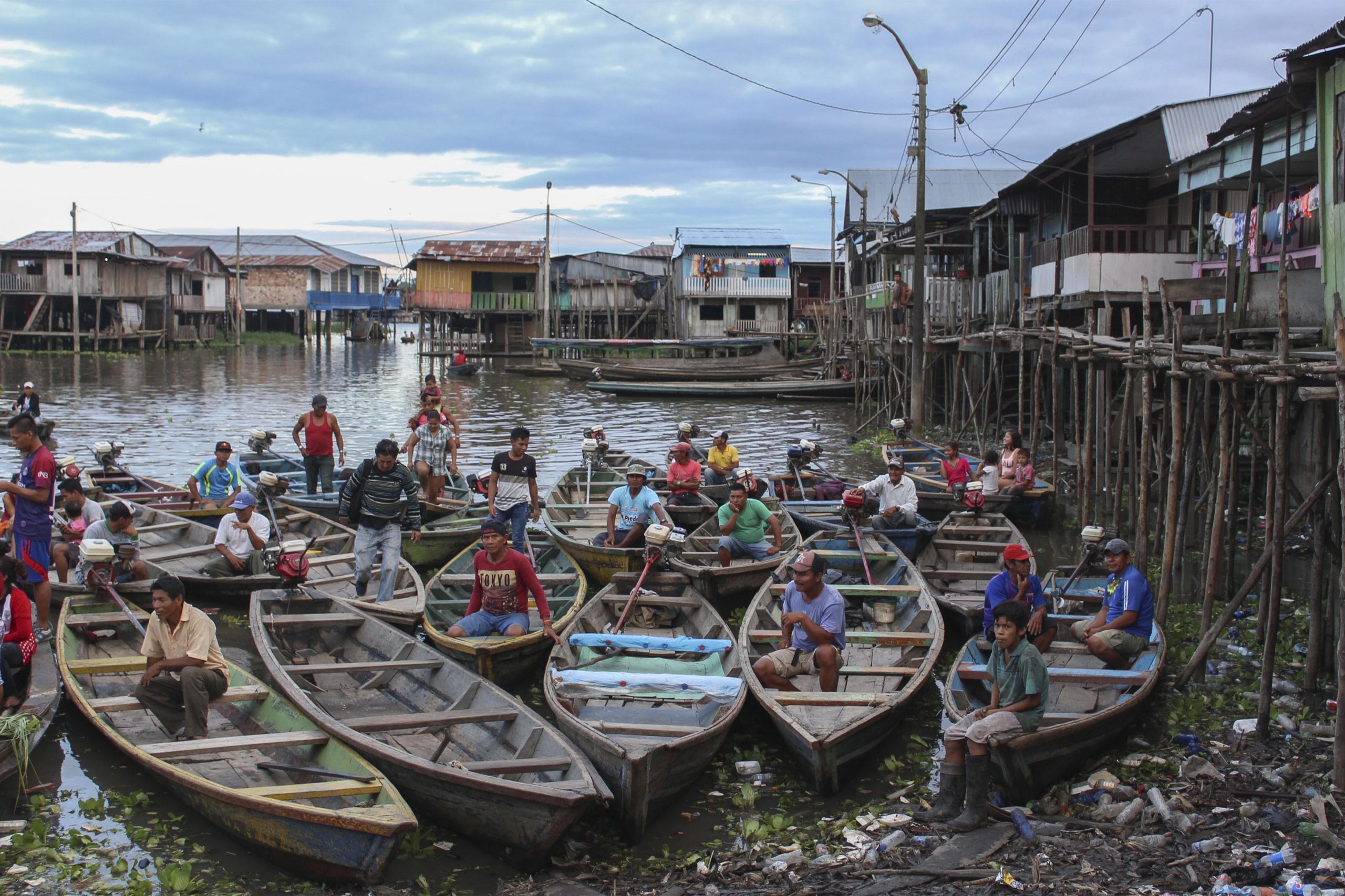 In view of the educational needs identified, the first phase of action would involve construction of a multi-purpose community centre, used predominantly for teaching.  The walkway modules, equipped with services, would be positioned around this centre and at the contact point between the building and one of the main roads. Each module, featuring two community biodigesters, would be managed by a previously trained operator. This phase would include initial familiarisation of the population with the biodigesters’ function and potential benefits, aided by the strategic positioning of the complex. The second phase would involve construction of walkways with service modules in some streets. These would contain toilets, refuse collection points, washbasins connected to the rainwater collection system, several seats and the workstation of the operator managing the biodigester. It was considered that a good level of familiarity with and understanding of the function of the biodigesters could be achieved following the phase at macro-community level.  Consequently, a ‘micro’ service module was designed, according to the same structural system but resized to domestic dimensions, for simultaneous construction of two dwellings.  This structure would comprise an extension of the house into the public space - a practice already in use in Belén - and permit self-building of temporary walkways by the inhabitants during flooding season. 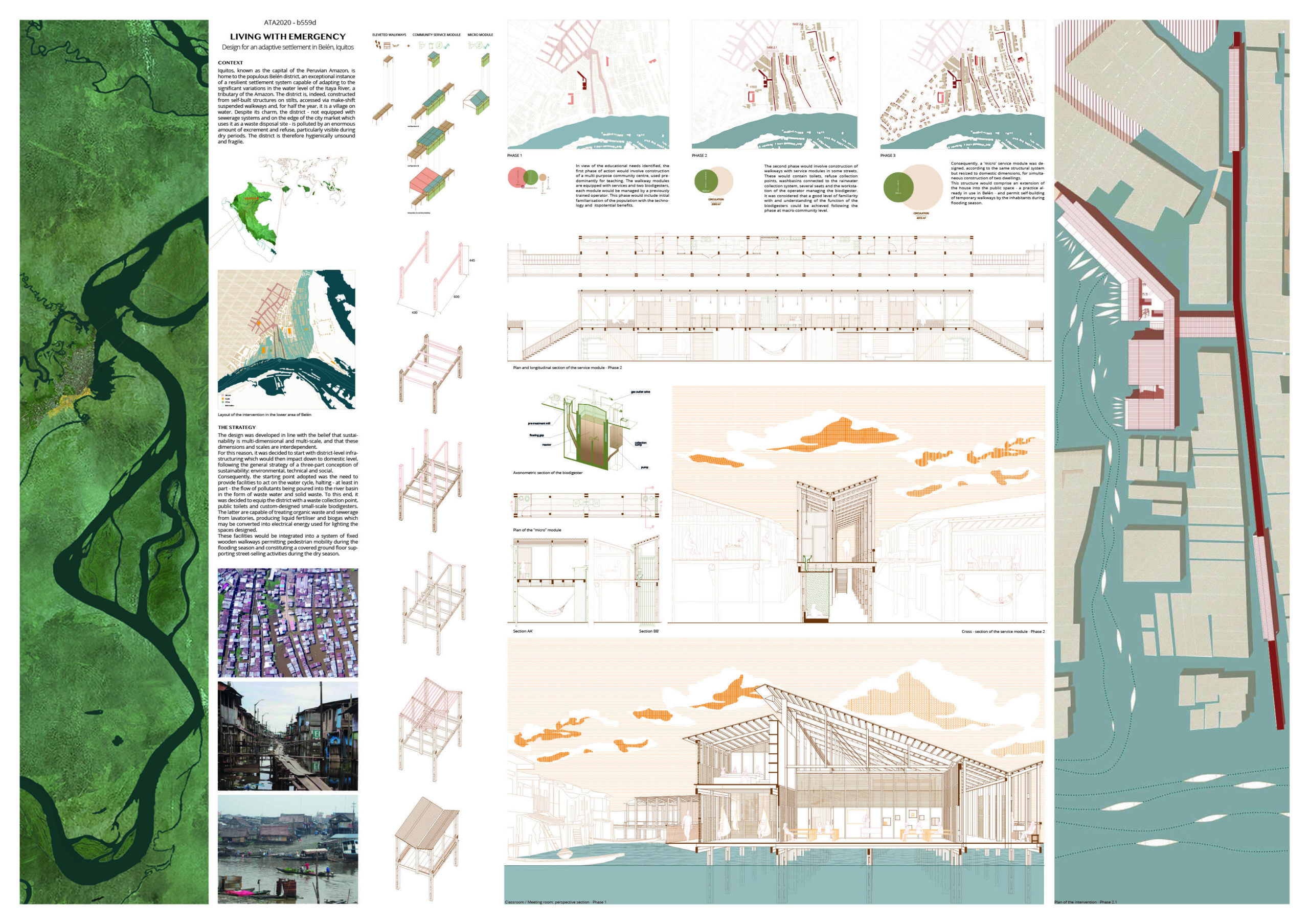 We are two passionate graduated in architecture. We share the belief that architecture is a human right and that it has to be always something sustainable, socially and environmentally. We dream of a better world and we want to contribute to the change through our job.
LOGIN TO LIKE
[pro_ad_display_adzone id='2269' ajax_load='1' info_text='Advertisement' info_text_position='' font_color='#' font_size='11']