Living Side by Size: rethinking the threshold between home and the city 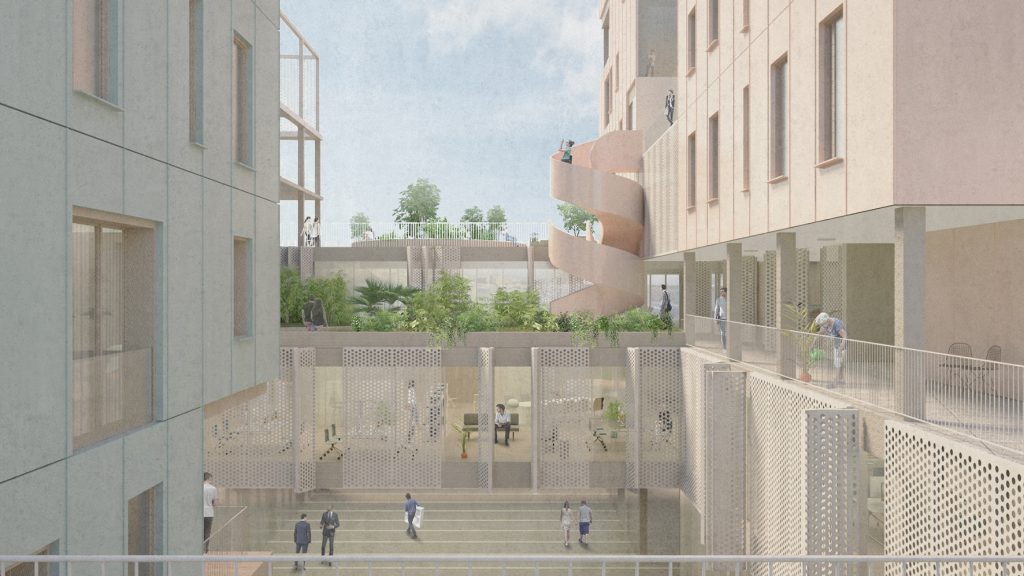 The thesis aims to develop an answer to contemporary social and economic problems related to the theme of housing, such as the disappearance of the traditional family or the disproportion of the offer of the real estate market compared to the demand. The in-between spaces interpreted as “Commons” and connected to the housing dimension have the potential to solve a problematic housing situation when they embody the characteristics of hotspot, porosity, and diversity. The “in-between” spaces are declined according to a “granularity”. Its sizes are three: large (L), medium (M) and small (S). According to the research, taking into account different scales while designing is the proper way to fit an innovative housing project into a city. 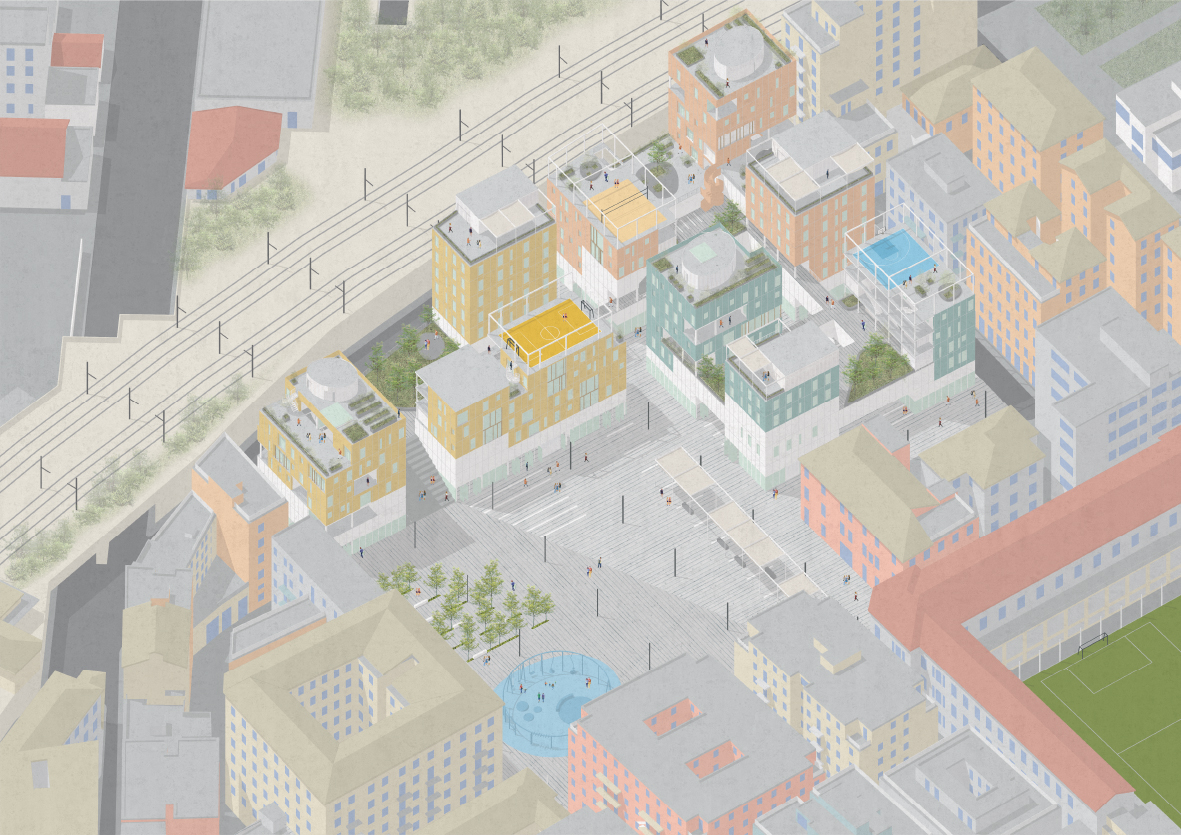 The project is located in the Sampierdarena district in Genoa, where the quality of life is rather low and a significant depopulation is taking place consequently to the absence of job opportunities. However, the area has great potential, as it is at the center of an infrastructure system that includes the highway, the port, and the railway. This project aims to improve the entire neighborhood by addressing its specific problems, starting from a unique housing intervention focused on a new way of living in our home and our city. The in-between spaces are the key points of the project, as they connect the different parts of the program. These interstitial spaces “among things” are the generators of the quality of life in an innovative housing system. Moreover, they are defined as “Commons” as embodying the characteristics of hotspot, porosity, and diversity. The “in-between” spaces are declined according to a “granularity” and they change their features according to the different scales of the project. The sizes of the in-between are mainly three: large (L), medium (M), and small (S). This subdivision allows the project to treat a wide gradient: from the relationship with the whole city to the single housing unit.

The size L means the in-between space between the project and the city, where a large void into the dense urban fabric and narrow alleys of Genoa, assumes a specific character through the relationships created by public functions on the ground floor and their natural continuation in the open space. The size M is conceived as the spaces between the volumes of the complex. In this case, a public function, represented by a working hub and coworking, is intertwined with the private residential dimension. In addition, a system of raised open spaces connects the houses, which are connected in a single large collective system. Finally, as far as size S is concerned, we mean all those in-between spaces within the domestic world designed as places of exchange and sociality. This latter dimension is described through three different types of buildings where you can see how the threshold can take on different features depending on the arrangement of the apartments and the horizontal and vertical distribution elements. The design and theoretical research “Side by Size: rethinking the threshold between home and the city” is aimed to inspire new ways to improve the quality of urban and domestic life in cities, by means of a “granular” and diffuse system of in-between common spaces. Boundaries and interaction between public and private spaces are revisited, through a complex program that integrates housing, work, and leisure and that promotes social stratification. 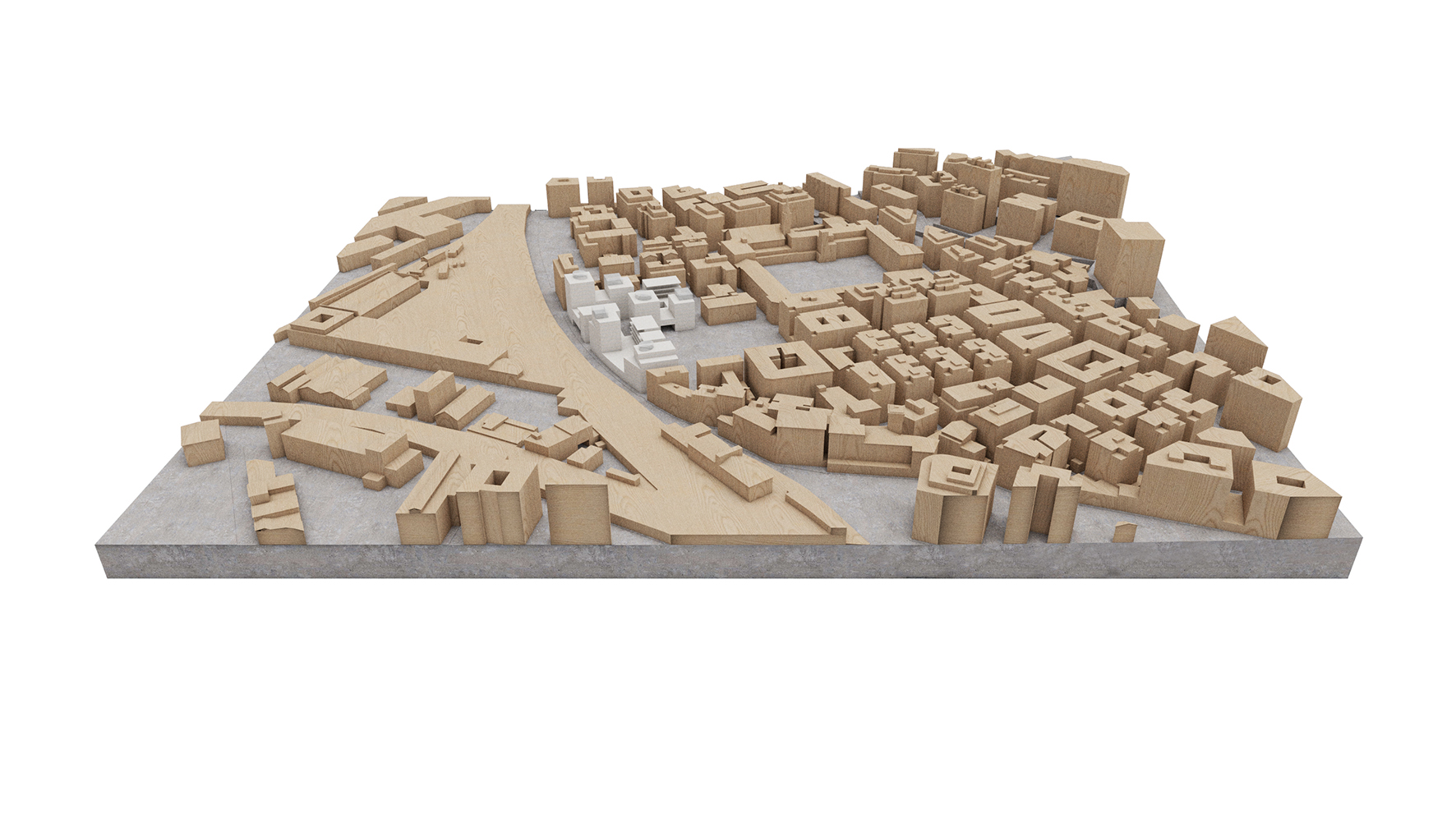 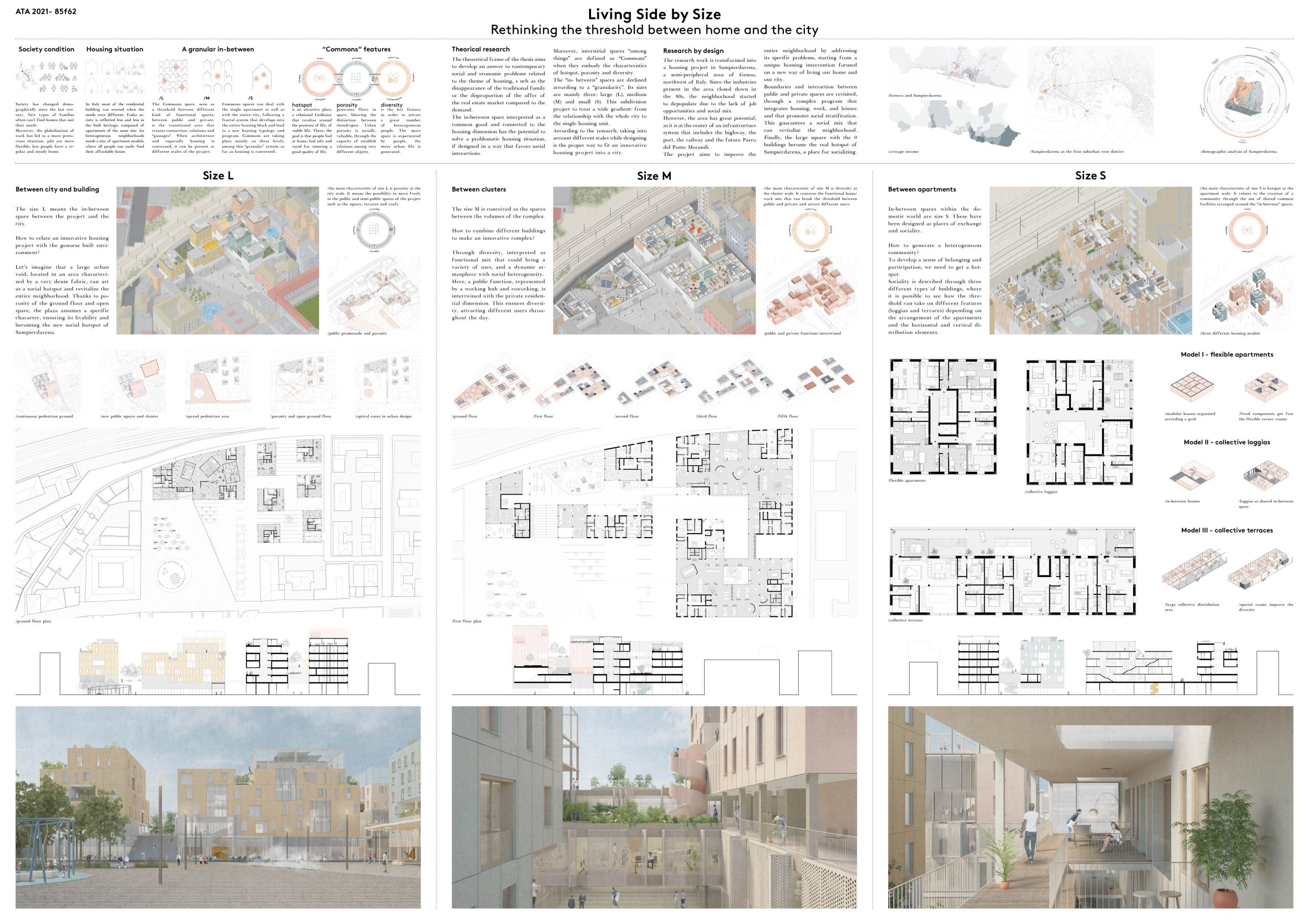