KAYMANTA, in Kichwa language ‘from here’, has been designed and built with an indigenous community of Otavalo, Ecuador. We strongly believe that participatory design is a key tool to strengthen a project where all actors can be part of a unanimous chorus. We organized four participatory workshops and participative construction based on “Minga”, a reality inherent to Kichwa culture, where the community members help each other in the construction process. The project is the requalification of a public space intended primarily as a meeting place for the community and secondly for the tourist. The project started in May and ended in October 2015 with its inauguration. KAYMANTA is a drop in the ocean but, we hope, it already caused its wave. 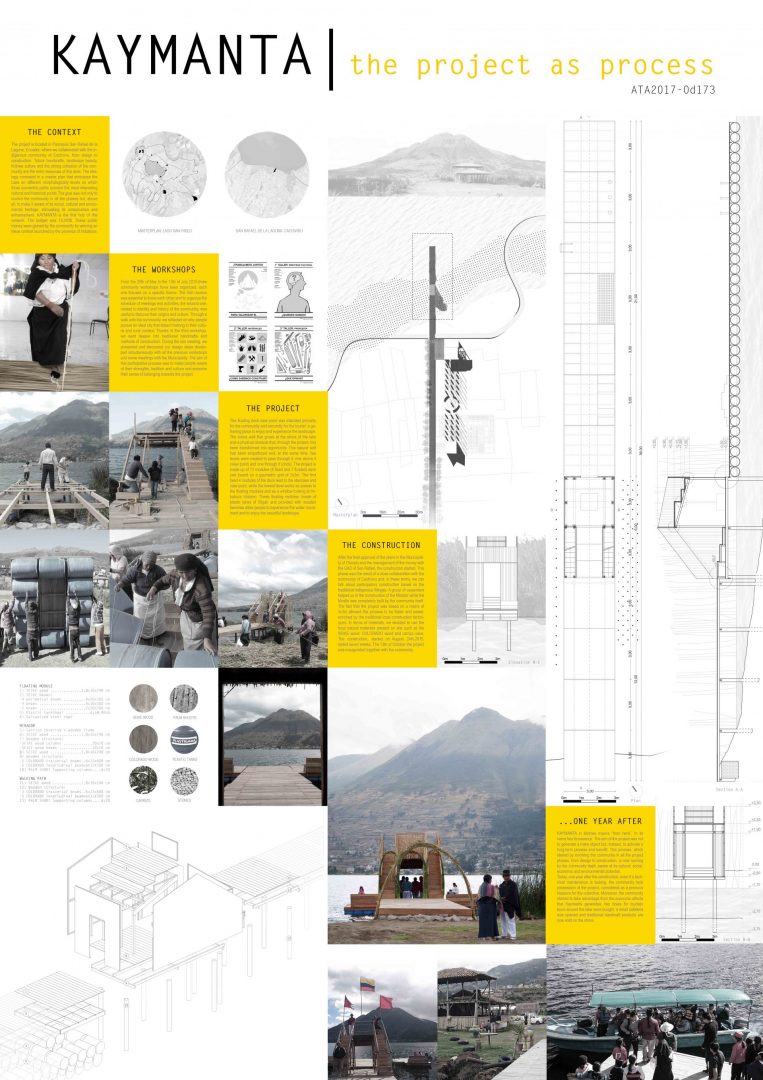