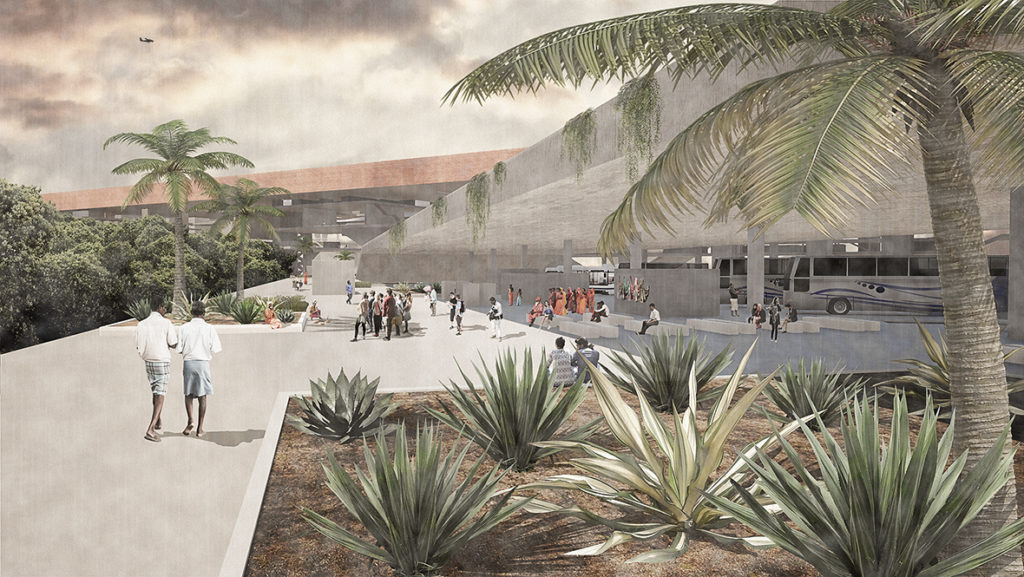 India plans to organize the Olympic games in 2036. Meantime, the country is one of the most engaged into the development of a new transportation system: the Hyperloop. Instead of being concentred in New Dehli, the various Olympic sites will be spread in many cities through India and linked with the Hyperloop. This organization aims to make this event more popular and to support the brightening of sports in the country that counts the second largest world population.

The “Island Ground” is located at the heart of the city of Chennai. As we observed it on site, it’s nowadays for its 2/3 a military area but should become free of any occupation in a few years. Many modal flows converge to the island but are not connected each to other. 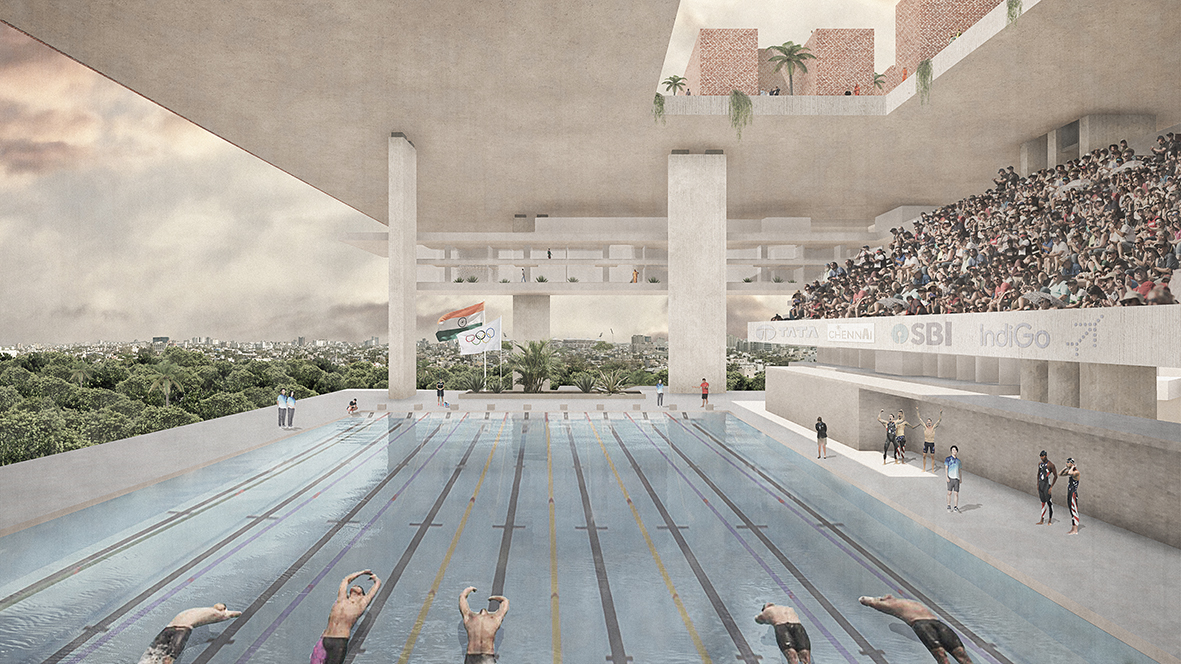 The challenge is to design a multimodal platform, link between local and global, mixing residential and sports facilities for the Indian decentralized Olympic Games of 2036. The mixed-used program is based on a multimodal platform with an Hyperloop station for passengers and a freight terminal, an urban train station, a bus station and a carpark. In addition, sports facilities for tennis, swim and 400m run. Life programs such as a formal market, catering and leisure areas, an hotel, TV studio and room for offices are spread through the building. An area is intended for the holding of temporary events such as fairs. A village regroups the accommodation for the athletes during the games and then for the local population. The shape of the project is the result of the transportation flows going through the island. The various programs are articulated in three rectangular entities. The main one is aligned with the central station. It’s made of continuous horizontal and inclined slabs. The whole is crowned by the Olympic village. The reversibility of the installations must allow the reinvestment of the spaces by new programs and thus ensure the durability of the building after the Olympic Games. Forest, air and water promote a pleasant climate in the building. Water provision and waste collect is a daily problem in India. To ensure that our project does not put a strain on the city's water reserves, it has its own water tank to supply the public facilities of the building. 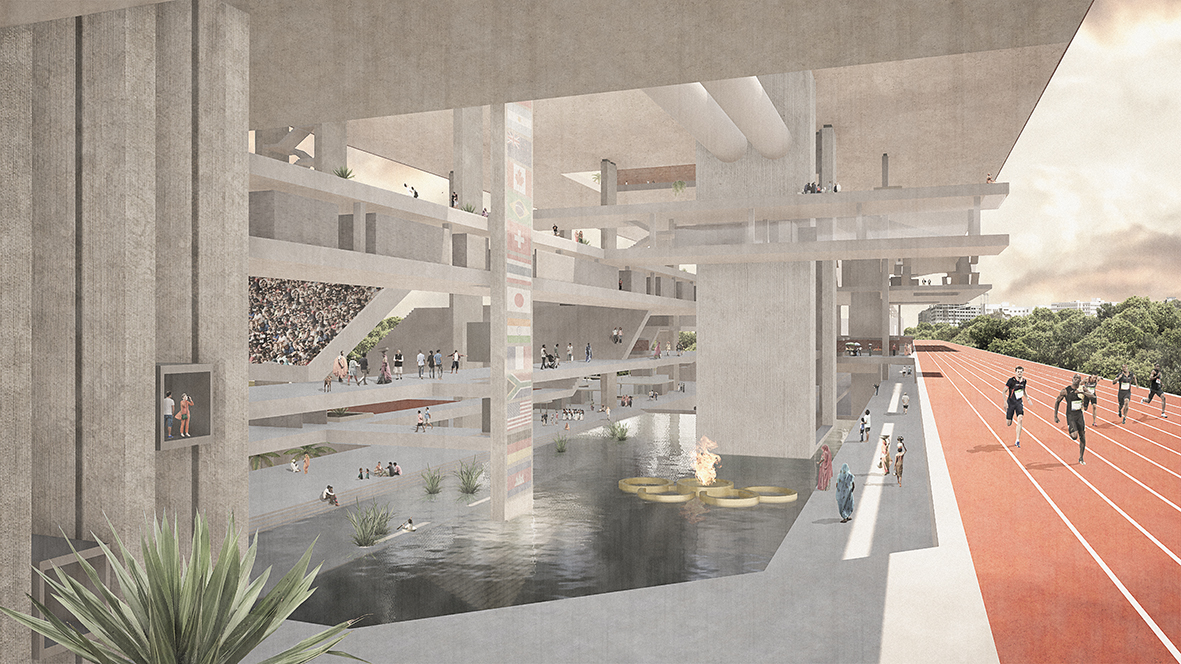 Also, each dwelling of the village has an own water tank. Rainwater is collected from the roofs. A water treatment plant allows the infrastructure to operate in a closed circuit. Waste is collected and shipped via Hyperloop freight for treatment outside the city. Some facilities such as stadiums will be permanent and will provide the city with spaces that can host competitions. Others will be transformed after the Olympic Games, such as the swimming pool which will become public or some tennis courts which will be transferred to public area. The housing will be for the local population. The questions of the parcours, the landscape, the porosity and the integration of vegetation are at the centre of our reflection. The air porosity of the designed spaces as well as their elevation from ground level favours natural ventilation and the comfort of users and residents. Located in a dense tropical forest in order to strengthen the green lung position of the Island Ground in the city, the project is not only about to design an infrastructure, but also about creating a real place to live, meet and share at the heart of Chennai.