Intertwine – alternative for the future

“There is no doubt that a lack of land sales by the administration under former chief executive Donald Tsang resulted in a housing shortage.” During the past decades, it was prevalent to see dense cities like Hong Kong suffer from ridiculously high price in housing, where the new generations couldn’t buy a property until they are 40s due to the lack of land issue. Yet Intertwine is an housing experiment which aims not only to provide alternatives for future living, but also create a self-sustainable housing prototype.
The proposal was to challenge whether slope is friendly to do a housing prototype. It aims to utilize every sloping condition and provides necessary programs not only for the reside 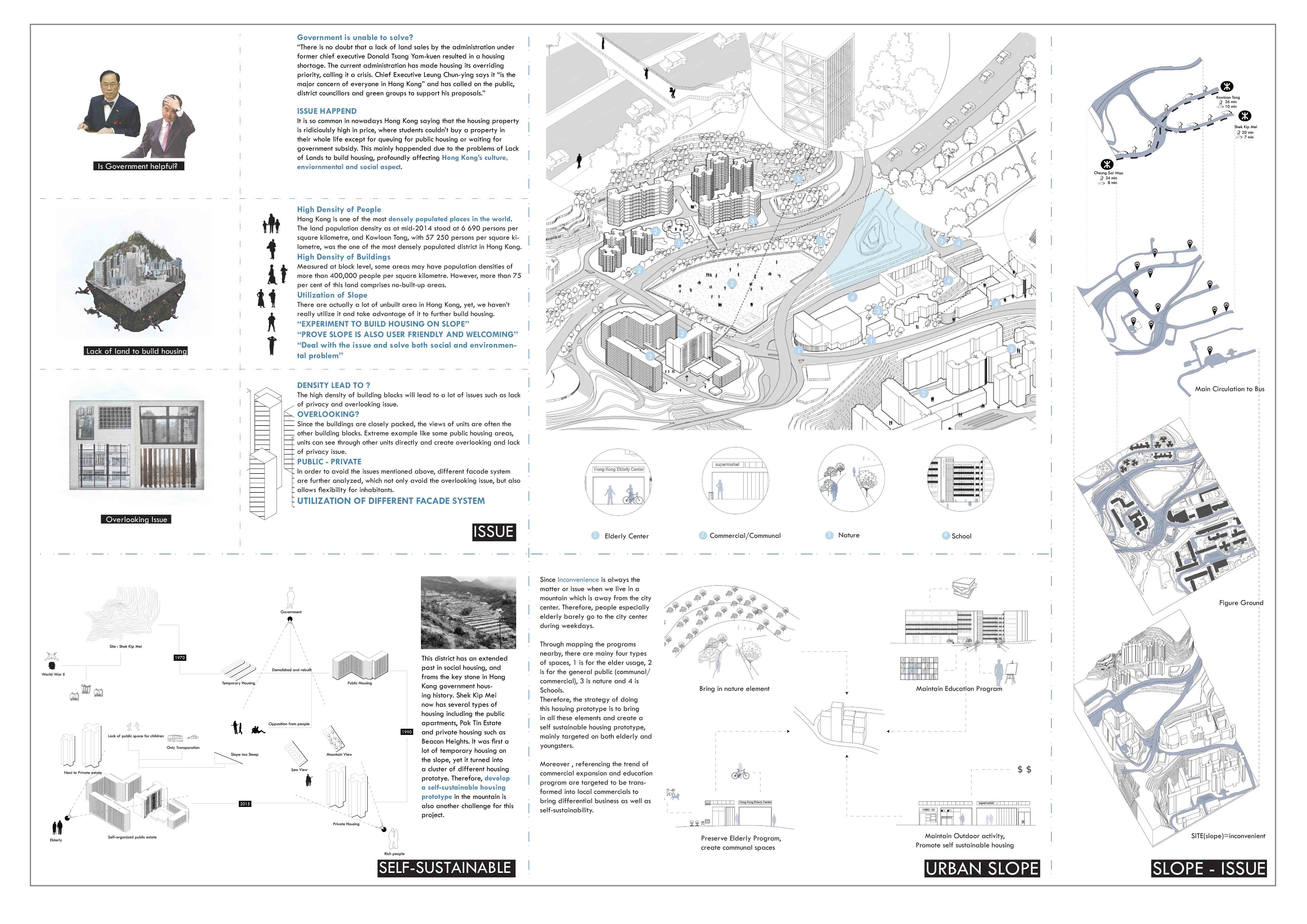 “When various points come to a center” Having the same catchphrase of the interlace - OMA, intertwine does also share some similarities of this well-known architecture.”Intertwine has a deep interest in society and global condition. Every turn, every view and every angle of the intertwine do provides a unique experience of the nature, community and space. It not only stands out from Hong Kong’s typically vertical and isolated apartment towers but also explores a dramatic approach to tropical living. The interweaving network of living and functional communal spaces together with natural environment are also on of the most significant features. Ideologically speaking, intertwine aims to create an imaginative of spaces, a harmonious interweave of man and nature, and a vibrant interaction of community of privacy. Intertwine is not only a housing project, but also providing alternatives for the future. It lifts the whole ground floor spaces for public or necessary communal programs. It was formed based on the maximum walkable angle for the users. Every sloping conditions are well designed. Research had been done so as to allow the landscape and design move smoothly. Different angle are suitable for different programs. Thus, the programs are designed based on the needs/demands of the inhabitants. For example, 30 degree of sloping conditions can create public auditorium and 5 degree is a suitable for an elderly park. 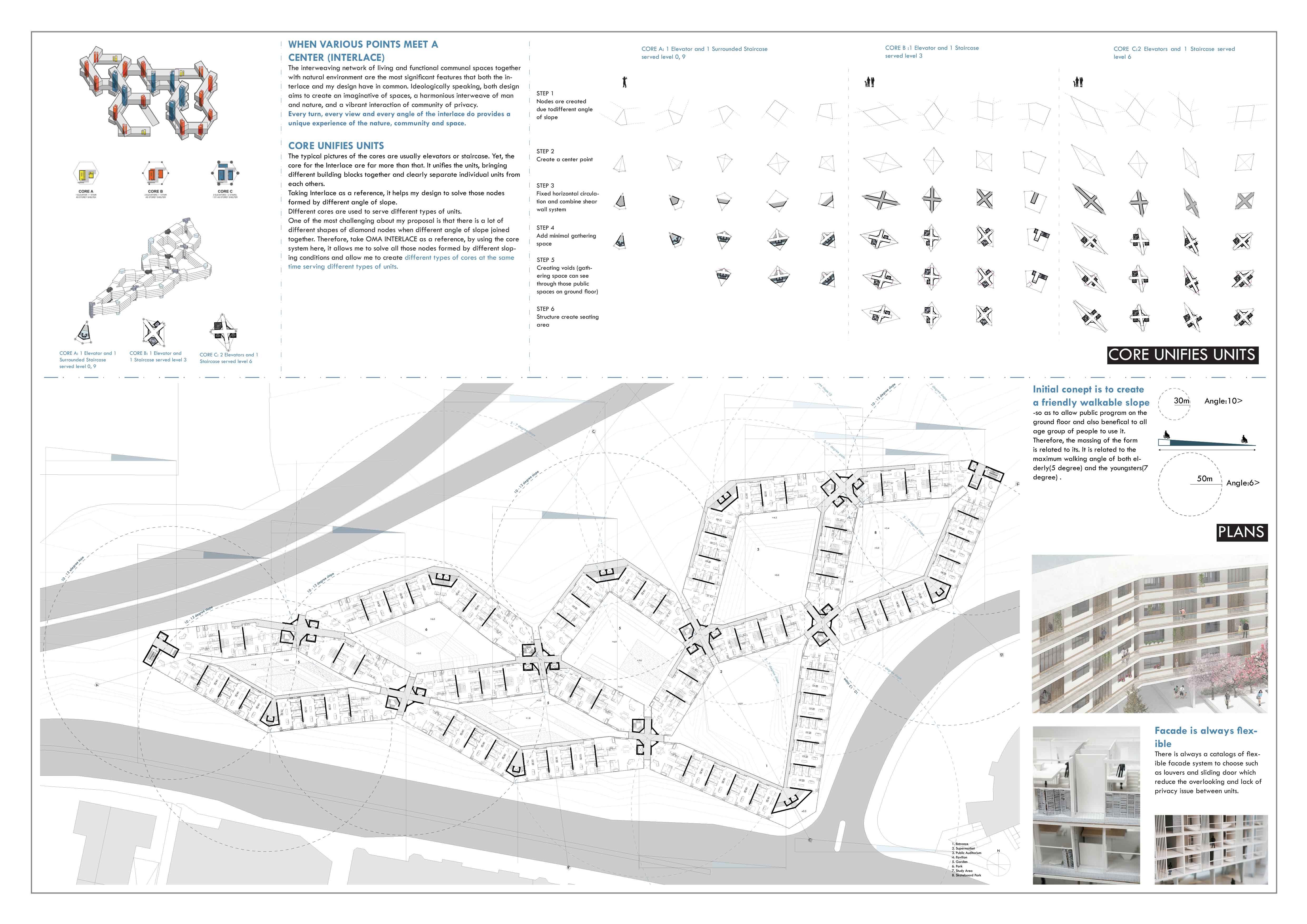 “Core unifies units” By using the core systems, different units were created. It serves different user groups through different cores. Yet, these cores share the same idea. They limit the horizontal circulation between units to allow the most efficiency layout plan while encourage people to mingle mainly on the ground floor space. Core lobbies are not only naturally lit and ventilated, bringing daylight and fresh air into common areas, but also serve as a minimal gather spaces between units so as to maximize units area. Intertwine is an experiment that provide alternative housing prototypes of the future, not only utilizing every sloping condition to create necessary landscape programs, but also serve the district. 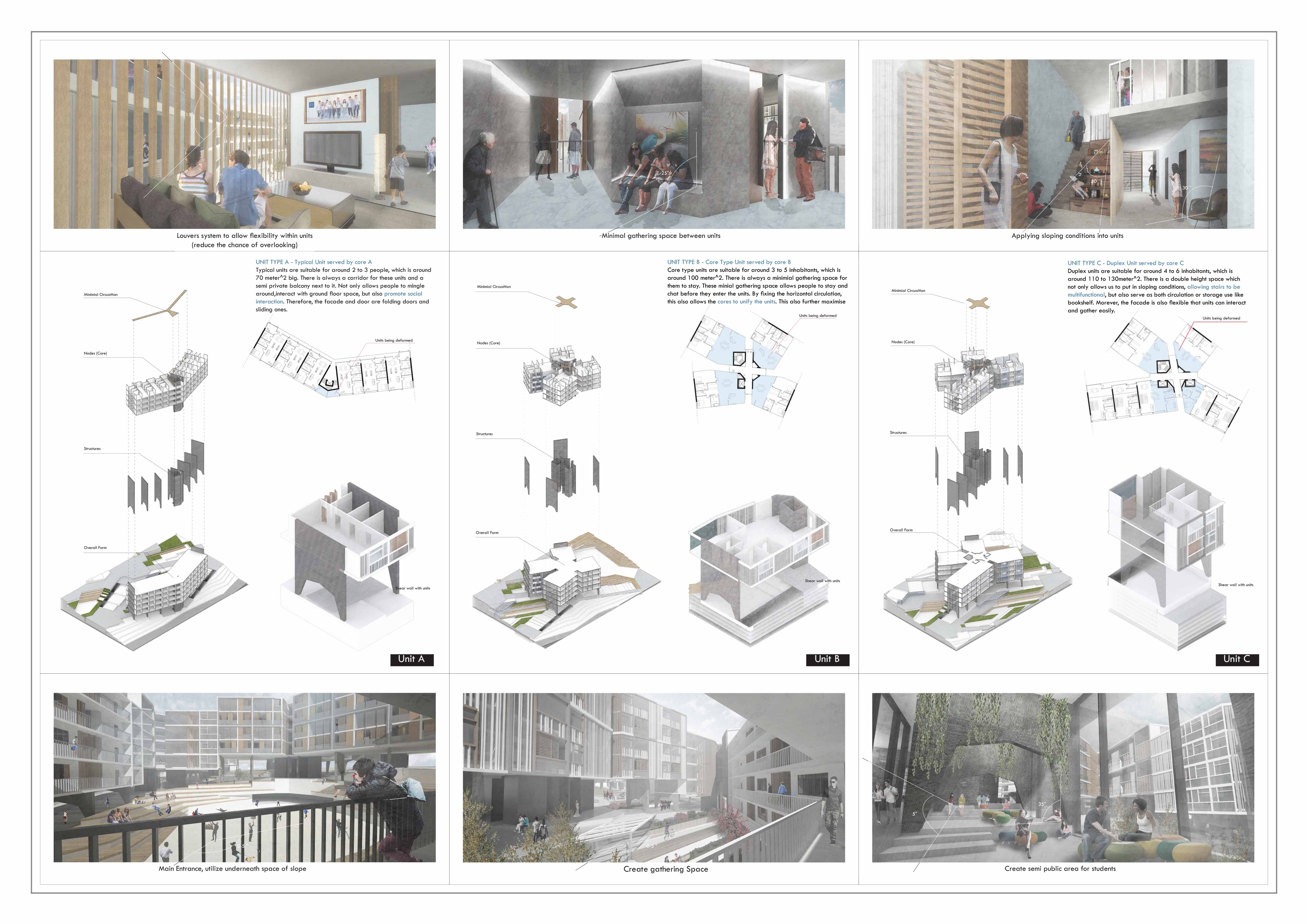 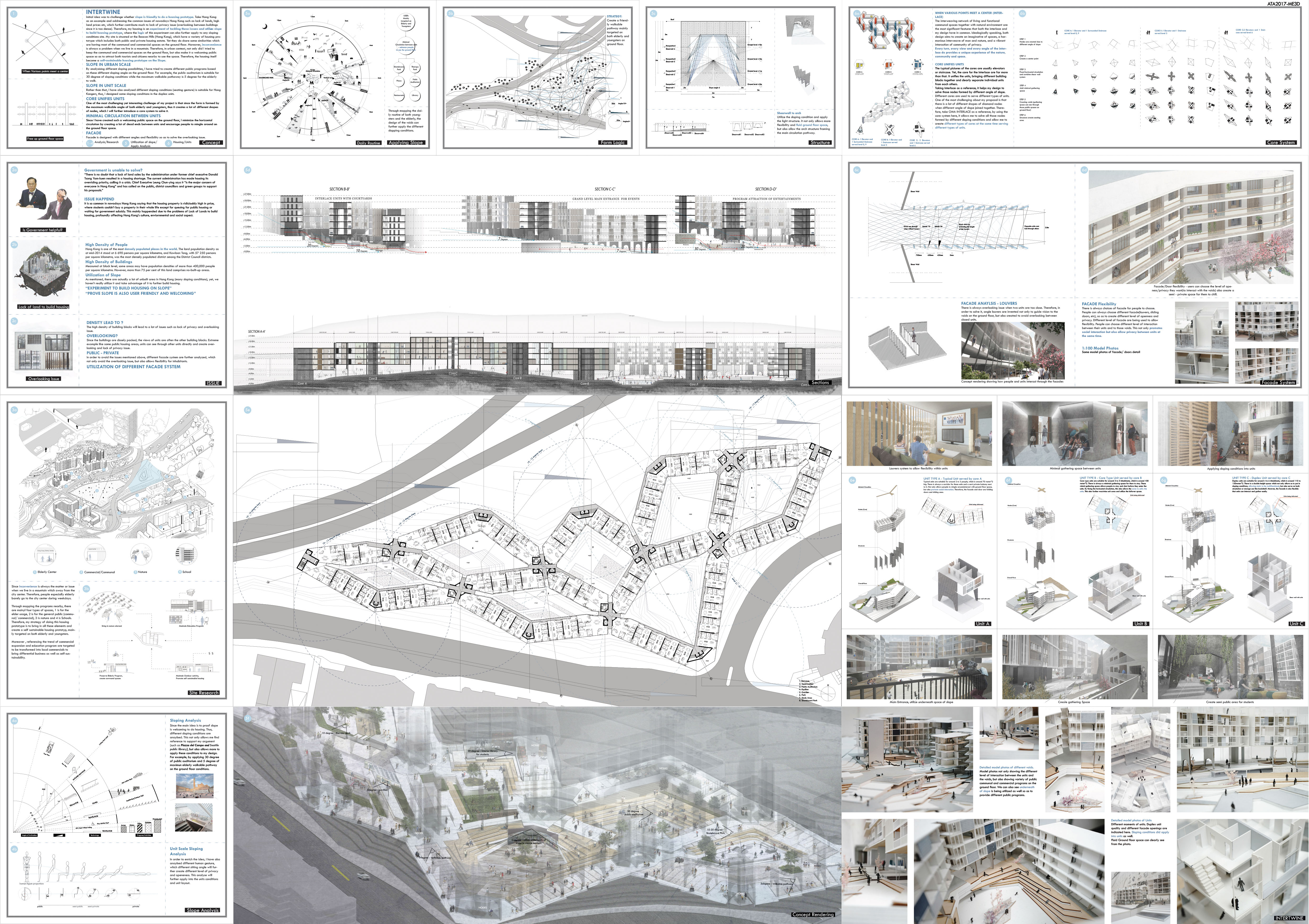