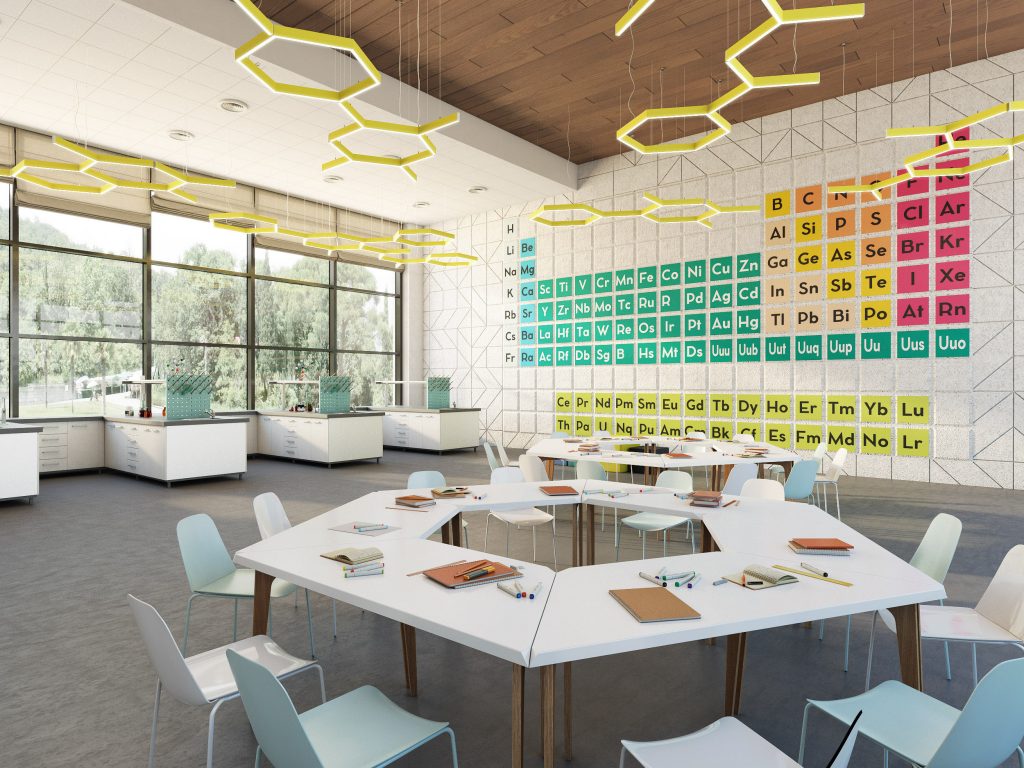 This project considers renovation of interior design of the Children Educational Center “Sparrow Hills” (Moscow, Russia). The interior design has been developed at the level of two main blocks: special classes of additional education and multifunctional recreational spaces. For this purpose, the area of the natural sciences of the Educational Centre was chosen, specifically: Planetarium, Astronomy and Astrophysics classes, Information Technologies class, classes and laboratories for chemistry, and recreational areas and communicative spaces. 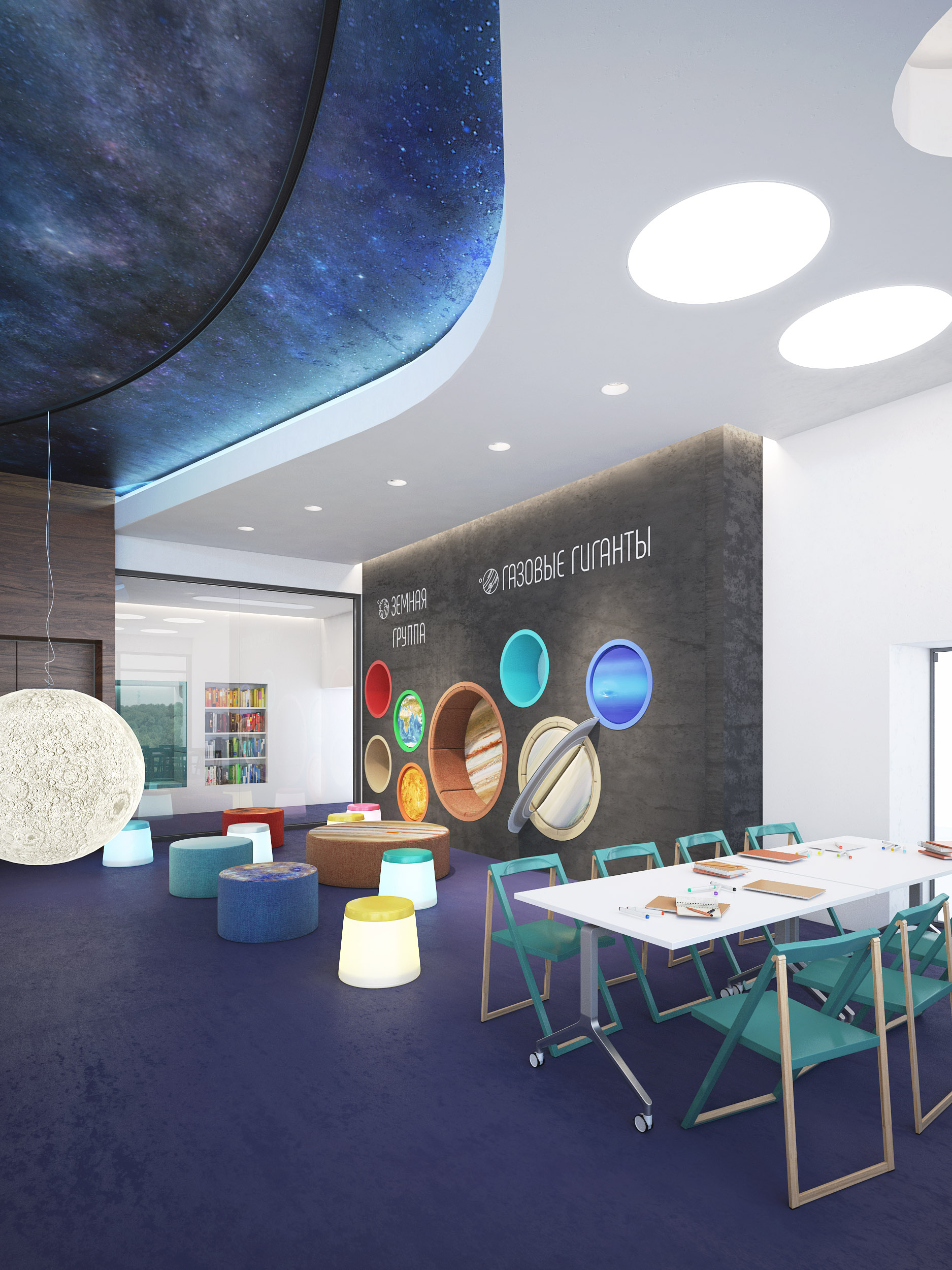 When designing the Planetarium, the task was to create a multifunctional educational space. During the lectures, students are placed on bright poufs of different diameters, depicting the planets of the solar system. Puffs are stored in special niches in the wall, thus forming a visual material for the distribution of planets according to planetary groups (Earth group, Gas giants). Additional seats are obtained in two soft niches (Jupiter and Saturn). When the pouffes take their places in the niches for storage, the lecture zone can be turned into a game space. The lecture zone is equipped with spherical projector. With the help of a special application, it can display animated models of planets, stars, sky maps, images of galaxies and other materials. The projector is attached to the guide system, which will move it, if necessary, in the hall space, both vertically and horizontally. Other exposure models can also be attached to these guides (for example, models of satellites and space vehicles). 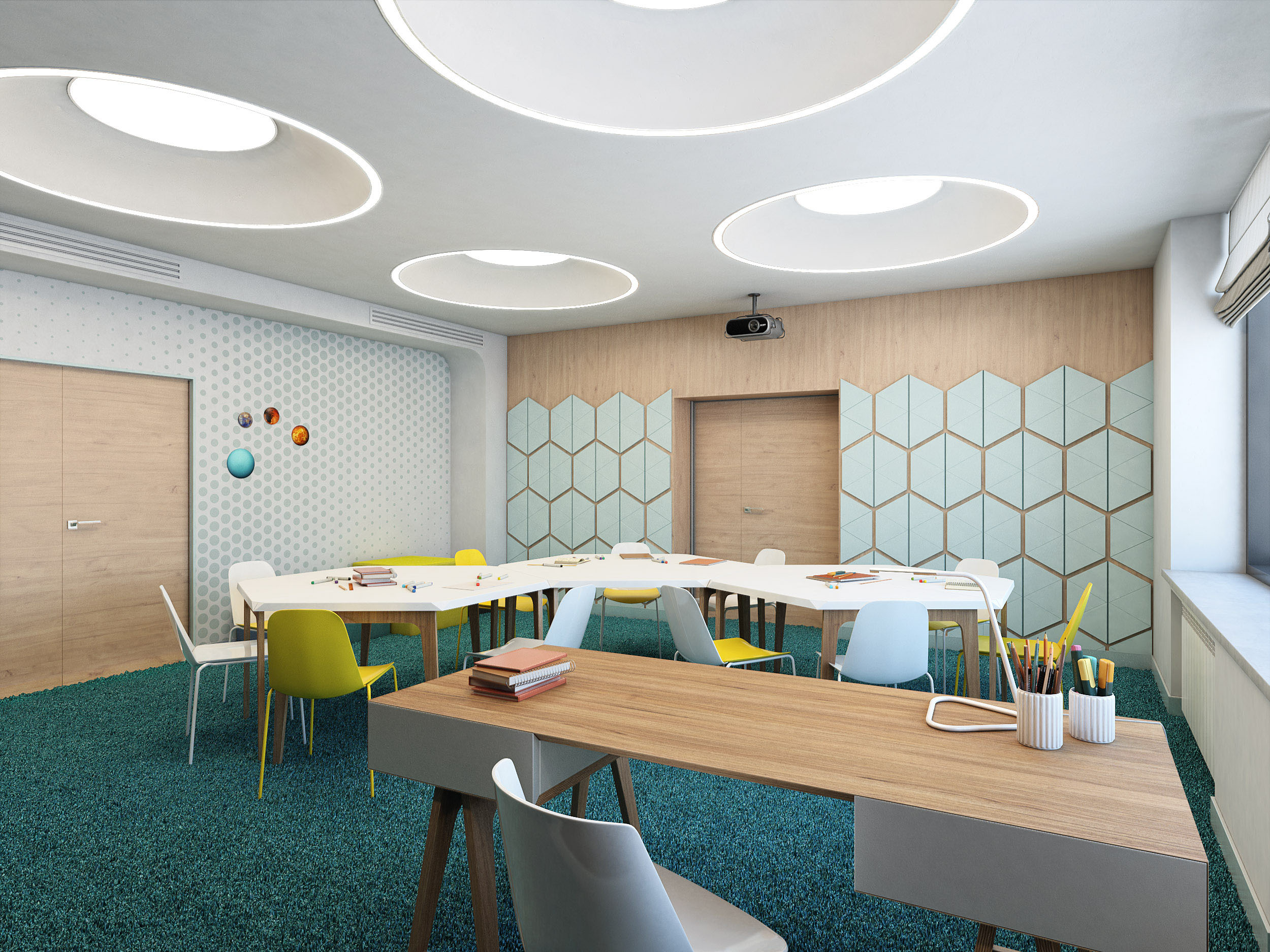 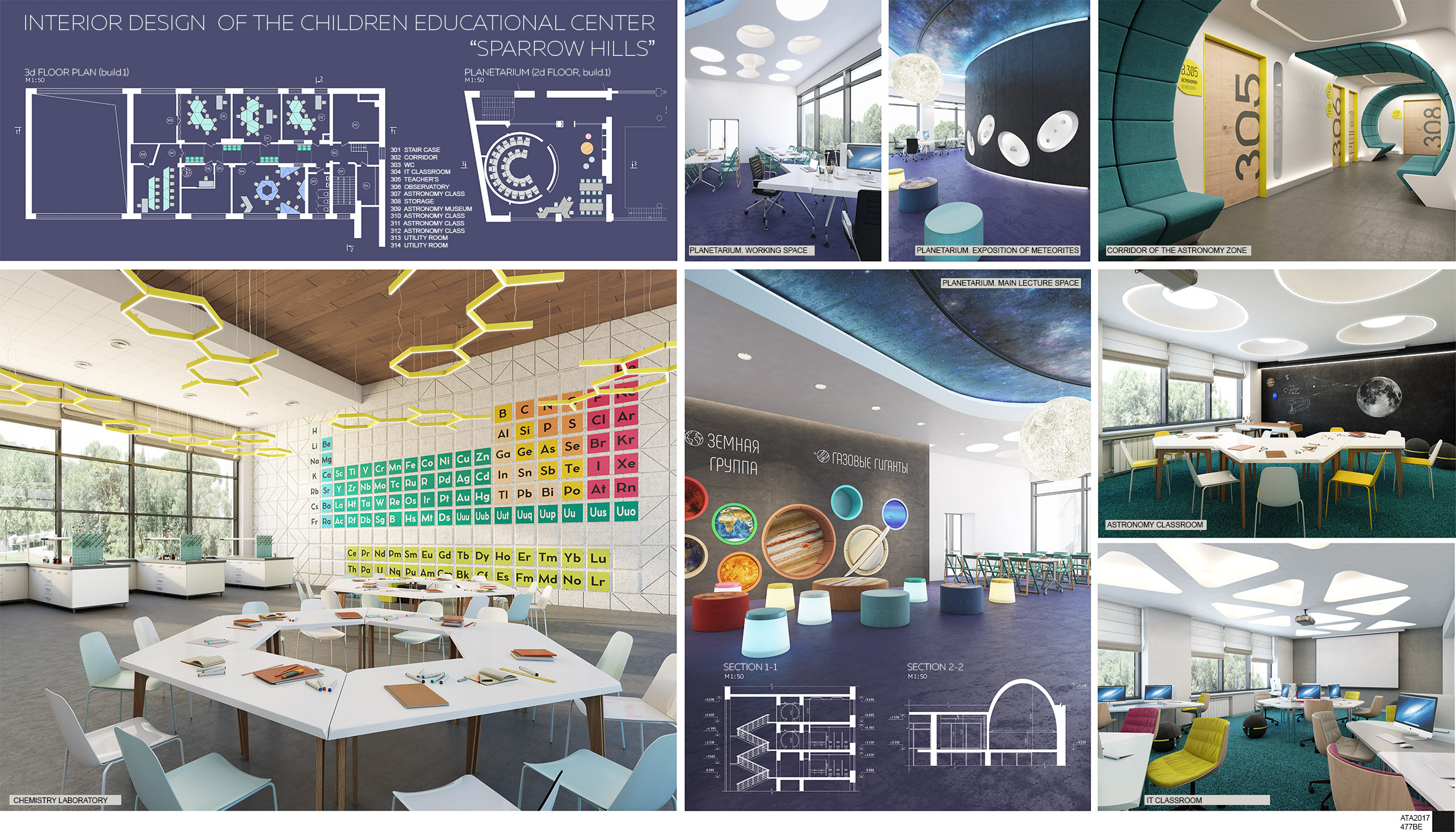 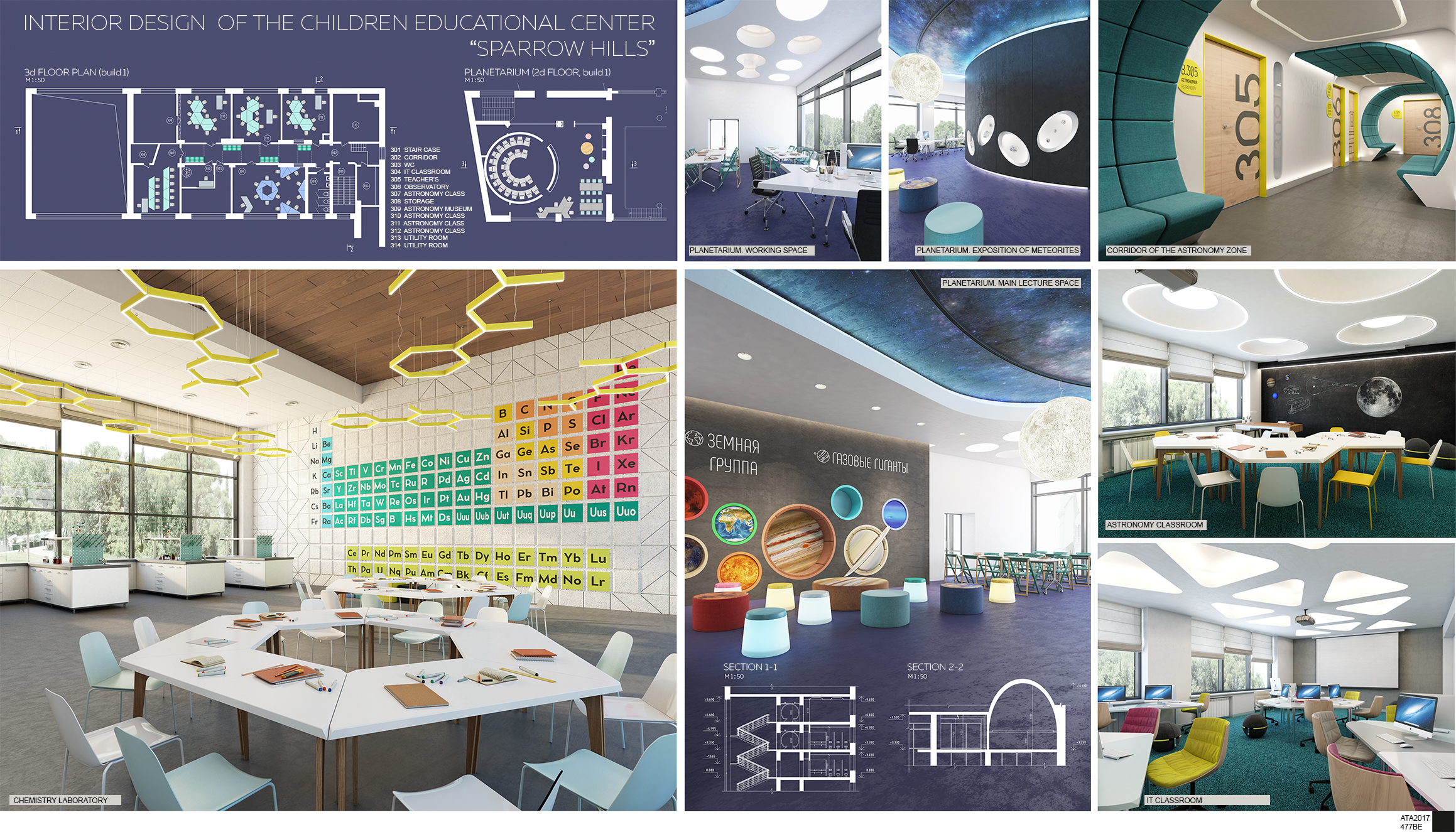 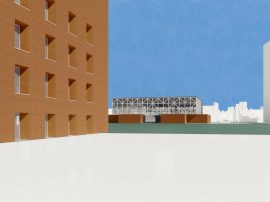