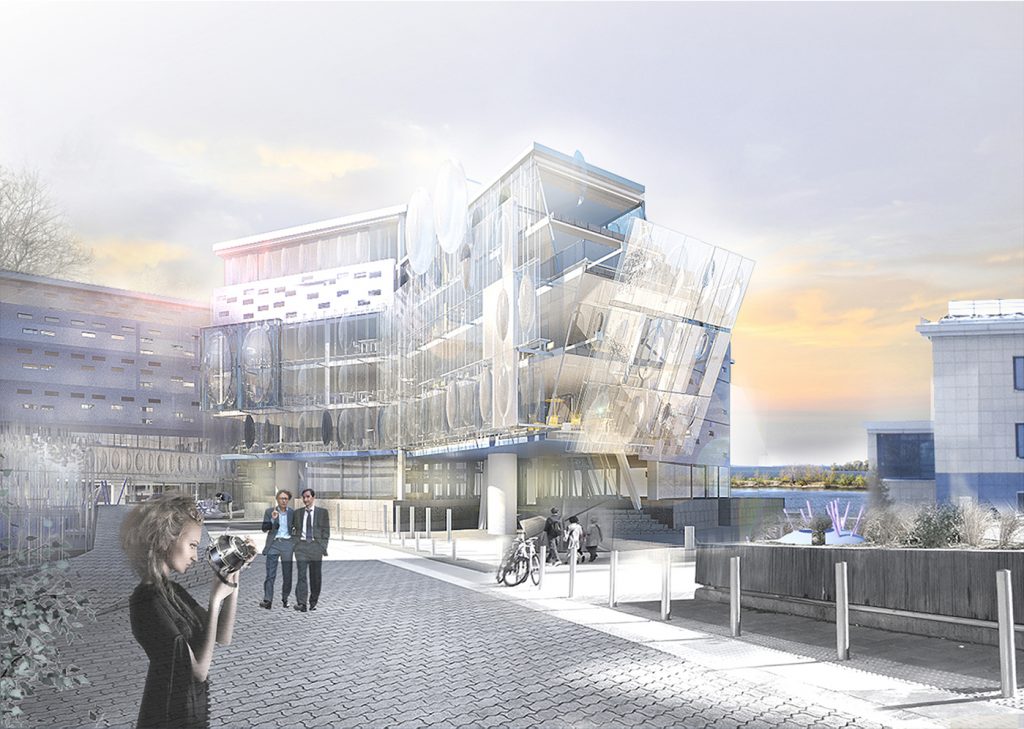 The «Hydrological cluster» is the new typology of the scientific-educational complex dedicated to one of the global problem – water sources depletion and world ocean water level changing in New Age.
The hydrological cluster is located at the Kazan Volga river port site, which characterized context and urban axes diversity.
Biomimicry is one of the modern ways of response to global environmental problems. The project offers a decision of water treatment and management through architecture. The card of innovative biomimetic elements, which mimic hydrological and geological objects in forms and technologies, was created. It is the universal constructor, which could be applied to create other environmental and innovative projects.

The hydrological cluster is located at the Kazan Volga river port site. Long ago the site context was differed by natural systems diversity – there were fields, meadows, swamps, geological elements. «Fitopark» have disappeared after hydro-electric power station construction - the river water level has risen and caused flooding and pollution of the site. The project offers a decision of water treatment and management by architecture. Biomimicry is one of the modern ways of response to global environmental problems. It was created the card of innovative biomimetic elements, which mimic hydrological and geological objects in forms, the ability of natural resources rational use and adapt to changing of an environment. There are landscape elements, construction elements of interior and facade elements. For example, singing fountain, water-collecting scapes, hydras, chameleons, etc. Landscape elements mimic to natural systems and allow regulating a water level in drought and floods conditions. «Glass aquarium» consists of the different smart front panels, which use water and moisture smartly, provide natural ventilation, regulate a light amount, modify sunlight and moisture to energy, etc. Interior structures process water and moisture smart use, water collecting and purifying, air humidity normalizing, natural ventilation providing, reverberation time changing, etc. It is the universal constructor, which could be applied to create other environmental and innovative projects. 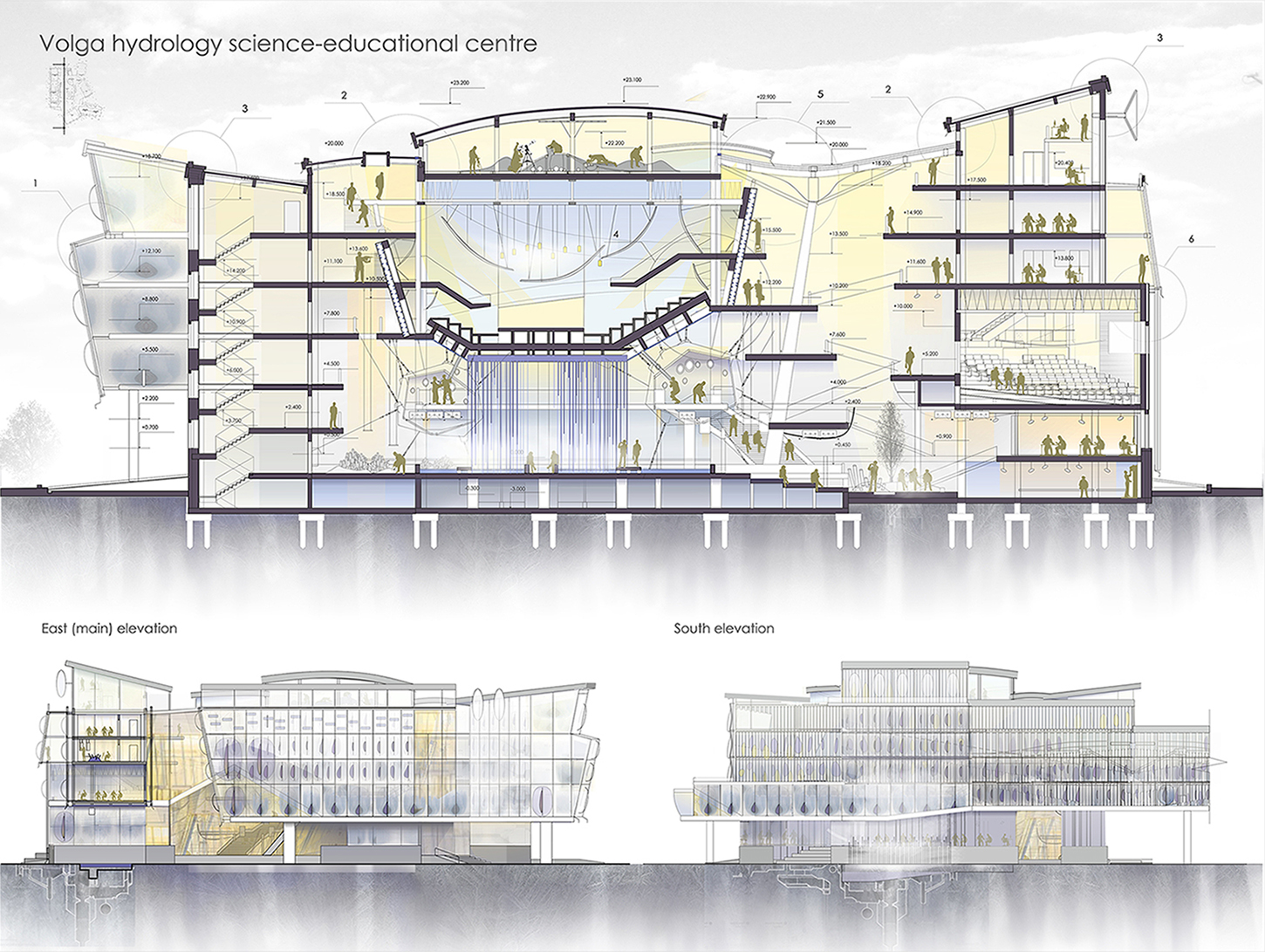 There is a fairy tale about the water collection and water treatment possibility by architecture. Like alchemists, allegories of natural landscape shapes and forms overwhelmed the Volga Hydrology Centre interior. It is a model of absolute biomimicry of the future technological singularity epoch. If living organisms managed cities, they would arrange a noosphere, optimize an urban environment. Firstly, they will manage urban clusters and then the whole city and its resources. However, the fairytale is real - all solutions are proved constructively. The complex has frame system with ventilated double-hinged facade and fabricated eco-panels, which meet energy efficiency requirements. There were used wall of foam concrete blocks, Rockwool efficient insulation, Knauf Aquapanel, E-glass, Arch-Skin ceramics, granite, steel. Knauf Aquapanel is used in high humidity conditions. There were used active and passive energy-efficient devices. Volga Hydrology Centre demonstrates cluster technology specifics. The new typology of scientific-educational centers. The special institution dedicates to water resources phenomenon, at the same time, it has the number of universal rooms. On the one hand, the Volga Hydrology Centre has a specific site, program and solves everyday problems of Kazan; on the other hand, it is a utopian idea of the co-evolution of the city and the biosphere, idea of absolute cyber ecology or biomimicry, which could occur in 2030. 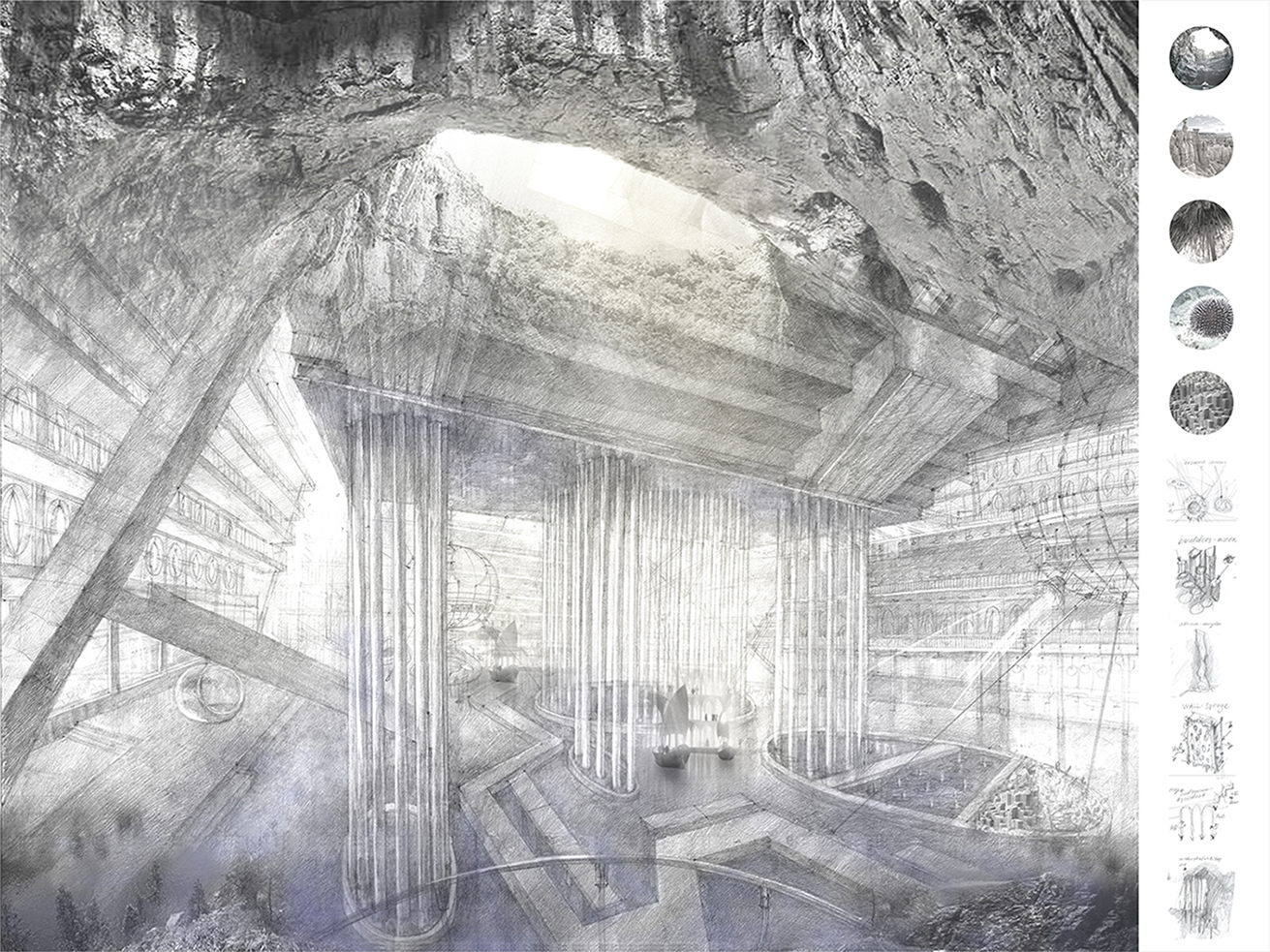 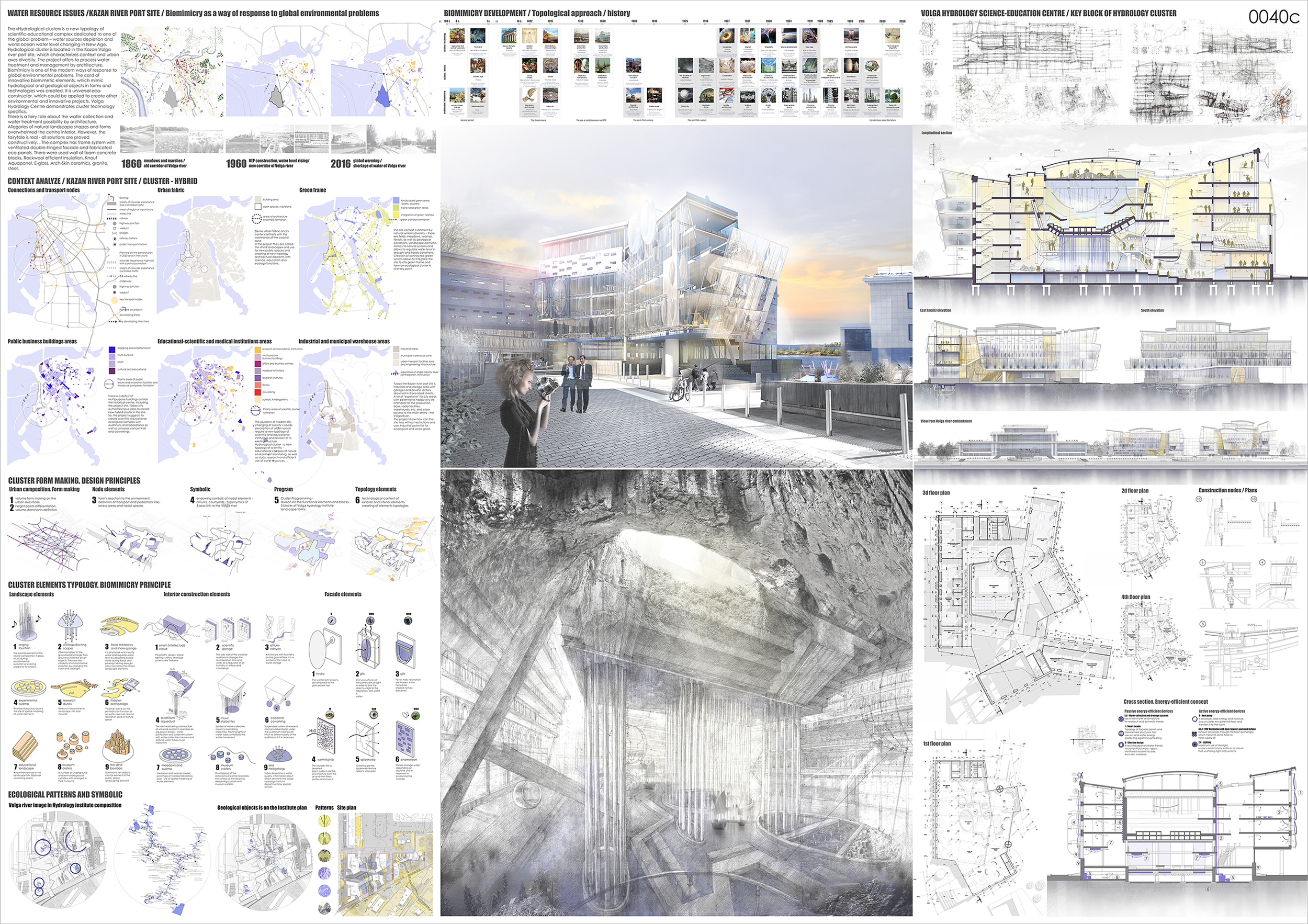