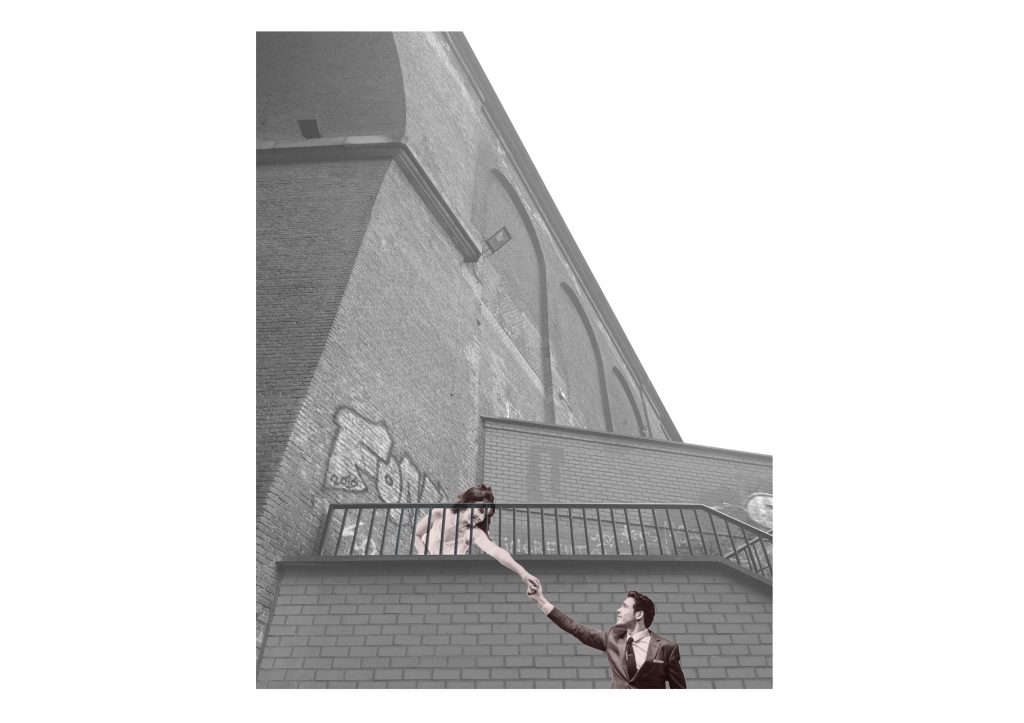 This project want to reconnect two parts of the city.

This project want to reconnect two parts of the population

This project want to bridge the distance between two places.

This project speaks about an empty space.

This project speaks about a full space. 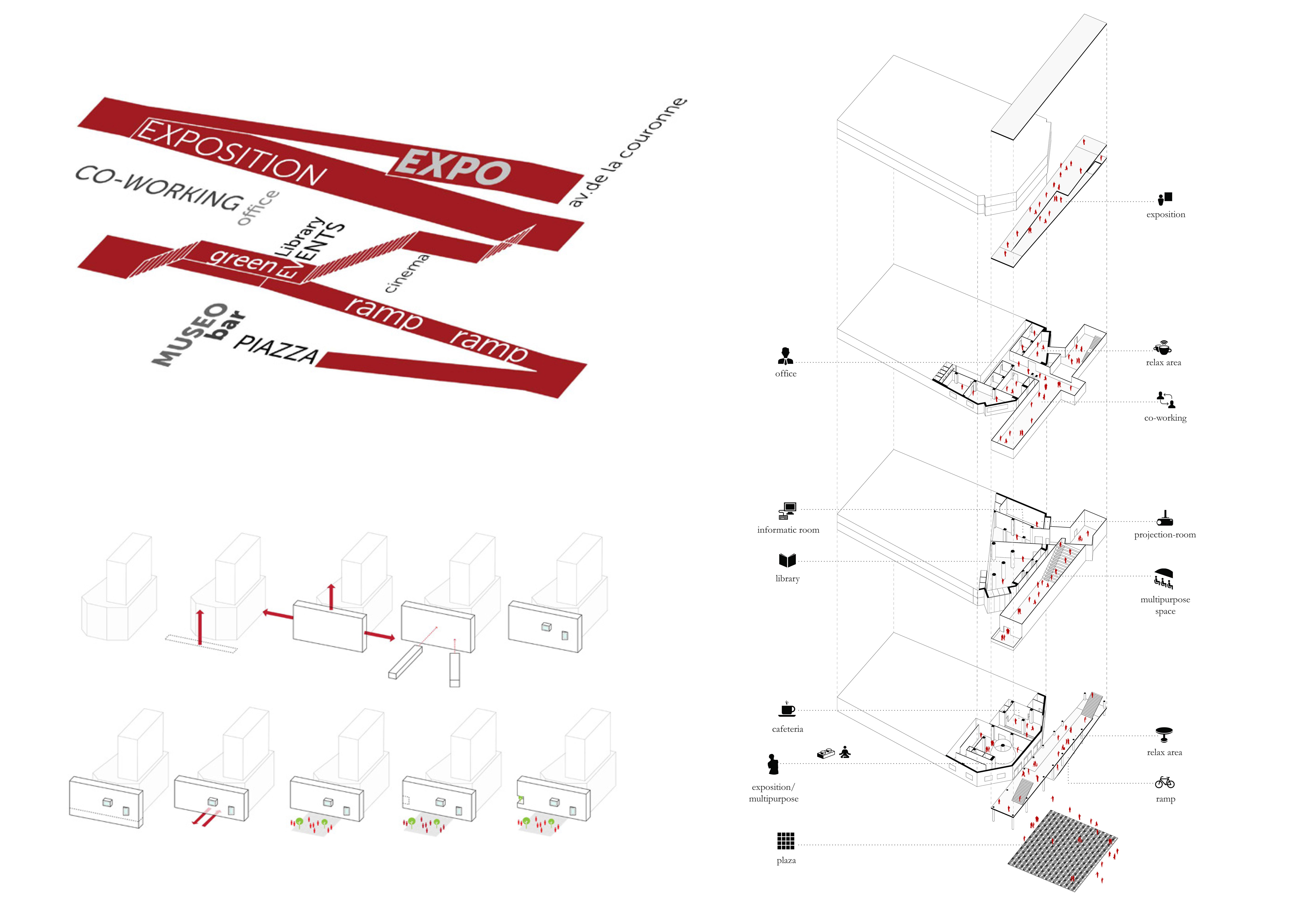 1.CONNECTIONS/
This project arises from the necessity and the opportunity to rethink an abandoned area in the municipality of Ixelles, In Brussels. The site is located on the border of two districts in a strategic point. Affected by gentrification, it is characterized by the presence of two bridges that create two different levels, this rapresente the first problem that needed to be solved.
People are the strongest power in architecture.
It is thanks to the people if architecture can live, can exist.
Architecture tells a story, buildings tellstories to the people that use, work or live in these spaces.
In this way Architecture become a“System of relationship”: in these places citizens start a continuing series of exchanges, collective areas, common interest and mix of different culture.
Doing this architecture takes life.
In away it is a circle: building improves the life of inhabitants and they valorize the importance of these spaces
The goal was to redevelop thearea, including inhabitants and new features that would encourage citizens to live the space to the full.
I focused on the project of a new building that could be connected to the preexisting one and at the same time could work as an “architectural promenade” between the various levels. 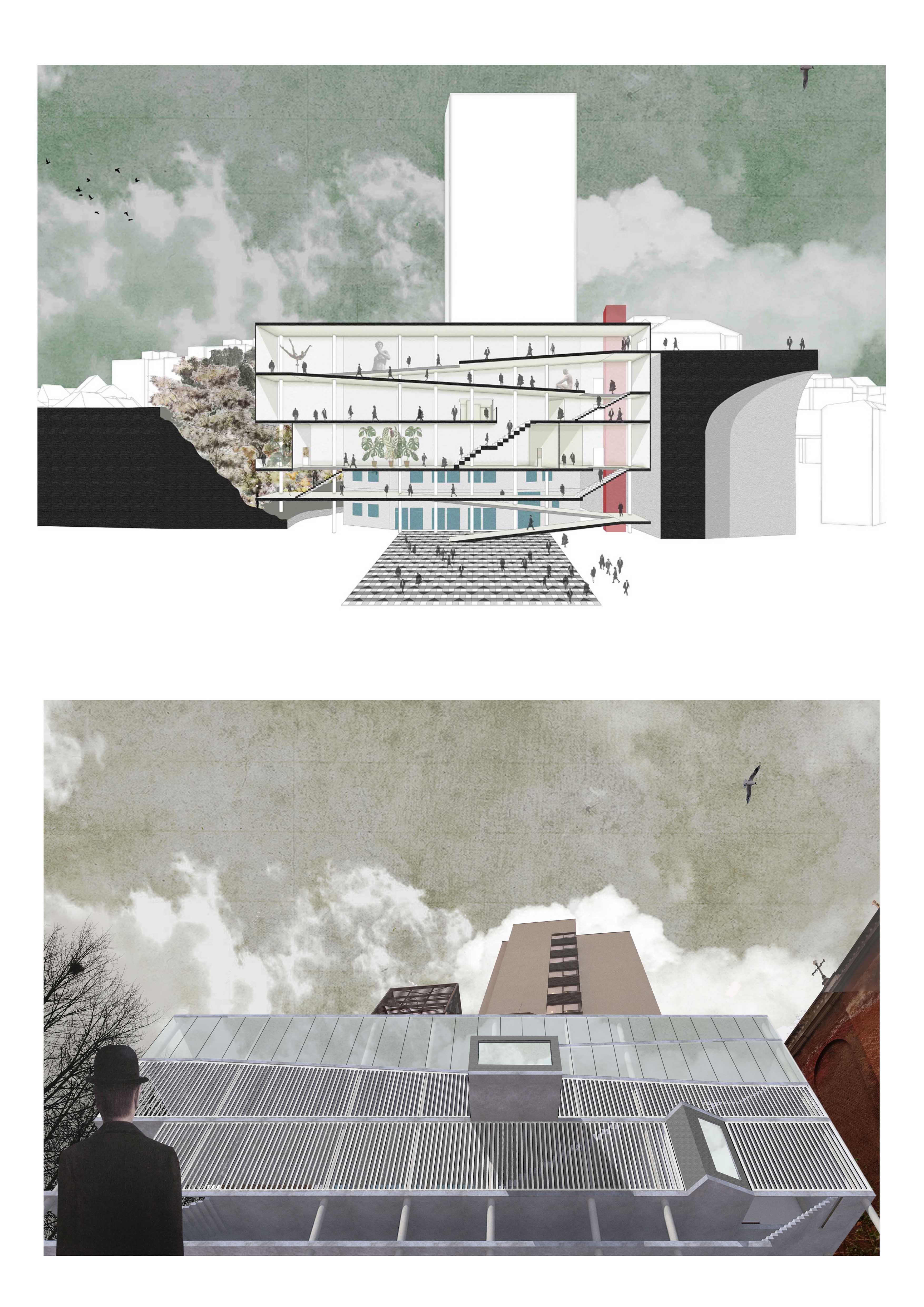 The result is a 5 floor building, long and thin, located in front of the old one and which symbolizes a new face; it is directly connected to the existing one: this connection is rectly connected to the existing one: this connection is not invasive, but realized in a specific point when new and different functions appear, such as a library, museum, computer rooms, exhibition spaces, bar etc. There is an exchange between the oldest building and the new one and vice versa: the first one can create the space needed to host new functions, while the second one can be the middle way to allow you to enjoy these new spaces and at the same time move from one level to the other.

Metaphorically, the new building can be considered the screen where you can show the activities of the city, the transparency of the facade invites citizens to come in, to walk into the building and discover new spaces, to stay some minutes or maybe some hours, to be part of something that was not there before.

I thinked a new Plaza for the citizens at the foot of the building, a common space were inhabitants carry out various activities.
I was interested in bringing people in the center of the project, and I think that the concept of “Plaza” is the best example of connection between people. We can learn something from this entity, I would like that this project tried to involve elements and aspects that we all can find in a Plaza to produce architecture like in the past we have always thought this common space. 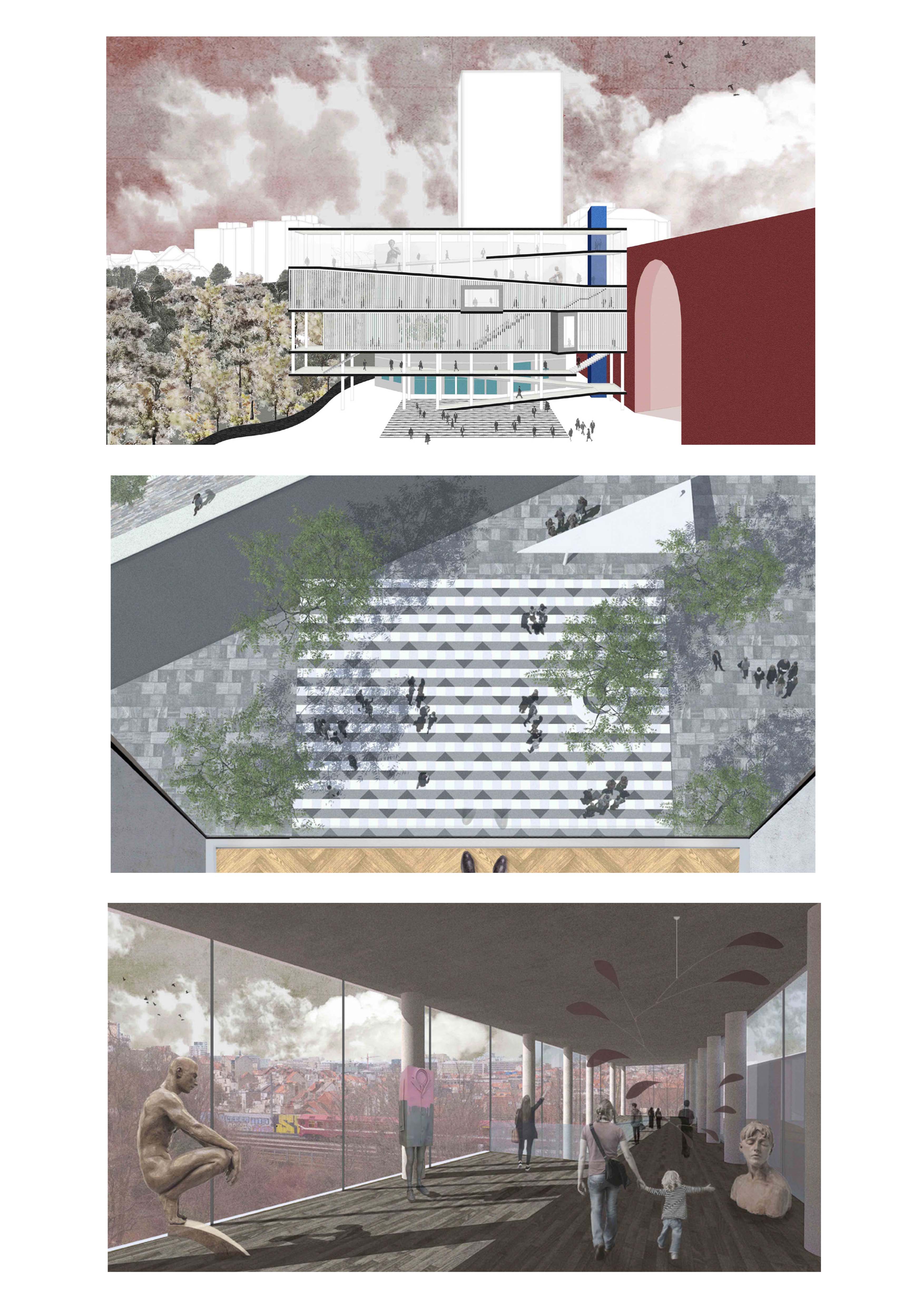 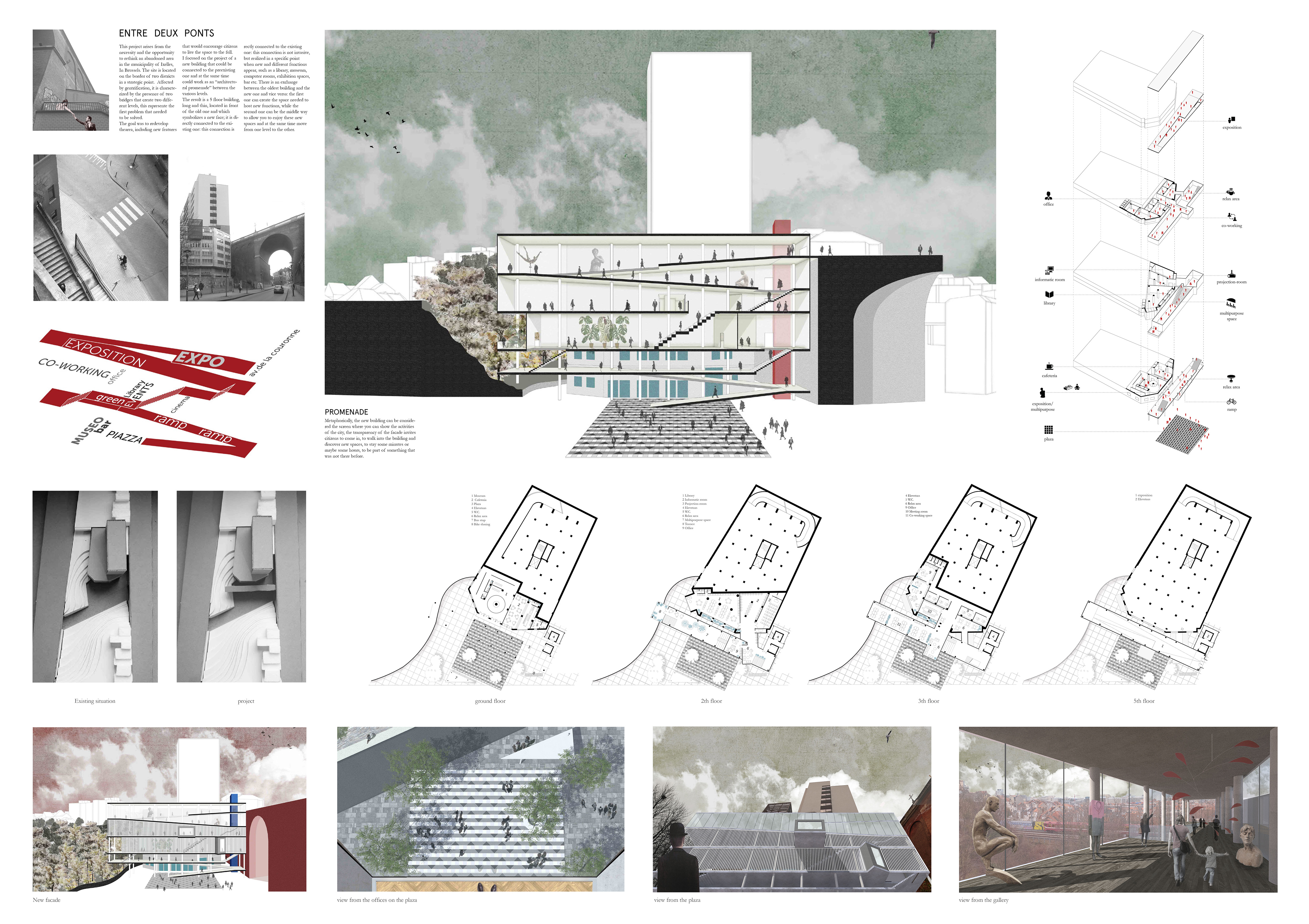