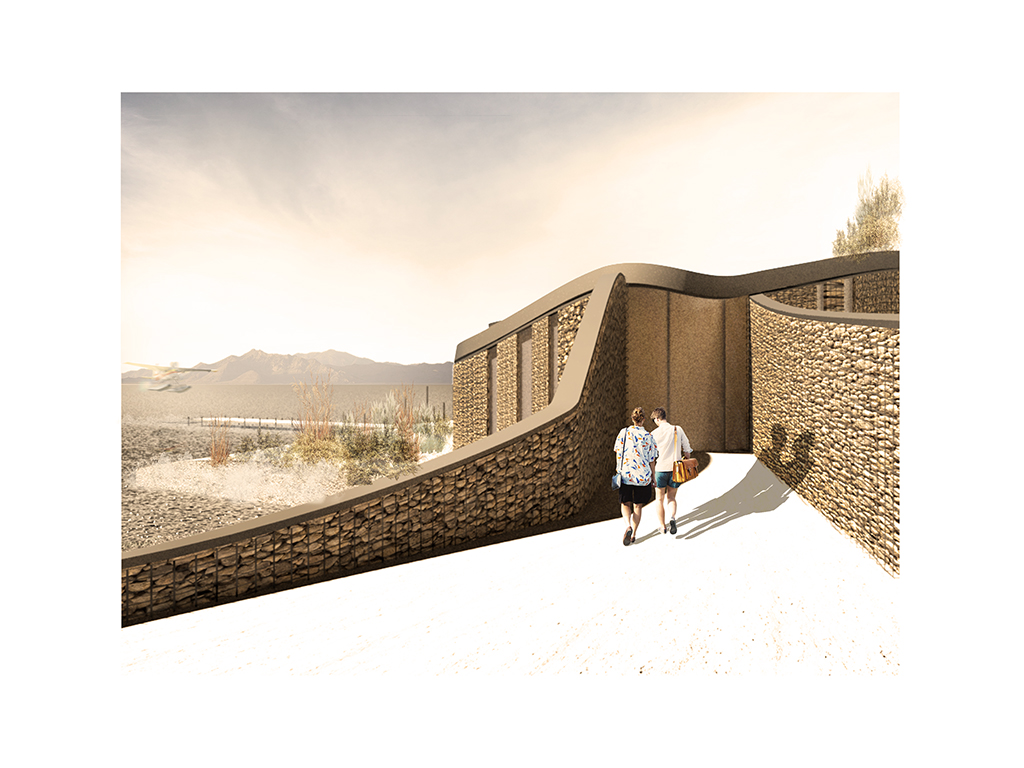 The present project attempted to discuss a contemporary example of the architectural paradigm known as digital regionalism. With this as a theoretical starting point, it proposed a regional waterway for the island of Naxos. A “path” in which emphasis was placed both on the medium as well as the result, with the final product being of equal importance with its production process. 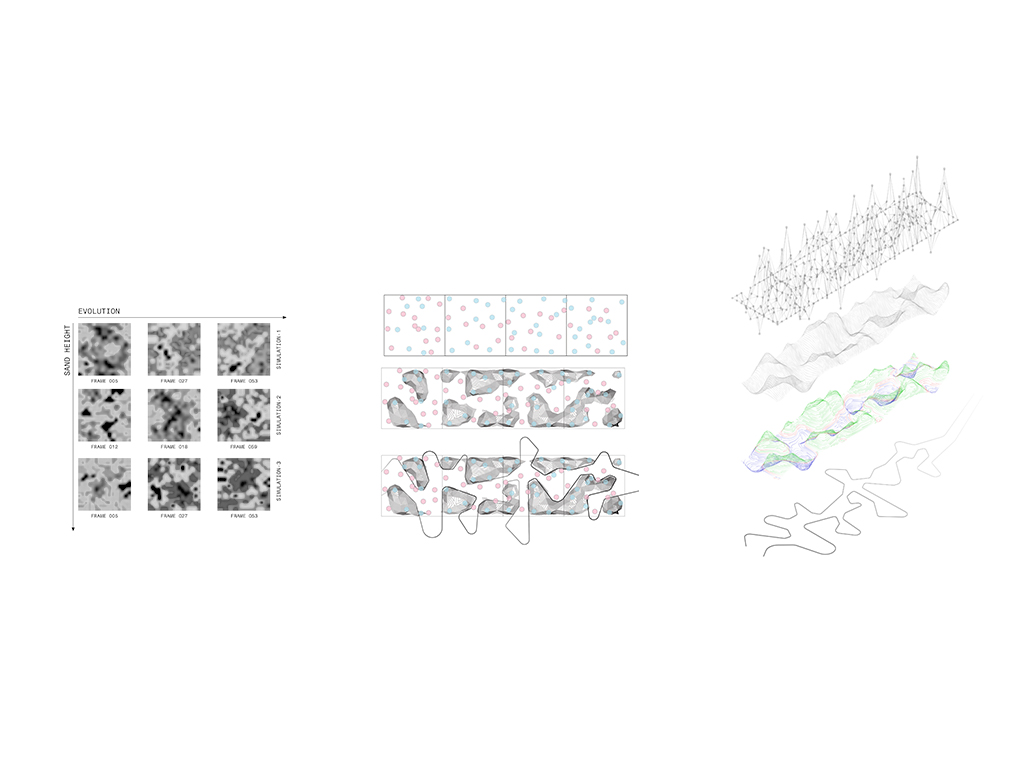 With the clear intention of converging digital with analogue reasoning, the synthesis began with the creation of an abstract machine. As part of this deliberate series of actions, "dunes" were chosen as a design stimulus, drawing inspiration from the windswept landscapes of the Aegean islands. After establishing their theoretical background and decoding their mechanism of production, an abstract structure of space creation and experience induction was designed that contributed to the synthetic process. At the same time, the Cycladic idiom was studied and incorporated into it - constantly distanced from picturesque and mimicry - trying to formulate a sincere and contemporary framework of Greek tectonics. Traditional stone wall and shipbuilding techniques acquired a new meaning, freeing the construction technique from the narrow confines of Euclidean geometry and at the same time putting forward the local element in the age of mass differentiation. 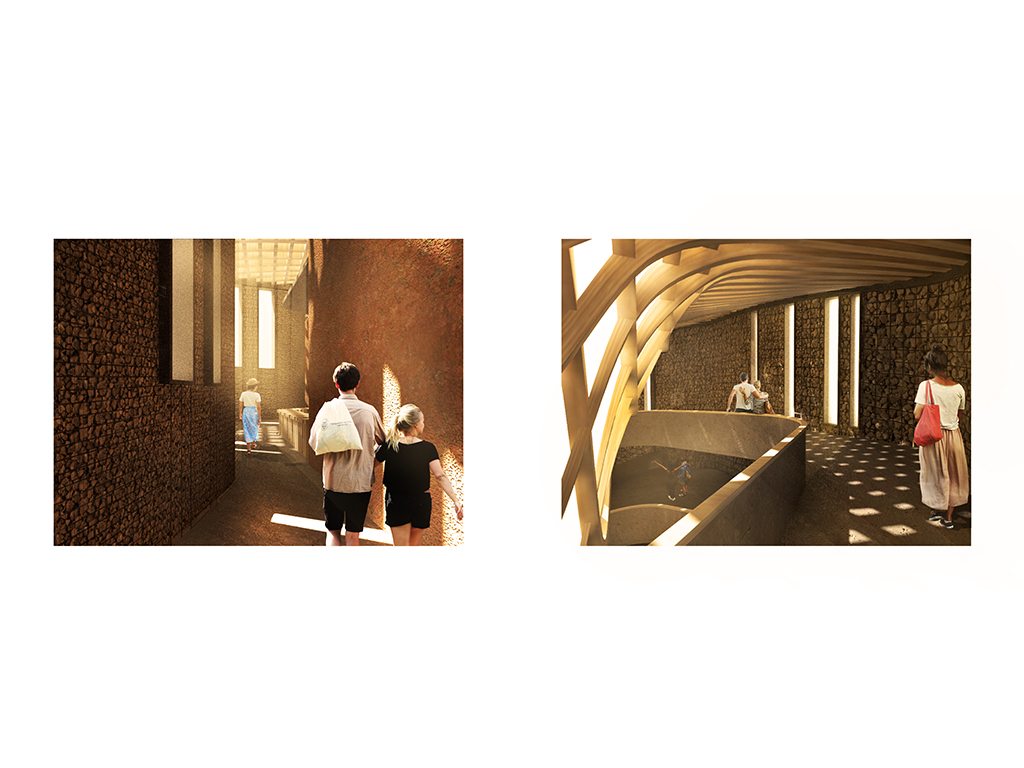 In this dialogue between the local and the global, the post-industrial digital craftsman, a theoretical construct that derived from the paradigm of late parametricism in and still remains the main link between screen and reality, played a crucial role. Matter, form, and experience have simultaneously shaped the end result of a building that integrates the traveler into a multi-sensory and multi-level experience. The receiving subject experiences the journey as a welcome or a farewell, a path of change of texture, emotion, light • a course in the Greek landscape. 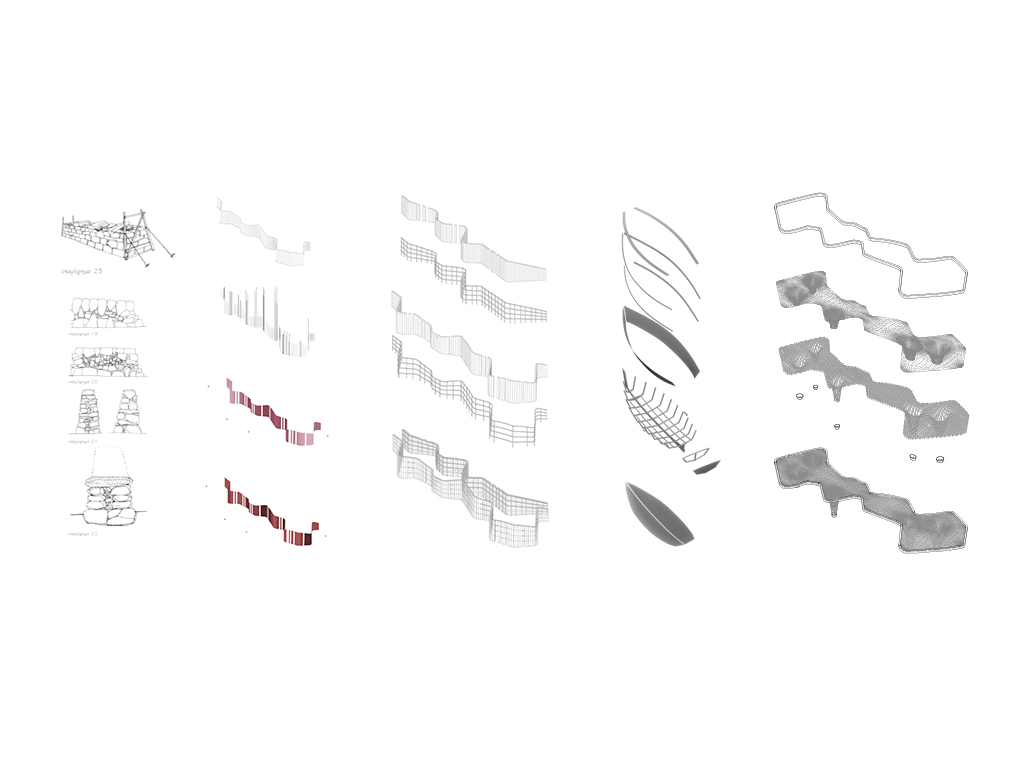 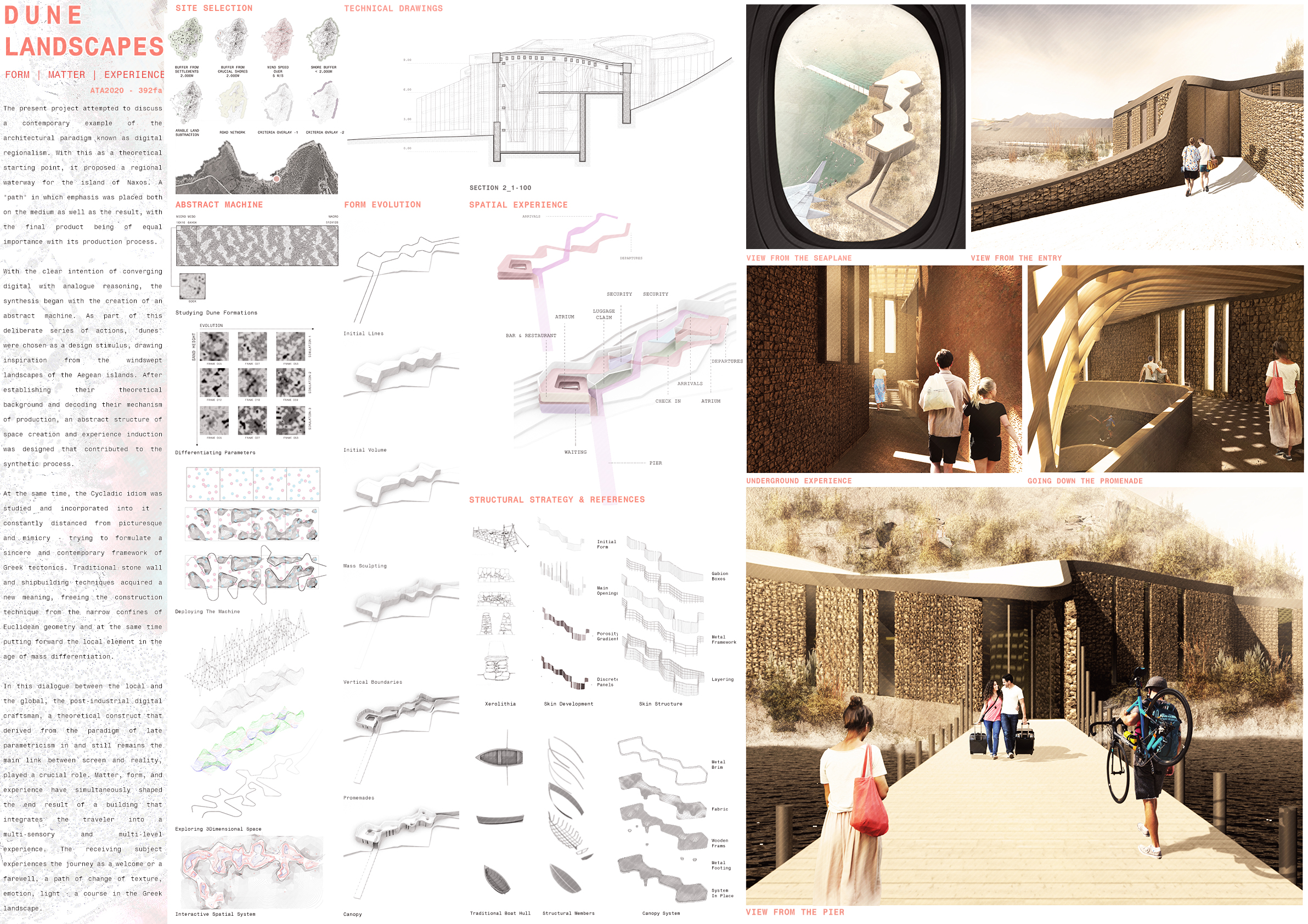