Curonian Spit – The Identity of the Landscape 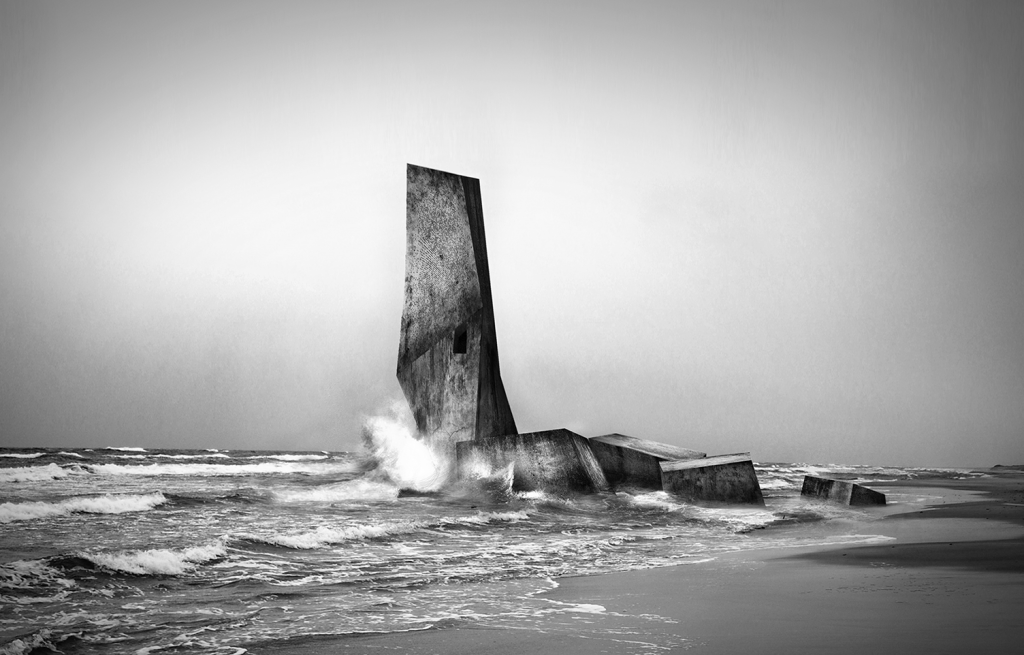 The Curonian Spit is a 98 km long and 0.4-4 km wide elongated sand dune peninsula on the west coast of Lithuania, washed by the Baltic Sea on the west and the Curonian lagoon on the east. It is a unique, vulnerable, sandy landscape, which was formed around the 3rd millennium BC. After extensive destructive logging in the 17th and 18th centuries, the dunes began to shift and covered most of the oldest settlements. The preservation of the ever-changing landscape became the essential meaning for its existence. Consequently, the local inhabitants had to adapt to the environmental changes in order to survive. This interaction between humans and nature formed the Curonian Spit as a cultural landscape.

The project is determined by investigating a possible parallel between visualization of the landscape and conceptualization of its identity. It is constituted as three architectural interventions, which merge themselves within the material system of water, wind, sand, and evolve from these natural physical processes. Consequently, the structures influence the further formation of the landscape, highlight the change and in a poetic way preserve the cultural aspect of the site. Above all, these architectural interventions could also be defined as monuments and act as linking elements between the place and its memory, by identifying the process of negotiation between man and nature in a physical and mental matter. Although there are no plans to build the structures, that’s almost beside the point. More art than architecture, the project provokes contemplation of the region’s unique geography and its history. Architectural Intervention III - L I G H T H O U S – (IMAGE 1) idea, which reflects the cultural aspect of the site. It becomes a metaphor of amber - an artifact as an archive of Curonian Spit, which already in 3000 - 2500 BC triggered the first formation of Baltic tribes and its cultural identity. The angular concrete tower, which sits half in, half out of the Baltic Sea’s churning waves, is imagined as a functioning lighthouse that rises into a craggy pillar with just enough room inside for one person to live – a vision for an inspiring writer’s retreat. 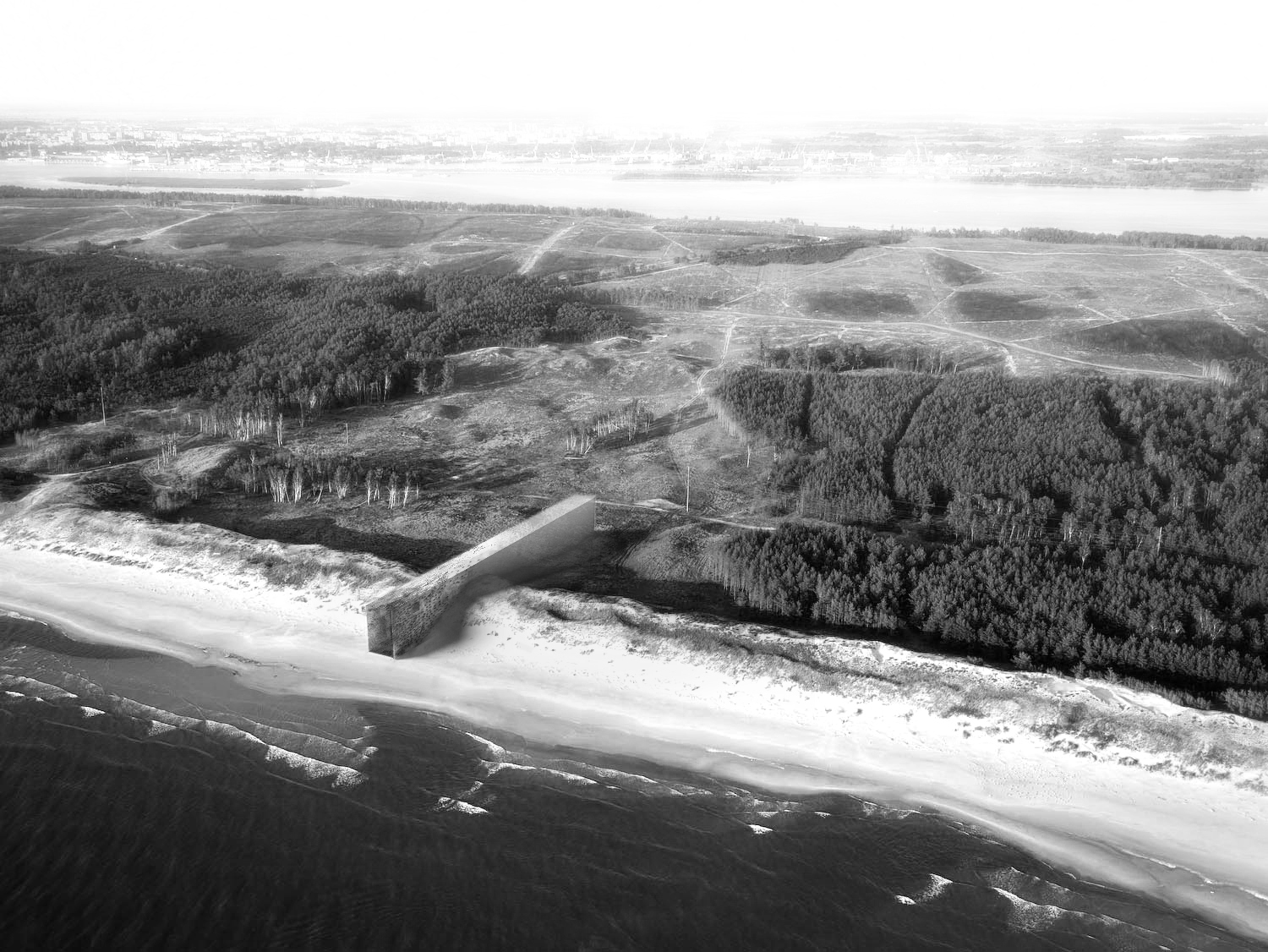 Architectural Intervention II - W I N D H O U S - (IMAGE 3) corridor-like concrete monolith is run through with logs – a tactile reference to the spit’s deforestation and reforestation. The structure acts as a timing device, which over the years, as wind and sand wear away the logs, will leave only the perforated and eroded concrete shell. The “Wind House“ intervention is intended to become a creation of a future ruin, making the ephemeral nature of human settlement too poignant to ignore. Architectural Intervention I - S A N D H O U S - (IMAGE 4) is a layered and sophisticated vision. It consists of a grid of vertical concrete walls simply erected on the dunes. The structure resembles the grid of straws, which in XVI century was manually applied on the landscape to prevent it from shifting, recreate the layer of vegetation and preserve the local villages from being buried. It acts as a device, which doesn’t really stop the sand from the shifting; rather by being static it highlights the change and reveals the curvature of the landscape. In the course of time, it might be completely covered by sand and turned into the future ruins. In some ways similar to what happened to buried villages by the natural destructive processes, this intervention creates a mechanism to link the events, configuration and time. 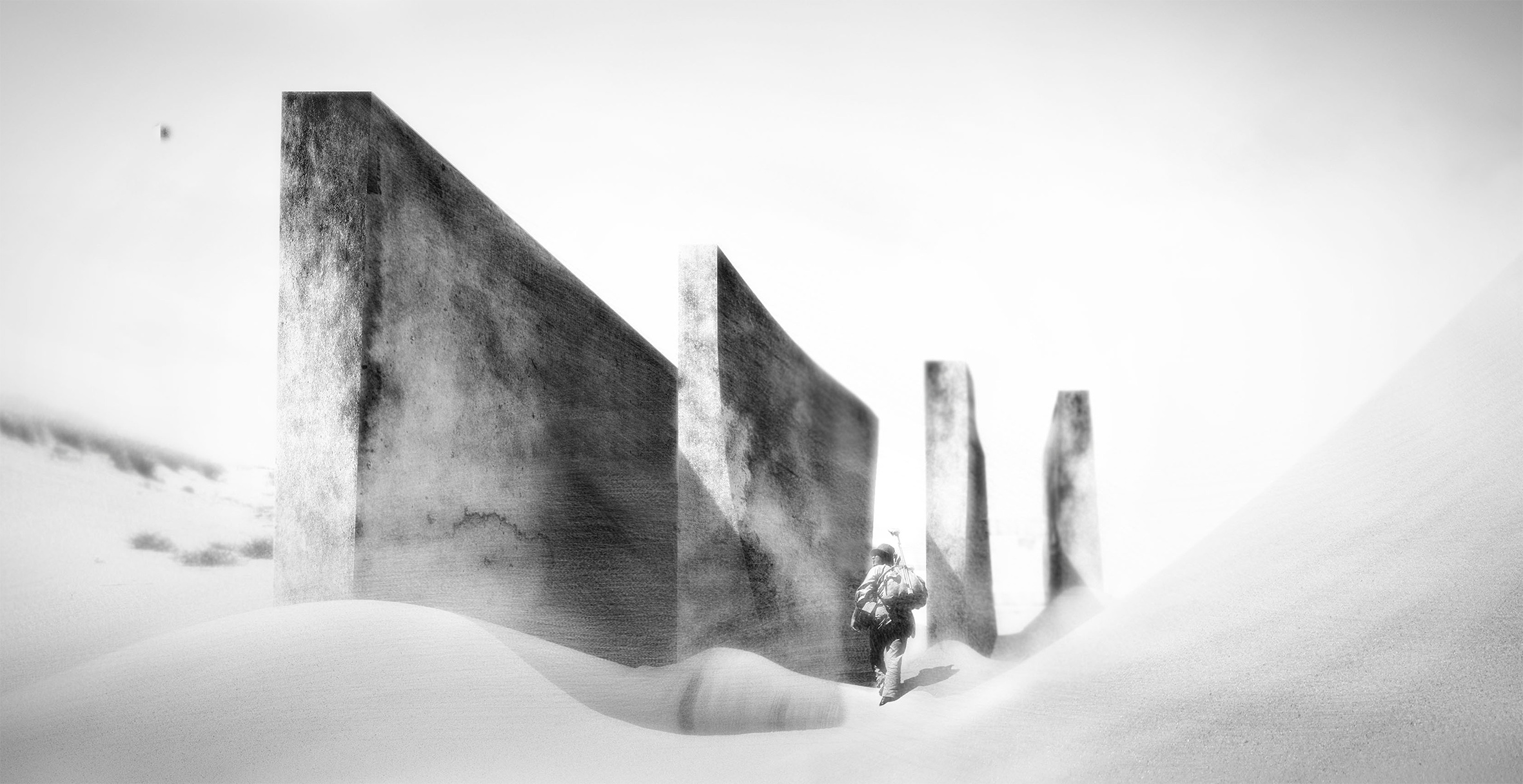 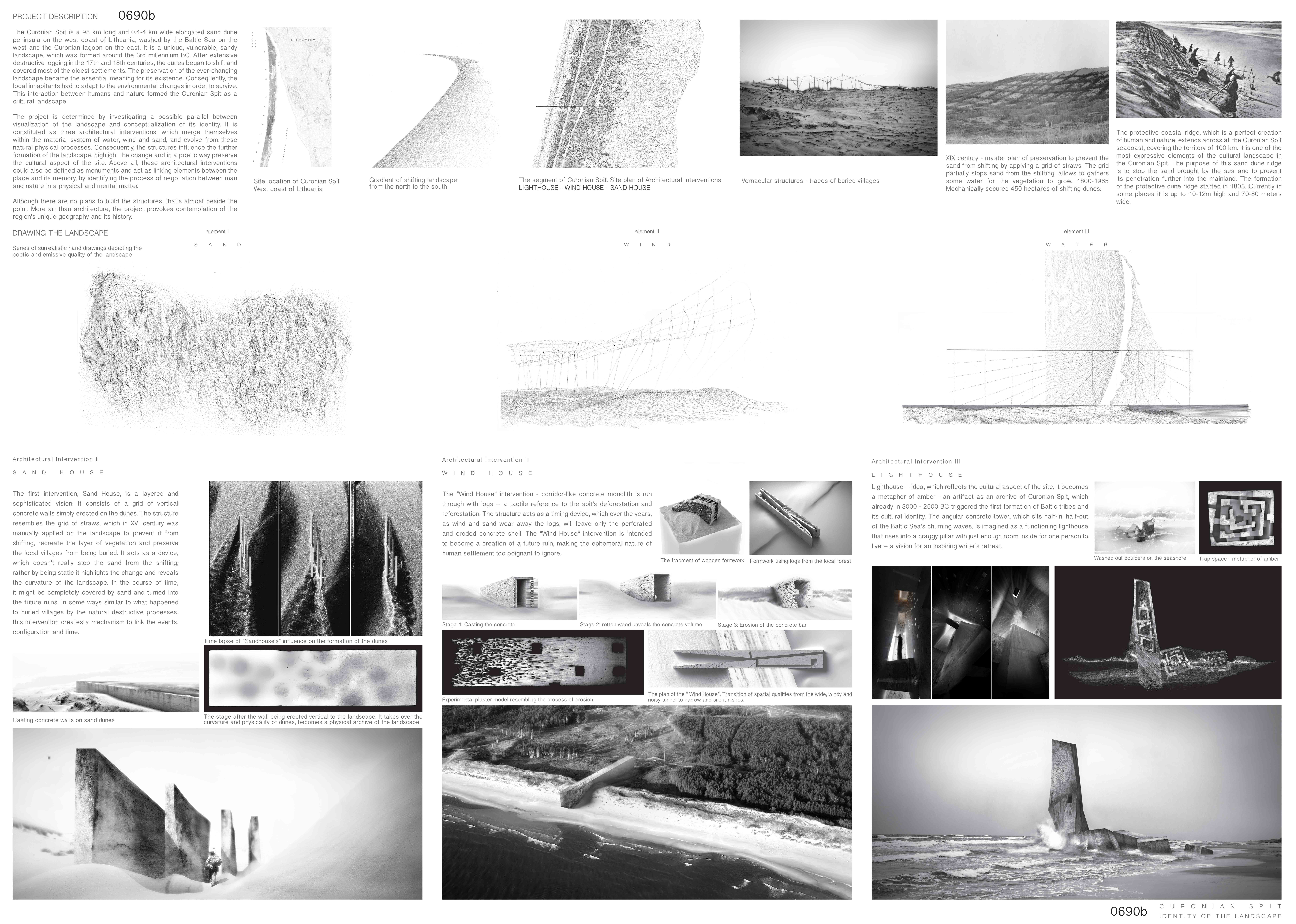 Jurgis Gecys currently works at Wolfgang Tschapeller Architectural Office in Vienna, where he has contributed to such projects as the Ho Fine Arts Library of Cornell University in New York.
FOLLOW
MESSAGE
LOGIN TO LIKE
[pro_ad_display_adzone id='2269' ajax_load='1' info_text='Advertisement' info_text_position='' font_color='#' font_size='11'] 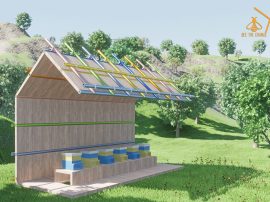 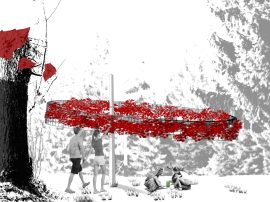