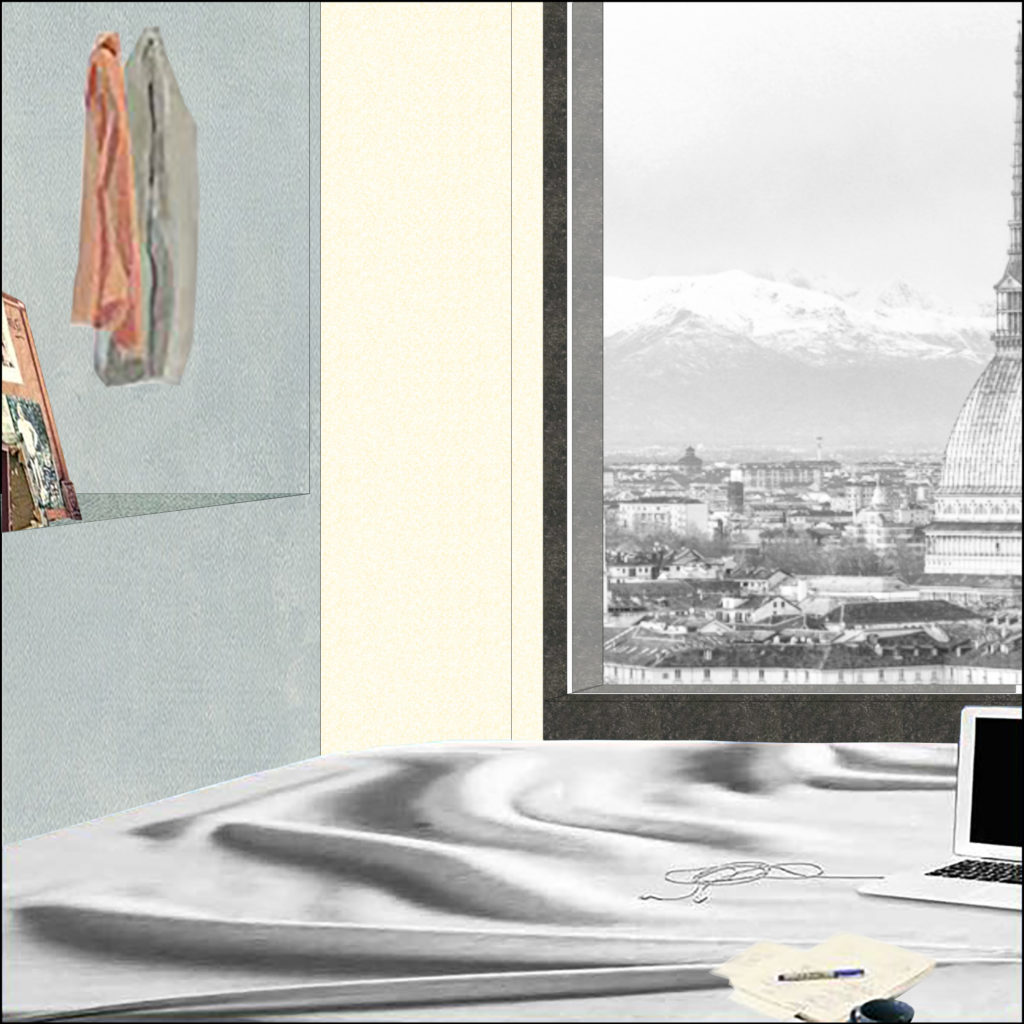 Through the research carried out during my thesis work, there is the intention to examine recent spatial connections between domestic and work environments, considering contemporary socioeconomic conditions, policies and technologies that have influenced these two realities and the human life. In recent decades, production spaces and reproduction spaces have converged strongly towards a single architectural language. Working environments are increasingly taking on certain characteristics typical of domestic environments, playgrounds, rest areas, shareable kitchens, now become part of the work landscape. 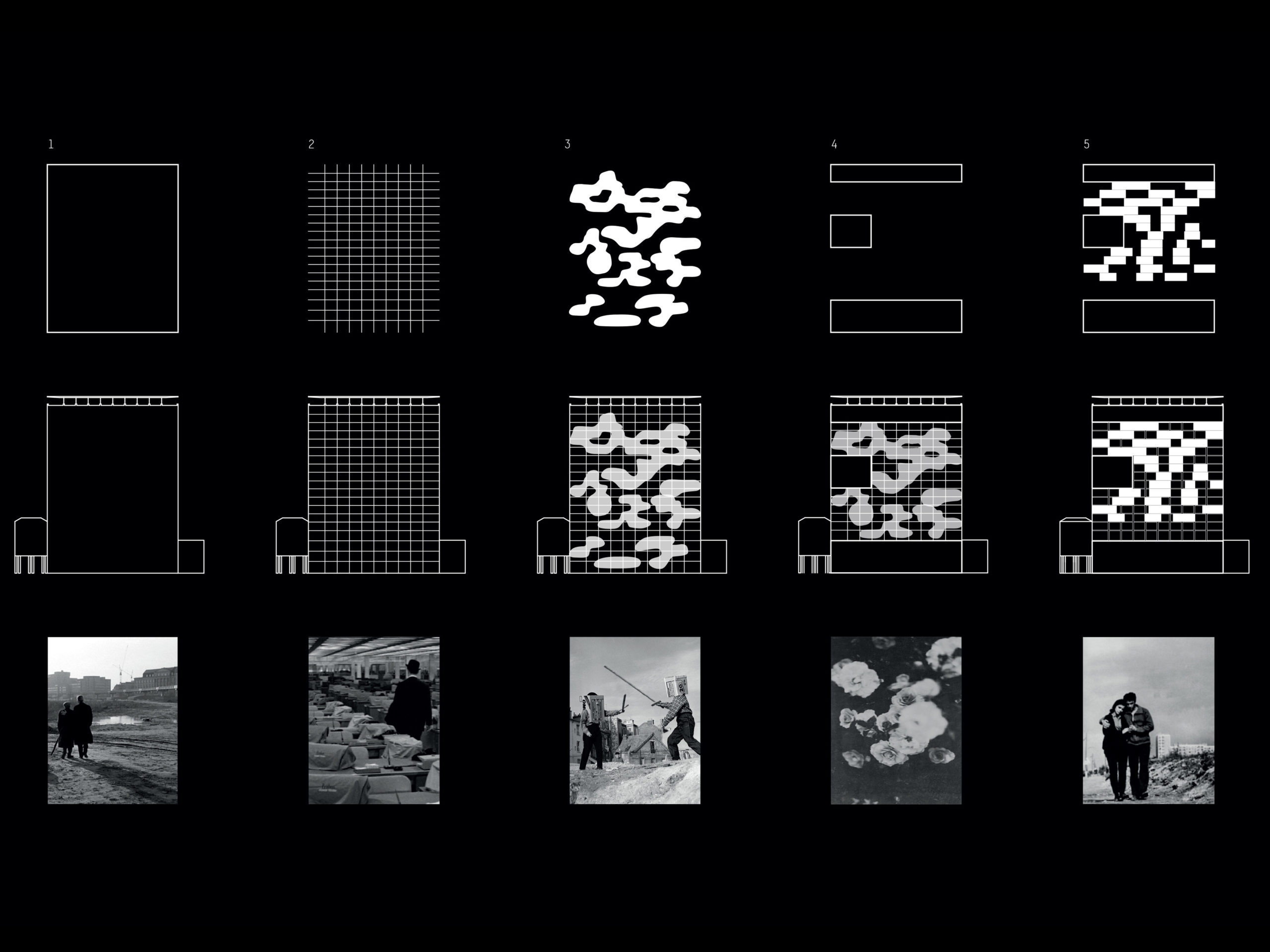 From a society previously based on the Fordist mould, the new workforce demands a total revolution of these environments in favour of a new flexible and multipurpose conception of production spaces.
In Europe and most of the world, the exponential increase of freelance workers and the advent of new micro-corporations, has decreed the decline of the classical working order based on the traditional organisation of 9 working hours on 5 weekly days.
The new forms of independent work transcend the usual separation between private and working life; consequently, the offices of today, are a reproduction of the domestic environment through the insertion of functions and furnishings typical of private life environments.
This change in the places of production towards domestic panoramas, however, coincides with the precariousness of contemporary work, which involves most young entrepreneurs.
The economic instability that pervades the market dynamics of the new generations, has led to the growth of new professional figures such as freelancers, smart workers, young creatives etc… who tend to recreate their own private office within their own homes, raising the essence of the house once again as a place where production takes place.
The idea of the domestic environment begins to dematerialize as an ecosystem isolated from the dynamics of the external world and work, losing its common meaning of refuge. 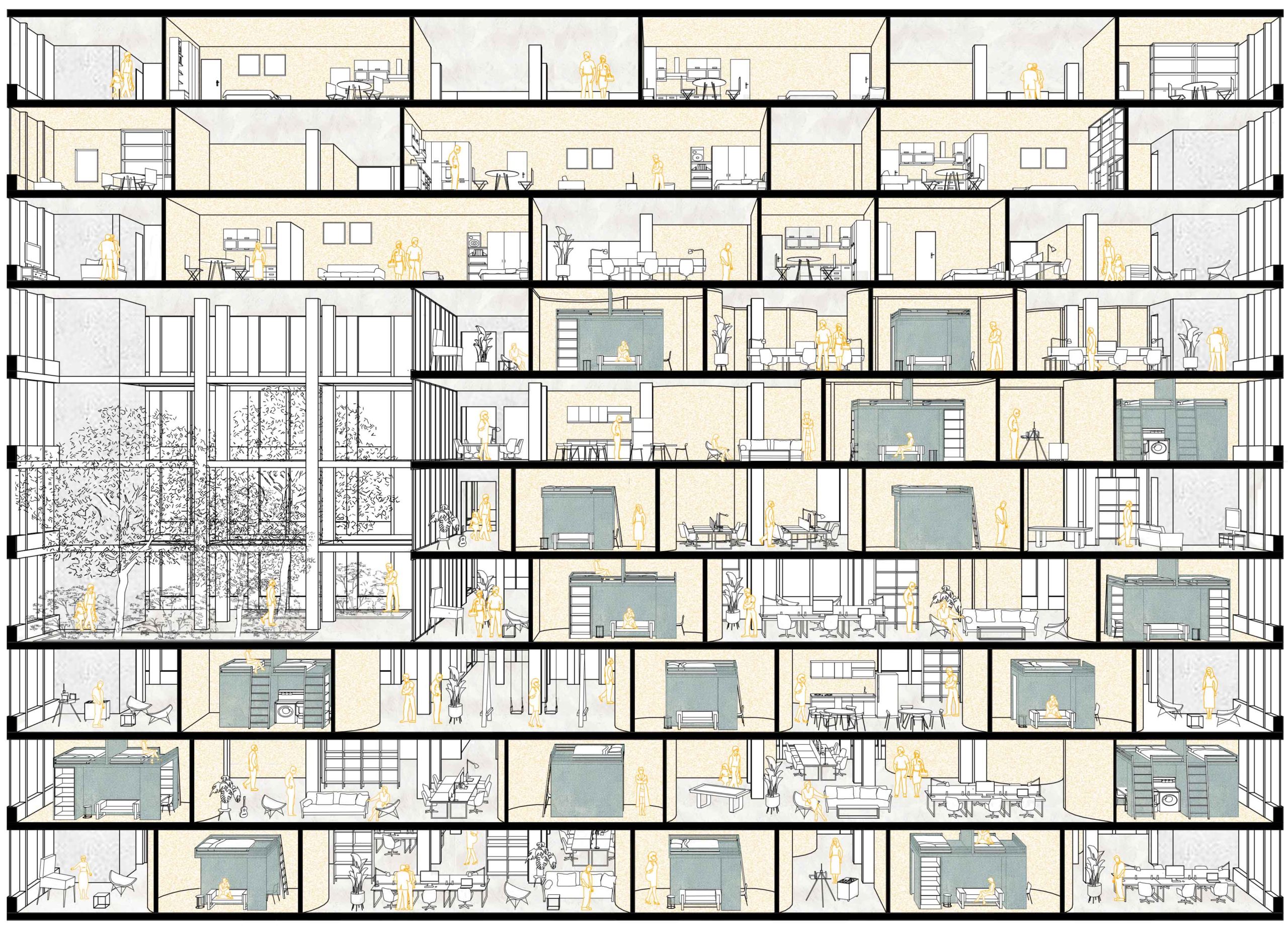 The contemporary supremacy of work“immaterial” implies a new conception of the role of the domestic space, which with the advent of the modern city, returns to be the epicentre of a new form of production.
Today, what dimension does the domestic scene take? What is the nature of contemporary work? What are the new players that come into play within the new production dynamics? How can architecture anticipate new forms of life and work?
The project proposal analysed here, takes as a case study the Rai skyscraper in Turin. Former building for offices completely abandoned, it is at the centre of a new spatial analysis of working environments that are shaped according to the new demands of contemporary life.
The project aims to demonstrate how, the classic typology of the office building is going increasingly disappearing, and sets its objectives in highlighting how it is possible to redefine these disused spaces, creating a new symbiosis between working and domestic environments, proposing a possible future solution for the changing world of living and production. 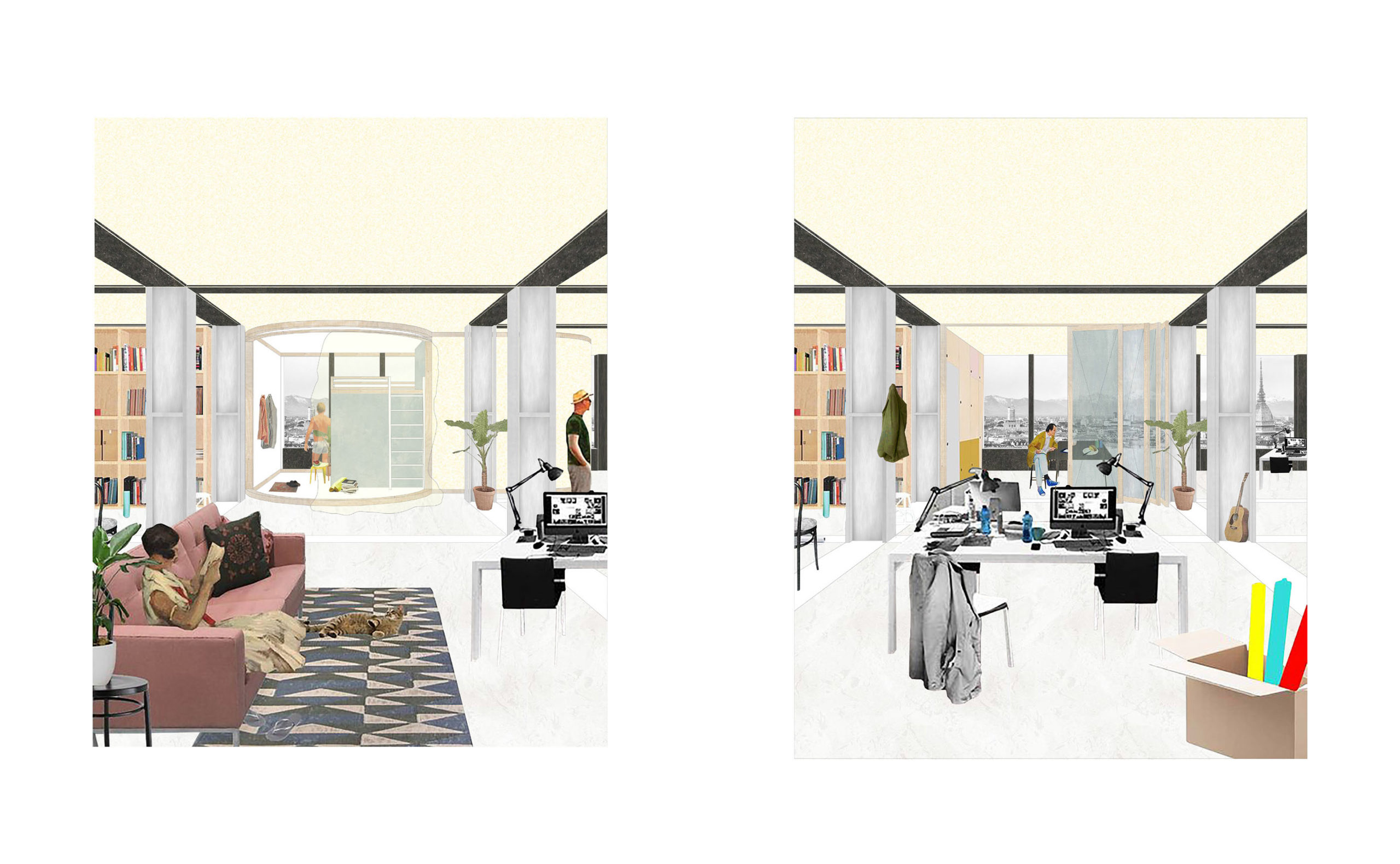 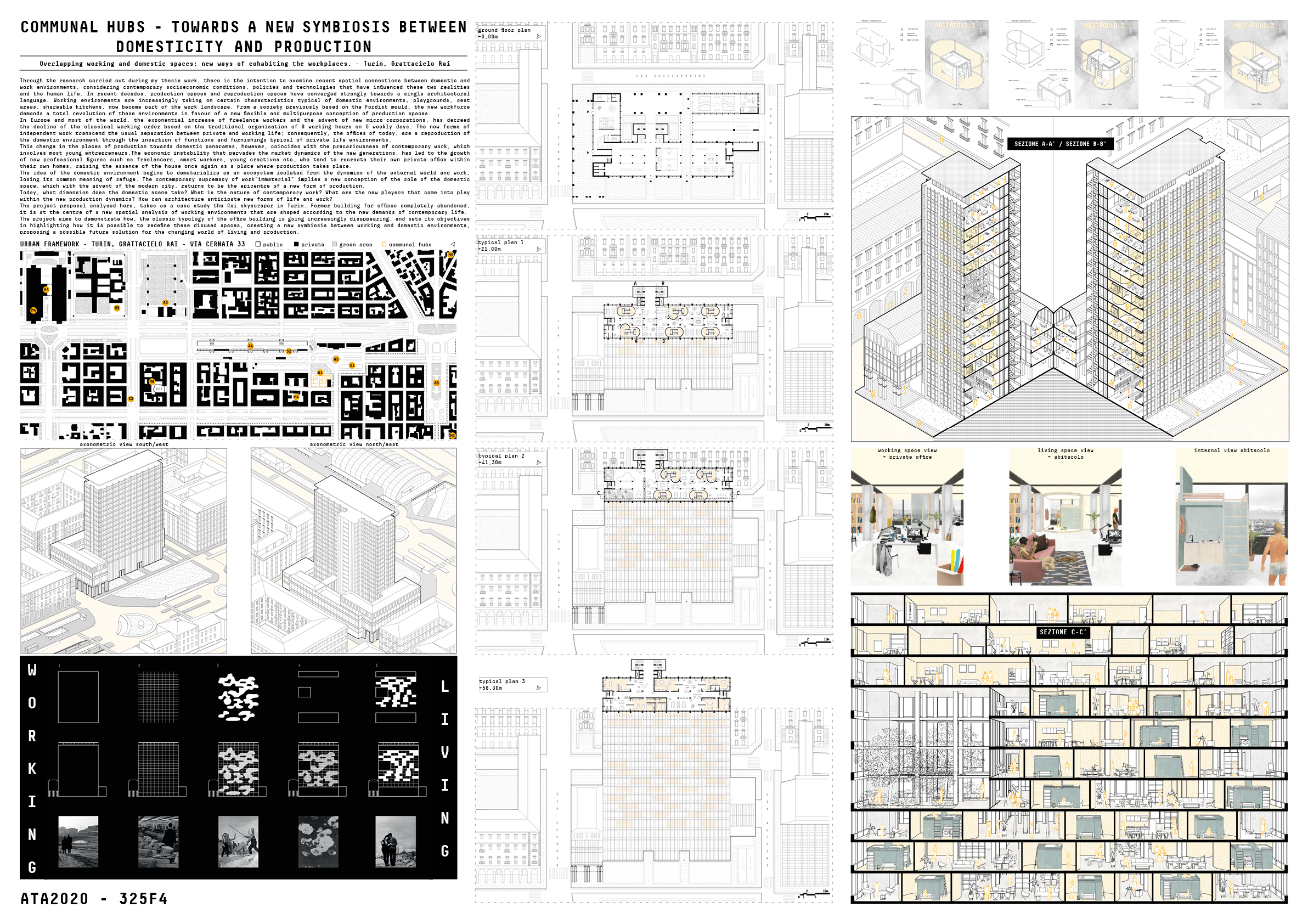 I’m a 25 years old Italian Architect and I recently completed a master degree in Architecture Construction and City at the Polytechnic of Turin. In the past years I had the opportunity to work in different inspiring studios such as MAPA.Architects in Santiago de Chile or Gianfranco Tozzini Architecture in Turin, in which i worked as graphic designer and responsabile of CAD drawing. I’ve been in charged as Art Director and Interior Designer for for Paratissima Art Fair in Turin, and in the same year I also worked with the architect Kengo Kuma ad his assistants during the TTT_Workshop Temporary Gathering Hut.
FOLLOW
MESSAGE
LOGIN TO LIKE
[pro_ad_display_adzone id='2269' ajax_load='1' info_text='Advertisement' info_text_position='' font_color='#' font_size='11']