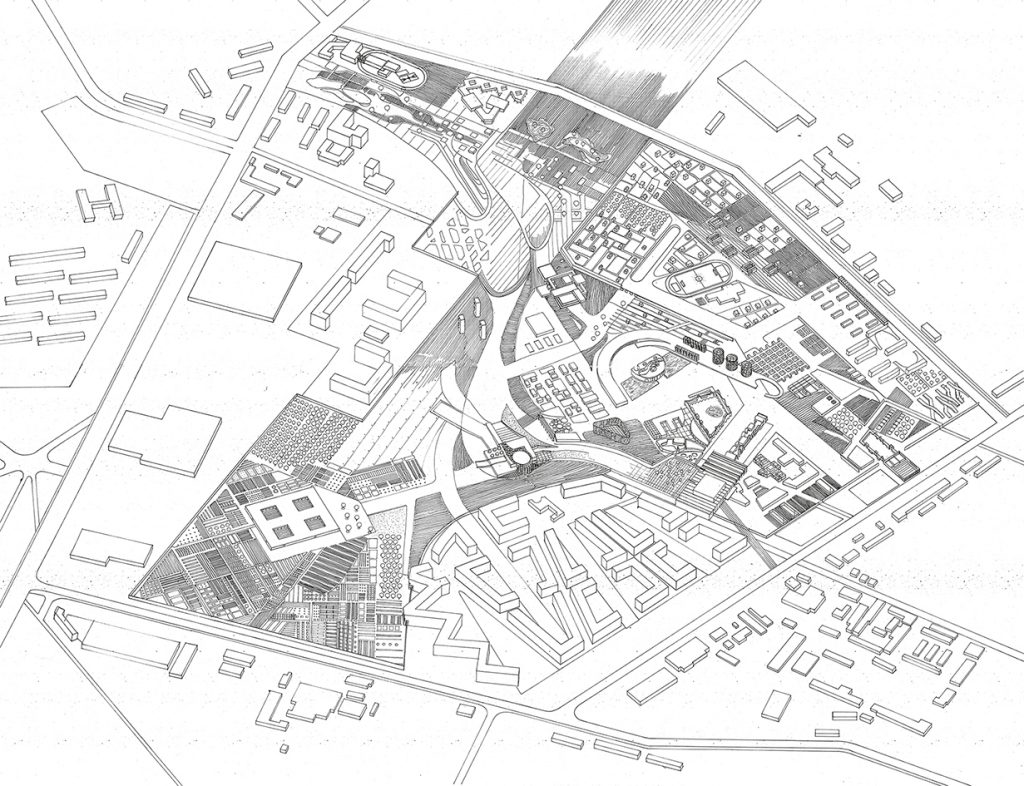 Urban lifestyle is linked to a city’s economic development, which, in turn, has affected the speed of social change, exacerbating personal issues. Identity conflicts are just one of the many examples of the influence urban environment has on its dwellers. A risk is gradually becoming an integral part of all aspects of life in the contemporary world. Political and socio-economic changes require great adaptive skills. Extreme situations occur everywhere. Natural disasters and technological accidents, military conflicts and terrorism, abrupt shifts in the nature and forms of social relations and ethnic conflicts, family issues are seen as stress triggers that contribute to an increase in the number those needing a social protection. 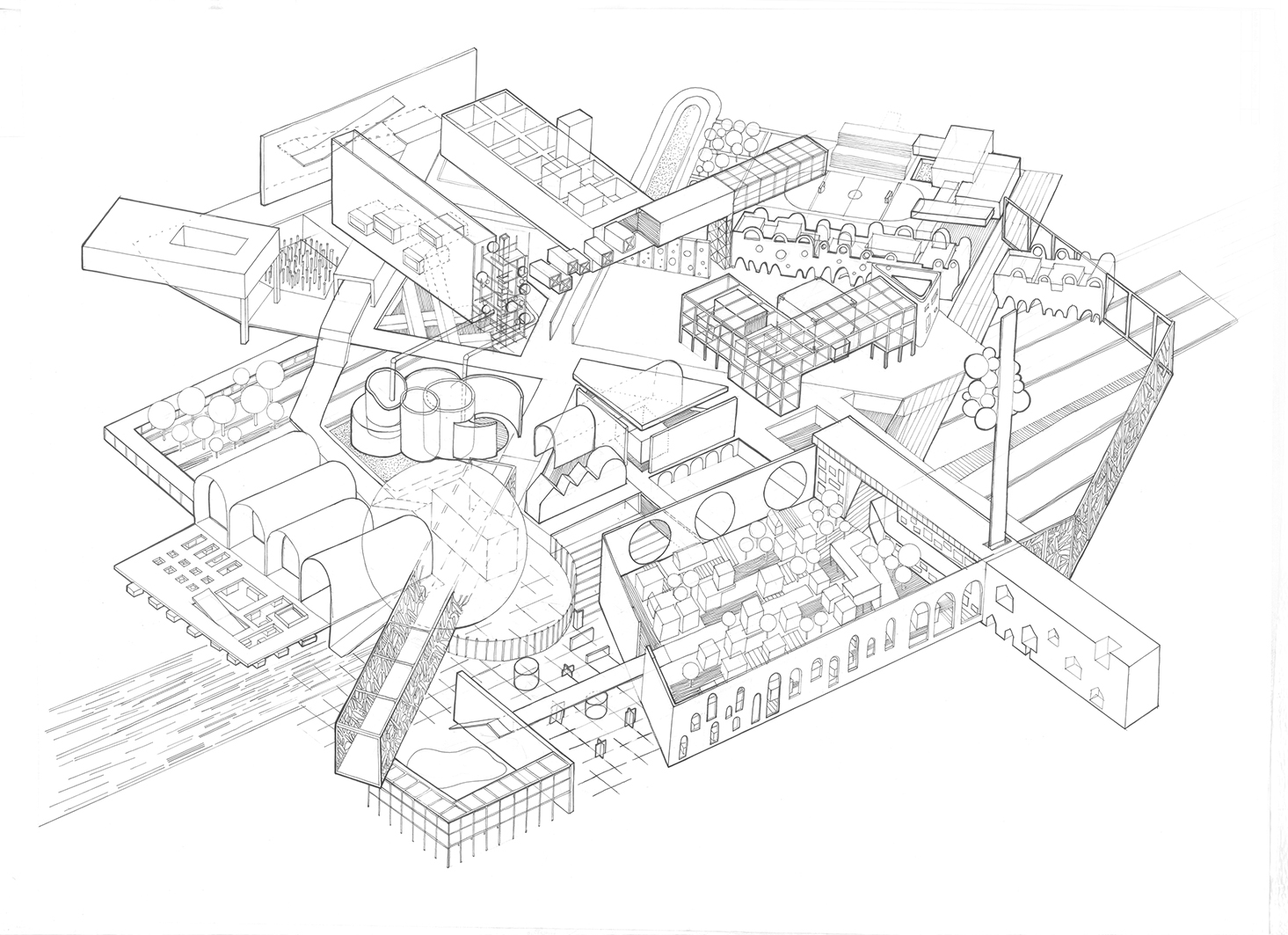 The project is devoted to a subject of the social protection helping to adapt after difficult, extreme and emergency life situations (psychological terms)
Among all objects involved in social protection, the monastery is considered the most ancient. The cultural role of Christian monasteries consisted in the salvation of the person, by means of distribution of Christianity. The process of distribution of religion has made the monastery not only the center of spiritual culture but also the center of education. Mercy the taking important place in Christian culture has also influenced the development of charity and creation of objects of social protection. In case of monasteries, there were hospices, almshouses, and hospitals. From monasteries often sent alms to the prisoners distressed for hunger to people. The monastery served as a shelter during wars and epidemics.
The purpose of the social center of mutual assistance is the creation of a vector of development in culture in which human life has value, and the culture acts as the guarantor of it. Recovery of value of the living being, an animal or the person, is connected with the relations in the “Man-Man” system.
The unity of the purposes (salvation of the person), long story of charity and mercy, forming of new layers of culture, the atmosphere of a privacy and tranquility – all this allows to call the social complex “city monastery”. Salvaging another person, the person salvages himself, salvages culture. 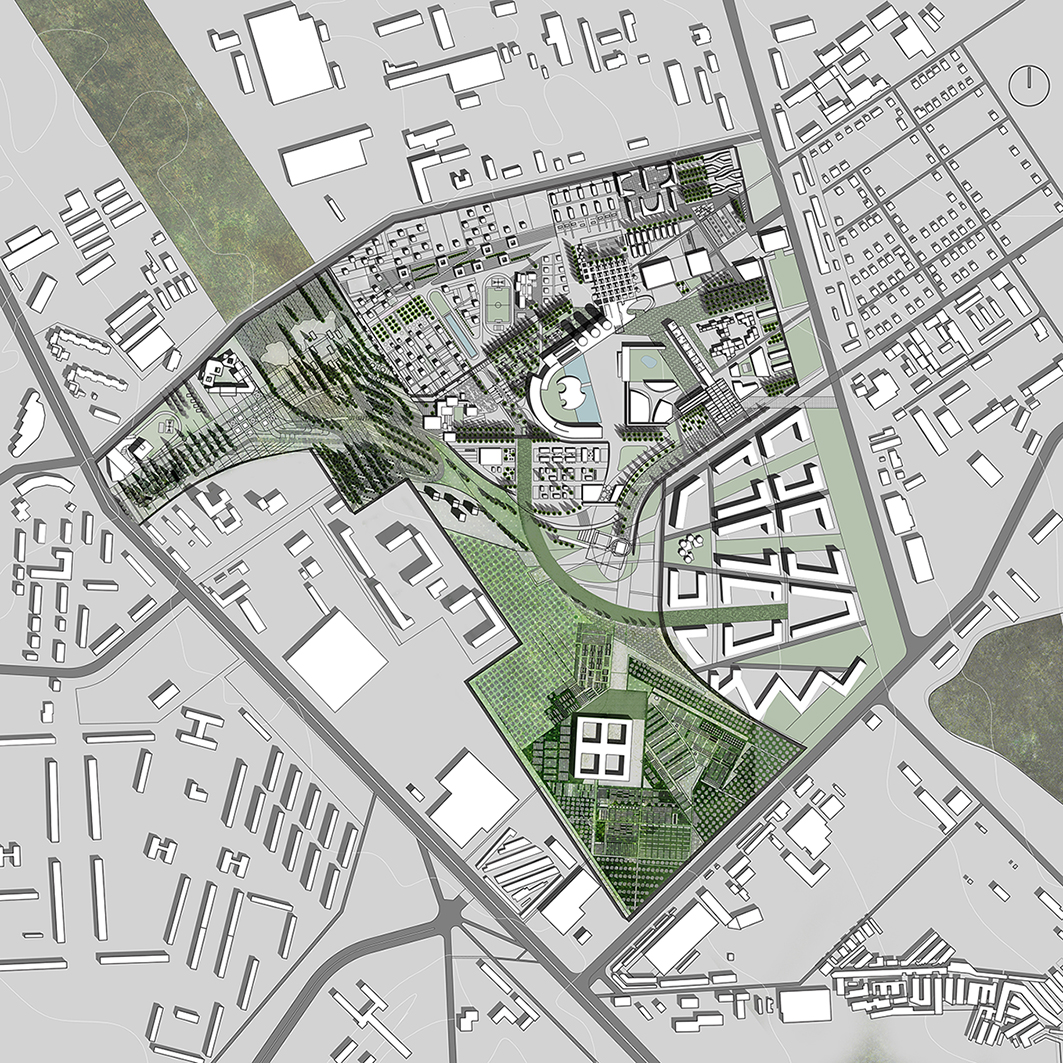 A process of rehabilitation happens through communication with another person. Social communications are an adaptation resource. Through knowledge and process, through mutual assistance, through communication, and through action adaptation is happening. Such synthesis helps both persons who have entered this process. Involving in life, helping to forget about the personal problems, for some time allows being in another person’s shoes. Helping another, the person helps also himself.
Four key central objects are the main and create surrounding space, subordinating other smaller objects. Media library. Bath. Dining room. Psychological center.
City “Monastery” is a place of peace for people tired of the hustle and bustle and constant pressure, for those feeling lost or useless, or those who struggle to find their place. The project´s mission is to restore the value of an individual on the administrative, physical and psychological levels. The way a person perceives the others, his/her attitude towards the environment and every living creature are determined by interpersonal relationships. This is a vast, diverse part of human nature and, more importantly, of our self-perception. All the resulting problems have a cause, which is simple yet complex at the same time. Overcoming main cultural problems and social challenges of a city is not possible without understanding this. 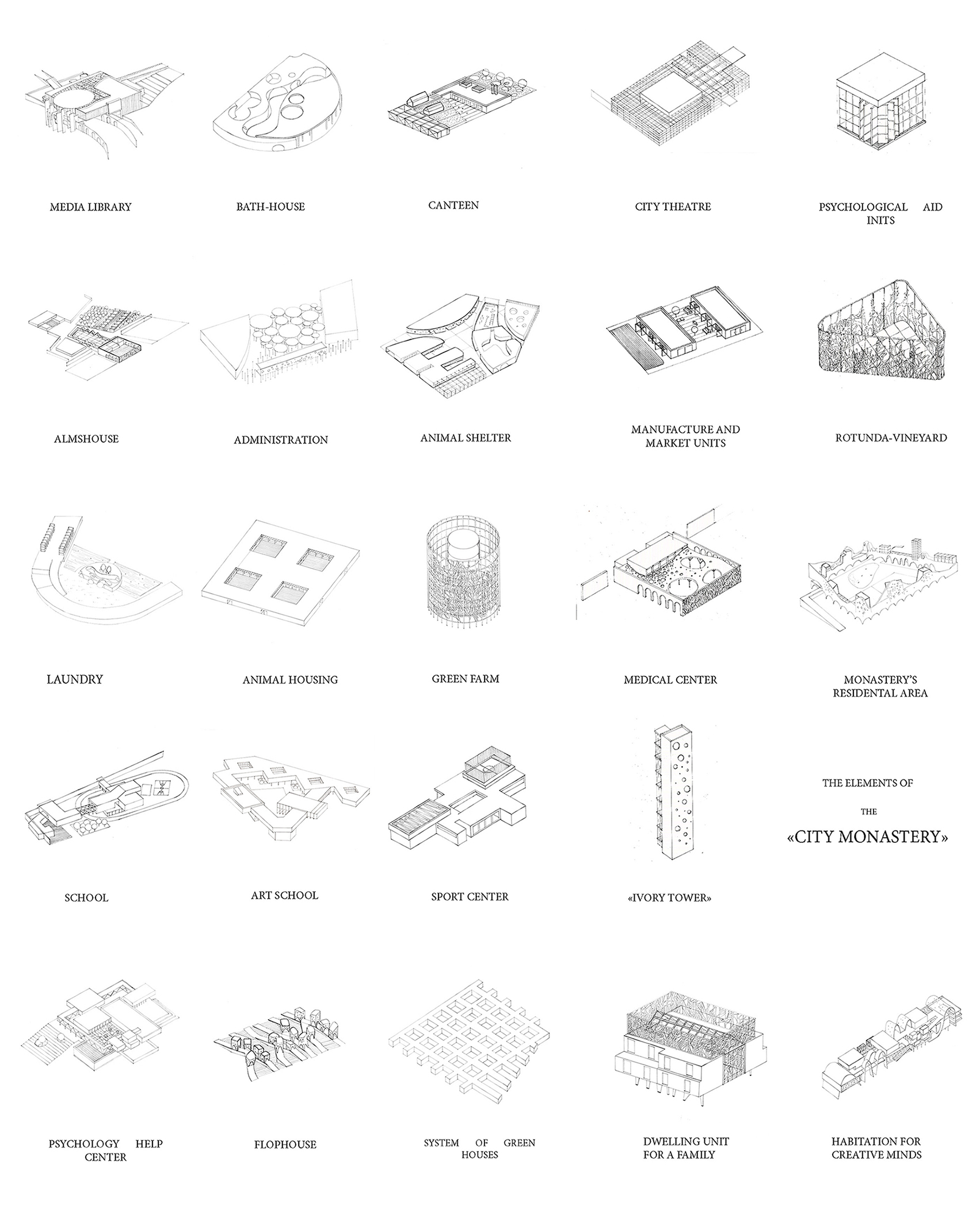