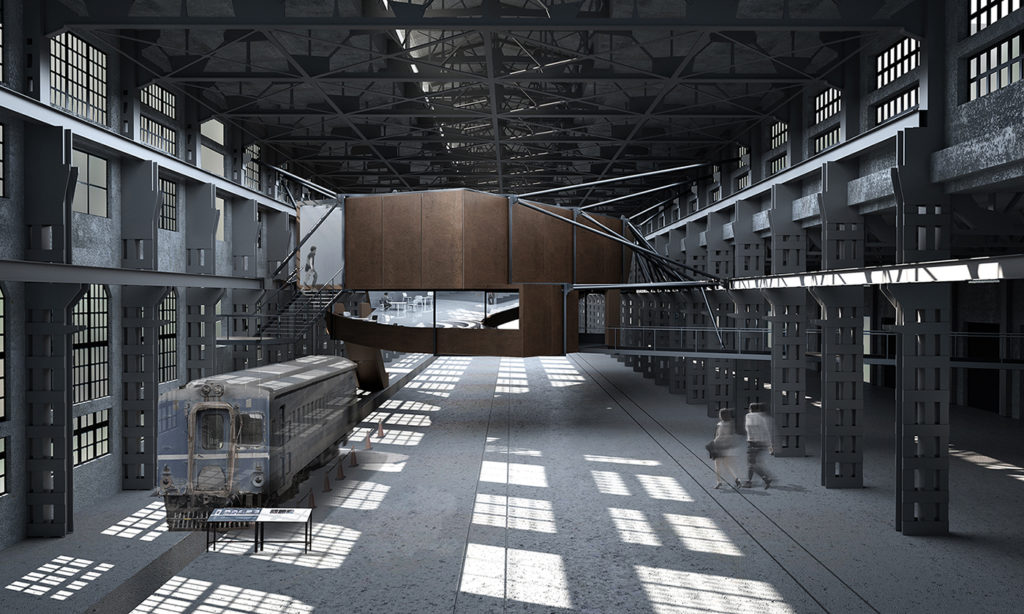 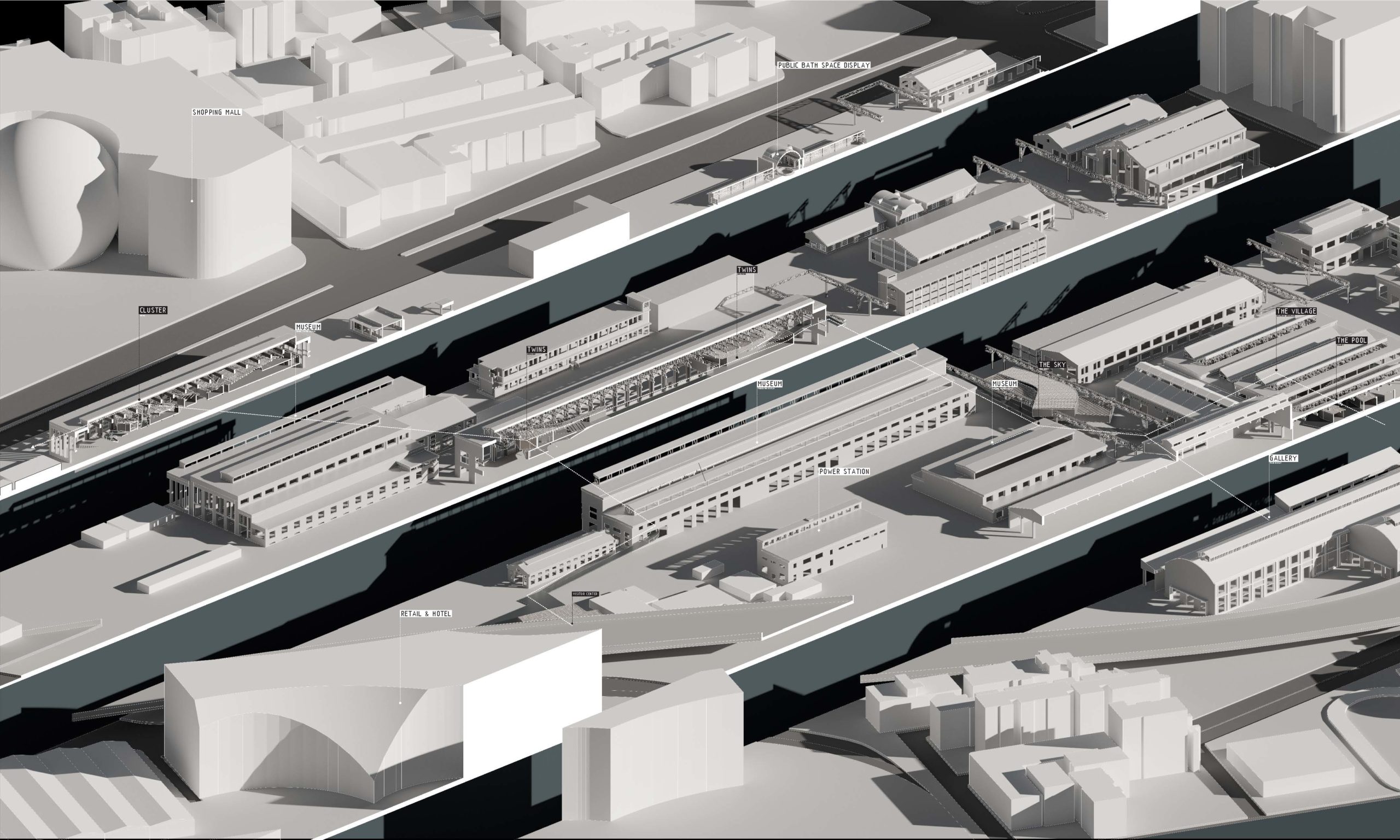 This thesis challenges existing models of traditional preservation by introducing the idea of the formal difference between old and new, public and private space. The introduction of formal difference into the renovation creates new spatial conditions within the existing structure which can then be viewed with a new perspective. The project deals with the renovation of a railway factory located in Taipei, Taiwan, which was the largest workshop of Taiwan Railways Administration. For decades it manufactured and maintained thousands of railway vehicles. The Factory was established in 1935 replacing the original workshop. The space used to be an enclosed area for the city which almost blocked the connection between two districts in the north and the south. After the Taiwan Railway Administration relocated the factory to another city, the site has remained unused for many years. Until 2015, the government of Taiwan announced its plan for the factory to be a railway museum in the future. However, a museum is usually an enclosed space, how to prevent the space to block the neighborhood again is a crucial issue in this project.

In order to provide a space for the public and re-connect its neighborhood, this project overlays a second layer of public pathways and program to connect the city and people. This pathway responds to the existing elements of the old railway and structure both formally and programmatically by proposing floating spaces and circulation that connects to the existing programs on the ground. Along with the Taipei railway system, there are a lot of industrial spaces, and the railway workshop is one of them. Currently, a lot of facilities have been renovated for cultural use. By considering the meaning of the railway workshop and the scale of the site, this project tries to purpose different programs from other facilities. The secondary spaces include retails, open working space, and the gallery space, etc. People can enter the secondary space freely during the open hour. Through circulating the site, people can view the railway museum from the top in a distance. This also creates a greater opportunity to attract the public to the museum. In the process, this project creates a new dialog between the museum and the public program, as well as the old and the new structure system. 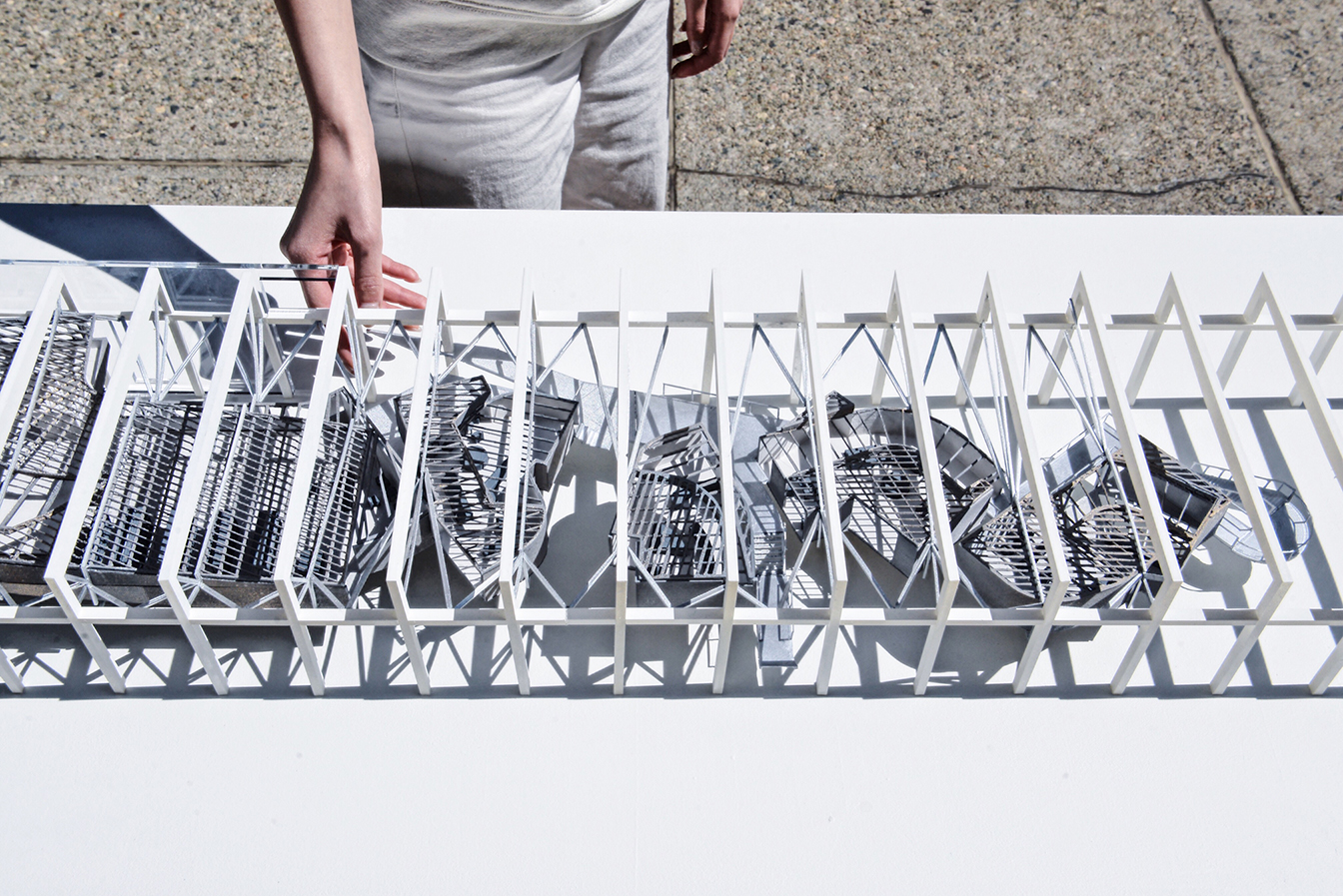 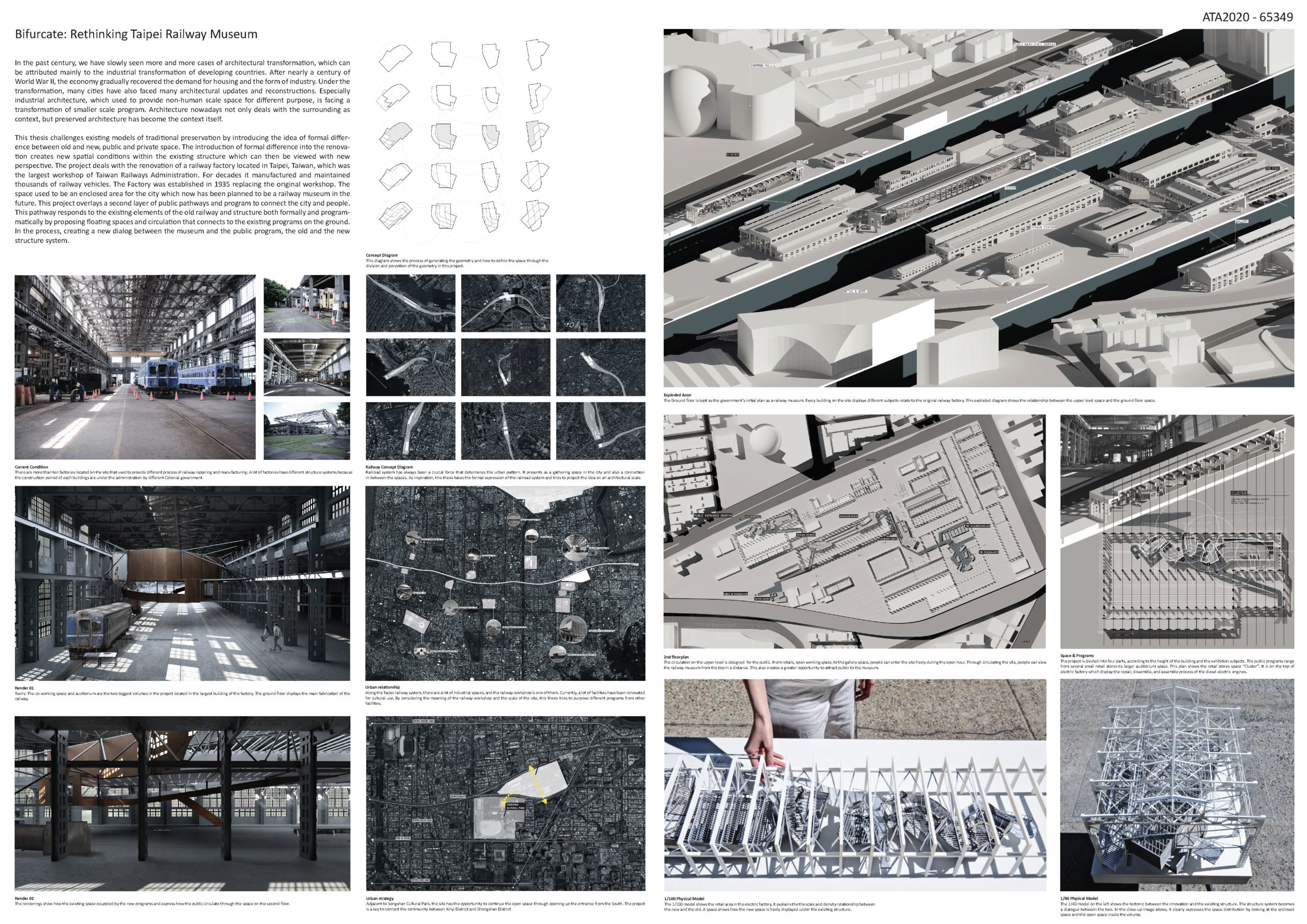 Poyao Shih is a Taiwanese architectural designer and explorer based in Brooklyn, New York. He is interested in combining advanced spatial ideas with existing urban condition. He considers architecture’s theoretical discourse of form, program and representation to be as important as its concerns for social context. Currently, Poyao is developing his research on renovation/preservation architecture. Poyao began his architectural journey at Tamkang University in Taiwan. He holds a Bachelor’s degree from the Southern California Institute of Architecture (SCI-Arc) in 2016 and a Master’s degree in architecture from Harvard Graduate School of Design with scholarship in 2019. Since 2011, Poyao has worked for various well-known offices all over the world, including, Kengo Kuma Association, Olyer Wu collaborative, Coop Himmelblau and Morphosis. He previously served teaching assistant at SCI-Arc, research assistant at Harvard GSD and Lab manager at SCI-Arc Shanghai program respectively. He was a lecturer for several workshops in Taiwan and was a final jury for Chung-Yuan University. His academic works have been widely published in Suckerpunch Daily, Archidog, the International Exhibition of Architecture Graduation Design, Taiwan Architecture and Architect Magazine in Taiwan.
FOLLOW
MESSAGE
LOGIN TO LIKE
[pro_ad_display_adzone id='2269' ajax_load='1' info_text='Advertisement' info_text_position='' font_color='#' font_size='11']