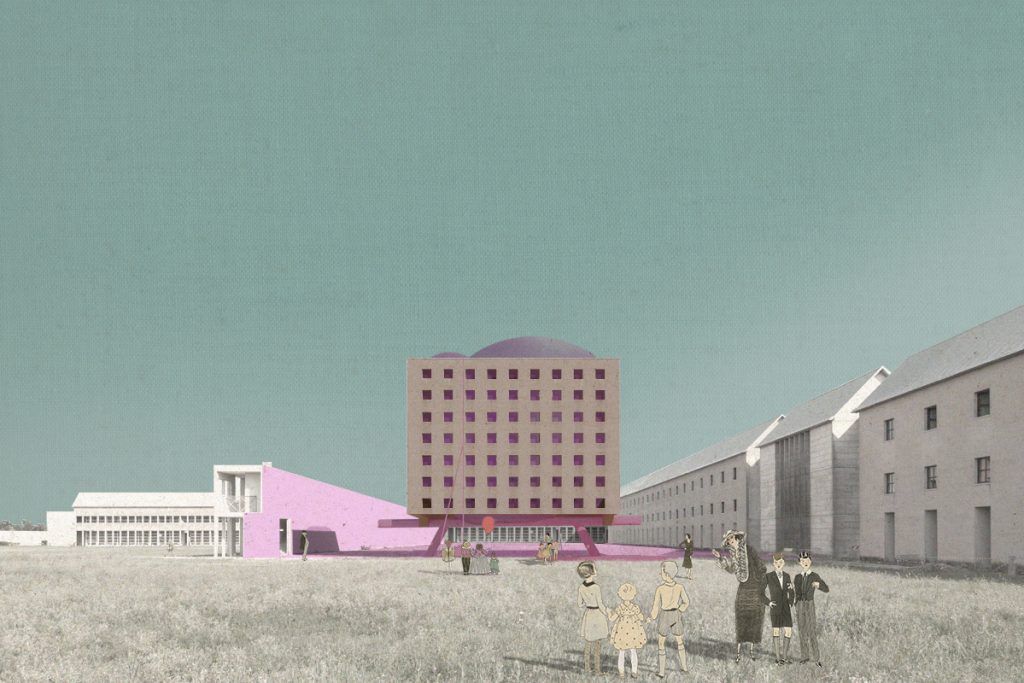 The cube of San Cataldo, among other parts of the cemetery, changed its original purpose; what was once meant to be a ceremonial building, became an ossuary, thus proving that the architectural fact held more importance as form than function.

As the building has been informed by formal autonomous questions of type and common imagery, a timeless structure has managed to survive use transformations. While longevity in Aldo Rossi’s buildings comes from common places established in people’s memory, forms that resist time and program, could this building resist other forms of instability as well?

A rigid vertical grid folded into a box, four walls (no roof, no floor) is prone to be structurally subverted; rigid enough to be lifted and supported in only a few points of its petimeter, the building is tested by precarious balance proving that an apparent heavyweight cube can perform as a beam system. A massive, rigid form turns into a playful game of balance by giving the illusion of instability, as it could be piled up by a kid. Program gets disturbed by a playground while the structure of the box gets stressed by a destabilizing rounded section beam, a cable that suppress rotation, and a balloon that strains the tension between all four elements. 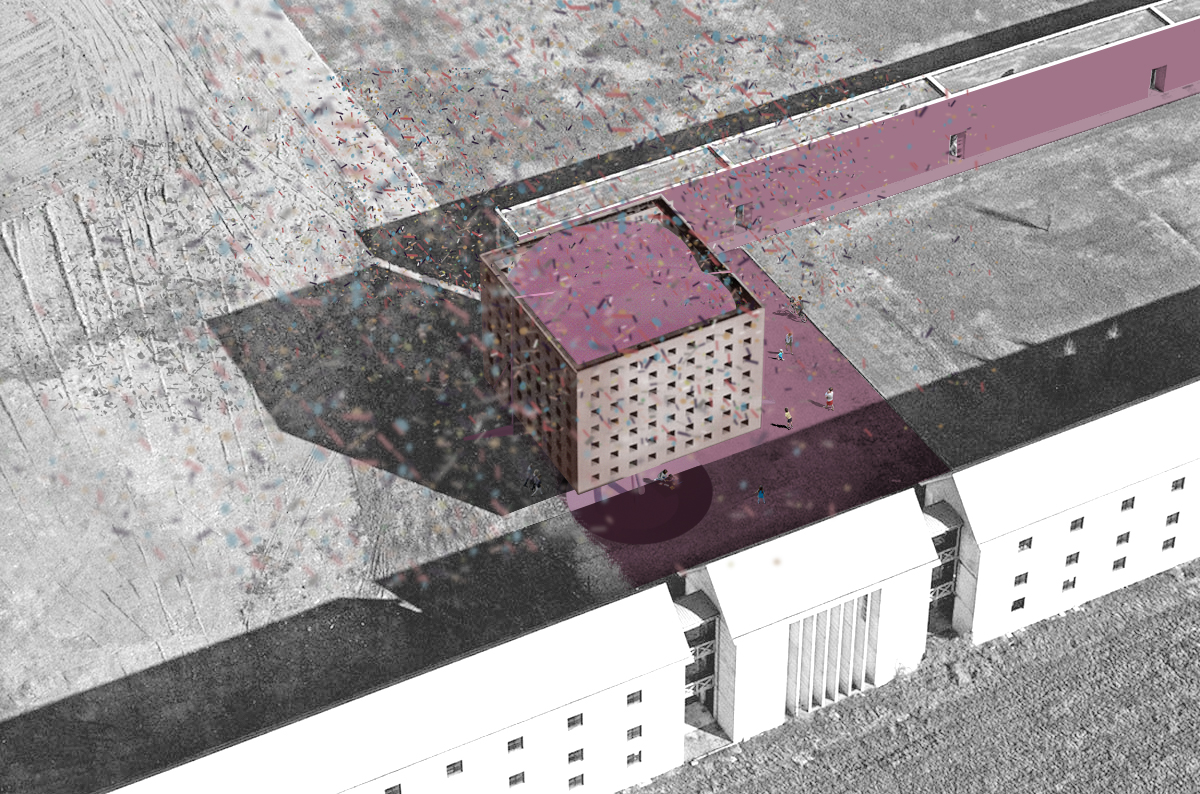 By hacking the cube, Rossi’s ambitions for permanence are taken to an extreme: form's autonomy liberated from use constraints in addition to structural flexibility given by mass redundancy, allowing the box to be handled in unsuspected ways. The autonomous formal analogies surpass contingency. 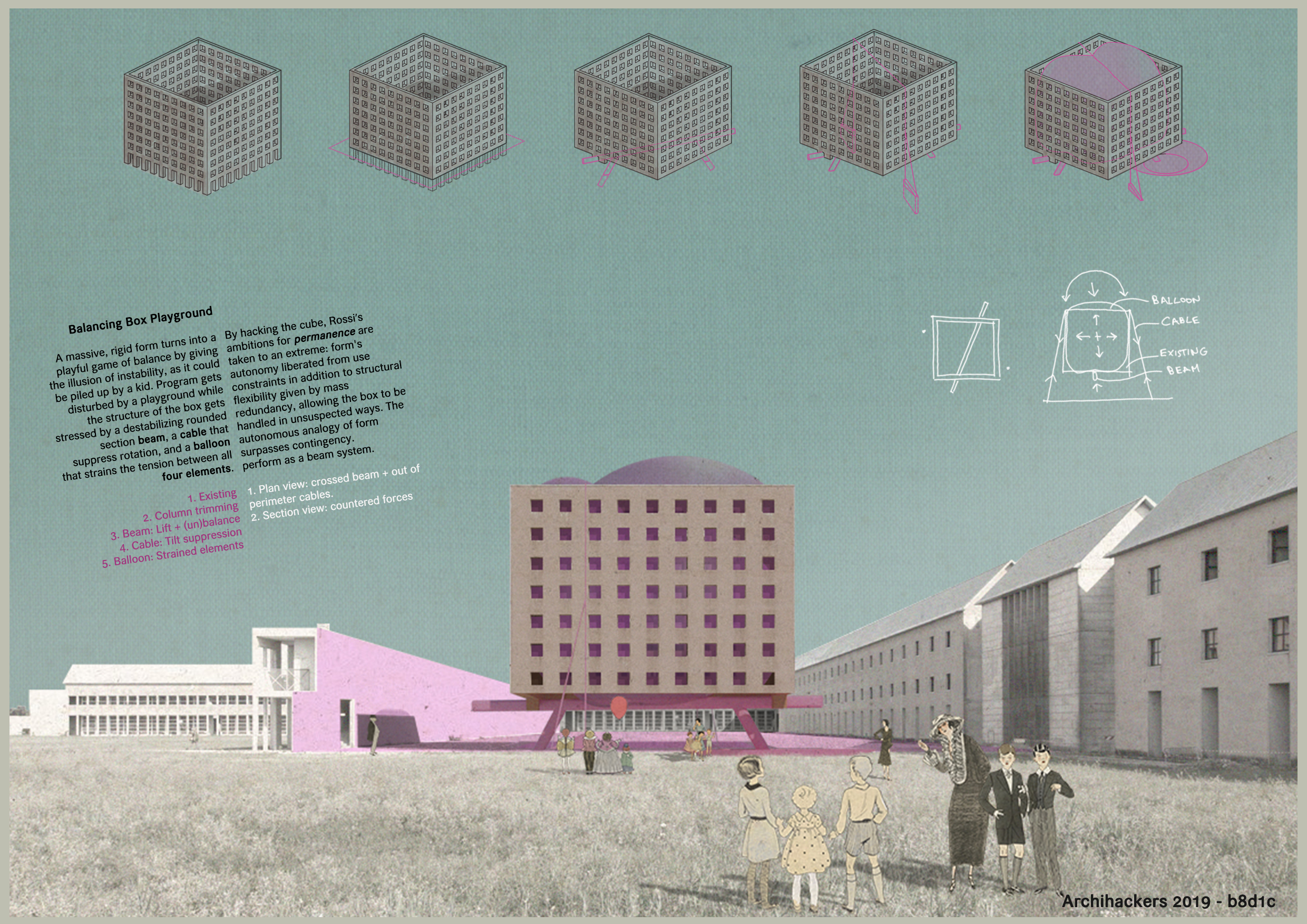