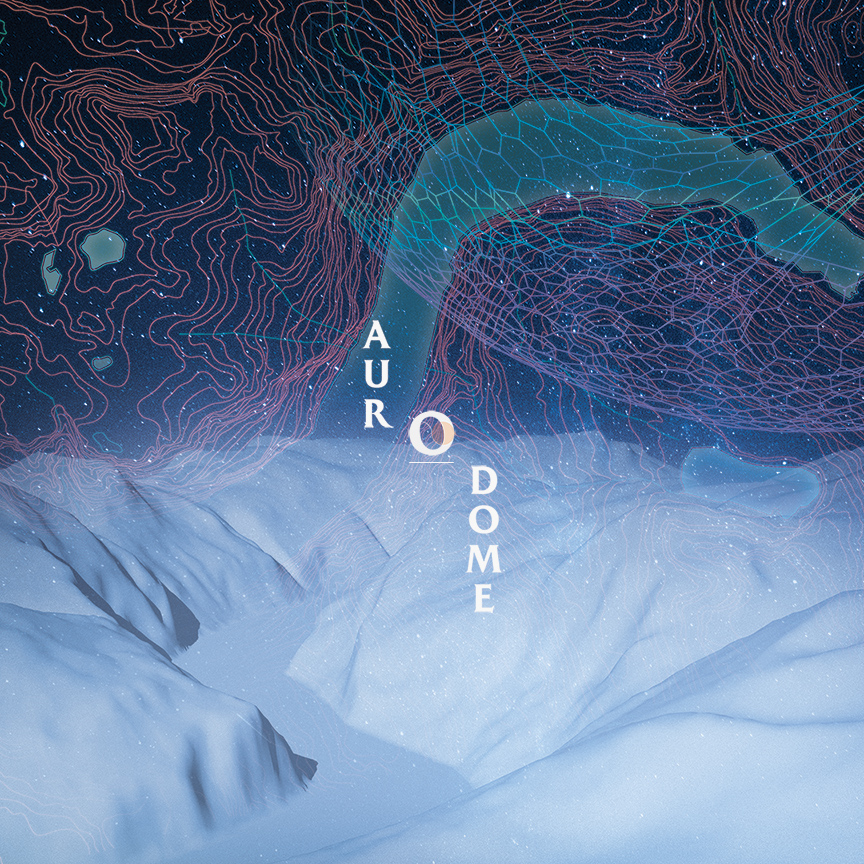 This thesis is about the design of an observatory in Geirangerfjord, which is considered one of the most beautiful places in the world thanks to its rugged nature with snaking glaciers and the mountain areas in the interior that resemble natural fortresses. Obviously, other natural wonders such as the Aurora Borealis, the Midnight sun, the fjords and the tranquility found in their national parks showcase Norway’s virtues. The goal is to create an architectural space where the landscape observation is the fundamental key point and a new meeting point for visitors and nature and a place where observation is a unique sensory experience. 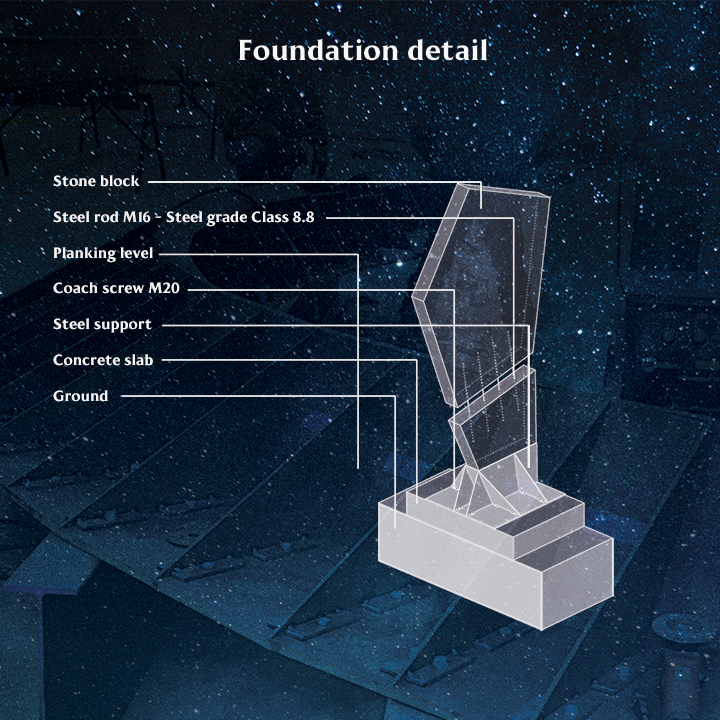 The typical Scandinavian geometrics, culture, colors and materials were also studied in order to understand the place and to be able to design a structure that allows visitors to observe the Scandinavian landscape and culture in the best possible way. The form finding method was used to generate an organic architecture capable of to narrate the place also thanks to the design materials, wood, sandstone and slate. The architecture was designed of blocks of sandstone to cut with a CNC machine and it is a funicular structure that works by compression. In order to improve the structure behavior, steel rods were planned inside the blocks to avoid using a sustain structure, which also saved money. This structure is broken into three areas with two entrances and exits. One area is where visitors can walk around, sit and rest before continuing towards or away from the mountains. The other portion is the service area where visitors can use the restrooms or sit in the lounge area where there is a bar to have something to eat or drink. Then on the other side there is the experience area that simulates the Aurora Borealis through wires and lights suspended from the ceiling. On one side of the structure there is a pool of water. It keeps the area warmer during the colder months and cooler in the hotter months. The Scandinavian colors were incorporated into the structure through the interior design. For example, the blue carpet in the lounge area, the wooden benches and the white walls. 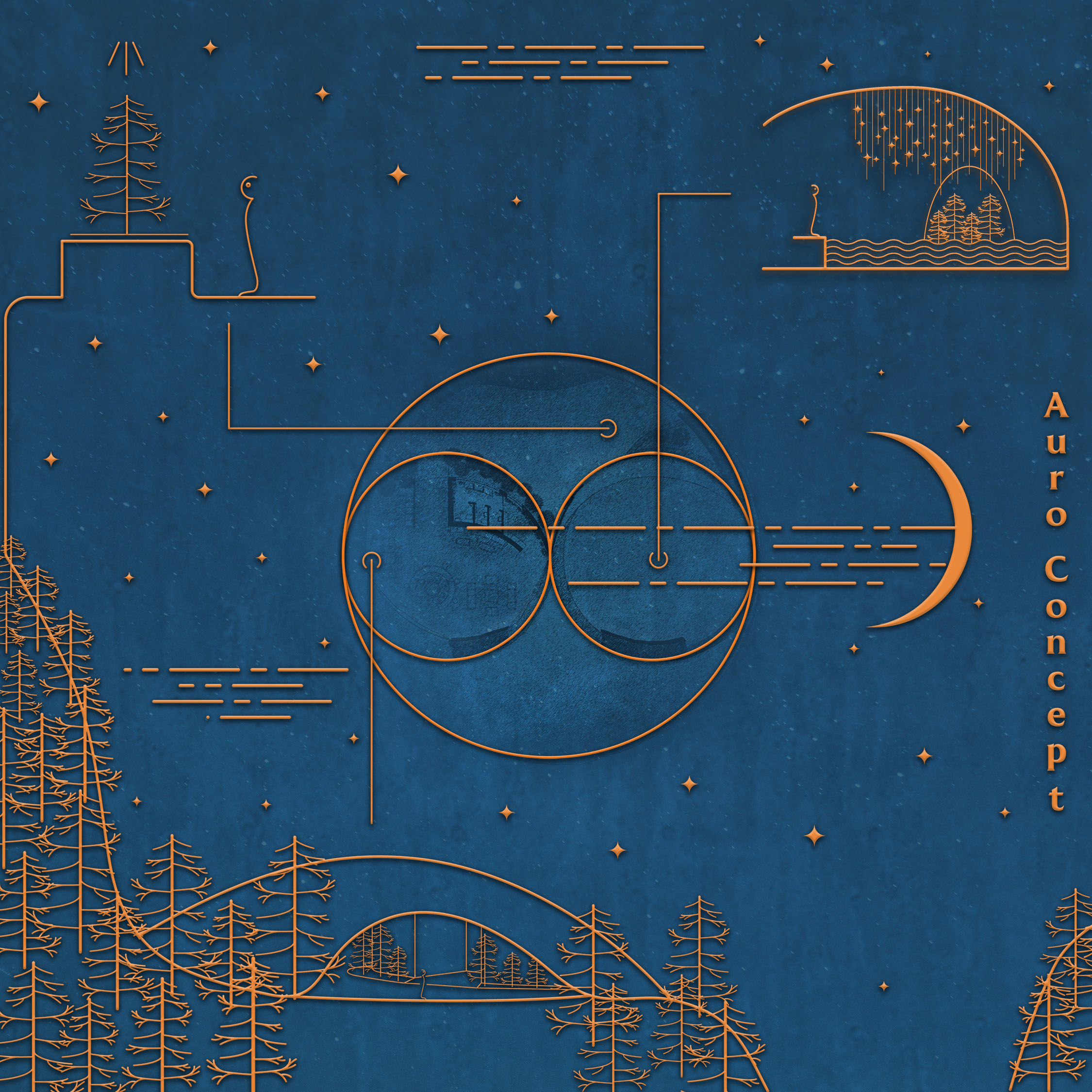 Voronoi diagram was used to discretize the shell because, studying several patterns, I’ve concluded that, both for the simulation phase of the project and for the building phase, it is preferable. During my work, I controlled the results through the FEM analysis and, based on the results, the voronoi system was chosen to be used again because it allowed for there to be less of a risk of collapse. Voronoi ensures a better aggregation among elements and it doesn’t generate a preferential direction of collapse. From the analysis, the work for traction is actually almost zero everywhere, except for some localized points where the values are at the limits of the material resistance. In conclusion, this thesis has included different design aspects from geometrical ones to structural ones. The integration between the space, services, experiences, environment and its history, new technologies and architectural research is the soul of a parametric design, which includes a set of different factors like structural behavior and design analysis. Today’s designs include many parameters that are analyzed through new instruments; therefore, changing the workflow while keeping the same parameters as in the past. 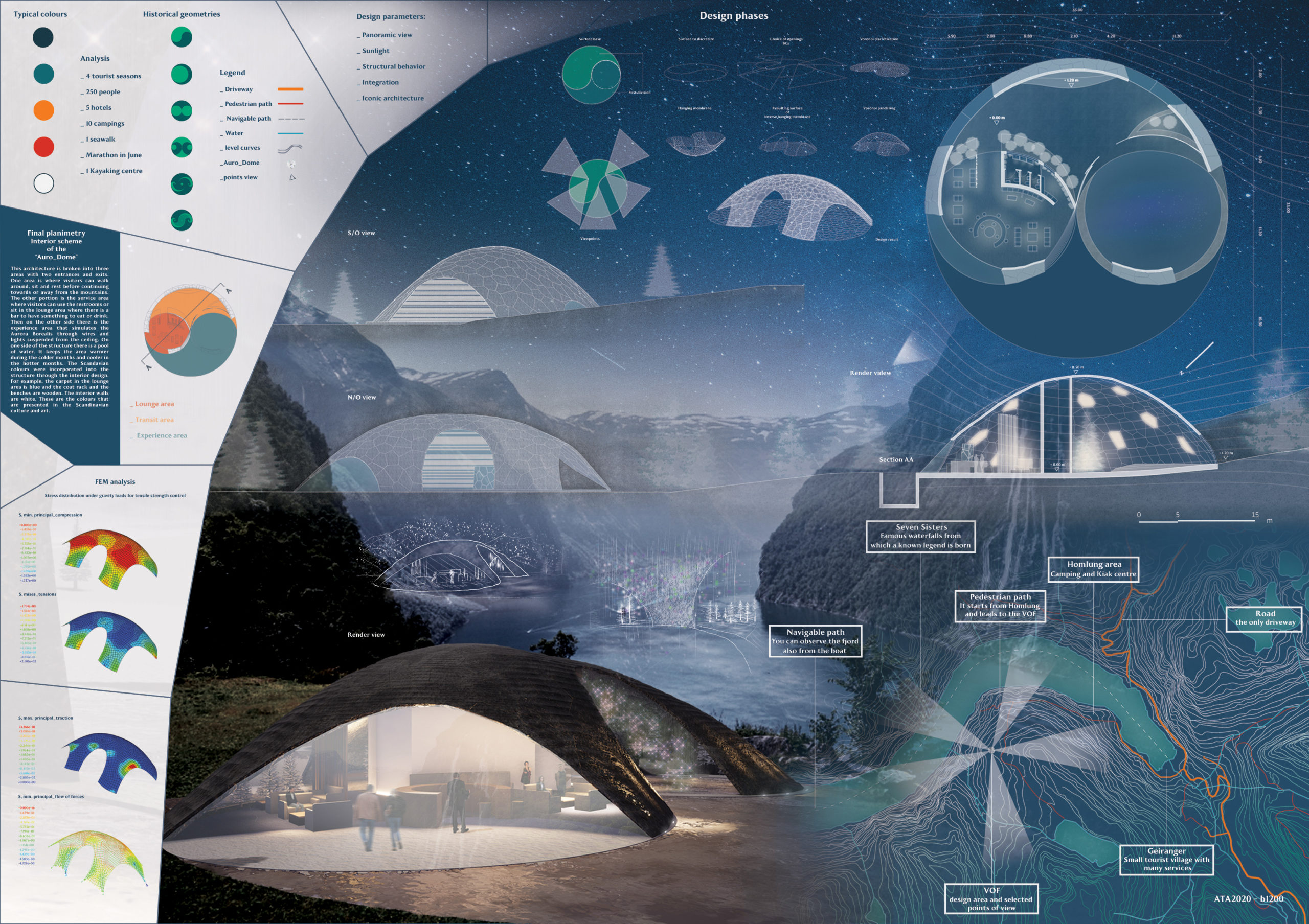 My name's Francesco Flore and I'm an architect and designer for the built environment. I studied in Naples, at Federico II university and during my studies I focused about computational and parametric design. I think which Architecture is a field too wide to sum up in just one word. Thus, I prefer to say that I'm working on an aspect, the computational design and I'm in love for all architecture.
FOLLOW
MESSAGE
LOGIN TO LIKE
[pro_ad_display_adzone id='2269' ajax_load='1' info_text='Advertisement' info_text_position='' font_color='#' font_size='11']