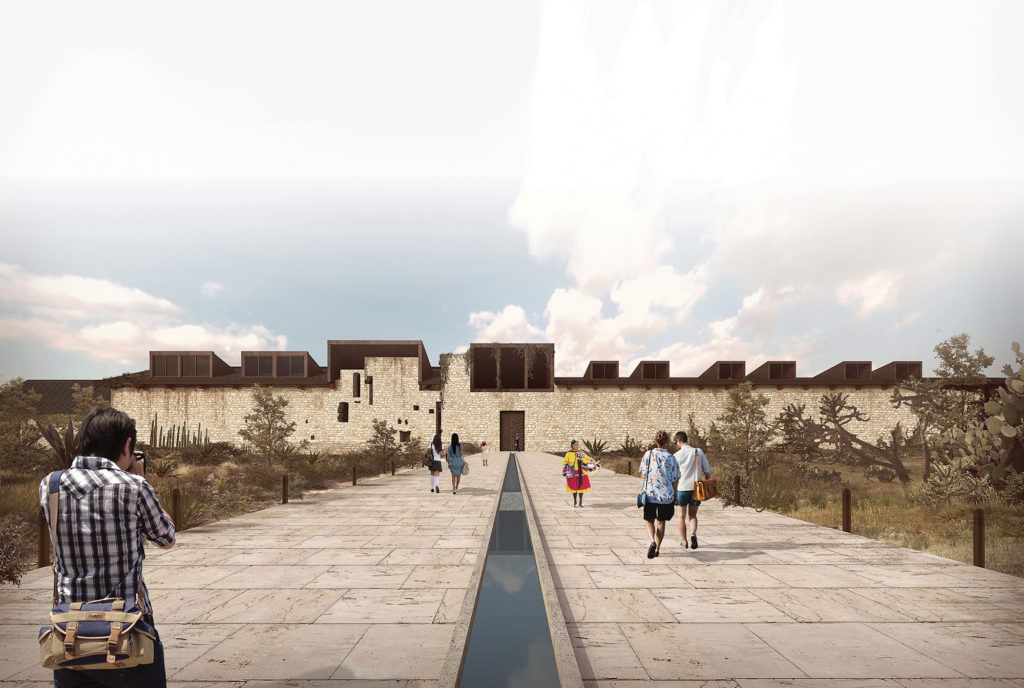 Mineral de Pozos, also known as “Pozos” is a town located in Guanajuato in the center of Mexico. Despite being considered a “ghost town” with a population of barely 2600 people, it is important because of the great amount of industrial heritage that dates back to the XIX Century.

Mineral De Pozos faces a lot of challenges: local economy has been affected due to low transit in the area, the lack of high-quality services, and little promotion of the site.

The project aims to detonate cultural, touristic activities by transforming the abandoned mines of “Cinco Señores” into a mixed-use complex for arts and entertainment that will serve as an economic catalyst for the area and the inhabitants of Pozos. 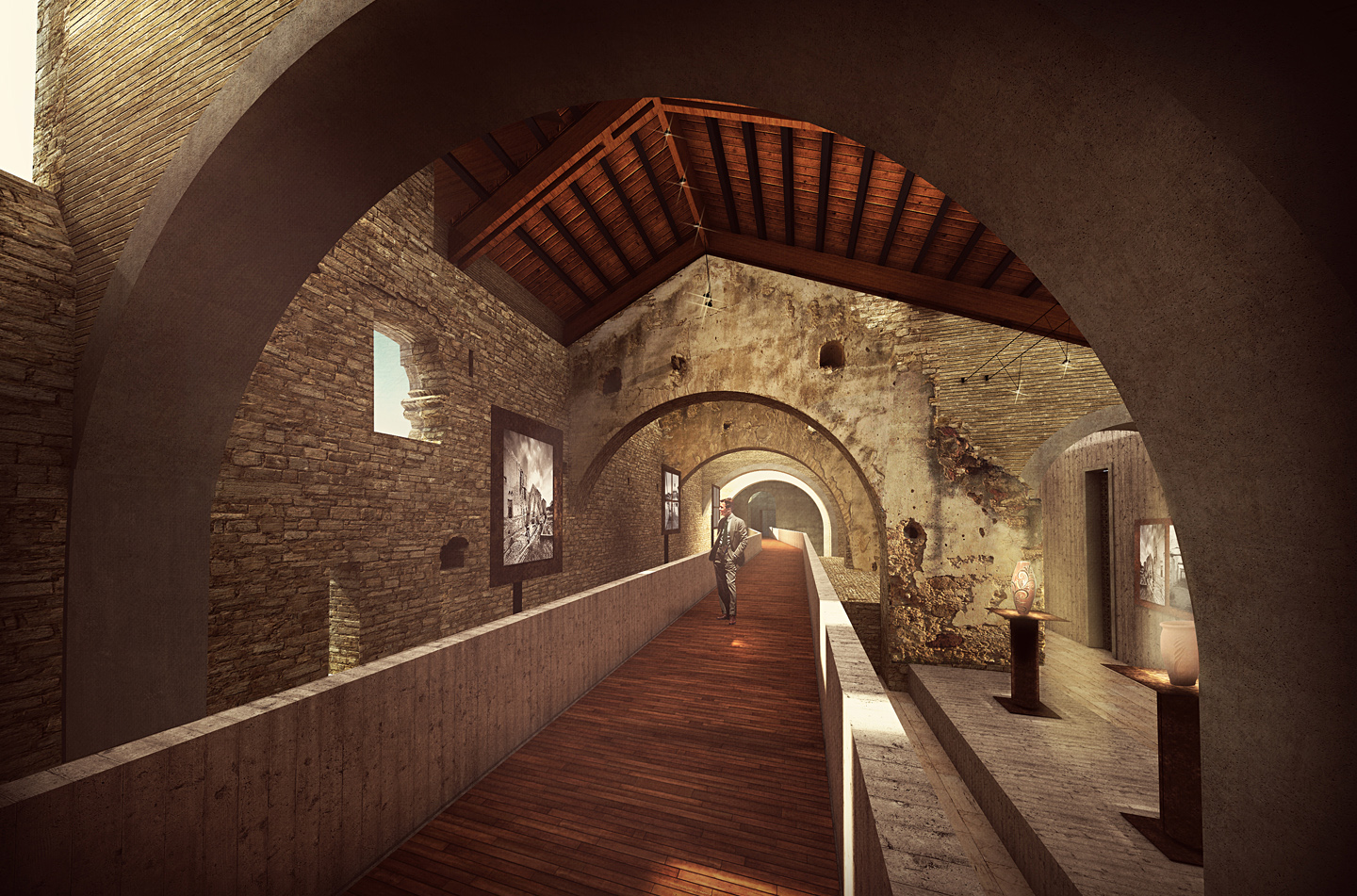 Influenced by the romanticist vision of inhabiting ruins, this project roots itself in the works Charles Louis Clérisseau, Giovanni Piranesi and Kenneth Clark, who noted the importance of revaluing the ruin as a work of art with its own individuality, atmosphere and charm. However, the importance of preserving vestiges goes beyond their esthetic value: they matter because they are evidence of a past society or group of people whose collective effort adds valuable information of anthropological interest. Studying analogue projects was an important step in the conceptual process as well as taking a close look into the Venice Charter and the theories of the “Restauro Critico” by the Italian architect Andrea Bruno and the work of other recognized architects in the field of interventions in heritage sites: Luigi Snozzi, Aurelio Galfetti and Carlo Scarpa. Some intervention rules were defined: A) The dialogue between the pre-existence and the new additions must be respectful and harmonic. B) Preserve the site’s memory and its historic layers. The intervention must not erase the scars of time. Instead, it must exalt them. C) Materials must contrast in texture to clearly identify the original parts from the new ones. These additions do relate in the scale and tonality with the vestiges by using local materials such as stone, brick, and wood, but still remain easily identifiable from the original parts to avoid historic falsifications. 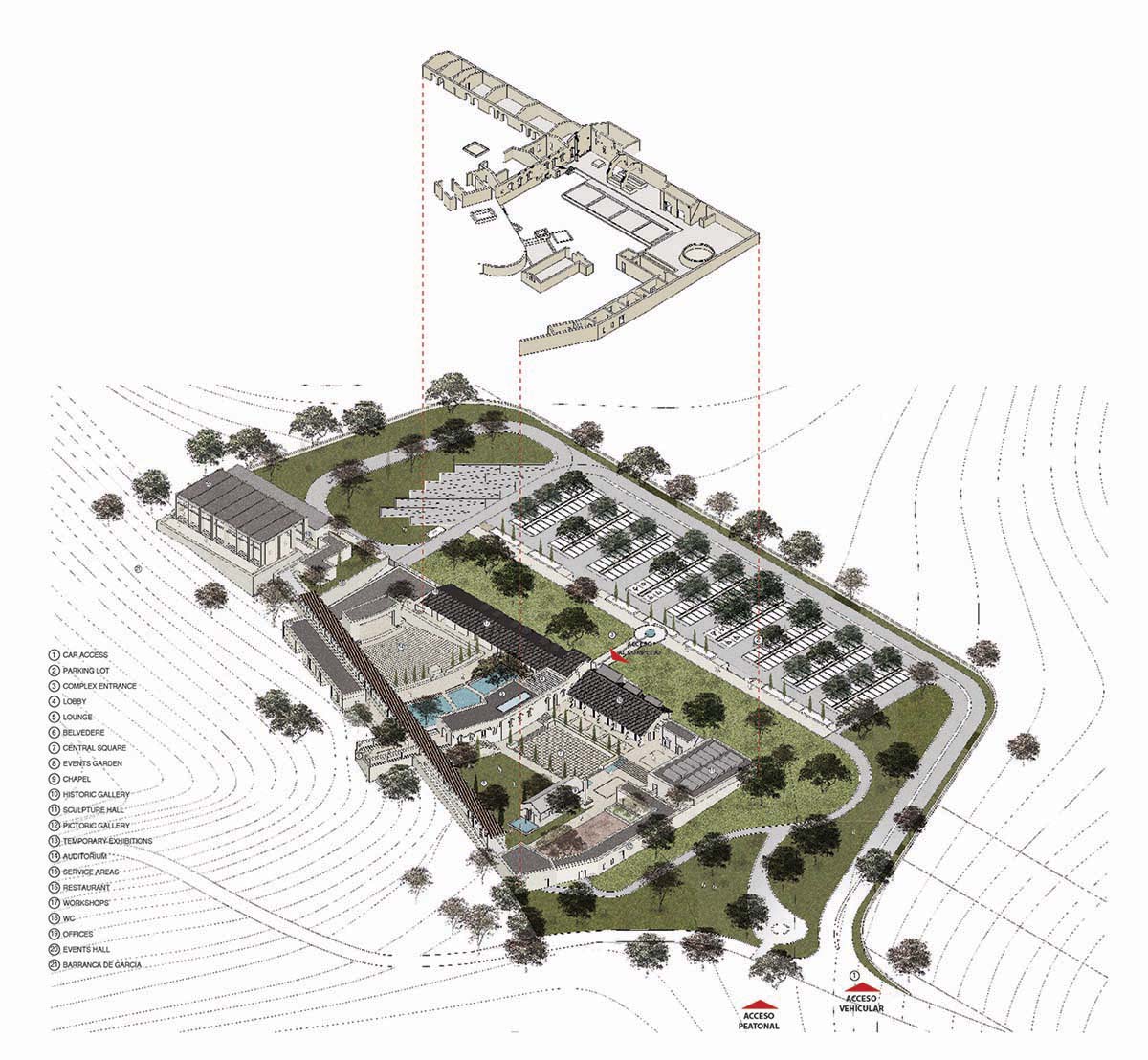 The Arts & Spectacles Centre Cinco Señores is a 35,000 sq/m complex built from the ruins of an old abandoned mine. The program can be grouped in three main families: a) Art & Culture: Due to the town’s growing artistic vocation, the venue brings together in its program spaces for cultural activities, such as an auditorium and open-air cinema, a museum, an art gallery and workshops. b) Social Events: Due to its beauty and tourist attraction, Cinco Señores sets the possibility of hosting social events such as weddings, cocktails, conferences, etc. The complex is prepared with a chapel, and a big dance hall for celebrations. c) Leisure: The venue also has dining facilities such as a restaurant and a lounge bar that enjoy some of the best views in Pozos. By covering the galleries, connecting the open spaces and creating gardens, the complex acquires a completely different sense of use, becoming a space for the promotion of local talent and arts in Mineral de Pozos. The complex is expected to draw from neighbour cities approximately 6000 people a month, three times the actual population of the town. 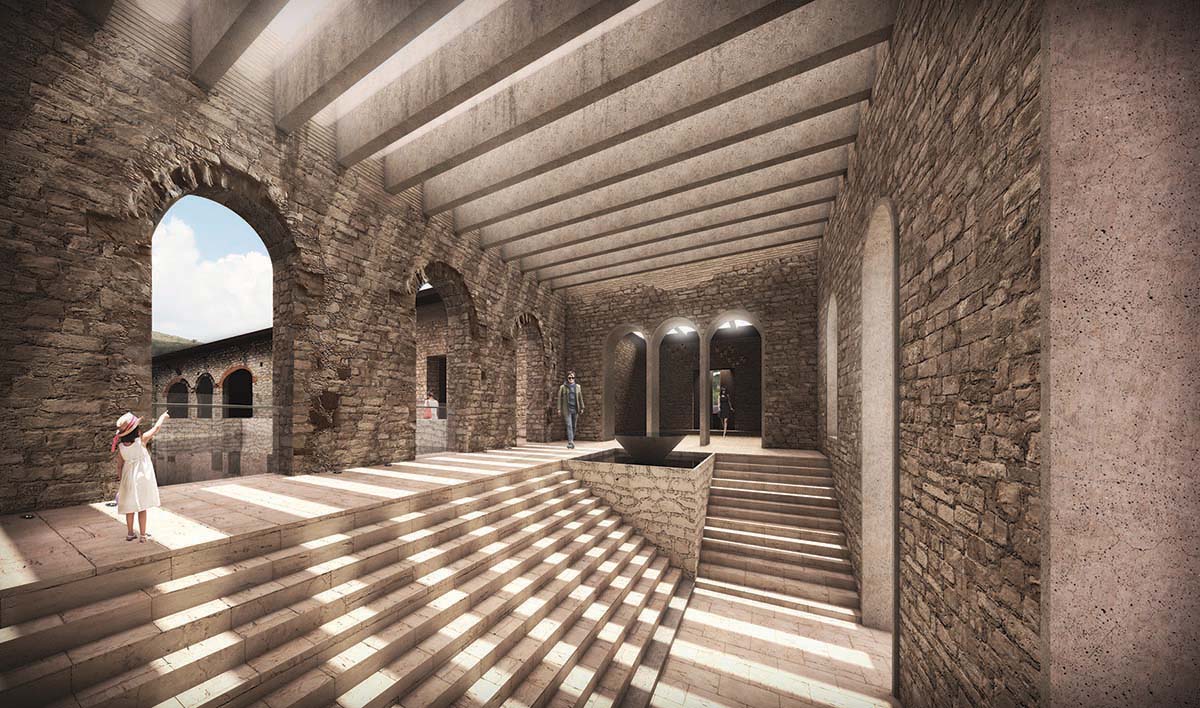 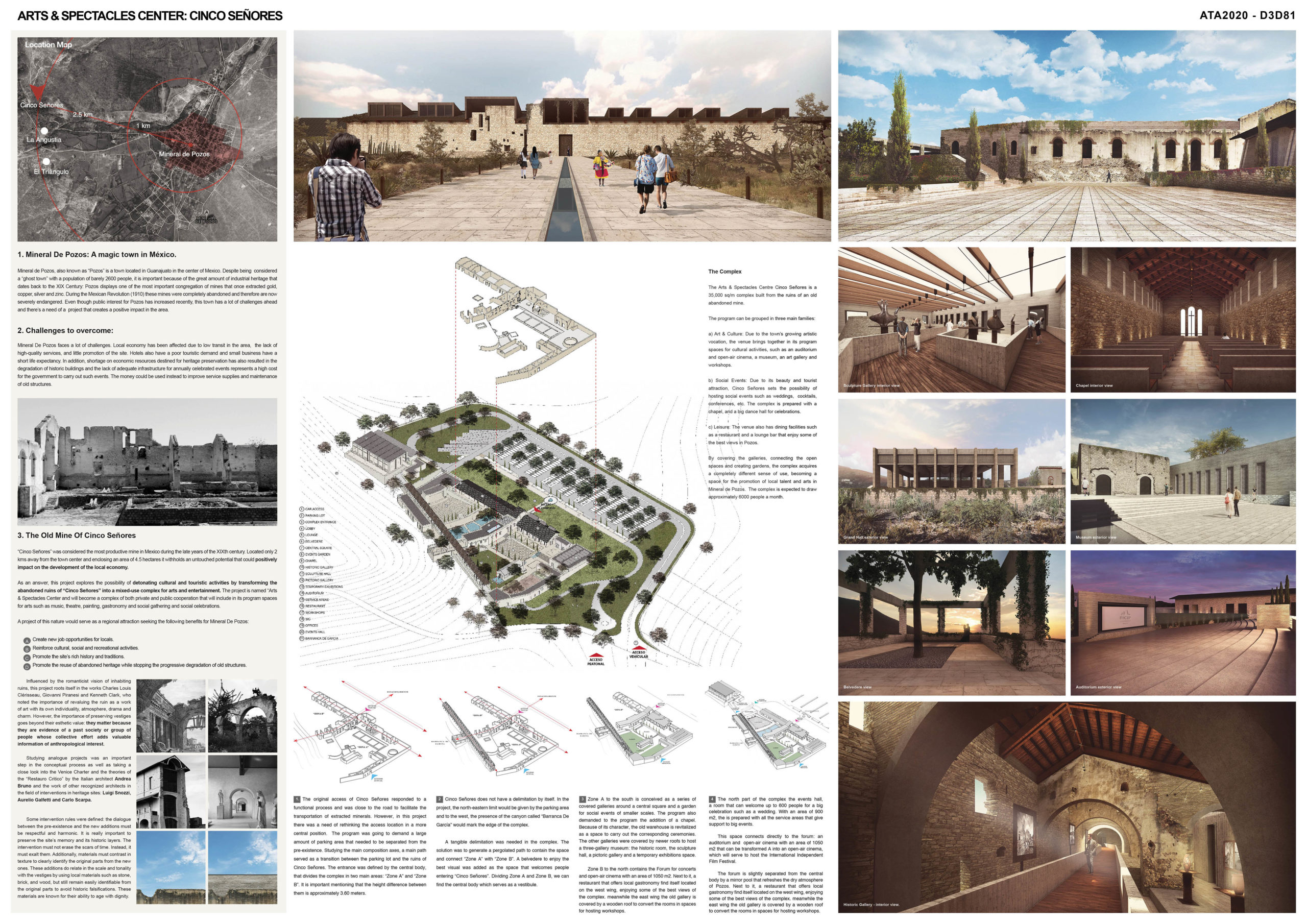