This work aims to reflect upon the teaching of architecture and the space where it occurs. Architecture theory and practice are almost inseparable, however there is an ever-growing gap between academy and the cities where we live. Even thought a lot has changed from the first european academies, most young architects are still unprepared to deal with the real context and issues that involve our profession. Architecture universities are complex and vital institutions, but they do need reformulation. By no means this project aims to create an ideal space or something like it -even because it does not exist. The goal is to open space for discussions and to raise questions we usually ignore. Can we rethink the architecture education?

Divided in three parts, the project is developed through an extense research on architecture education and architecture universities. All project decisions were based on four case studies, more than 40 interviews with students and professors from over 20 universities and my personal experience as a student for the last six years. DETACHMENT: on an urban scale, the project relates to the existing gap between academic and professional practices. From the site choice to specific design details, it should blur the line between student and citizen, school and city and private and public. Situated at the city center of Rio, the site is 6000m² and delimited by four streets. Where it was once built the first architecture university of Brazil, now it is only occupied by a parking lot. Morfologically, it is an entire block in the middle of a dense urban grid, being it one of the few empty spaces avaiable. Located between the Avenue Presidente Vargas and the Tiradentes' Square, it can be accessed by three subway stations and several bus and trains routes. The macro relation the building stablishes with the site can be seen on the geometry, facade, materiality, height and uses. The building is set back from the site limit to increase natural lighting on the narrow streets; The facade rhythm is developed from the colonial buildings around it and the rough materials on the first floors makes reference to the old buildings contrasting with the perfurated steel screen on upper floors. 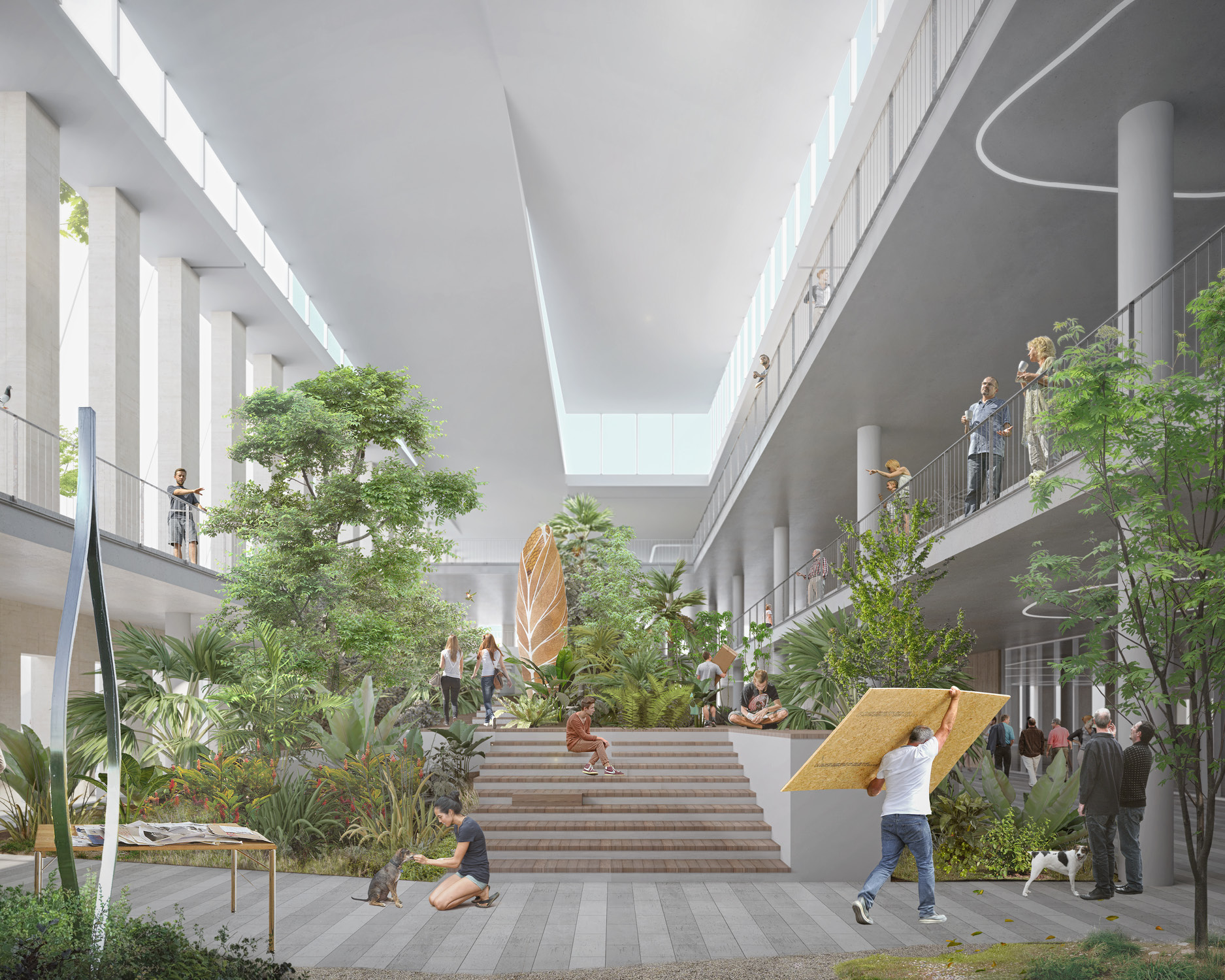 PROGRAMATIC ADDICTION: the concept of a third reality and the spaces called social-condensers are the key points to defining the public areas where there is no specific, pre-stablished use. The university should act as a public space that relates daily to the educational use of it. Divided in three bigger areas, the non-defined spaces is where architecture acts mostly as infrastructure. Contrary to the false idea that architects should control and define all spaces based on a program, the project gives back to the city more than a third of it's area as an open air or enclosed plaza, on different levels. STUDIO: the core of architecture education for more than two centuries, the studios reinforce an idea of an architect that has the project as only way of professional practice. It divides our education in studios vs. theoretical classes and limit our experience of the space of universities. The proposed gradient should replace the studio spaces as we know, going from a totally informal open-space connected to the main atrium (sheltered plaza) towards a more private, intimate enclosed area. By multiplying this pattern, the project increases the complexity of classroom spaces and enriches the learning experience. 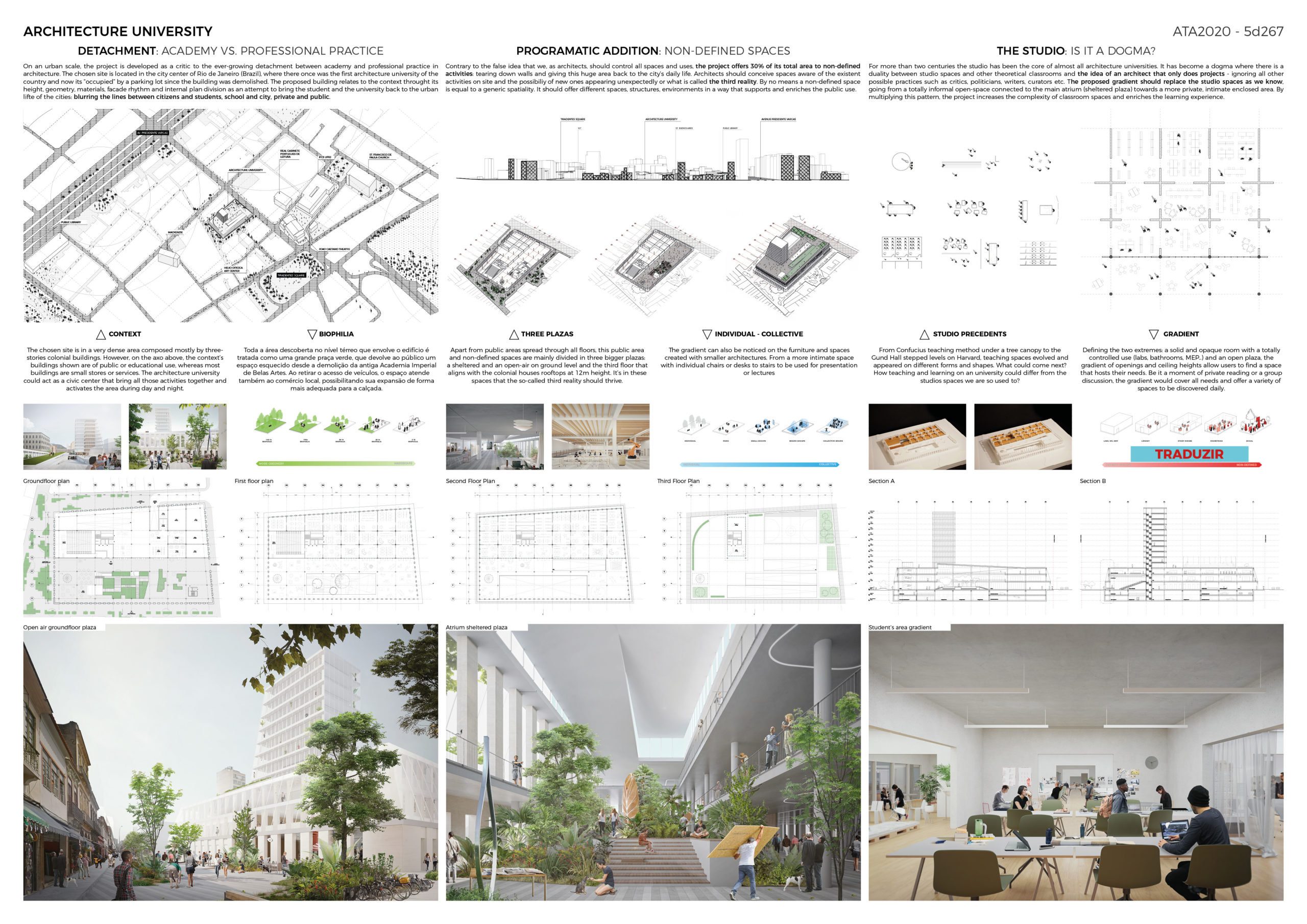