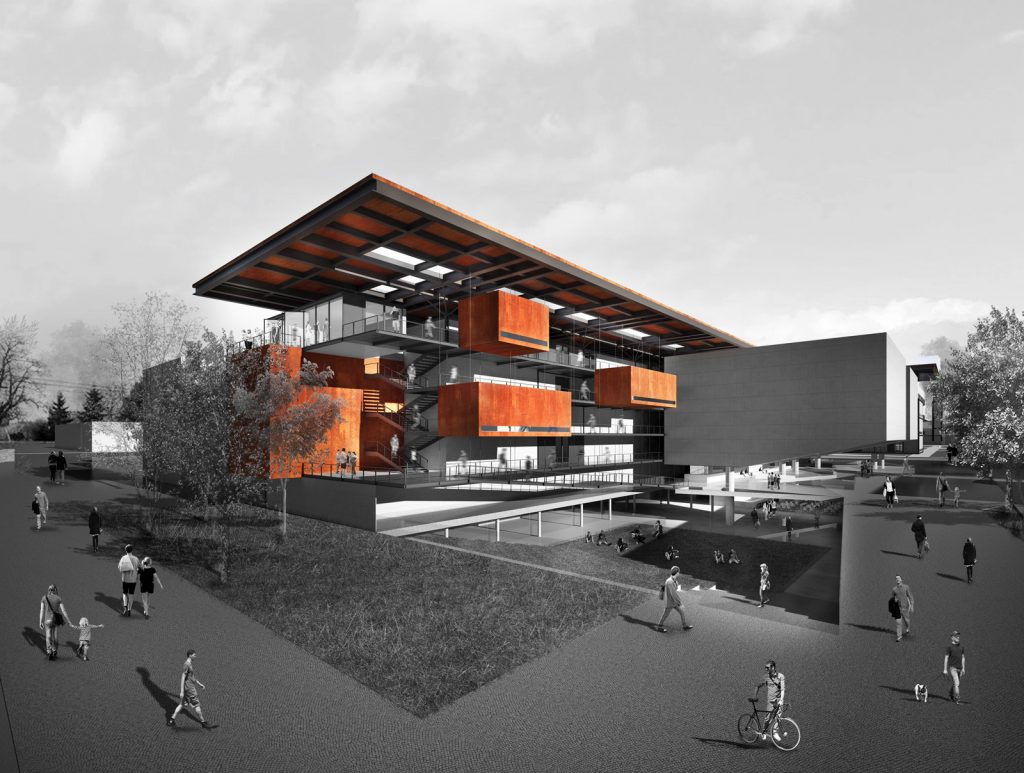 […] space is not simply three dimensional projection of a mental representation, but it is something that is heard, and acted upon […] spaces of movement – corridors, staircases, ramps, passages, thresholds, here begins the articulation between the spaces of the senses and the space of society […] bodies not only move in but generate spaces produced by and through their movements. TSCHUMI, Bernard. “Architecture and Disjunction”
The MIT press, Cambridge, 1994. 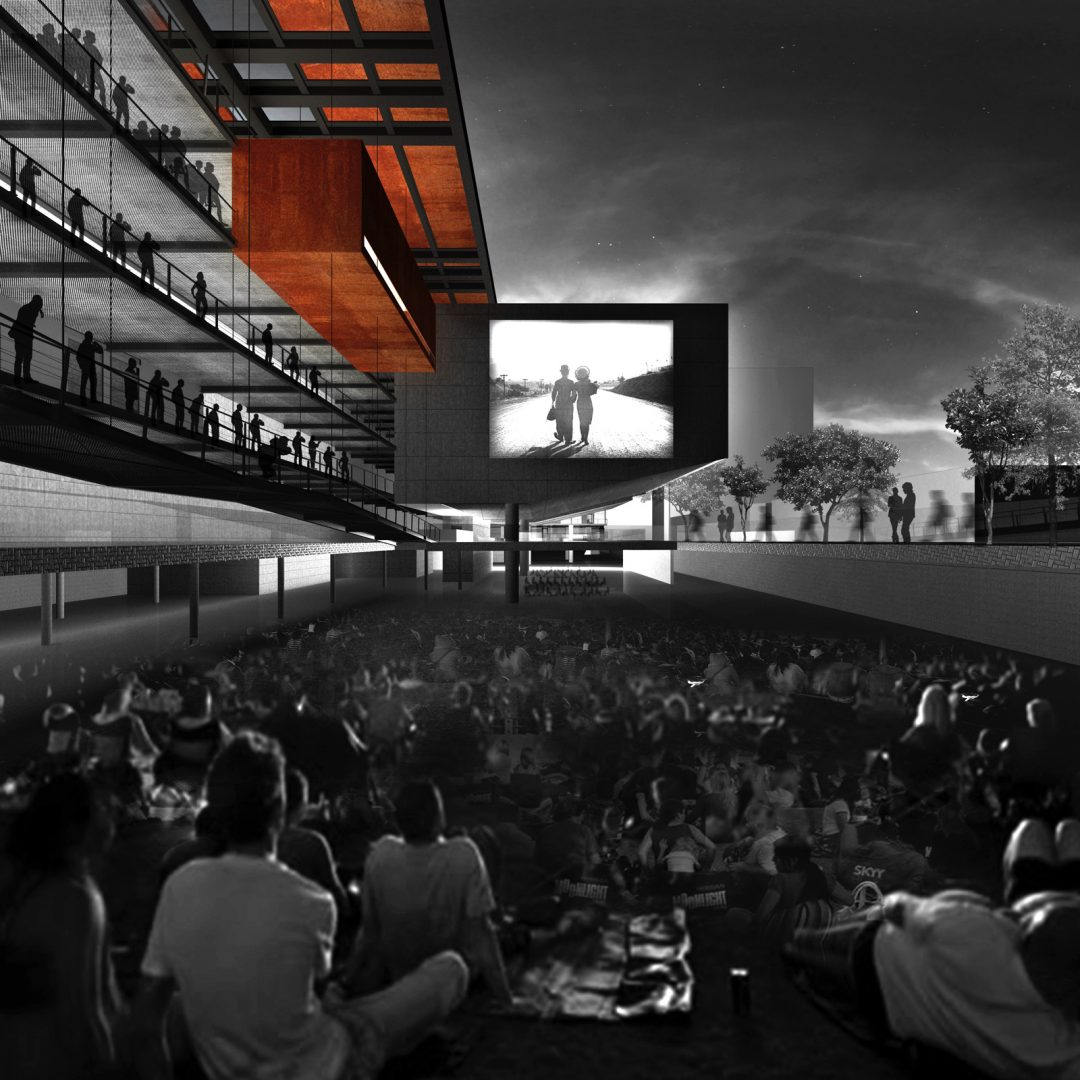 The proposal consists of the study of the urban connection from a void in the city of São Paulo – Brazil, that functions as an urban barrier separating two public spaces. The project is to act in this space, articulating these two territories through a cultural equipment, the cinema, with the objective of promoting new points of meeting and coexistence, when related to public space, has the capacity to establish affective bonds between the bodies and the spaces. Transforming an idle place into an active place, fundamental to urban dynamics, as well as promote a new cultural dynamic and offer a requalified space to the city. 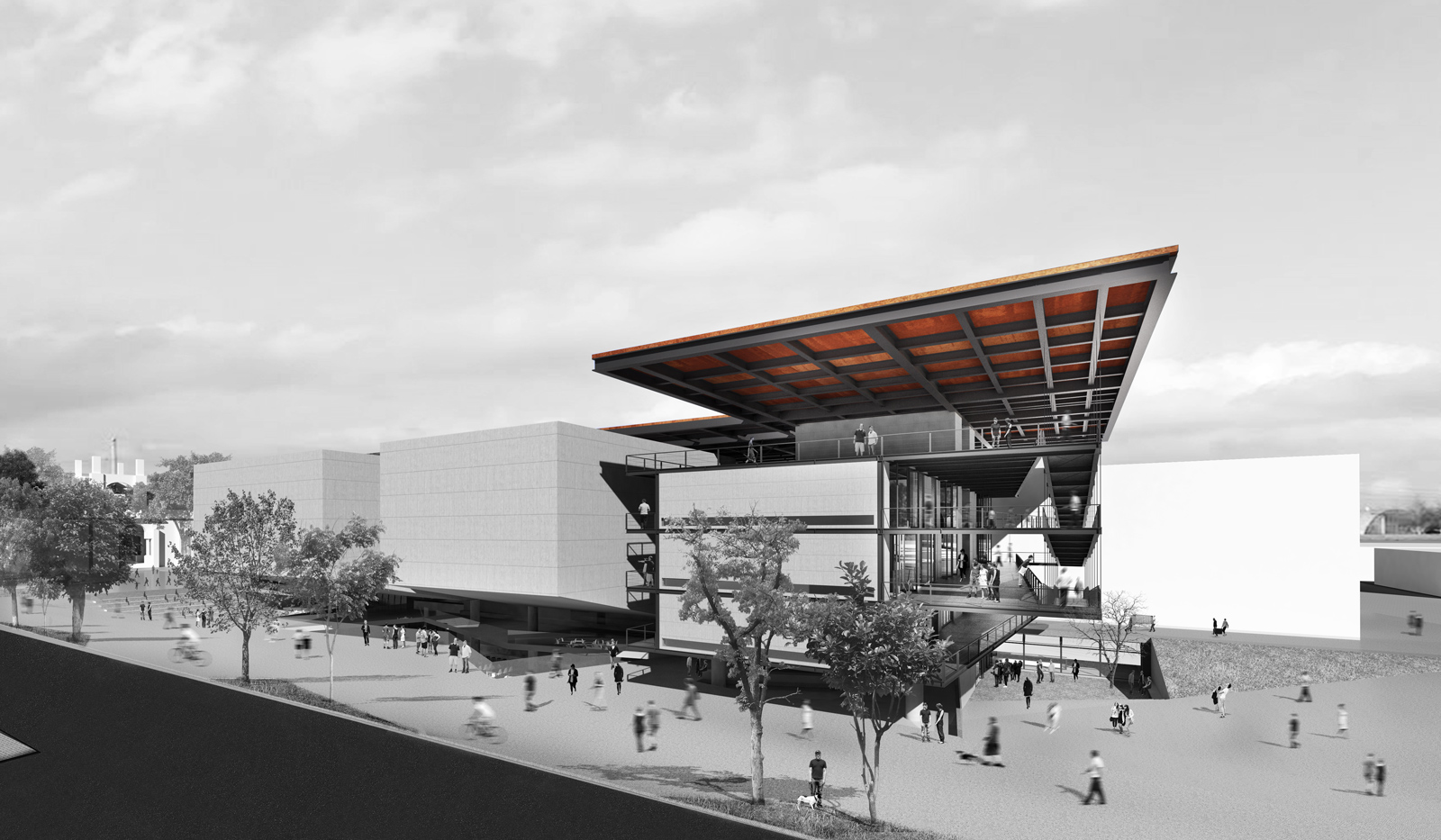 Based on these guidelines and the urban context, the project idea comes up with the conception of the main ground on two levels and the blocks following the longitudinal alignment of the terrain, elevating them to release the ground and integrate it into the pedestrian promenade. The project is organized into three categories: urban, cinemas and film school. Set up "urban" collision spaces, movements and the articulation of the territory. They are the public access areas, such as the amphitheater, restaurant, bookstore, exhibition gallery, cinema museum, foyer and finally the catwalks and ramps, which were designed as living spaces between the film goers, students and teachers. The "movies" are the views rooms, which also enable new experiences with film, such as rooms for smaller groups and coffee cine. In addition, the "film school", which aims to promote the professional, socio-cultural and personal development of young people through the audiovisual, acts as Studio School, as its structure and equipment function as a professional producer however is used for education. 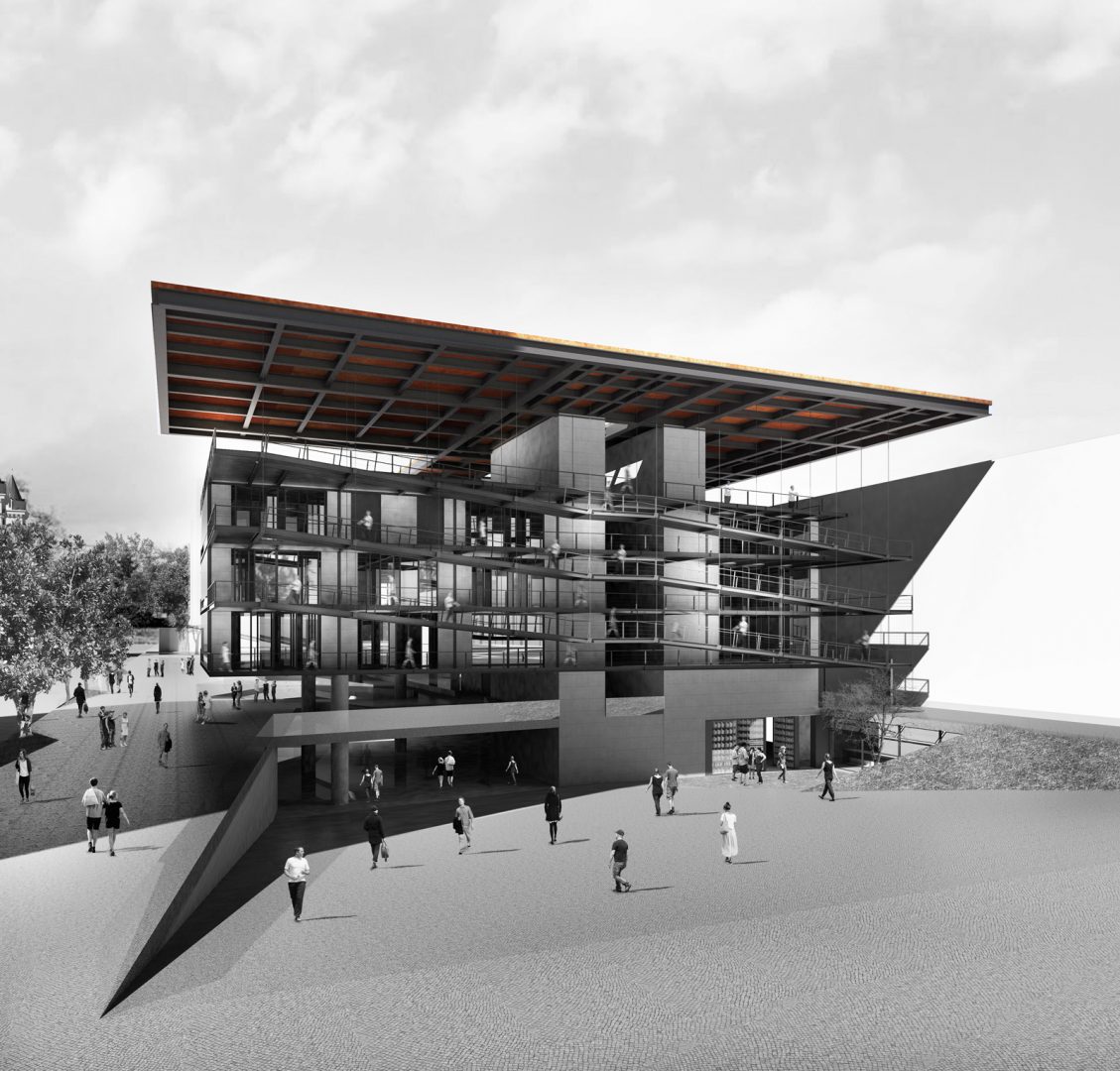 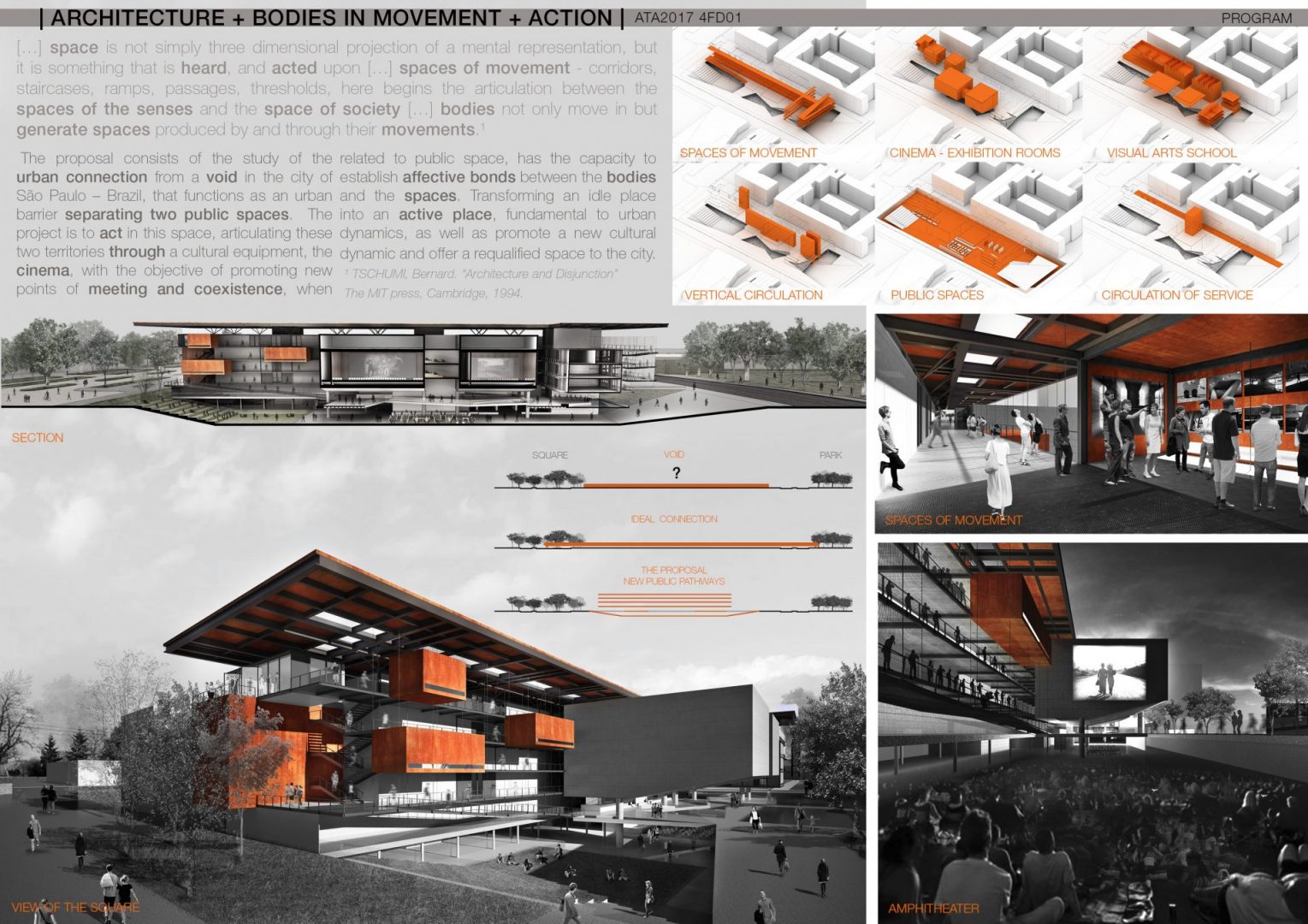